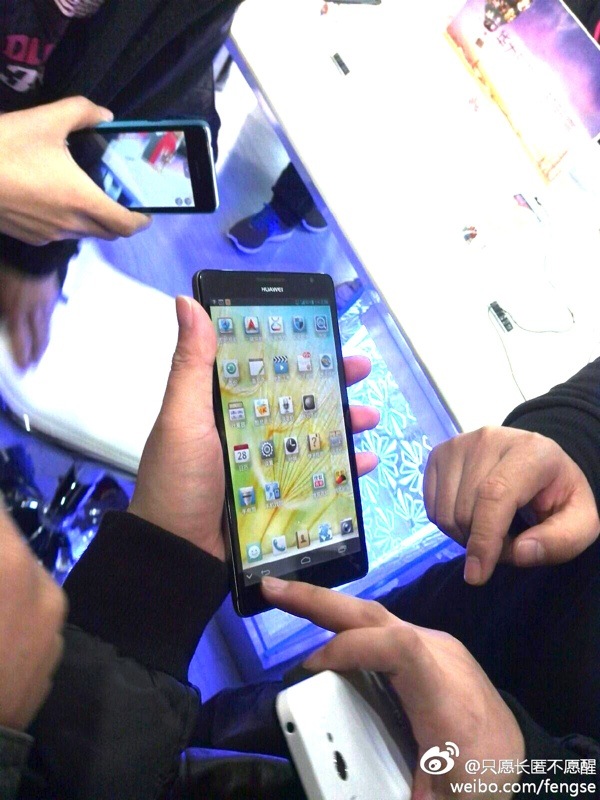 Huawei has already confirmed that they’ll be announcing the Android-powered Ascend D2 and the Windows Phone 8-powered Ascend W1 at CES in a couple week. However, they have a bit more up their sleeves… and it’s massive. How does the 6.1-inch Ascend Mate sound? Huawei exec Richard Yu decided to show some lucky customers the beast at a store in Guangzhou, China. Pics and videos were captured, as were specs: runs Android (not sure what OS), has a 1080p display with a 361ppi, 1.8Ghz HiSilicon K3v3 quad-core chip, 9.9mm thin and a 4,00mAh battery.

There’s no word on if this phablet will be hitting Canadian soil, but we’ll bring you some hands-on time while we’re at CES in a couple weeks. 6.1-inches is slightly smaller than the rumoured Samsung Galaxy Note III at 6.3-inches. Video below.