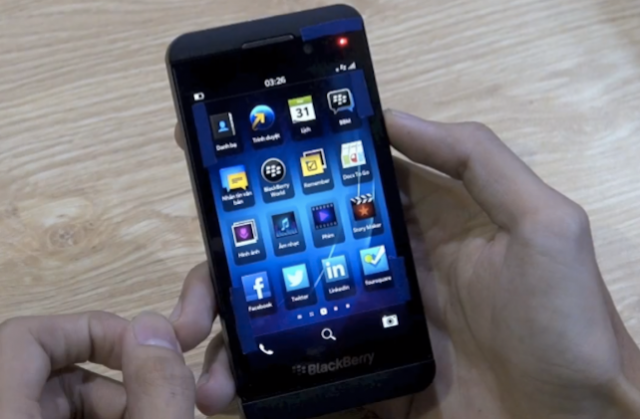 If high-resolution photos weren’t enough to whet your appetite for the upcoming BlackBerry 10 L-Series device, the same folks at Tinhte.vn have put together a five-minute video outlining what the phone looks like and what it can do.

The device looks remarkably similar to the Dev Alpha device that has been floating around for the past few months, which lends credence to the idea that it contains final hardware wrapped in a “shell,” much like what Samsung did when seeding out tester devices for the Galaxy S III.

With a soft textured backing, iconic BlackBerry logo and a subtle, cropped camera lens/flash combo, the device appears to be every bit a “miniature PlayBook,” which in our eyes is a good thing. From the front it looks like RIM has completely done away with its previous design ethic, opting for a clean, distinct top and bottom bezel and what looks like an AMOLED screen.

Like recent BlackBerry devices, the L-Series features a prominent notification light (flash, flash, flash) and a volume rocker with a third middle button for playback pause and resume. 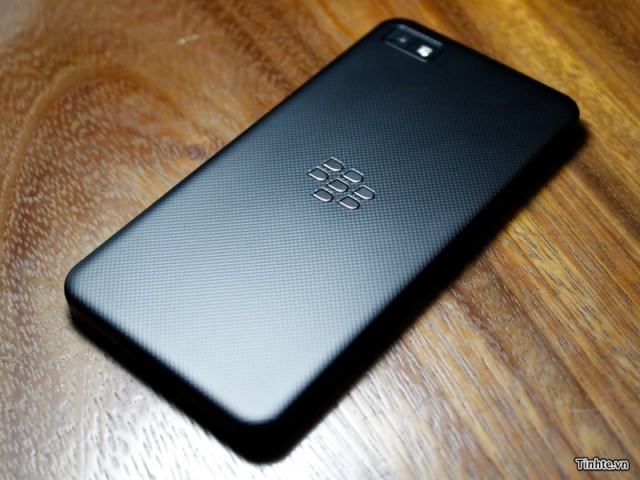 BlackBerry 10 itself looks to be in a relatively finished state, with the new BlackBerry World app (as opposed to App World, which has been deprecated) and the rounded icon sets that were made public in the past few months. Performance seems smooth, and interaction with the OS, from the horizontal swiping and “peeking” mechanisms to the general sprightliness of app launches, seems to bode well for the impending product launch.

As for apps, you can clearly see Facebook, Twitter, LinkedIn and Foursquare icons adorning the bottom row of the first screen, but it’s nice to see Box and Dropbox support making an appearance, too. We’ve heard that the OS will also feature heavy Evernote integration using the company’s write API, which will be nice for syncing quick notes, annotations and documents.

It also looks like the removable battery is going to be large enough to obtain all-day battery life, but we’ll reserve our judgement for the finished product.

Check out the full clip before it’s taken down, and let us know what you think!