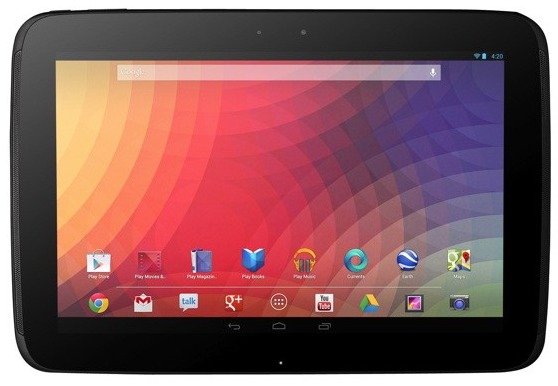 Google’s Android design mastermind, Matias Duarte, was plucked from his role at Palm in 2010, weeks after the company was acquired by HP. He was responsible for the beautiful and functional aesthetic overhaul in Android 3.0 Honeycomb, which was a large influence on the phone UI’s eventual redesign in Android 4.0 Ice Cream Sandwich.

A day after the announcement of the LG Nexus 4, Duarte took to Google+ to answer a few questions about the Nexus program. The queries were varied and passionate, but one thing that came up repeatedly pertained to why Nexus devices don’t have microSD slots. This has been contentious from the very beginning of the program, but with the announcement of the Nexus 4, it’s even more important. The $309 version of the device has 8GB of storage; the $359 one comes with 16GB. There is no $409 32GB version, and Google will not comment on its future availability.

This understandably left a lot of users feeling quite perturbed. While the price is right, its lack of expandable storage means that users cannot easily transfer media to and from several devices without tethering first to a PC. Says Duarte on the matter:

Everybody likes the idea of having an SD card, but in reality it’s just confusing for users.

If you’re saving photos, videos or music, where does it go? Is it on your phone? Or on your card? Should there be a setting? Prompt everytime? What happens to the experience when you swap out the card? It’s just too complicated.

We take a different approach. Your Nexus has a fixed amount of space and your apps just seamlessly use it for you without you ever having to worry about files or volumes or any of that techy nonsense left over from the paleolithic era of computing.

With a Nexus you know exactly how much storage you get upfront and you can decide what’s the right size for you. That’s simple and good for users.

When it comes to the simplification of the tablet interface in Android 4.2, Duarte is also protective of the change. He says that users want a consistent experience across device sizes:

Consistency and usability are really important to us, and that’s something we strive to improve in every new version of Android. Now in Jelly Bean we’ve made the universal software navigation buttons and system bar consistent across all screen sizes.

This new configuration is based on usability research we did on all of the different form factors and screen sizes that Android runs on. What mattered most of all was muscle memory – keeping the buttons where you expect them, no matter how you hold the device.

Phones are almost always used in portrait mode, flip sideways occasionally, and never go upside down. As screen sizes get larger though, any which way goes. Imagine the frustration you’d feel if every time you picked up a tablet off the table ‘the wrong way up’ you found yourself reaching for a home button that wasn’t where you expect it to be? That irritation adds up and over time like a tiny grain of sand in your shoe and undermines the rest of your experience.

The Jelly Bean system bar always keeps the same 3 buttons where you expect them. This happens dynamically for every screen size, up until you get to small handheld screens where stacking the bars in landscape mode would leave too little vertical space.

The second thing we discovered was that there are almost as many different ways of holding our devices as there are people. In fact people love to use their Nexus so much that they use them for such long periods of time that having a single ‘correct grip’ is actually counter productive and increases hand strain. The Jelly Bean navigation buttons work equally well for left handers and right handers, one handed use, or two handed use, and for devices you’re carrying, resting on your knee, or putting on the table.

Last but not least, by unifying the design we are now able to put Notifications and Quick Settings right where you’d expect them, and only one swipe away.

Many users in the Google+ thread threaten that they won’t purchase a Nexus 4 or Nexus 10 tablet due to lack of expandable storage. While this is certainly a big deal to some, I’d imagine that the pair’s low prices will encourage a considerable number of sales that wouldn’t have otherwise invested in the Android ecosystem, offsetting the lost sales from those expandable storage holdouts.

What do you think? Will you be buying a Nexus 4 or Nexus 10 despite a lack of microSD slot?

Android 6.0 Marshmallow is now unofficially available on the Nexus 4