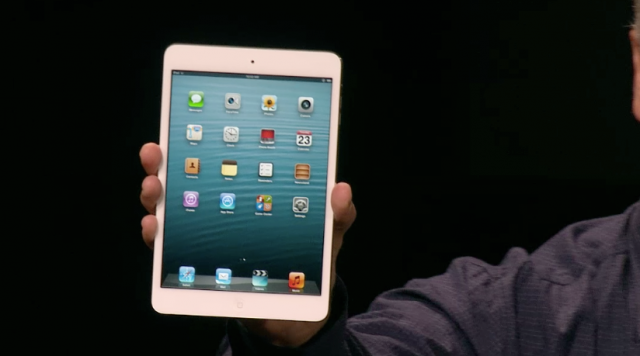 Apple has started to take pre-orders for the 7.9-inch iPad mini, plus the fourth-generation iPads.

The pricing of the iPad mini starts at $329 for the base 16GB Wi-Fi only model, then gradually increases to $429 for the 32GB, and $529 for the 64GB. If you’re interested in scoring Wi-Fi + Cellular version, the cost jumps a $132 more for each model, compatible on Rogers, Bell and TELUS. It looks like the White Wi-Fi only versions of the iPad mini is a desired tablet as the shipping date has slipped to 2 weeks, but the black version will hit your door around November 2nd. Apple also states that you can pre-order the Wi-Fi + Cellular version, but delivery will ship “late November.”