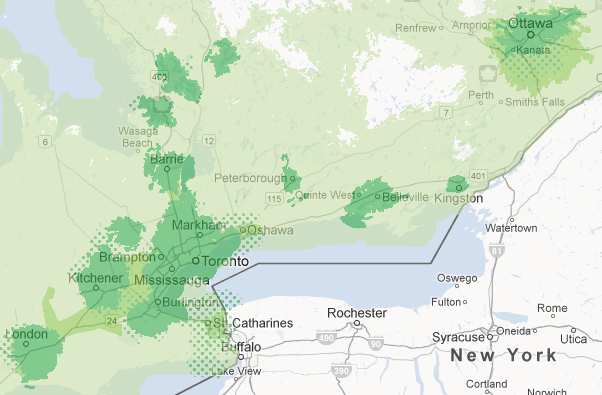 How much is an exabyte? Well, it’s a million terabytes, or billion gigabytes. That’s a lot of data.

According to ABI research, the global mobile network traffic expected to be generated by 2017 is some 107 exabytes, more than eight times the number we’re experiencing this year. This figure is actually below the one predicted by Cisco during their last annual “state of the internet” report, which predicts usage will climb to roughly 120 exabytes by the end of 2016.

Regardless of who is right, ABI assures us that global networks will be able to tackle the burden. Unlike 2012-2015, when global mobile data is expected to grow by more than 50% a year, by 2017 it should reach a steady but predictable incline. And with the proliferation of LTE networks across the world, as well as advanced WiFi switching capabilities to offload some of that carrier data, the strain shouldn’t be too much.

Here in Canada, LTE continues its expansion. Bell is launching its 150Mbps-capable LTE network in Toronto, while all three major carriers continue their expansion into smaller cities. We’re hoping that, as 3G blankets the country now, by 2017 LTE will do the same. Once that 700Mhz spectrum auction is complete, the low-band frequency will be able to reach farther into remote areas while delivering the speed and reliability we can only achieve using the 850Mhz band on 3G today.