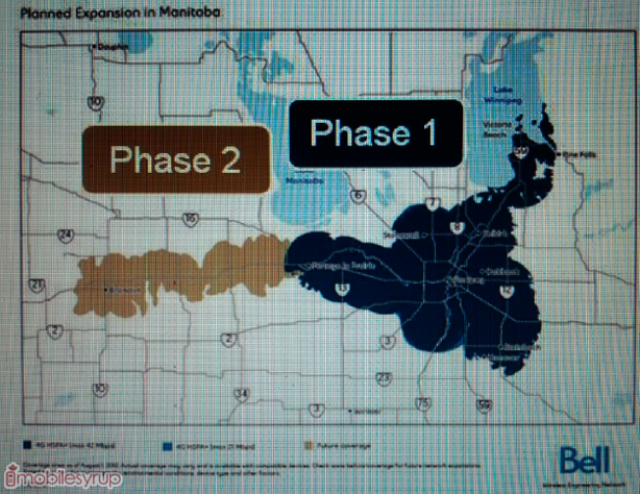 It’s now official. Bell will be going live with their “powerful HSPA network” in Manitoba on August 1st (this also includes Virgin Mobile and MNVO PC Mobile). The rollout will be in two phases with phase 1 covering “69% of the Manitoba market” including Winnipeg, Oakbank, Stonewall, Selkirk and Steinbach. Phase 2 will see coverage extend by another 5% and reach both Brandon and Portage la Prairie.

There are some restrictions. According to the internal document we received it states that “While a Bell client will enjoy access to a powerful network offering 4G speeds while in the Bell network coverage, service outside of the network will cease until the client returns to the Bell network. As a result calls will not be connected; Data & SMS will not be available. 911 will continue to be available as long as the client is in coverage of other wireless providers…. At present, roaming outside of the Bell HSPA network in Manitoba is not available to Bell clients. This means that wireless service is limited to the network coverage area.”

There’s no indication of Bell expanding LTE to the province, but regional carrier MTS plans to launch their LTE network in Manitoba this year… so it finally looks like competition is shifting from Ontario, Vancouver and Quebec to Manitoba.