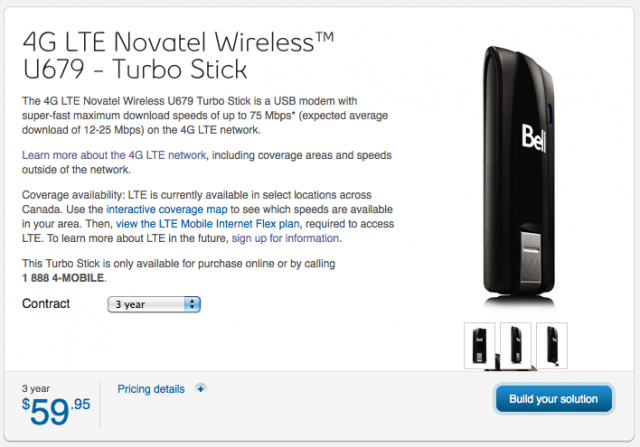 Bell launched their LTE network last week in Toronto, Mississauga, Hamilton, Kitchener-Waterloo and Guelph with only one product, the Sierra Wireless U313 Turbo Stick. They promised more devices, mainly smartphones, “Superphones” and tablets – those are all still “coming soon” but should be here by the end of this year. In the meantime, Bell has released another internet stick, the Novatel Wireless U679 can be yours for $59.95 on a 3-year contract or for $199.95 no contract (data plans start at $45/month for 1.5 GB). Bell states that this stick can give you download speeds of up to 75Mbps, but typical speeds are actually between 12 and 25 Mbps.