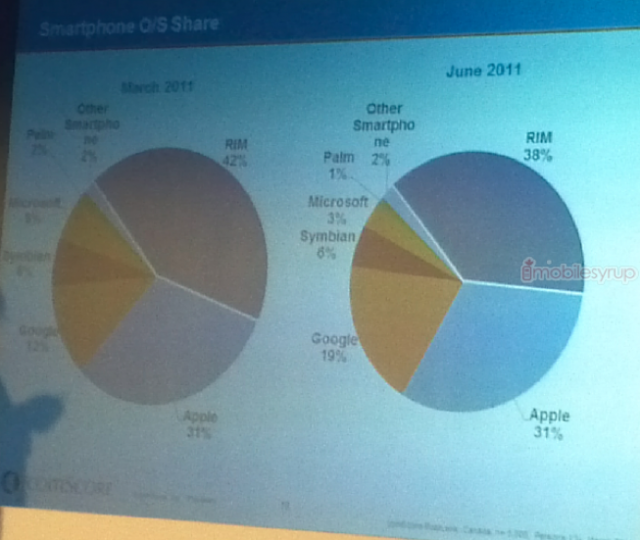 The Canadian Wireless Telecommunications Association (CWTA) had their “Technology Showcase” in Ottawa today, I attended and there was some good info. A great deal of the focus was around mobile payments and healthcare. Something that’s always been missing for those interested in the Canadian mobile scene are Canadian-only stats. A small glimmer of hope came a few months ago when marketing research firm comScore released March statistics. RIM was the runaway leader with 42% of the smartphone OS market share in Canada.

Today, Bryan Segal, VP of Sales at comScore, hammered the lunchtime crowd with some very welcomed stats. His presentation was titled “The Canadian Mobile State of the Nation” and it’s based July 2011 data, representing 20,111,000 subscribers. Here’s some takeaways:

Probably the most exciting slide is the smartphone OS, which is very telling from their March 2011 stats. Six months later comScore is reporting that Canadians are shifting towards Android… RIM falls 4% to 38% market share, Apple stays the same at 31% but Google’s Android picked up and gained more adopters and now has 19% market share in Canada (up from 12%). What’s even more surprising the leader of Android in Canada – by a huge margin – is HTC with a massive install base of 78%, followed by Sony Ericsson, Motorola, Samsung and LG – personally I thought Samsung would be first, or at least second as they had great success with the Galaxy lineup. 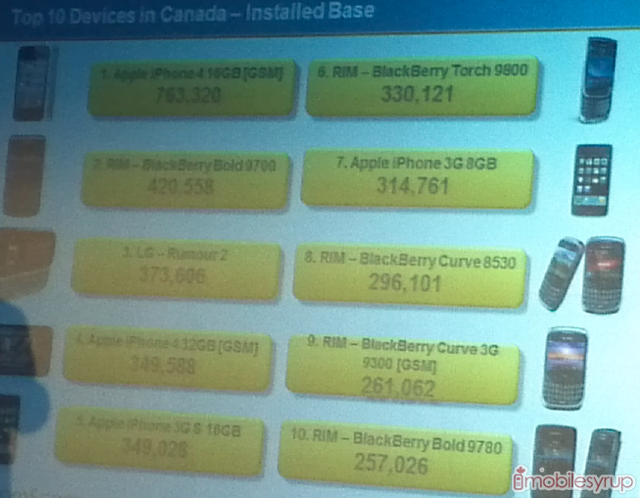 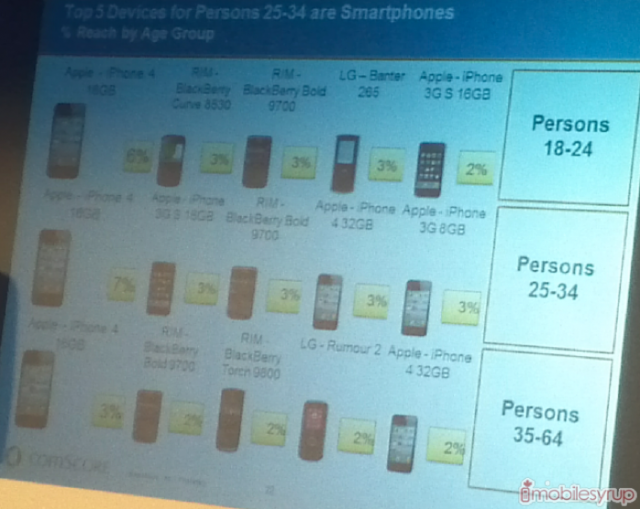 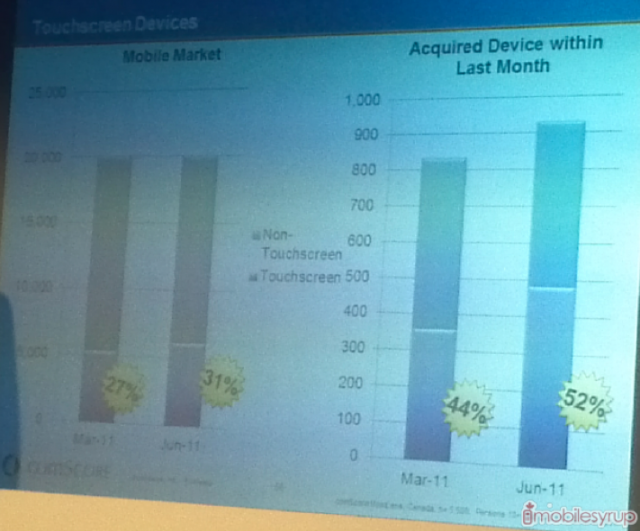 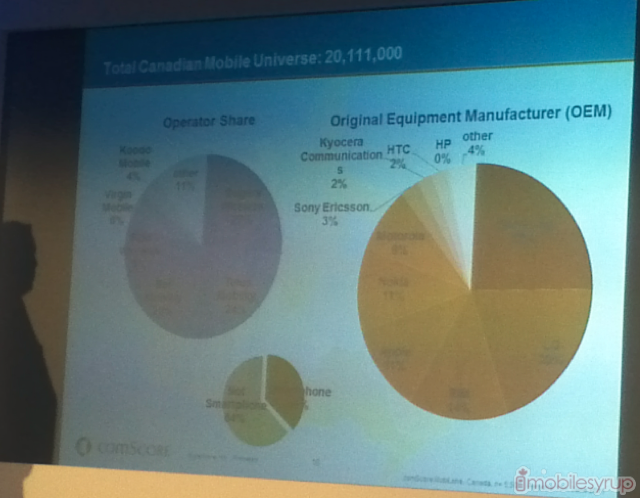