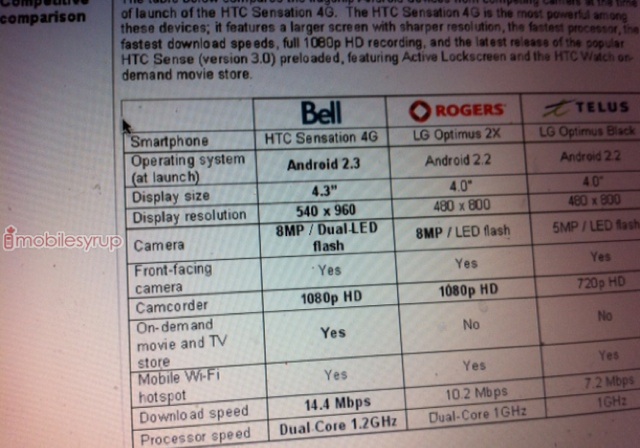 With the release of the HTC Sensation coming up on July 5th, Bell has put together a quick comparison against the unannounced Rogers LG Optimus 2X and the upcoming TELUS LG Optimus Black. First, we’re not sure if Rogers will be releasing the 2X as we’ve hearing the Optimus 3D will make its way to their lineup shortly. Second, all these Android devices have different price points and great specs: either Dual-core 1.2GHz or 1GHz processors, great quality cameras that shoot HD, 4-inch or 4.3-inch displays, Android OS 2.2 or higher… but Bell should have added another column to the chart and included the Samsung Galaxy S II 4. Then a real showdown would be on.