A phone for anyone looking for a standard mid-range 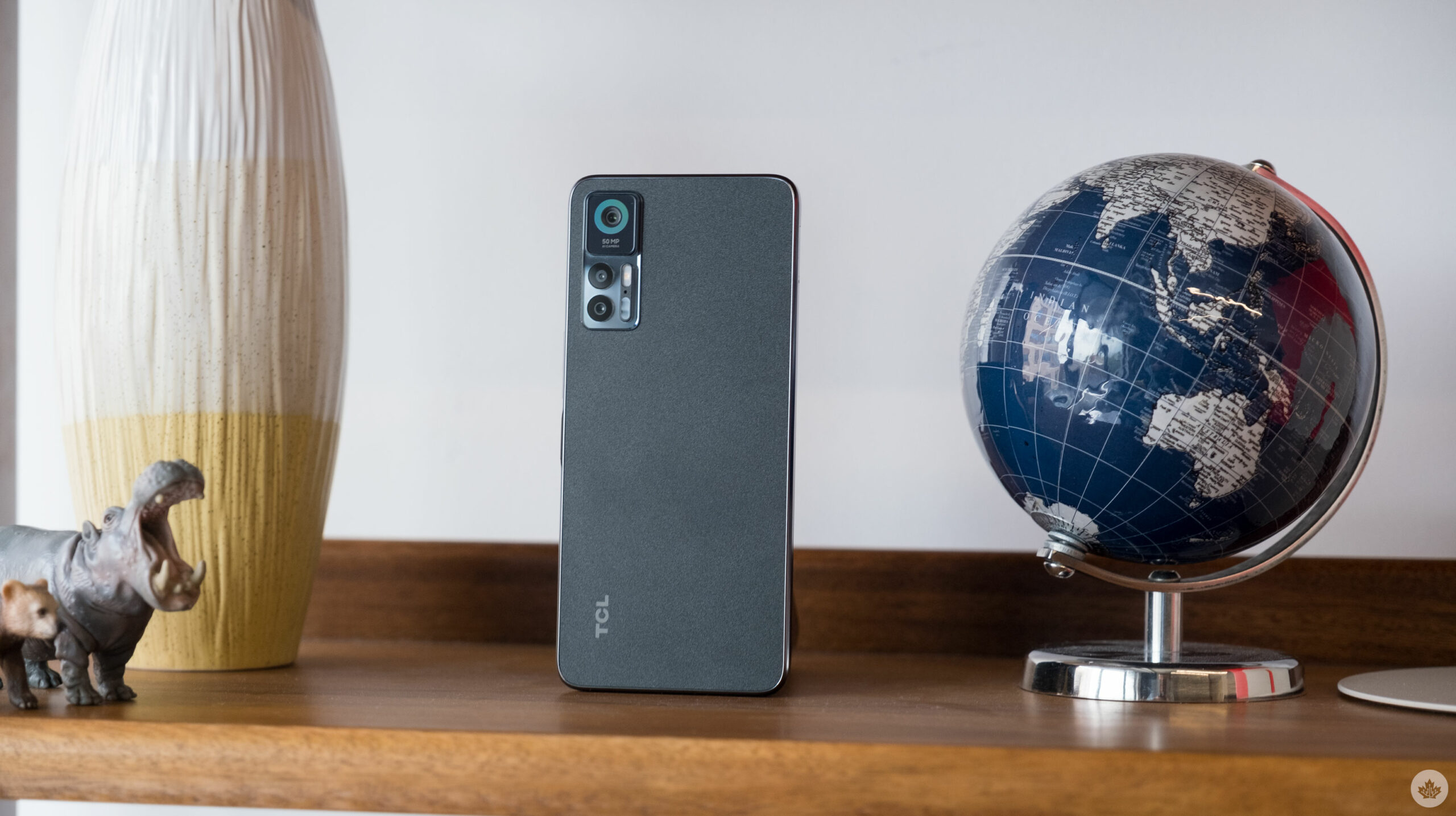 When people think of purchasing smartphones in Canada, most are only aware of a few brands.

This list often includes Samsung, Apple and Google’s Pixel series, and while the number of brands has decreased over the years, there are still other options. Take TCL, for example. The company still makes smartphones, and its handsets this year are good mid-range options. For instance, the surprisingly solid TCL 30 5G offers a 50-megapixel primary shooter, a 5,010mAh battery and more.

This mid-range smartphone is affordable and retails for roughly $485 outright, depending on where you get it. This device is best compared to the Galaxy A53 5G and the Pixel 6a. So let’s talk about some of the things I like about this handset and how it stacks up against these other mid-range smartphones. 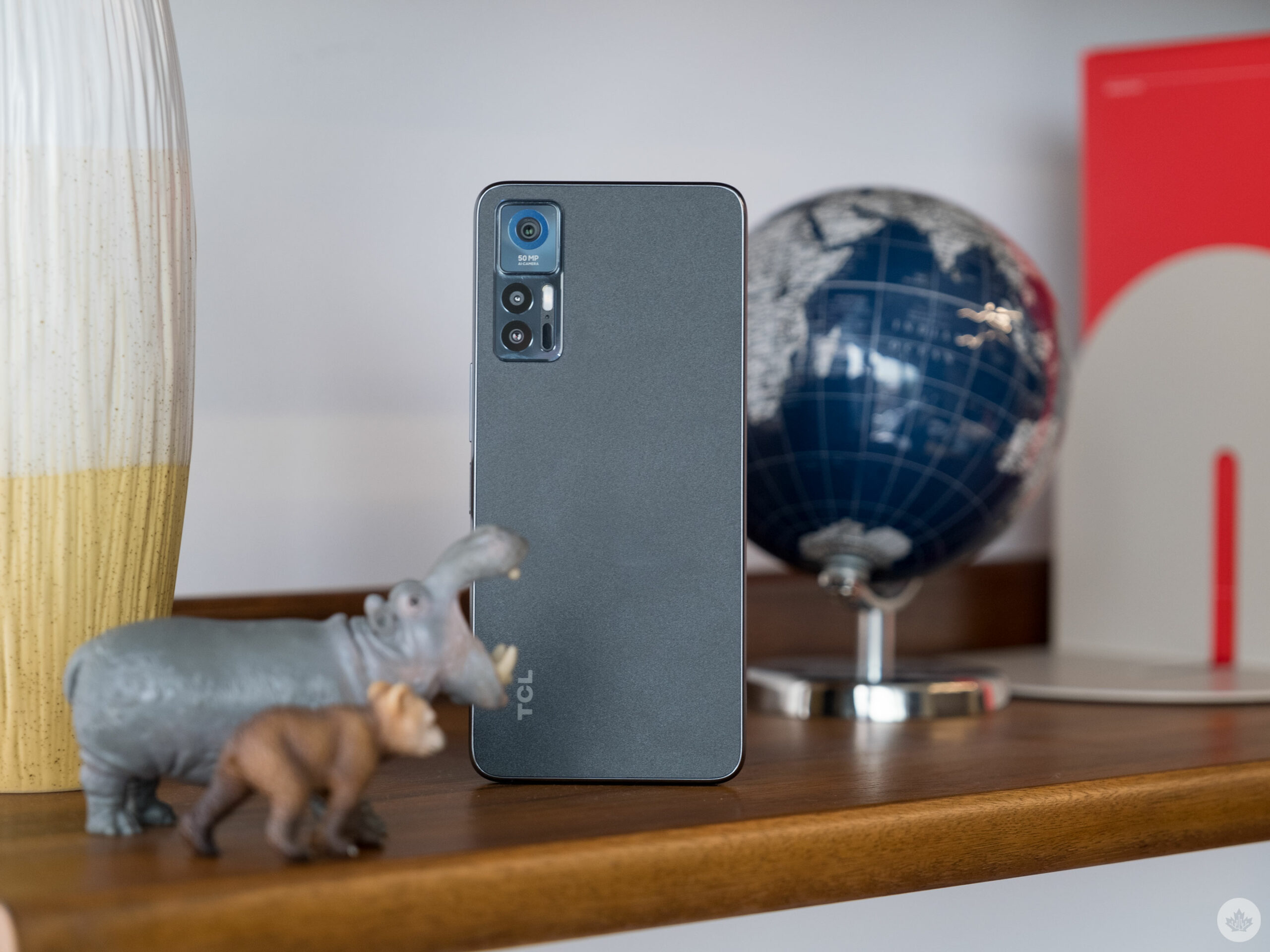 I like the battery life the TCL 30 5G offers. It can easily last up to two days; however, in instances where I had heavier usage, such as when testing the device’s camera and watching YouTube videos, it only made it about a day and a half. This is pretty respectable, considering most flagships can barely last a day. Further, the device also features fast charging and can quickly charge within about an hour.

The Galaxy A53, on the other hand, lasted throughout the day with no concerns. I’d say the TCL phone’s power cell is a bit better since it can last further into the second day, but the battery life is comparable. Out of the three, the Pixel 6a has the worst battery. MobileSyrup’s Jon Lamont found the 6a battery lasted through the day and overnight, and he usually charged the phone each morning. 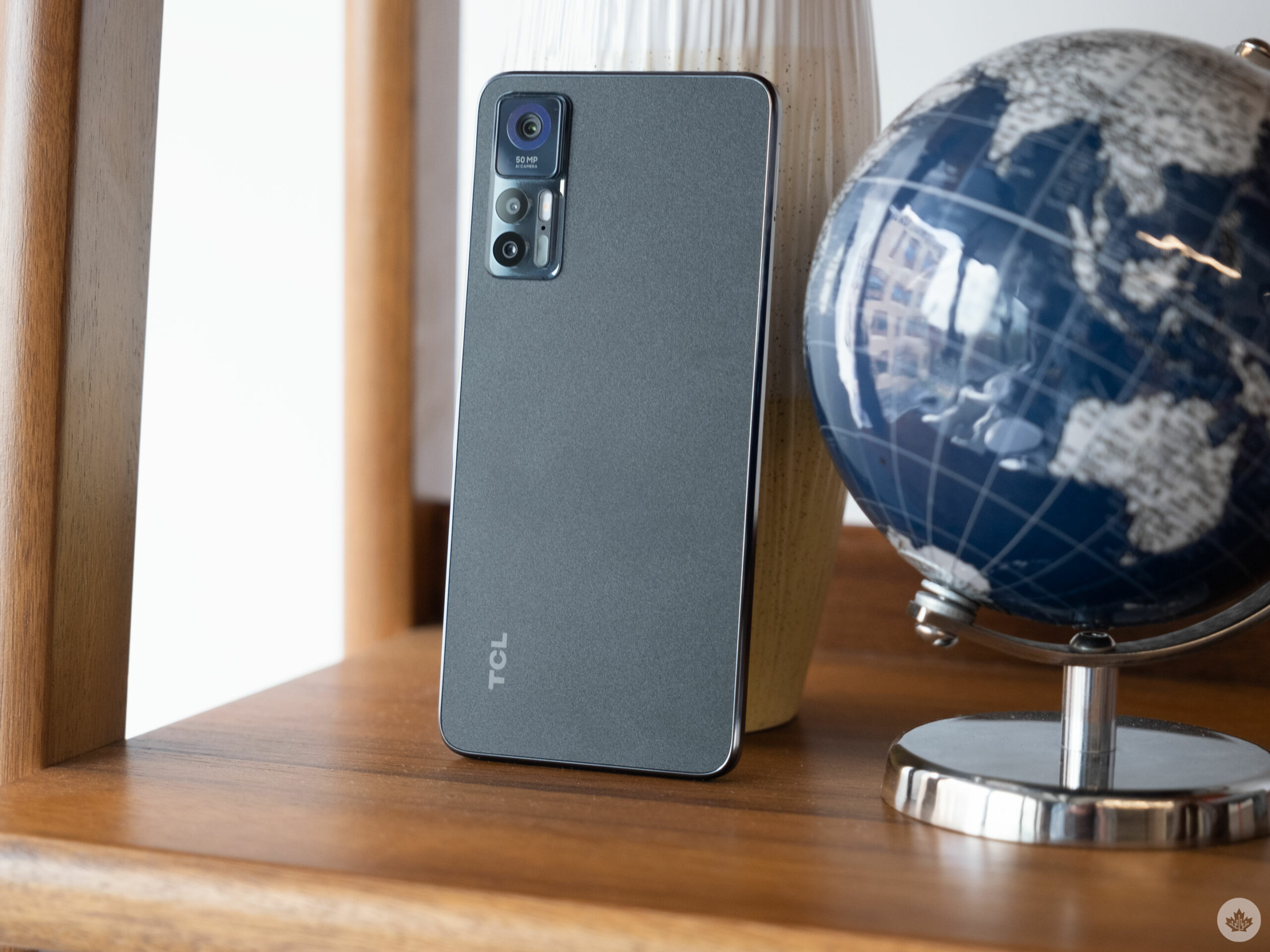 A mid-range camera that pleases

I was pleasantly surprised by the camera experience the TLC 30 5G offers. The pictures showcased colours well with a high dynamic range that pleasantly showed a beautiful assortment of colours. Images are slightly oversaturated and similar to Samsung’s devices, the phone’s AI tries to increase the quality of pictures based on scenes. However, where Samsung’s smartphones overdo things slightly with this feature, the TCL 30 5G offers more true-to-life images. Some photos that feature important detail, like brickwork or shrubbery, for example, appear too sharp, but generally, the device does a better job than Samsung’s mid-range smartphones. The Pixel 6a, on the other hand, is a stronger competitor and offers a better overall camera experience than the TCL 30 5G.

Of course, selfies are abysmal, but this is common in the mid-range smartphone category, except for the Pixel 6a.

The TCL 30 5G lacks an ultrawide or telephoto camera, but it does feature a depth sensor and a lens for macro pictures. These, unfortunately, aren’t as useful as the ultrawide option available on the Galaxy A53 and Pixel 6a. 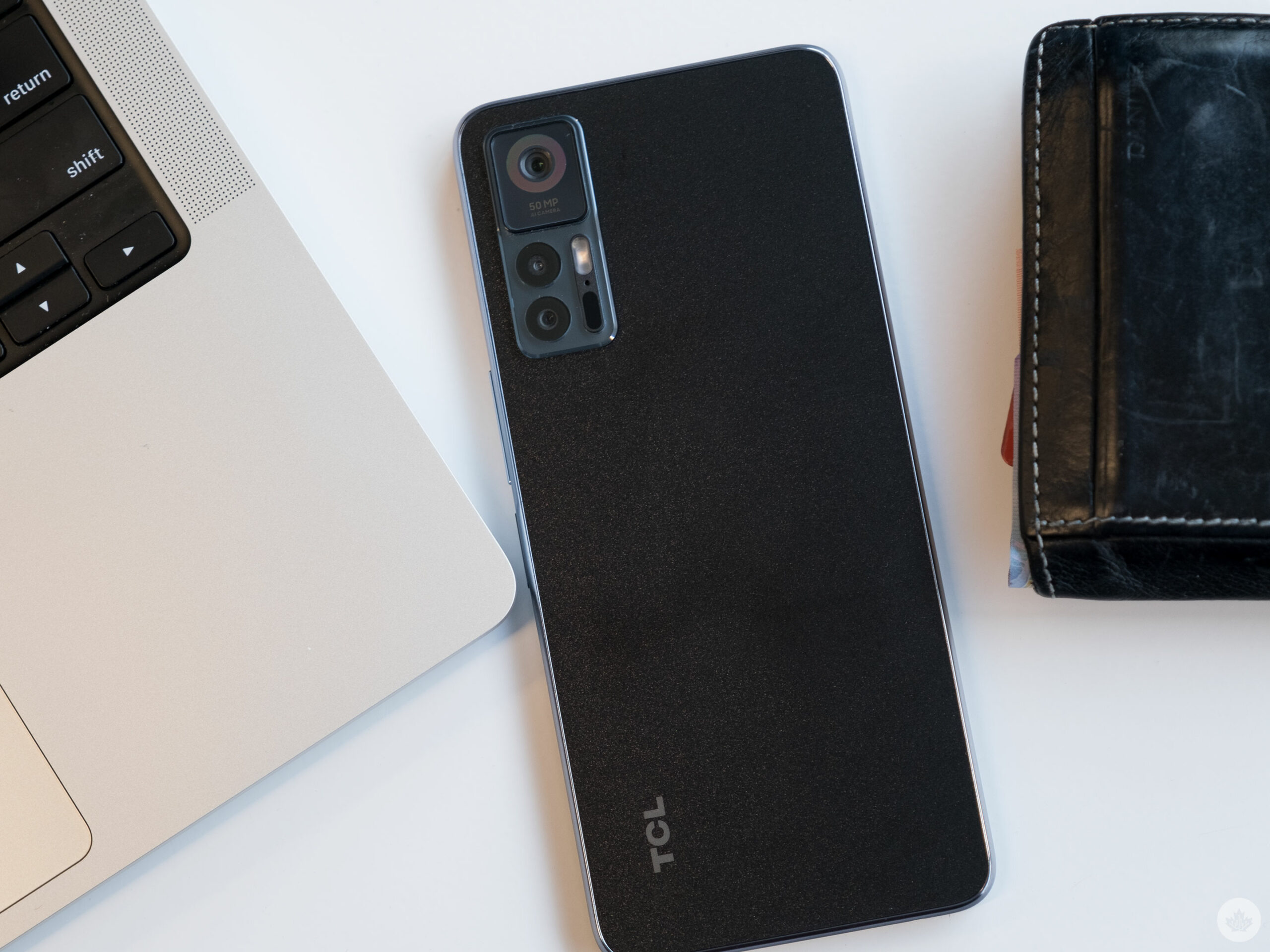 Not the best, not the worst

While those were the two best things about the device, it also offers other features I like.

First, the handset has a pretty interesting camera bump. Samsung and Google’s camera sensors aren’t exactly the same but follow the same theme. This theme is a trend among other Android devices on the market as well. Even pre-Pixel 6, Google offered a similar camera bump on its phones. I really like that TCL did something different with the 30’s camera bump. It simply looks cool and highlights the phone’s 50-megapixel shooter. It’s a nice touch that sets the TCL 30 apart from other devices. However, it’s worth noting that the Pixel 6a’s visor also stands out among other handsets on the market. 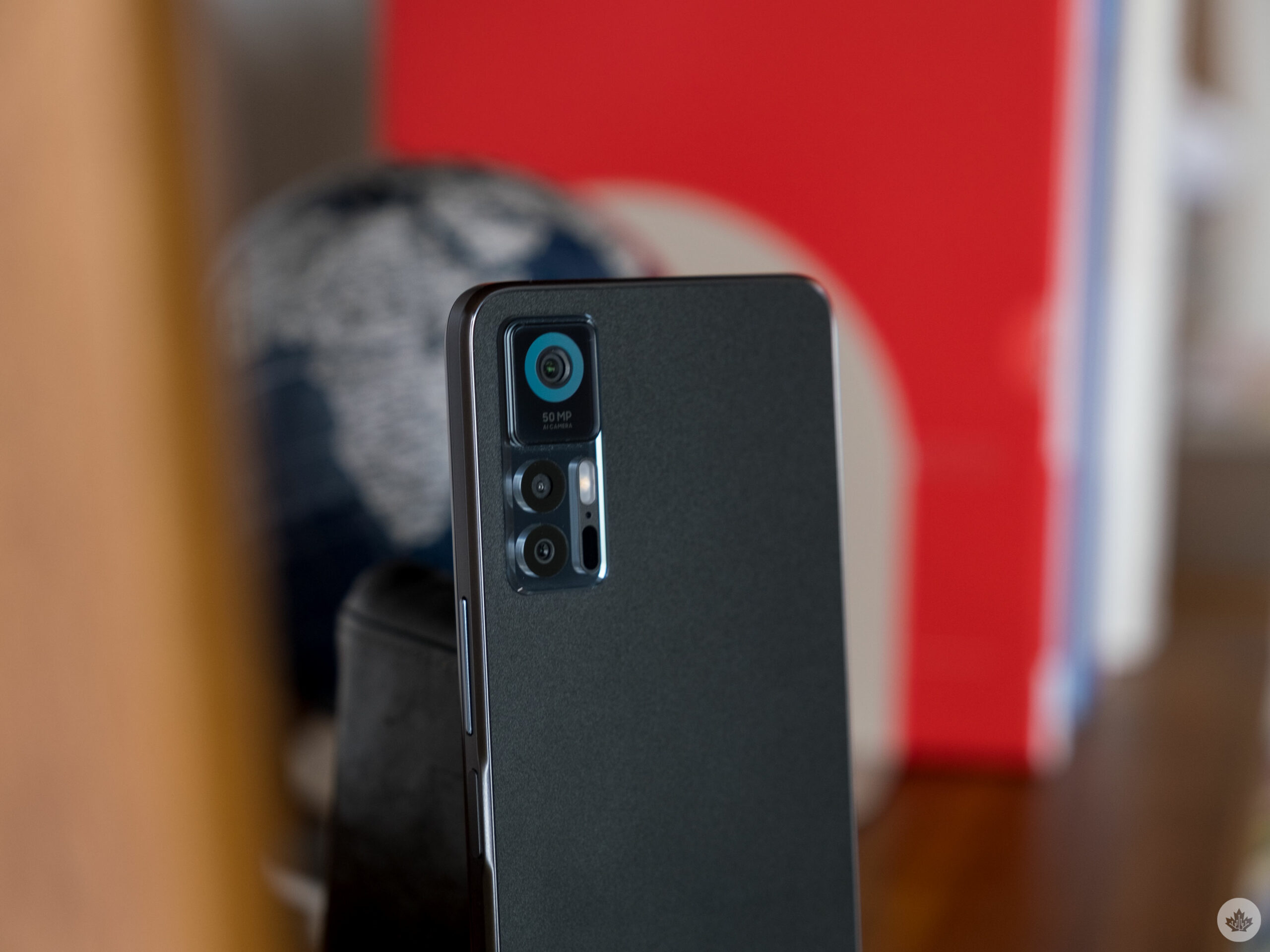 Next up is its easy-to-use UI. It’s definitely not stock Android, but it’s still pretty simple to use. It’s also quite clean and doesn’t come with a lot of ad-like apps like Samsung’s Galaxy A53. However, the TCL 30 definitely can’t beat Google’s Pixel 6a in the user interface race.

Overall, the TCL 30 isn’t the worst mid-range Android device on the market, but Google’s mid-range smartphone is superior. And while the Galaxy A53 5G snaps less than stellar pictures and features a slightly inferior camera, the TCL smartphone lacks the Samsung device’s 120Hz refresh rate and ultrawide camera.

TCL 30 is pretty affordable and retails for around $485 outright, depending on where you purchase it. This means the device is cheaper than the Pixel 6a, which costs $599 (although it’s been on sale for $499 recently), and the Galaxy A53 that’s available for $589. So if you’re looking to save $100, the TCL 30 is definitely the right choice. However, if you have extra cash in your pocket, you might want to spring for Google’s or Samsung’s offerings.

In the end, while the TCL 30 5G doesn’t disappoint, it doesn’t really impress either.