The crease still appears to be there 😅 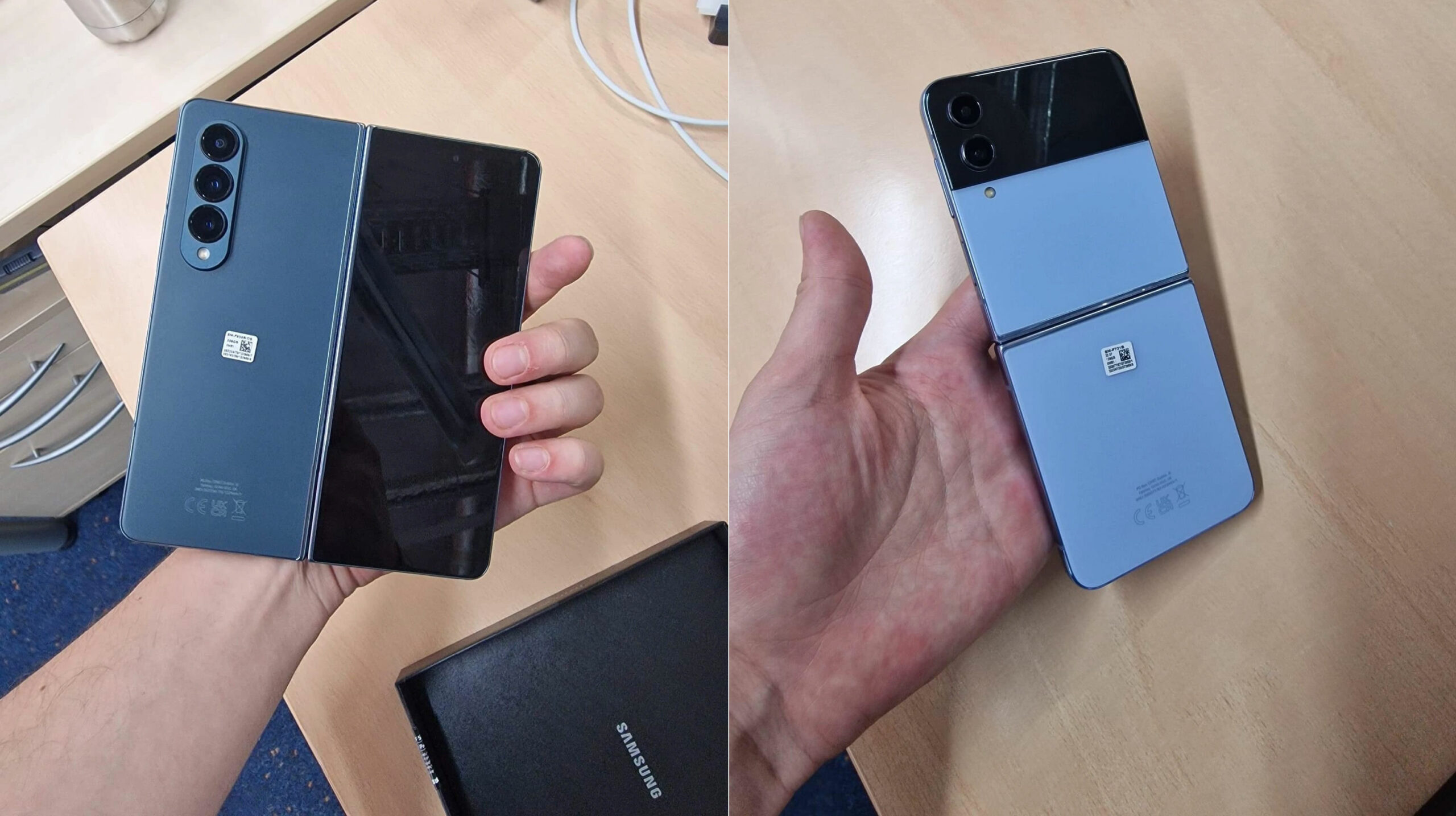 Samsung’s Unpacked event is just two days away, and real-life photos of its upcoming flagships, the Galazy Z Flip 4 and the Z Fold 4, have already leaked online, showing off the device’s every nook and corner.

The Galaxy Fold 4 looks like it has a smaller hinge area than its predecessor and appears to be wider overall in hand. On the other hand, the Flip 4 appears to have flatter edges alongside slimmer metal coating around the hinge.

And while the crease still appears to be there in the leaked photos, according to Samsung, the display on the new devices is expected to be smoother with a less prominent crease.

Check out the leaked images of the devices, courtesy of @noh_tech: For more information about Samsung’s Unpacked event and what we expect to see at it, follow this link.