New Pokémon Scarlet and Violet trailer to debut on June 1 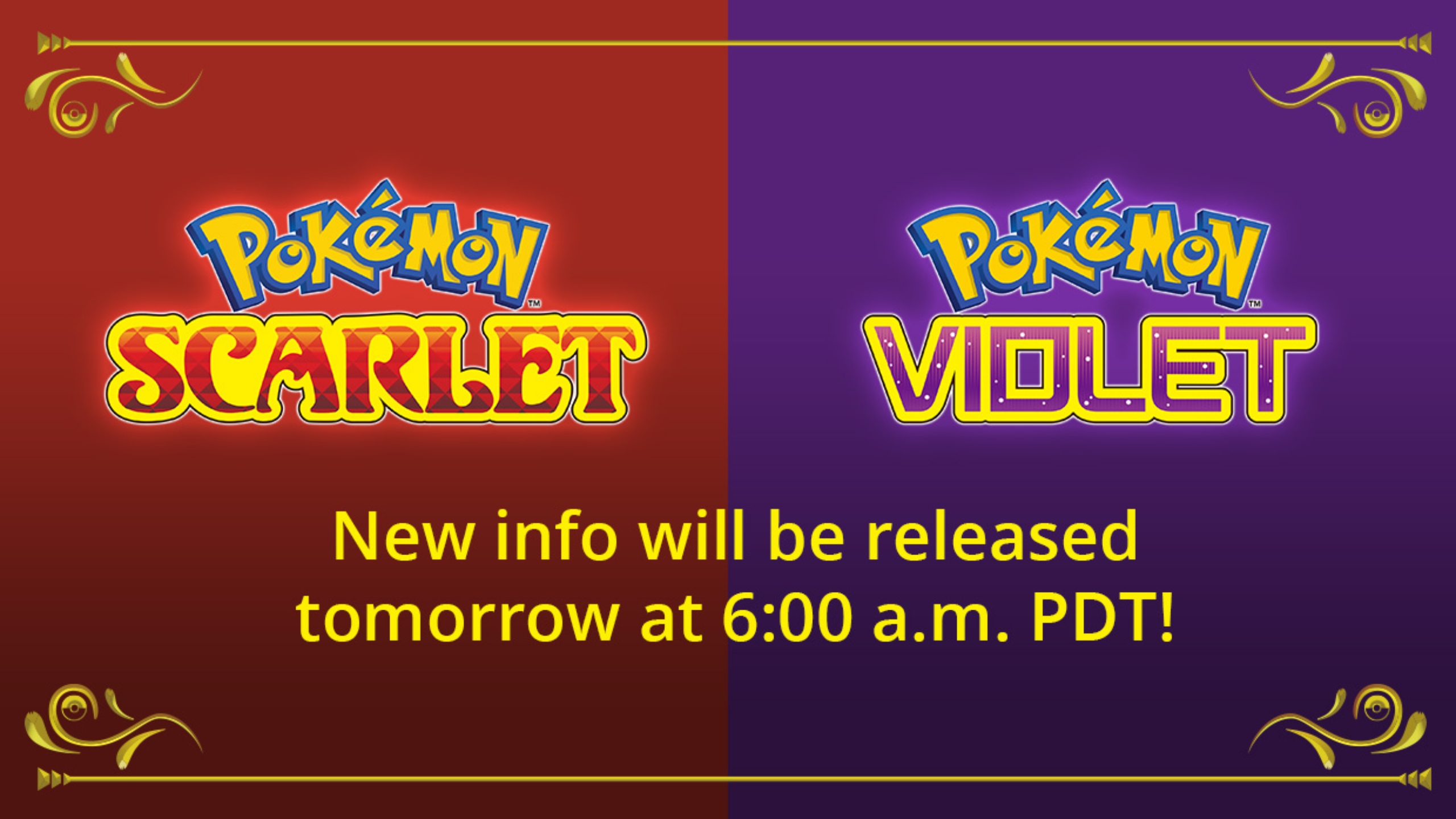 The Pokémon Company is pulling the curtain back on its upcoming Pokémon Scarlet and Violet tomorrow. A new trailer featuring new info drops on June 1st at 9am ET/ 6am PT.

Ahead of its “late 2022” release on the Switch, The Pokémon Company is set to show off what is likely to be the first notable look at the games. Pokémon Scarlet and Violet were first revealed earlier this year. At the time, we caught short glimpses of the Spanish-influenced overworld, locations and many familiar faces. Though the announcement trailer ended with showing Sprigatito, Fuecoco and Quaxly, the starters of Pokémon Scarlet and Violet.

You read that right, Trainers. Tune in to our YouTube channel at 6:00 a.m. PDT on 6/1 for the latest on Pokémon Scarlet and Pokémon Violet!

Make sure you’re subscribed and have notifications turned on: https://t.co/8Hw4hsHzDJ pic.twitter.com/CHyBhxY1JT

Beyond that, we don’t know how much in terms of the battle system, gyms, or the full extent of the Pokémon available.

However, The Pokémon Company has been adamant in saying the games feature a more seamless transition between towns and the wild. Pokémon can also be visibly seen in the wild in Pokémon Scarlet and Violet.

This new look may give fans the information they’ve been waiting for.

To tune into the premiere of the trailer on June 1st, fans can keep an eye on the Pokémon YouTube channel.