Apple might be working on a device holder for vehicles

The device holder might feature a built-in powerbank, or connect to your vehicle's power to charge your phone 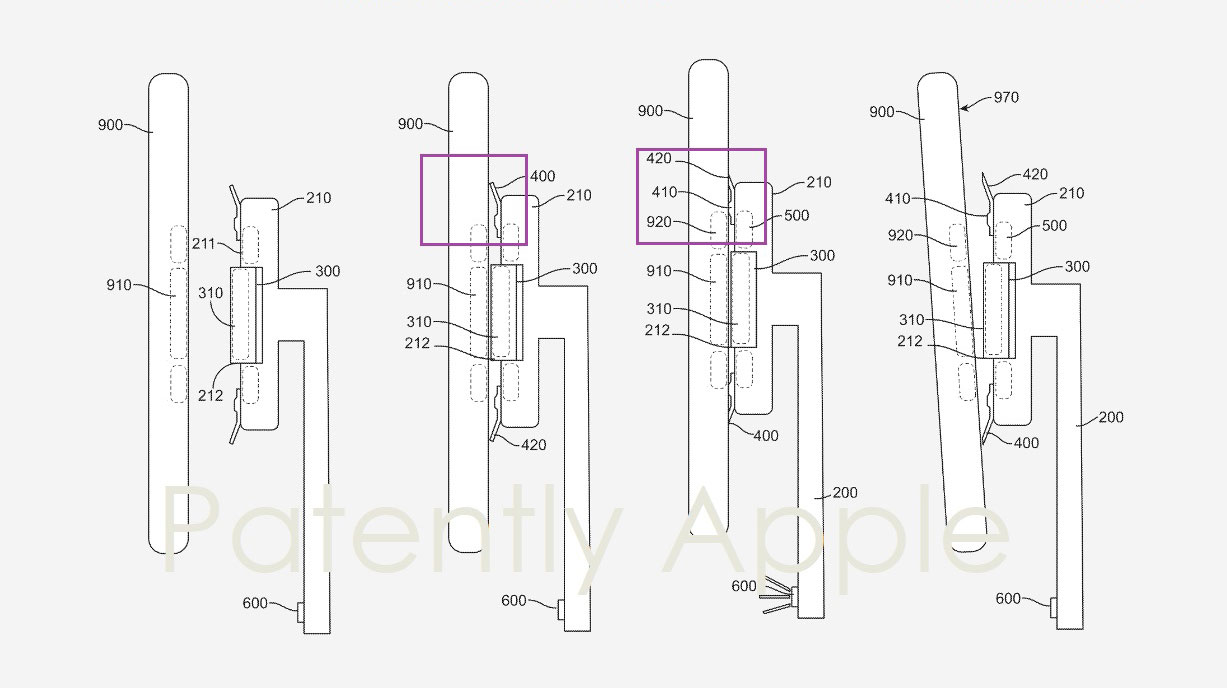 A new Apple patent might offer clues regarding what the Cupertino, California-based company is working on.

According to PatentlyApple, the US Patent & Trademark Office (USPTO) published a new patent (20220089100) that refers to “attachment devices for securing a phone in a vehicle.”

According to the patent, the device holder contains a moving magnetic structure secured in a housing that allows it to hold onto your phone, and other devices magnetically while you’re in a vehicle, owing to MagSafe support.

The holder might also feature a built-in powerbank, or connect to the vehicle’s power to charge the device it is holding in place.

The device holder will feature what the patent refers to as a “differential-pressure-based holding structure” that includes a flexible membrane to form a seal on the surface of the device. The internal pressure in the sealed area is less than the ambient air pressure, resulting in the holder holding your device in place securely. 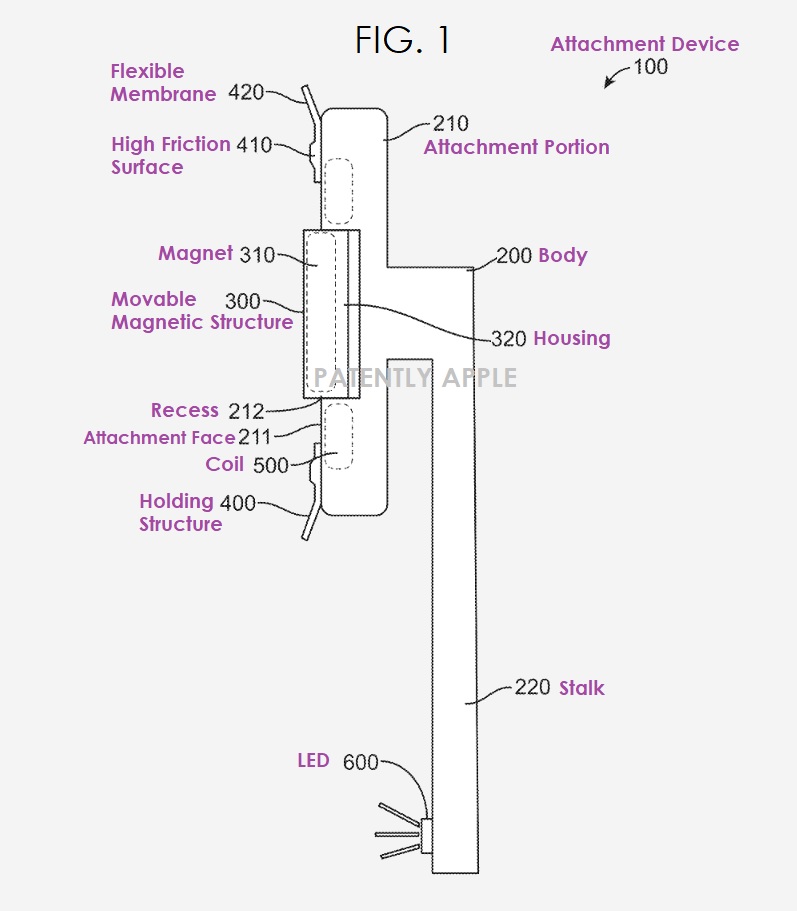 The device might also feature a suction cup to hold onto your device, or the suction cup might be used to attach the device holder to your vehicle’s dashboard.

For more information about the patented device, check out patent application number 20220089100 on the U.S. Patent and Trademark Office’s website.