And, the Surface Book 3 happens to be on sale 👀 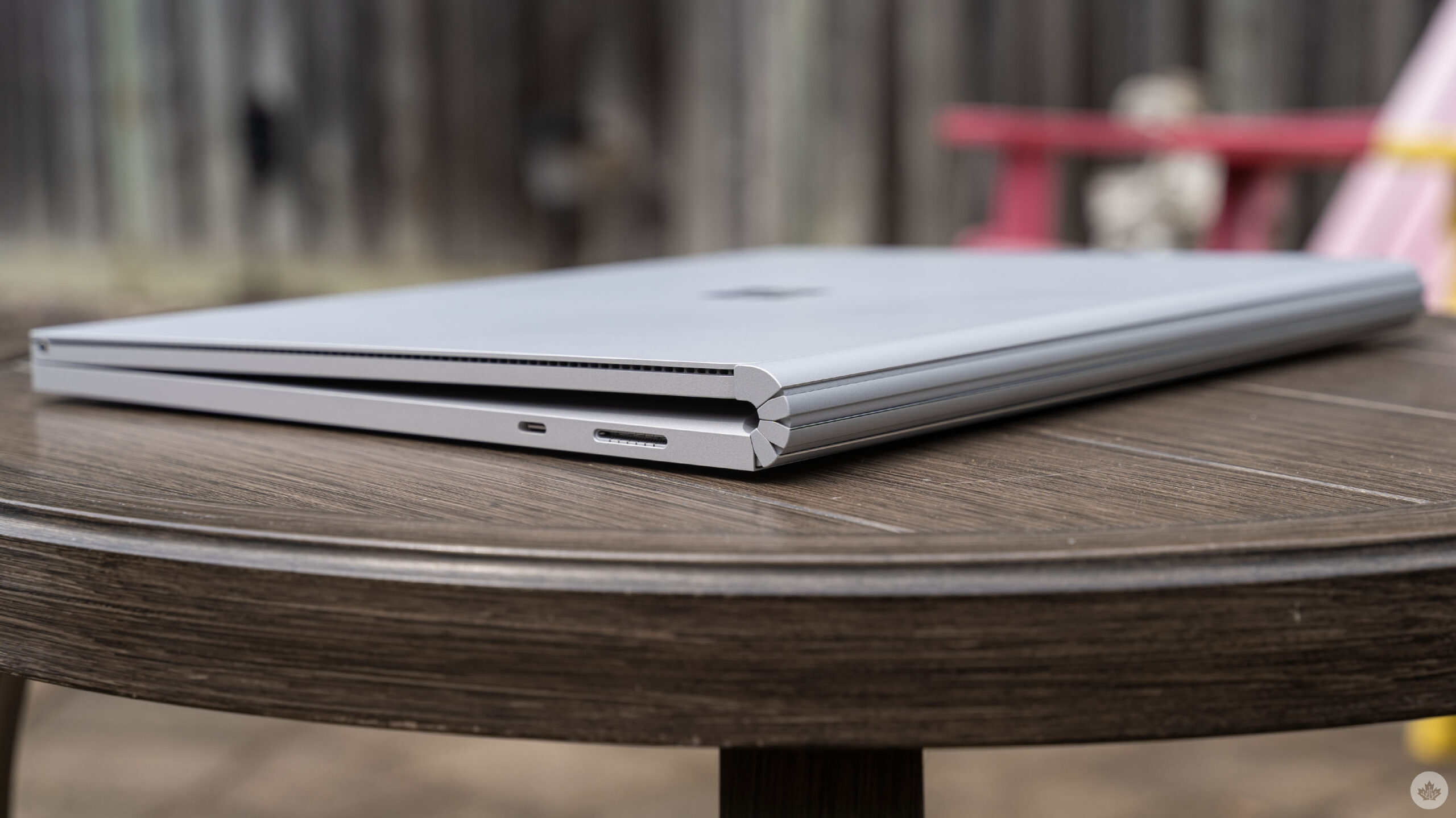 It’s a sad day for fans of the Surface Book, although I won’t miss it much. The quirky laptop had a unique accordion hinge and let people remove the screen from the keyboard, which was a pretty neat feature. In my time with the Surface Book 3, however, I just really didn’t like the hinge.

Microsoft’s weird new Surface Laptop Studio seems like it could be a worthy successor. Internally, it’s got all the hallmarks of a high-end Surface device with powerful Intel CPU options and Nvidia graphics, just like the Surface Book. But I think the inability to detach the Laptop Studio’s screen from the keyboard completely will make the Laptop Studio a tough sell to fans of the Book.

While this also likely spells the end of the Surface Book line, those interested can still pick one up (at least, for a little longer). Microsoft’s website still has the Surface Book 3 in 13.5- and 15-inch configs, plus it’s on sale. 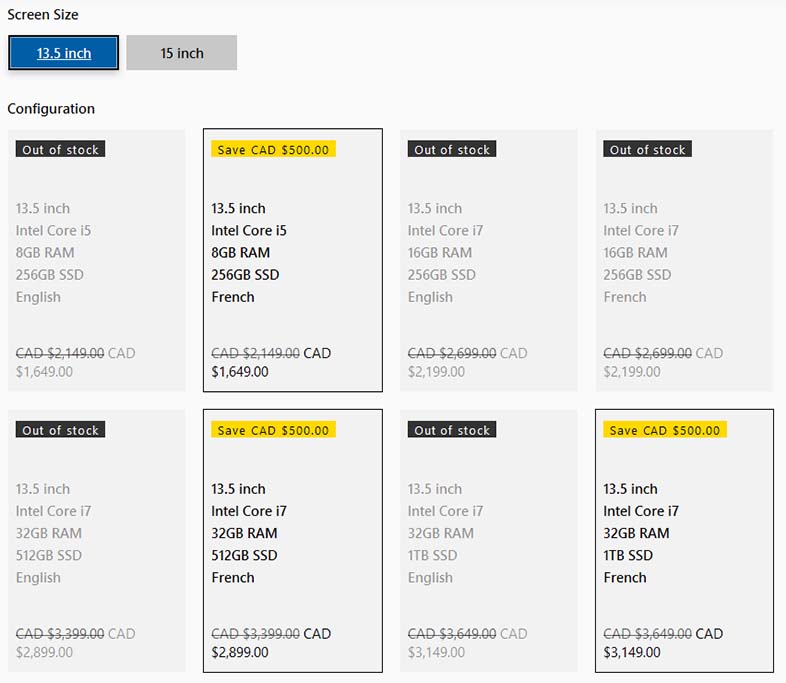 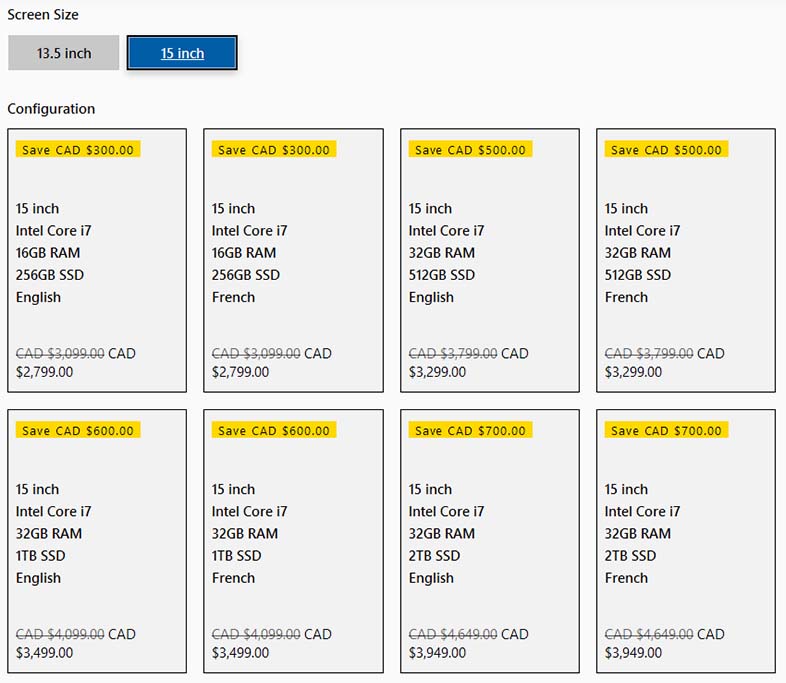 The 15-inch Surface Book 3 is in better shape, with all eight configurations still available on Microsoft’s website.

Although Microsoft hasn’t confirmed to MobileSyrup what the fate of its Surface Book line will be, I’d say it’s a safe bet that once the current Book 3 models are sold, there won’t be any more, making this potentially the last chance to get a Surface Book.