They only come in 'Googley Salty Flavor' 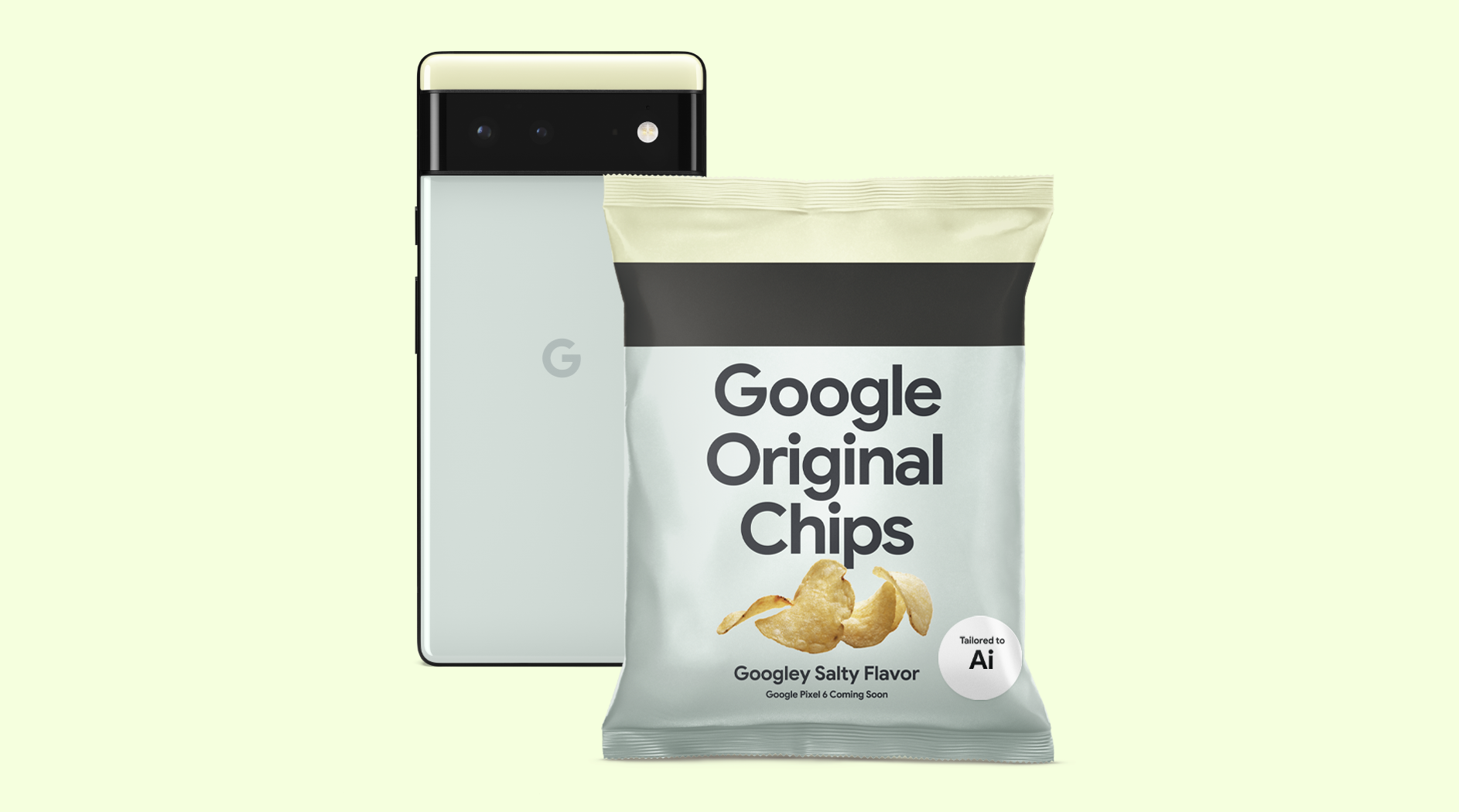 I’ve been lucky enough to eat several interesting flavours of Japanese chips throughout my life, including squid ink and green grape, but I’d love to get a taste of Google 😏.

The play on words here is that the Pixel 6 series will sport the tech giant’s new Tensor chip, so it’s launching potato chips — get it?

The Google Original Chips also feature a bag design that matches the back of the Pixel 6 series and comes in five colours that coincide with the Pixel 6 series. Google is only launching one flavour, however, called “Googley Salty Flavor.”

Google made 10,000 large-sized chip bags and gave them away for free to anyone that filled out an online form. That said, all 10,000 bags have already been claimed.

It’s unclear if Google has plans to bring its Google Original Chips to Canada.