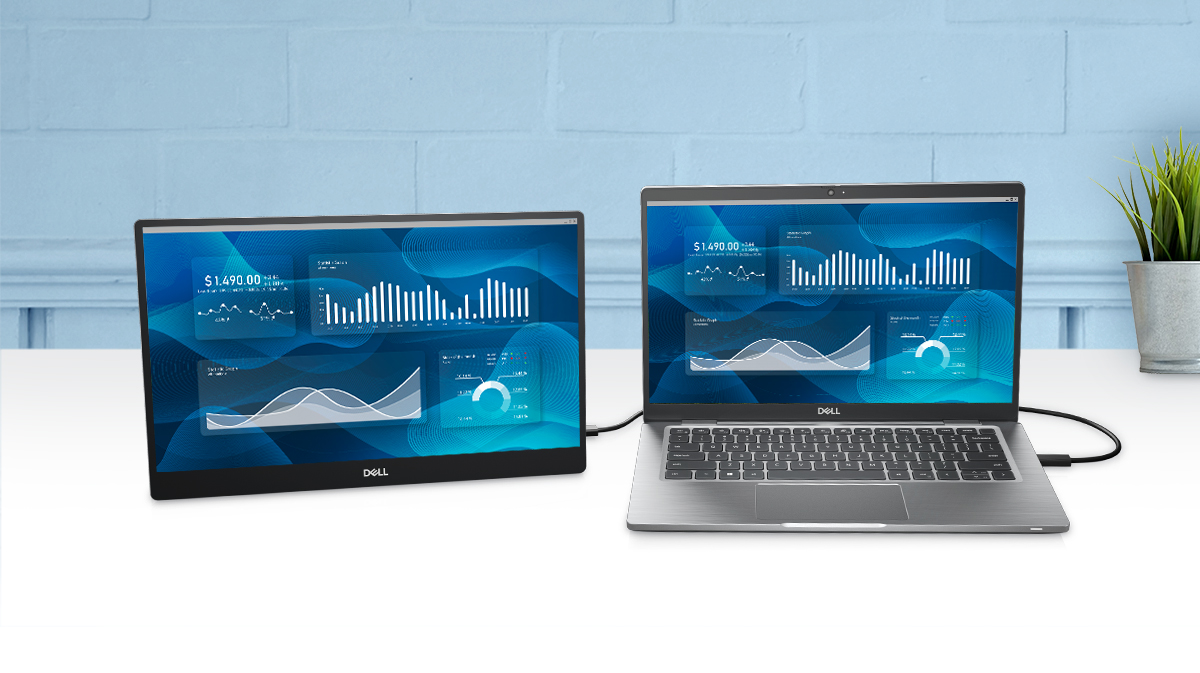 Dell has unveiled a new series of monitors and displays for use with laptops and desktops, including a portable screen with a design slimmer than Apple’s iPad Air.

The $350 (about $450 CAD) portable display is simply a second screen that you can slip into your backpack when you leave your home and is your laptop’s best companion. The monitor features a Full HD IPS display with a 16:9 aspect ratio and is attached to a tilt stand, allowing you to bend the display up to 90 degrees.

Weighing 1.30 lbs, the display can reach a peak brightness of 300 nits, allowing you to use the portable display outdoors too. 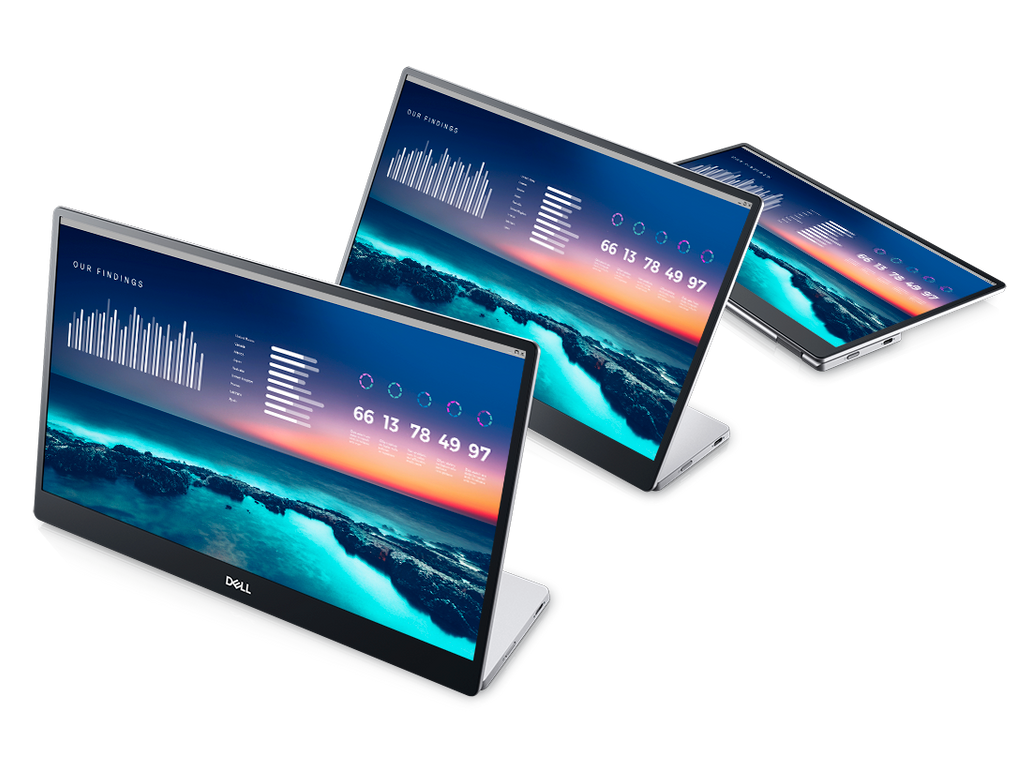 The monitor connects to your laptop or desktop via USB-C without requiring HDMI or power source connections.

Next, we have the 24 (FHD), and 27-inch (QHD) monitors that Dell is positioning to be used as the ideal video conferencing displays.

Both displays have built-in pop-up 5-megapixel webcams on the top, noise-cancelling microphones, and 5W speakers on the bottom, so you don’t necessarily have to wear headphones through video calls or online classes. The displays have Dell’s ComfortViewPlus, an always-on, built-in low blue light screen that improves eye comfort by lowering harmful blue light emissions while maintaining outstanding colour accuracy. 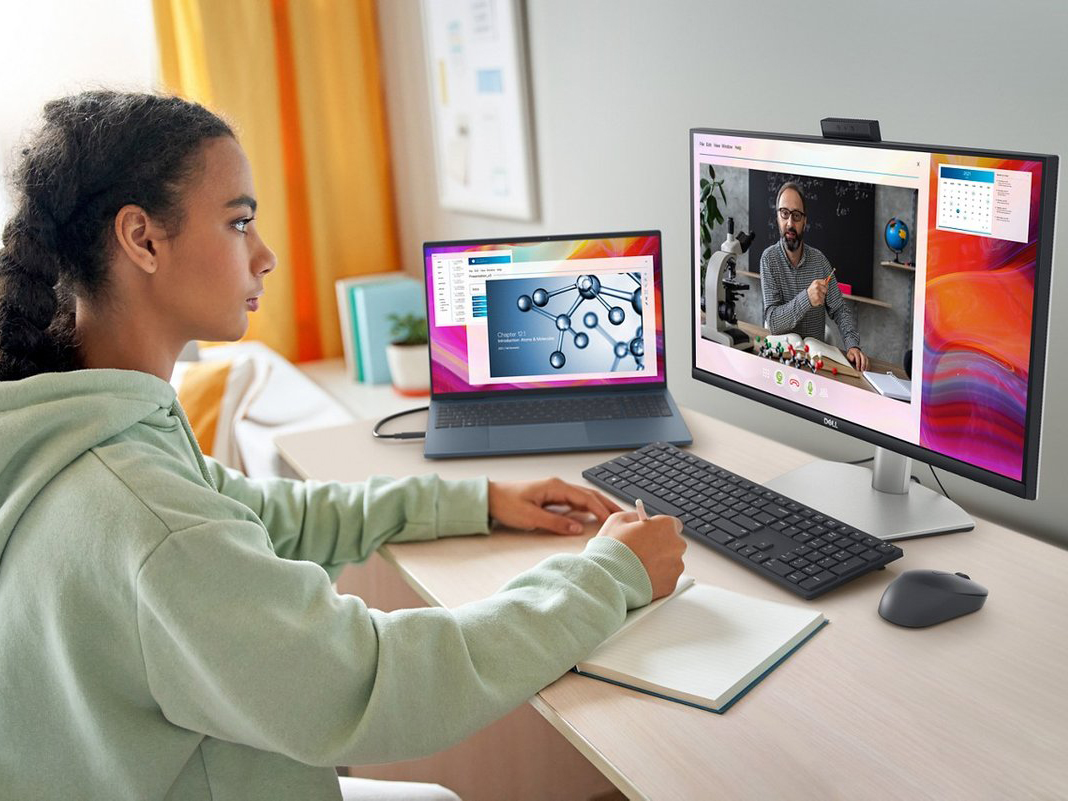 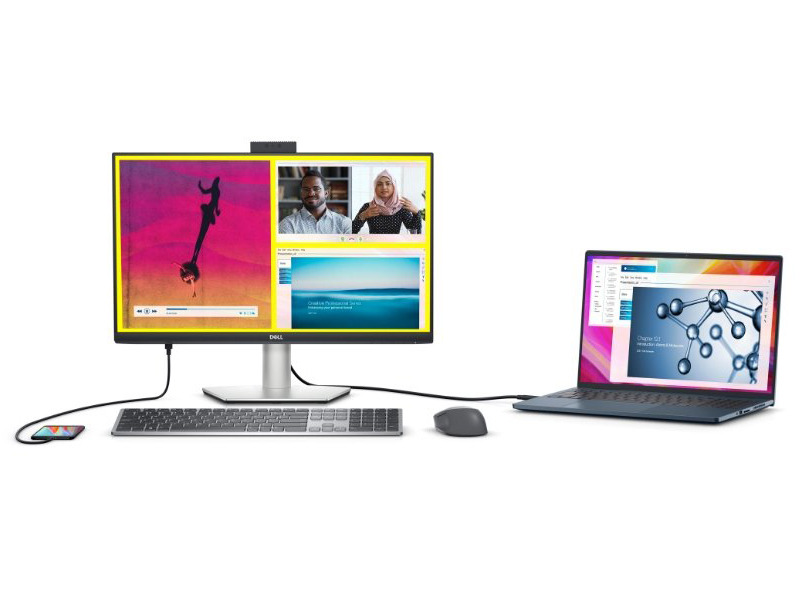 While these aren’t advertised as gaming monitors, they feature AMD FreeSync and have a 75Hz refresh rate, allowing for smooth casual gameplay.

The video-conferencing monitors will be available in North America on September 7th, with the global release scheduled for October 12th. The 24-inch FHD monitor is priced at $439.99 (approximately $565 CAD), whereas the 27-inch QHD monitor will set you back $599.99 (about $770 CAD).

Lastly, we have two 27-inch USB-C supported displays, one of which has 4K UHD quality (S2722QC). Both displays have dual 3W speakers on the bottom and can stream sound and video through the USB-C port while charging the connected laptop at up to 65W.

Both the displays are height-adjustable and can be tilted, swivelled and pivoted as per your comfort. Both feature AMD FreeSync for smooth casual gameplay at 75 (S2722DC) and 60Hz (S2722QC). 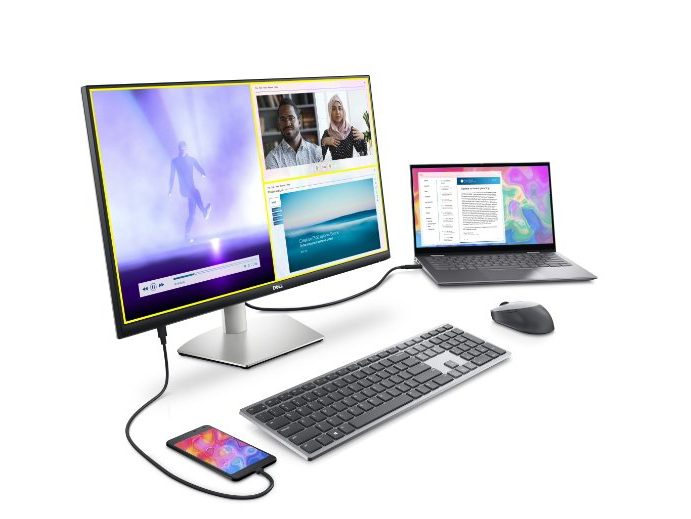 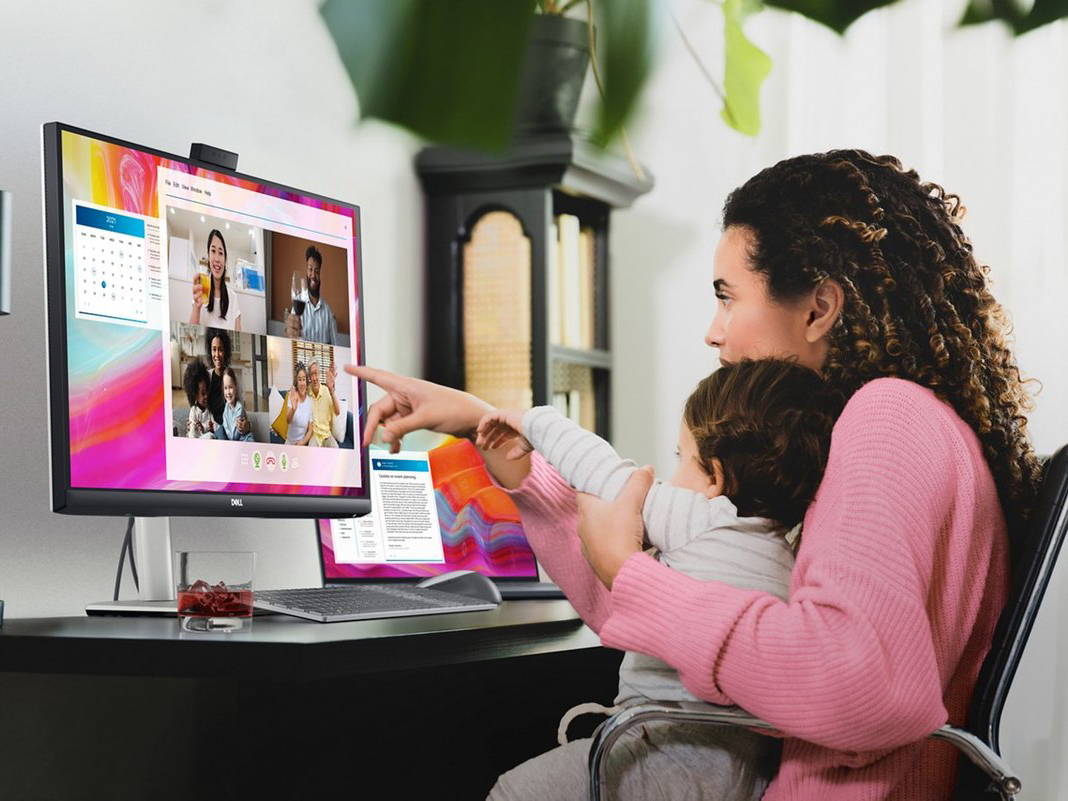