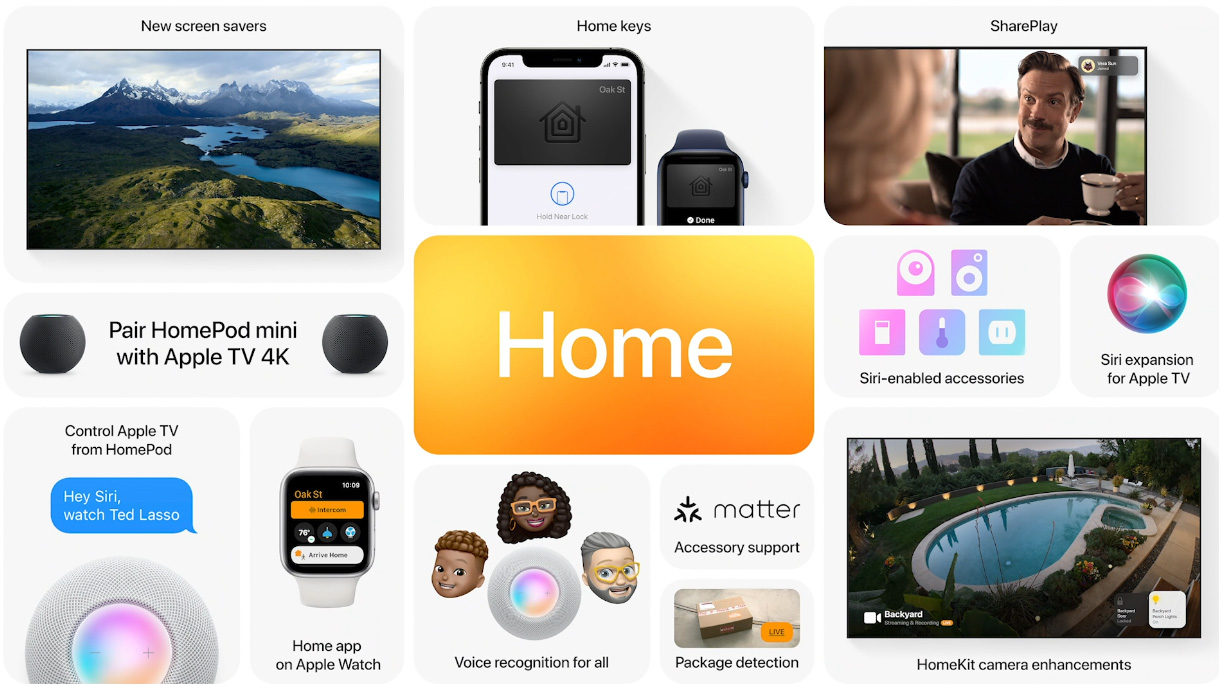 During WWDC 2021’s opening keynote, Apple confirmed that it will soon allow users to utilize the HomePod mini as a speaker for the Apple TV.

Other new HomeKit and smart home-related features include better smart home integration with watchOS 8 and the Home app, Siri compatibility with third-party devices and lastly, that Lossless Audio is coming to the HomePod mini.

In terms of watchOS 8 ‘Home’ app integration, the app has been entirely redesigned to make it more convenient to access specific scenes and control accessories by room.

Further, SharePlay, Apple’s new sharing screen and app sharing platform, works on the Apple TV through FaceTime, and HomeKit accessories can now integrate Siri voice control for the first time by being relayed through the HomePod and HomePod mini. This is in some ways, similar to what Google Assistant and Amazon’s Alexa have offered for years, though third-party integration is still tied to Apple’s smart home speakers.

Finally, there’s also a new ‘For All of You’ row in the Apple TV app that recommends content more appropriate for all viewers.