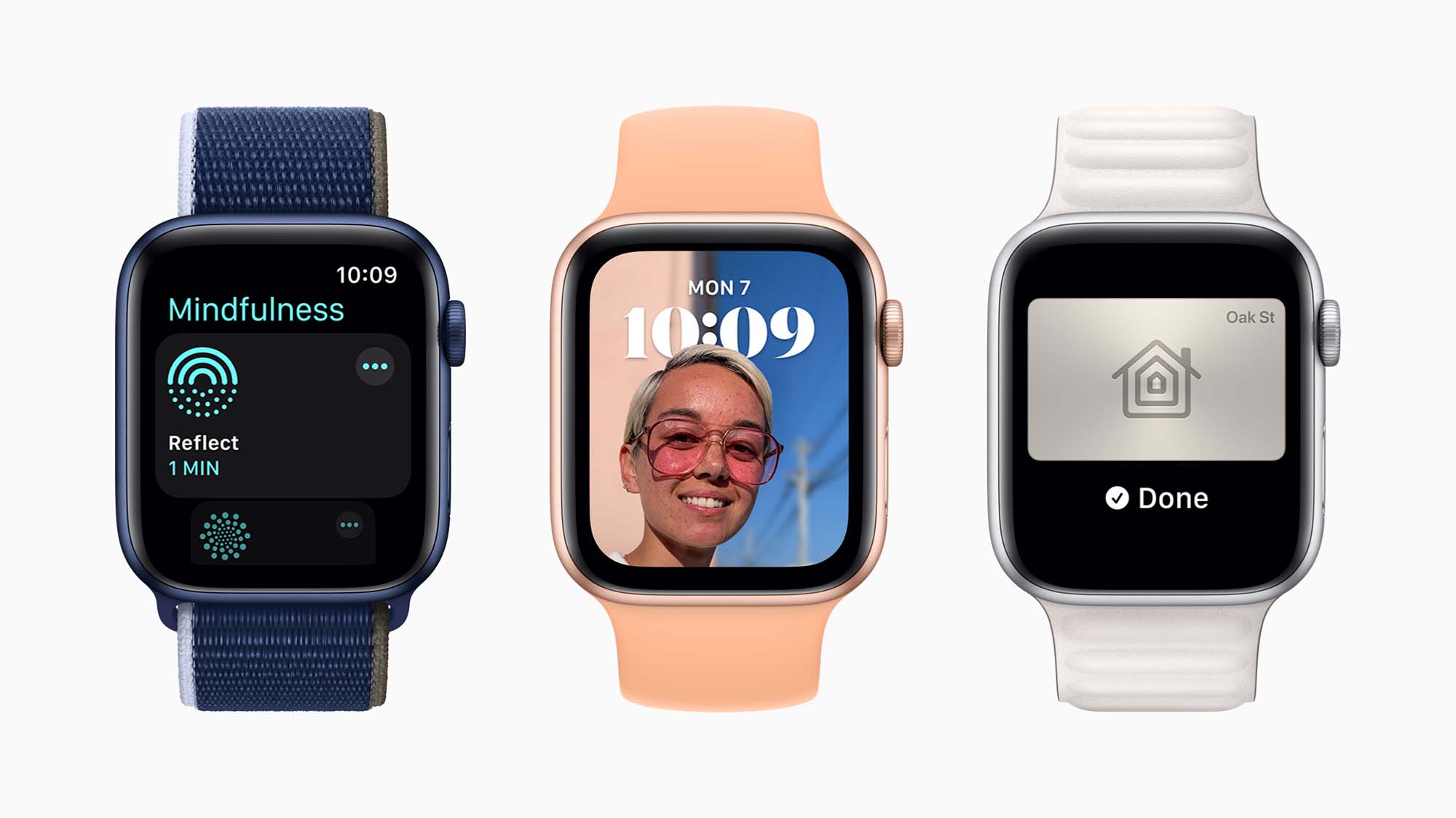 Apple is renaming its Breath app to be called the Mindfulness app. Now, the breath animation is a little easier to view on your wrist, making it more straightforward to follow along and take deep breaths. Plus, there’s a new section that challenges you to relax more during the day called ‘Reflect.’

The Reflect section will give you simple mind exercises that are designed to provoke positive thoughts. App noted that an example of this would be asking users to “reflect on one thing you’re grateful for and think about why you appreciate it.”

In the Workouts app, Apple is adding tracking data for pilates and Tai-chi, making the workout program a little more inclusive. In Apple Fitness+, the company is adding new music options and workouts from a new trainer named Jeanette Jenkins.

In watchOS 8, a new watch face can use portrait mode data and is able to tuck the time behind your subject. This looks really cool, and when you twist the digital crown, it zooms in on the subject to make it pop. 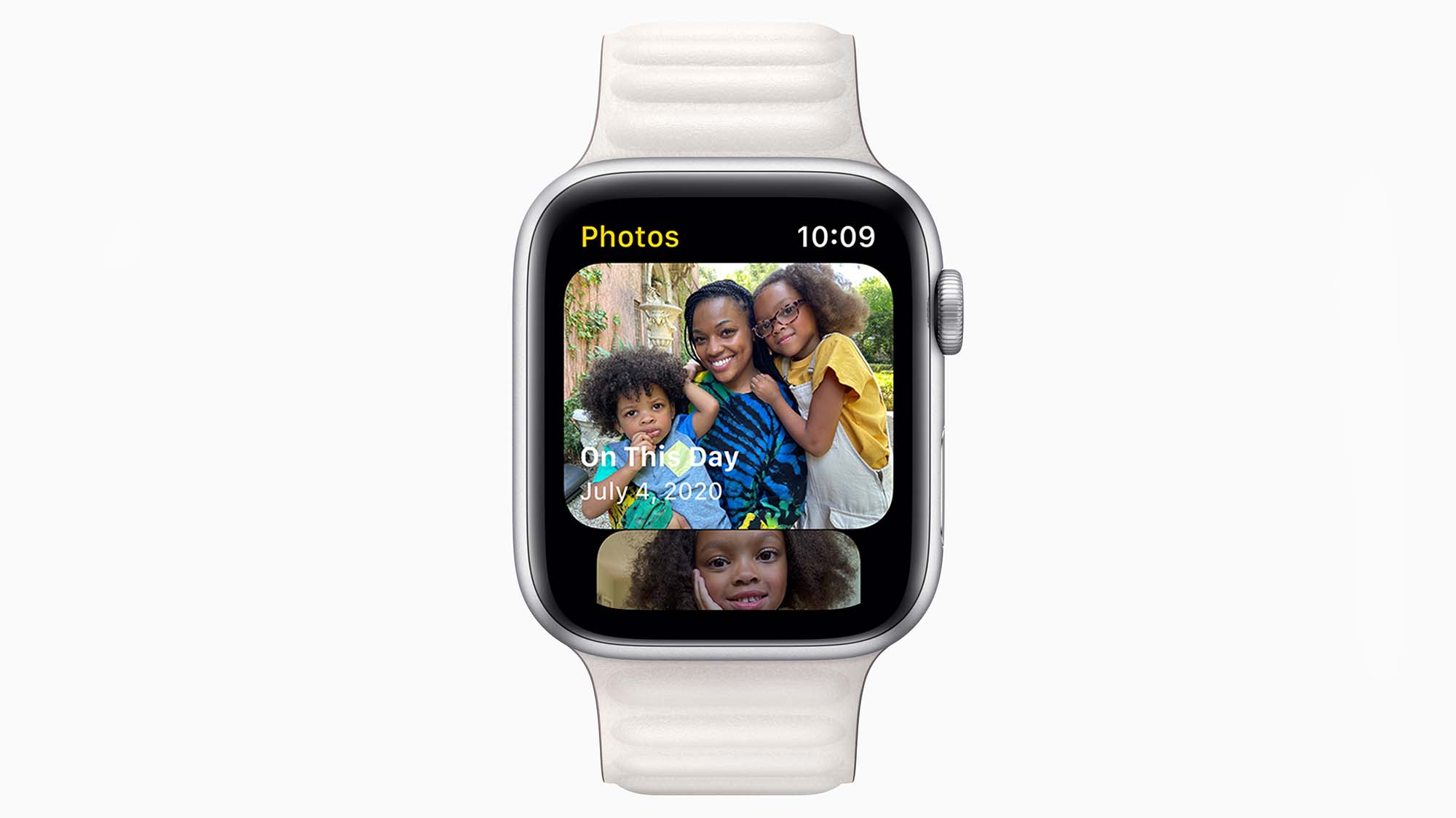 The photos app on the Apple Watch has also been redesigned to make it easier to browse and share pictures directly from your watch.

Since sending messages on Apple Watch isn’t the easiest, the company has added the ability to reply to messages with GIFs and a few other tweaks.

Gifs are the biggest addition, but Apple has reworked the reply screen so you can either scribble a simple message, dictate a longer message or choose an emoji all from the same page.

The contacts app is finally coming to Apple Watch too so you can easily share items like photos or messages from the watch much easier than before.

Apple is revamping the look of the Home app on Apple Watch to make it more usable from your wrist. 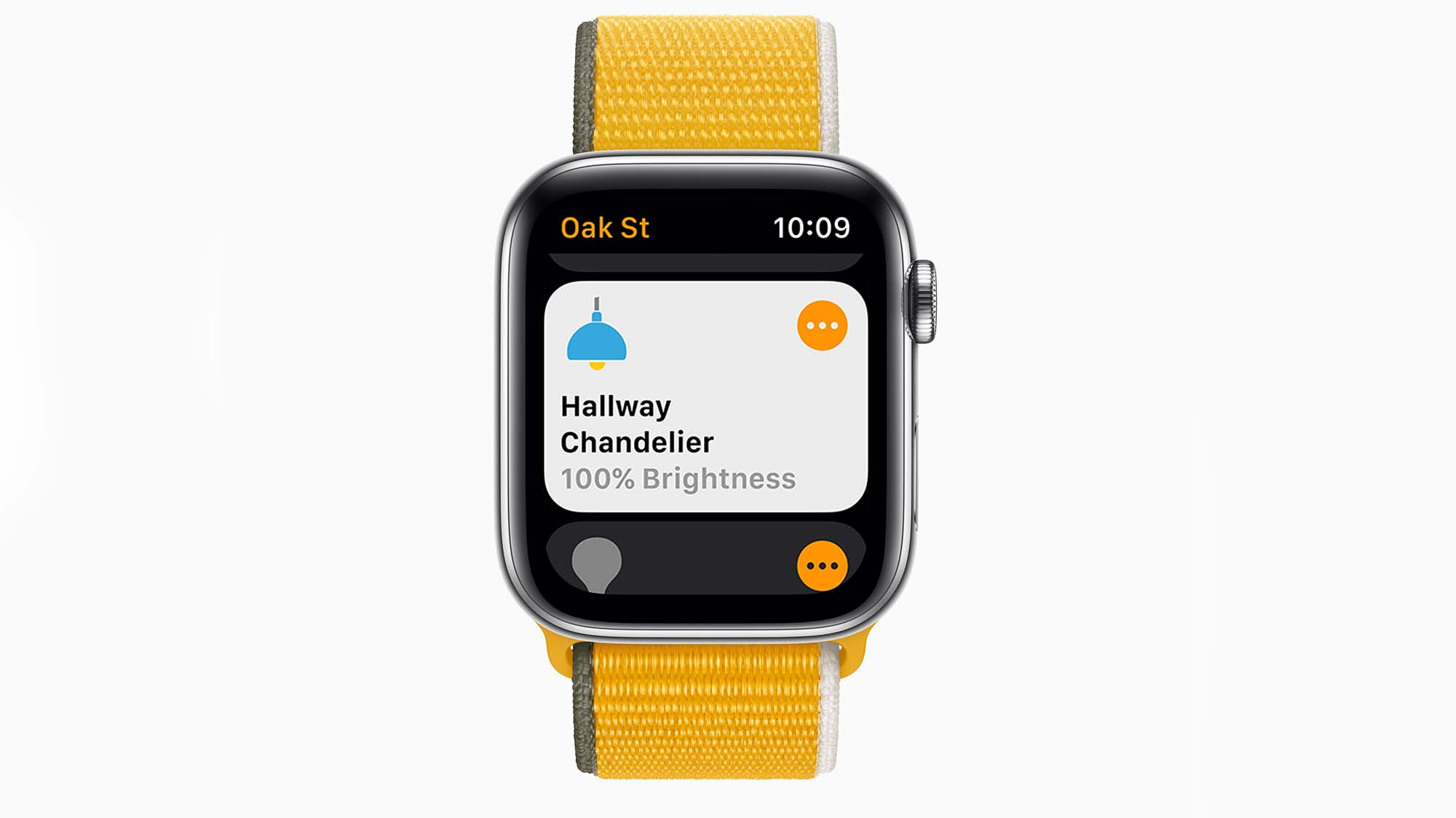 In the updated version you can control accessories by room, look through HomeKit enabled cameras and use an intercom to broadcast a message through your house if you have some HomePods.

Apple’s new Focus filters are coming to watchOS 8 along with iPadOS, iOS and macOS. These simple filters allow you to set them up and filter out notifications that could be distracting during work time or when you’re trying to unwind after work without being as restrictive as Do Not Disturb.

Users can now set multiple timers and level each timer.

More apps now support the Always-on Display feature of the Apple Watch Series 5 and 6, which means you’ll look down and see a boring black screen less.

‘Find My’ now works more as it does on iPhone on the Apple Watch, allowing you to locate lost items with the smartwatch. Finally, the Music app has been revamped with sharing sections.