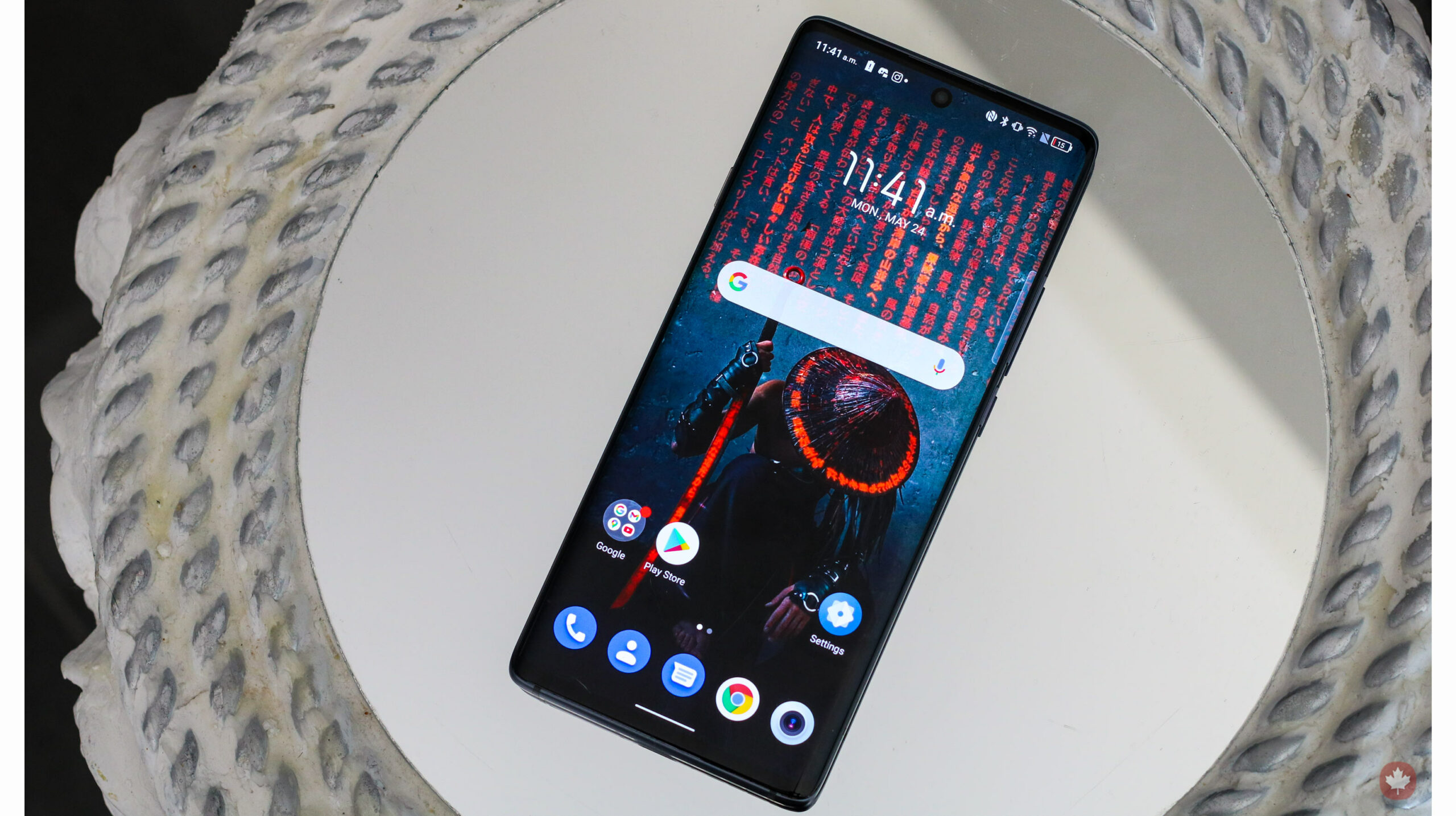 When Canadians hear TCL, they likely think of affordable TVs with high-end specifications. However, the former BlackBerry KEYone maker is slowly releasing more of its own devices here, with the TCL 10 Pro and 10L being its 2020 mid-range offerings.

Now the Huizhou, China-based smartphone manufacturer is launching two new mid-range handsets in Canada, the TCL 20 Pro and 20S. These phones are decked out with even nicer design language than their predecessors, a surprisingly upper mid-range camera experience and affordable prices.

Note: This review focuses solely on the TCL 20 Pro that offers better specs than the 20S, but a steeper price tag. 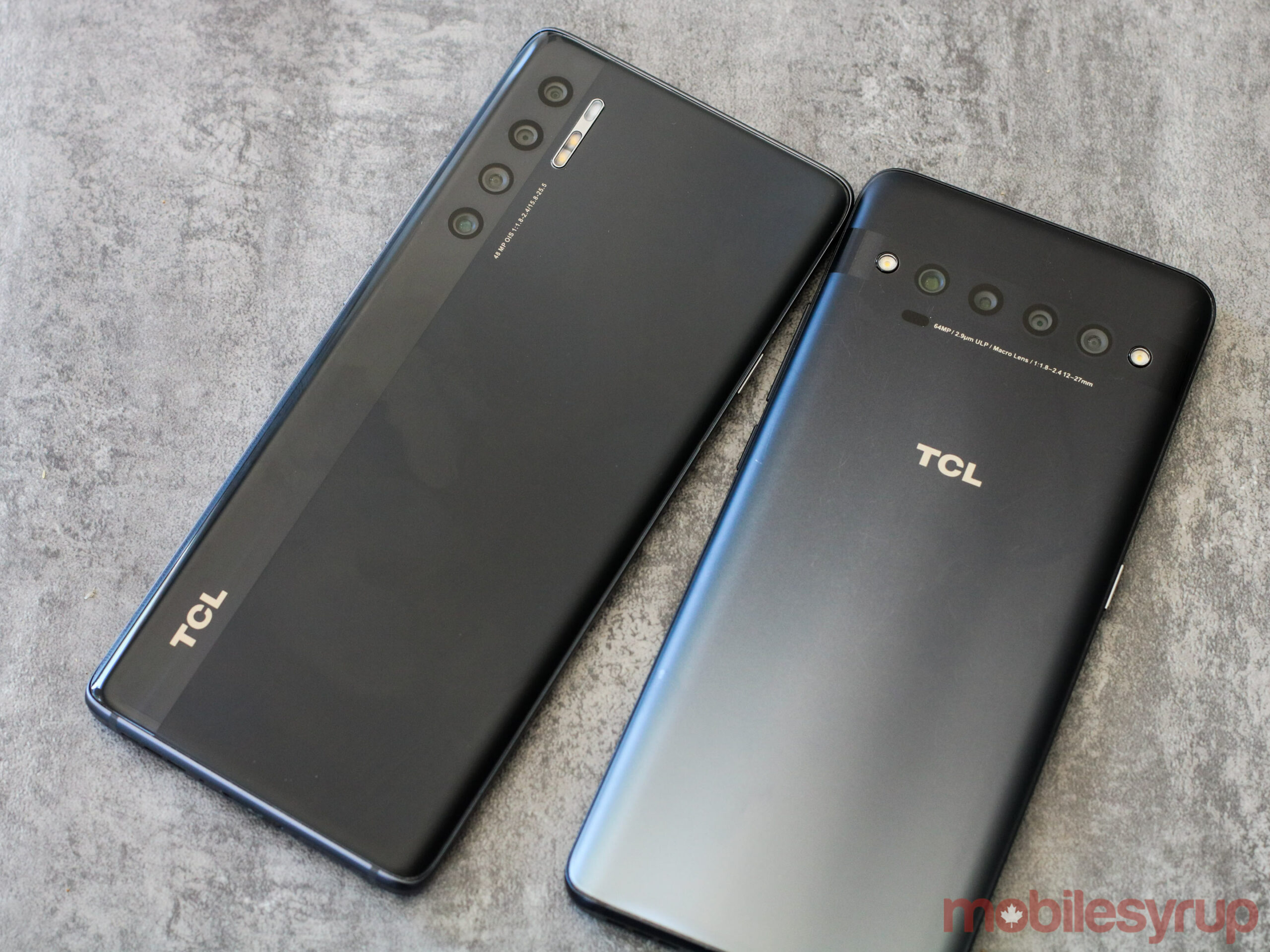 The TCL 20 Pro, thankfully, looks more modern than its predecessor, with slim bezels surrounding the handset’s curved display. It seems like smartphone manufacturers are starting to avoid curved screens, so it’s nice to see TCL continue to keep the dream alive. The handset ditches last year’s waterdrop notch for a centred hole-punch camera, which isn’t a huge change, but it helps refine the smartphone’s appearance.

Last year, TCL said the 10 Pro couldn’t offer a hole-punch display due to its curved AMOLED technology, but it looks like the company has managed to solve that problem.

On the right side of the device, there’s the volume rocker and below it is the power button with an accented red colour. On the left, the phone sports a ‘Smart Key’ that can be programmed to launch various apps and other functionalities.

On the top, you’ll see the beloved IR blaster making a return, and TCL moved the headphone jack to that area as well. I prefer this location because it makes more sense when you have your phone in your pocket. At the same time, it doesn’t matter that much, considering I don’t own any headphones or earbuds with wires.

At the bottom of the device are its SIM tray, USB-C port and speaker grill. Both the top and bottom of the 20 Pro are flat, allowing users to actually make the handset stand up on a table; it’s not completely stable, though, so I wouldn’t suggest doing this without expecting the device to fall. 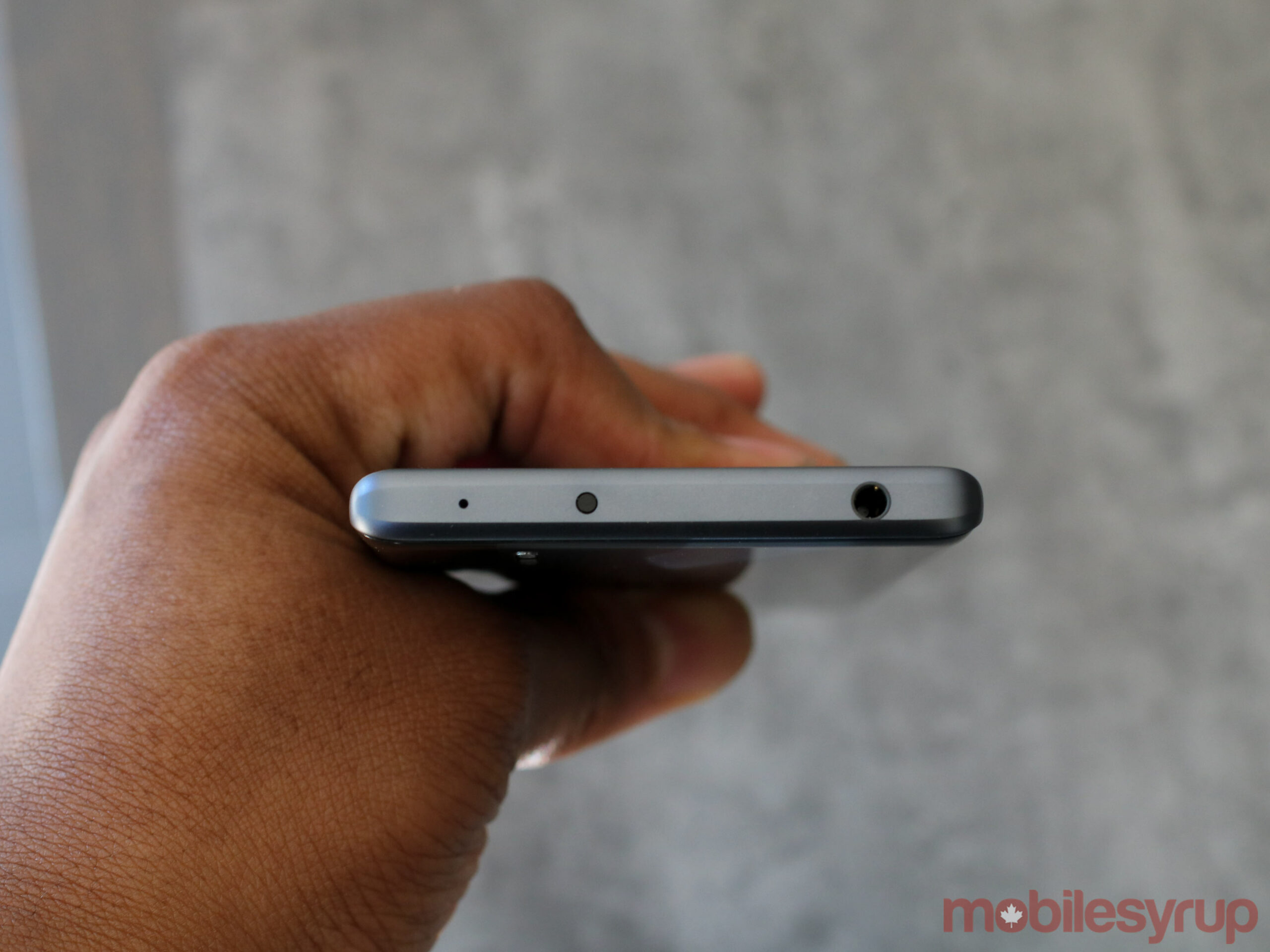 The biggest design changes to the TCL 20 Pro relate to its rear. Instead of a horizontal camera alignment, the phone offers a vertical camera setup with four sensors and a dual-LED flash. The shooters are completely flush to the phone’s backing, which means there’s no unsightly camera bump. This part of the handset is also very glossy compared to the rest of the rear that offers a more frosted finish, similar to the TCL 10 Pro and Huawei P40 Pro, making it challenging to smudge or get fingerprints on it.

TCL added its logo to the bottom of the glossy section of the rear, and though some people will probably hate the look of it, I think it makes the device look more eloquent — at the very least, it’s smart placement on TCL’s part.

I find that the phone fits well in my hand but that its aluminum frame is a bit flat, making it feel awkward sometimes, depending on the angle. This means that some people might have issues holding the TCL 20 Pro considering the phone is already quite large.

With that in mind, the 20 Pro is far from the biggest smartphone on the market. It features a 6.67-inch display and comes in at 164.2 x 73 x 8.8mm. This makes it slightly thinner than the TCL 10 Pro, but also a bit longer and wider. That being said, if you liked the size of the 10 Pro, you likely won’t have any issues with the 20 Pro. 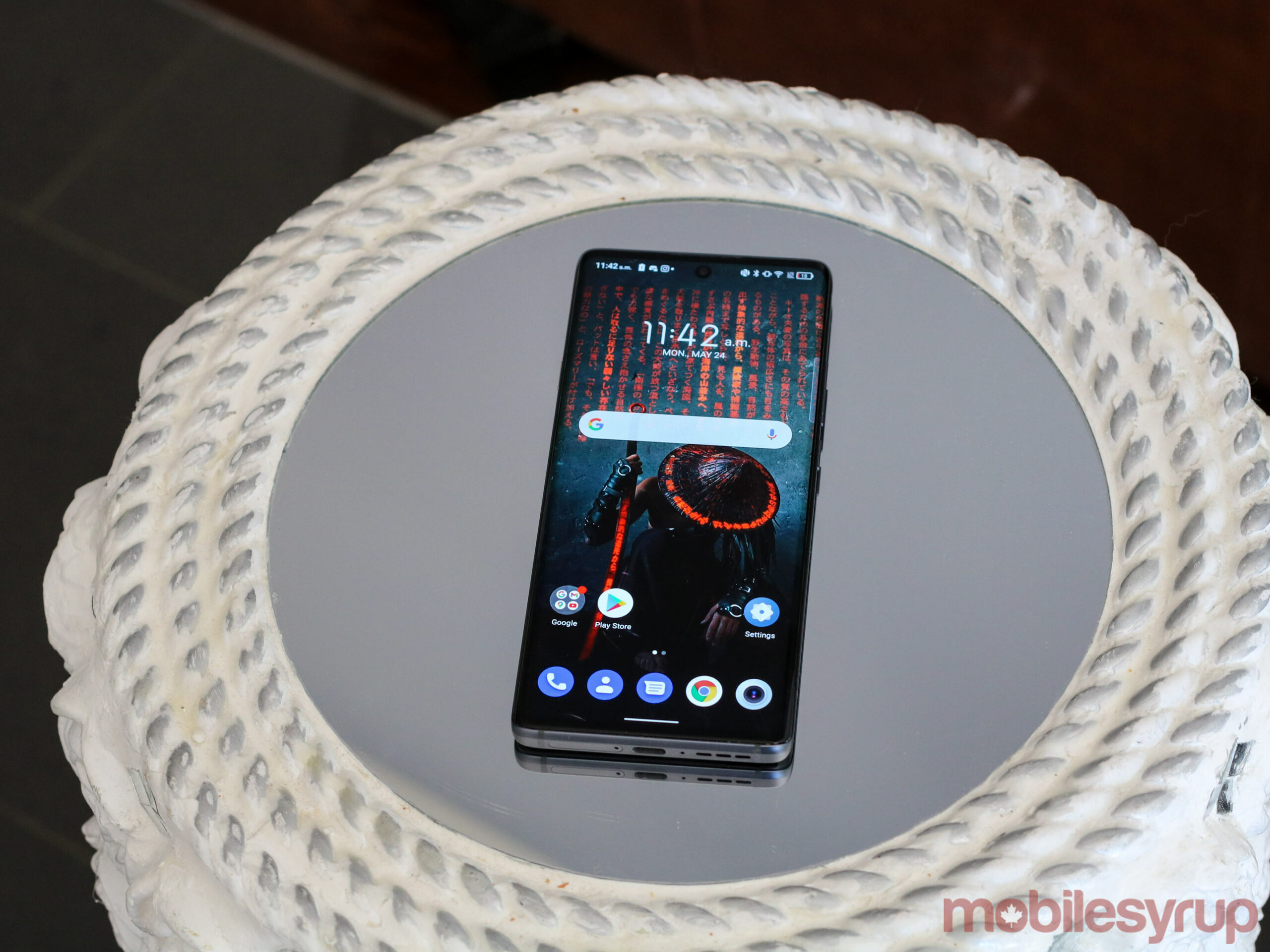 The TCL 20 Pro offers a 6.67-inch AMOLED display with a 1080 x 2400 pixel resolution and support for HDR10. On top of that, TCL has brought its ‘NxtVision’ 2.0 technology to the table. NXTVision 2.0 offers better SDR to HDR conversion, colour calibration and new eye safety features.

The TCL 20 Pro’s display looks good and there are bold and vibrant colours, good contrast with high dynamic range and its blacks are deep due to its AMOLED technology. It’s not the best display on the market, but it’s comparable to other handsets in this category like Samsung’s Galaxy A52 5G. I found that the A52’s display popped a bit more than the 20 Pro in terms of colours and even blacks, but the differences are hard to see unless you have both phones side-by-side. 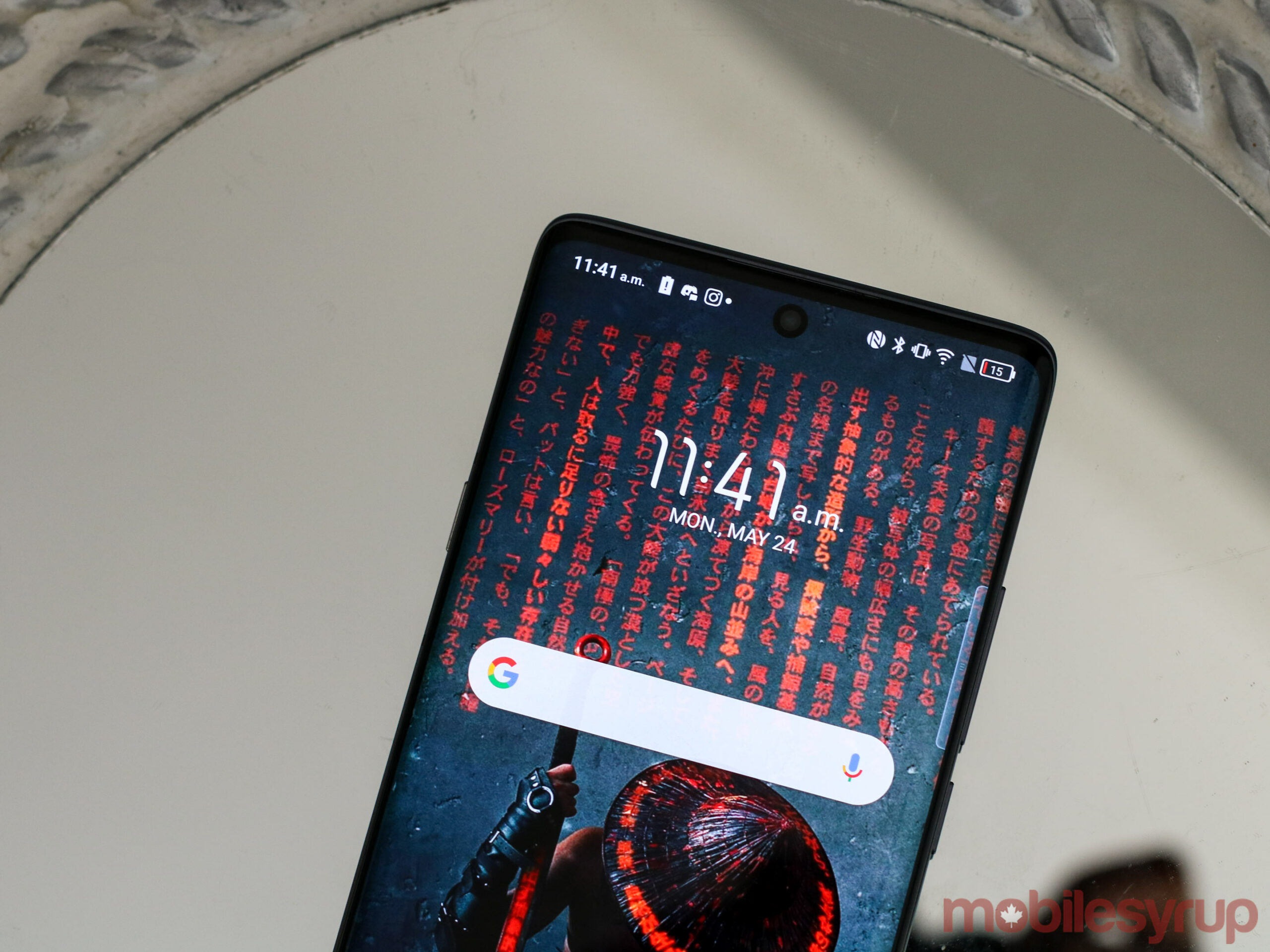 The display is curved, which helps make videos feel more immersive, especially when you bring the screen closer to your face. I watched YouTube videos, played a couple of games of League of Legends: Wild Rift and watched content on Netflix. In all cases, the TCL 20 Pro’s display looked great.

However, the downfall of the display is its 60Hz refresh rate resolution. Comparing the 20 Pro to other phones in its category, 60Hz doesn’t hold anymore and I wish TCL increased the refresh rate. Other mid-range phones like the Galaxy A52 5G and the Pixel 5 both offer screen refresh rates higher than the TCL 20 Pro, and that’s now becoming the standard. Even a 90Hz refresh rate like what the Pixel 5 features, would have been acceptable.

The 20 Pro offers a pretty snappy in-display fingerprint scanner, that for the most part, could accurately detect my thumb.

I tested out the TCL 20 Pro’s camera on a sunny day in the city, and it surprisingly performed decently, especially when I compared it to the 10 Pro’s shooter.

I found its colour accuracy was pretty good and that for a mid-range smartphone, the dynamic range featured in photos offered a good contrast, with dark shadows showcasing well in a bright scene. The 20 Pro’s camera isn’t the best and some photos were better than others, but the pictures were generally vibrant and pleasing to the eye.

Similar to other phones in its price range, I found that when using the TCL 20 Pro to take a picture with a lot of detail, like a park with tons of greenery, the camera often oversharpens edges because its software tries to replicate the detail. However, the 20 Pro was able to better capture these scenes than Samsung’s Galaxy A52 5G.

The ultra-wide camera was a bit darker in some circumstances, but for the most part, pictures shot with this lens are also quite good and similar to the main sensor.

Interestingly, you can’t take ultra-wide pictures when shooting at night, which is a weird move by TCL and not something you see with other modern handsets. Speaking of nighttime photography, images shot under low-light aren’t as bright as photos snapped from a handset like the Galaxy A52 or Pixel 5, but because of that, photos actually look more realistic and like what you’d actually expect to see in the middle of the night. Some people will probably hate this and it’s likely not great if you’re taking pictures of your friends, but in my testing with taking pictures of graffiti, I found it’s a lighting style that I actually prefer. 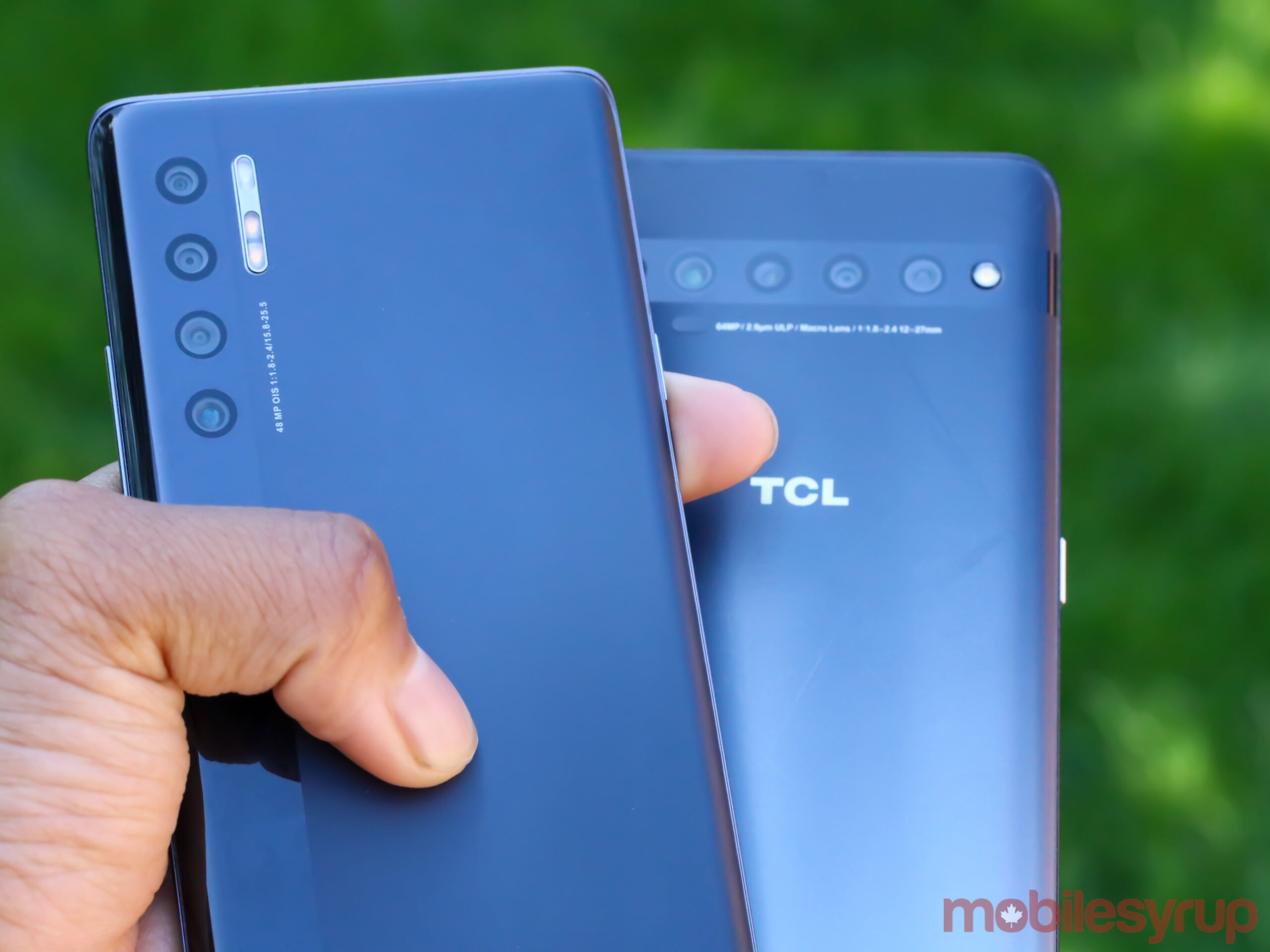 The macro shooter works well and allows you to get close up to subjects with a sufficient amount of detail. You wouldn’t want to blow these pictures up as a 5-megapixel image isn’t great, but it’s fine if you’re just planning to post to Instagram or Facebook.

Additionally, the 32-megapixel selfie shooter works well, though my skin is a bit too bright in the images. That said, the selfie camera’s performance is better than what I’ve experienced with shooters from other companies like LG.

The TCL 20 Pro features a Snapdragon 750G processor similar to the Samsung Galaxy A52 5G and 6GB of RAM. The 20 Pro runs smoothly and I didn’t experience any problems while surfing the web, watching content on YouTube and Netflix, scrolling through Instagram and playing Wild Rift.

That said, I did notice a bit of lag when multitasking while running Wild Rift and YouTube in the background; however, closing the game seemed to fix this issue. For the most part, the TCL 20 Pro offers a snappy and seamless smartphone experience.

Speaking of Wild Rift, I played a couple of games and the device didn’t warm up and ran pretty well. I noticed a very slight lag, but it didn’t affect gameplay significantly. I’d say the issue actually was the placement of the mono speaker. The speaker is typically where you’d put your hand when playing games my sound often ended up muffled. However, shifting my hand, which was a bit awkward for me because I’m used to playing one way, resolved this problem. 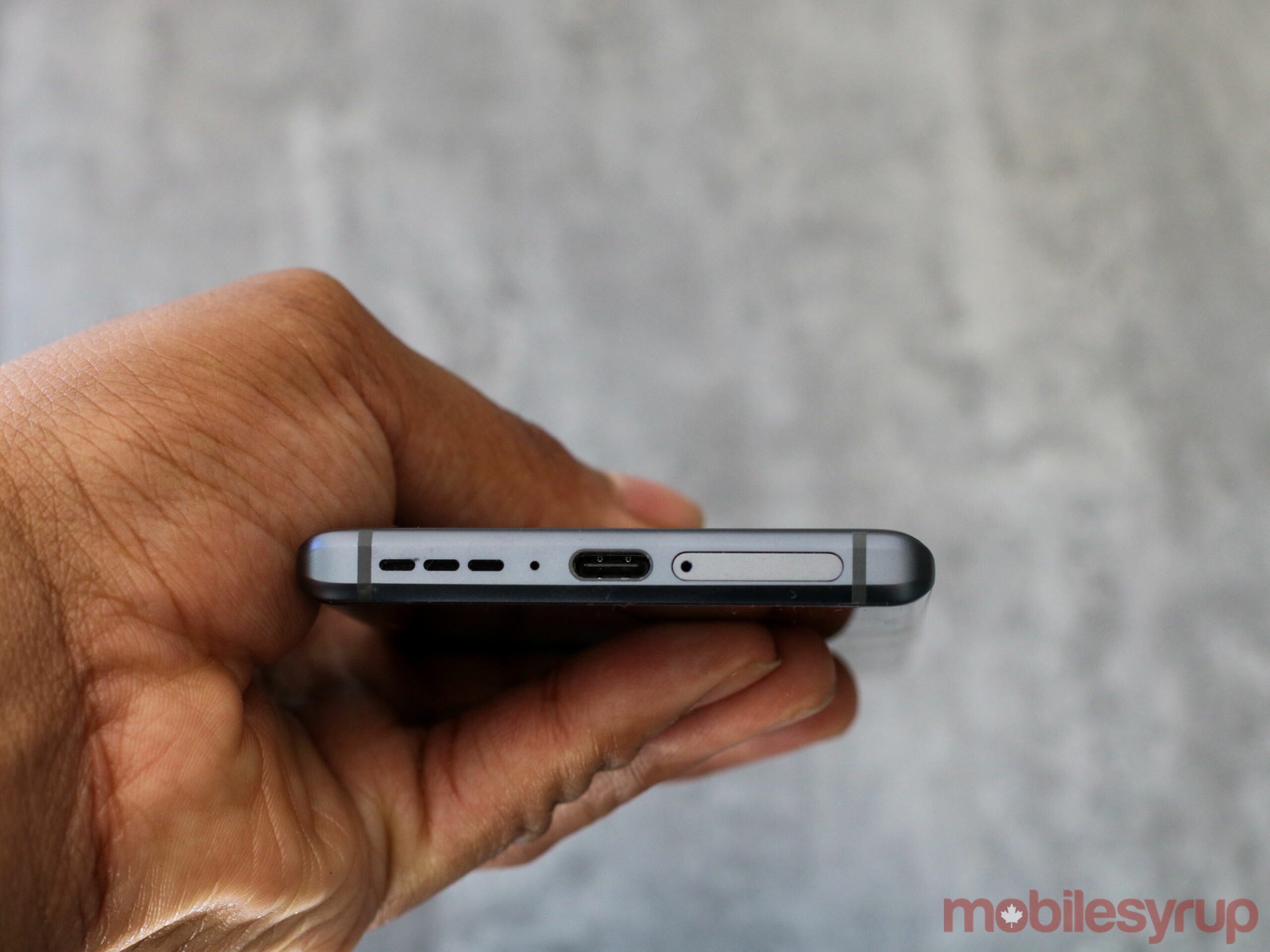 The TCL 20 Pro works with 5G, which I didn’t test as I don’t currently have a 5G-capable SIM card. However, you can learn more about 5G on smartphones in my review of the Galaxy Fold 2 and Patrick O’Rourke’s review of the iPhone 12 Pro.

The TCL 20 Pro sports a 4,500mAh battery that seems to perform reasonably well. With medium usage involving playing a game or two, scrolling through Instagram and taking a few pictures, I found that the phone’s battery easily lasted the entire day.

In total, I had in and around six hours of screen-on time on average.

While the TCL 20 Pro offers a solid smartphone experience, it isn't the best mid-range device I’ve ever used. However, it’s definitely a step up from the 10 Pro. The eloquent design aesthetic, the camera’s vibrant colours, the display with NXTVision 2.0 technology and its affordable pricing, all combine to make the TCL 20 Pro a smartphone worth considering.

In terms of pricing, the TCL 20 Pro 5G is available for $750 CAD, which is about $50 dollars cheaper than the Pixel 5. But what's unfortunate for the TCL 20 Pro is that Samsung has priced the Galaxy A52 at $649.99. The Samsung Galaxy A52 5G offers a 120Hz refresh rate, a higher megapixel primary camera, more nits of brightness and longer-lasting battery life.

TCL does offer some pretty cool incentives like a free TV. And, if you’re someone like me who prefers the curved display, and a slightly better camera this might be the phone for you. You’re also able to purchase the phone from a variety of carriers in Canada to also help subsidize the price.

It’s also worth mentioning that I reviewed the TCL 20 Pro on Android 11, but you’re already able to download the Android 12 Beta on the device, which seems promising for future quick updates, unlike many other OEMs.

"The eloquent design aesthetic, the camera’s vibrant colour, the display with NXTVision 2.0 technology and its affordable pricing, all combine to make the TCL 20 Pro a smartphone worth considering"