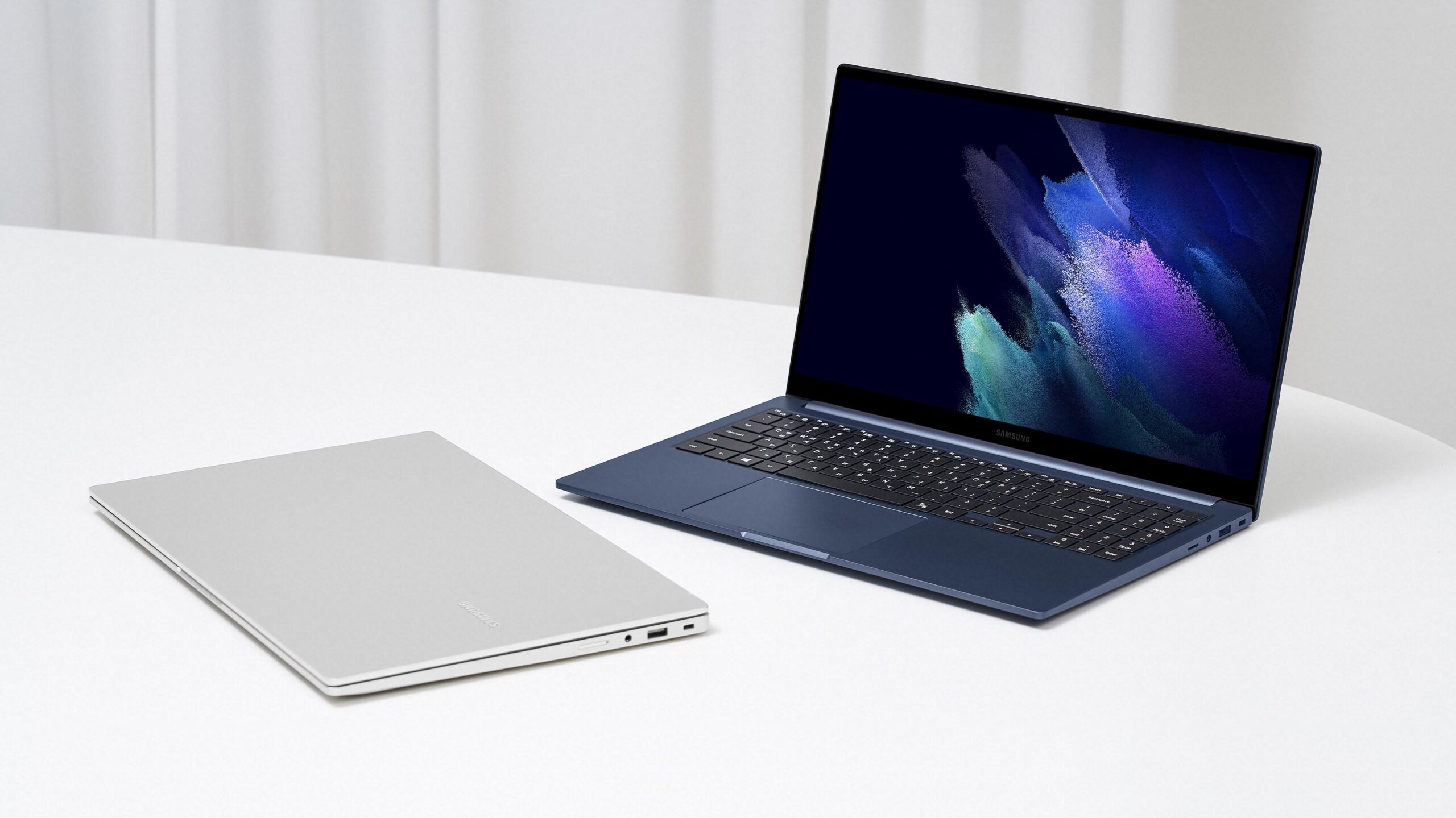 Update 27/05/2021 at 9:16am: Samsung’s new Galaxy Book laptops are available in Canada. It’s worth noting that not all the configurations announced by Samsung are available — for example, only the Galaxy Book variants with 8GB of RAM are on sale for now, with larger memory sizes to come.

You can view all the Galaxy Book, Book Pro and Pro 360 models available in Canada here.

Starting with the Galaxy Book, it’ll be available in ‘Mystic Silver’ with a 15.6-inch Full HD (FHD) 1920 x 1080 pixel resolution display. It’ll come with either an Intel Pentium Gold, Celeron, i3, i5 or i7 CPU, 4GB, 8GB or 16GB of RAM and up to 512GB SSD storage. The Pentium, Celeron and i3 models will use Intel’s integrated UHD graphics, while the i5 and i7 variants include Intel’s new Xe graphics. 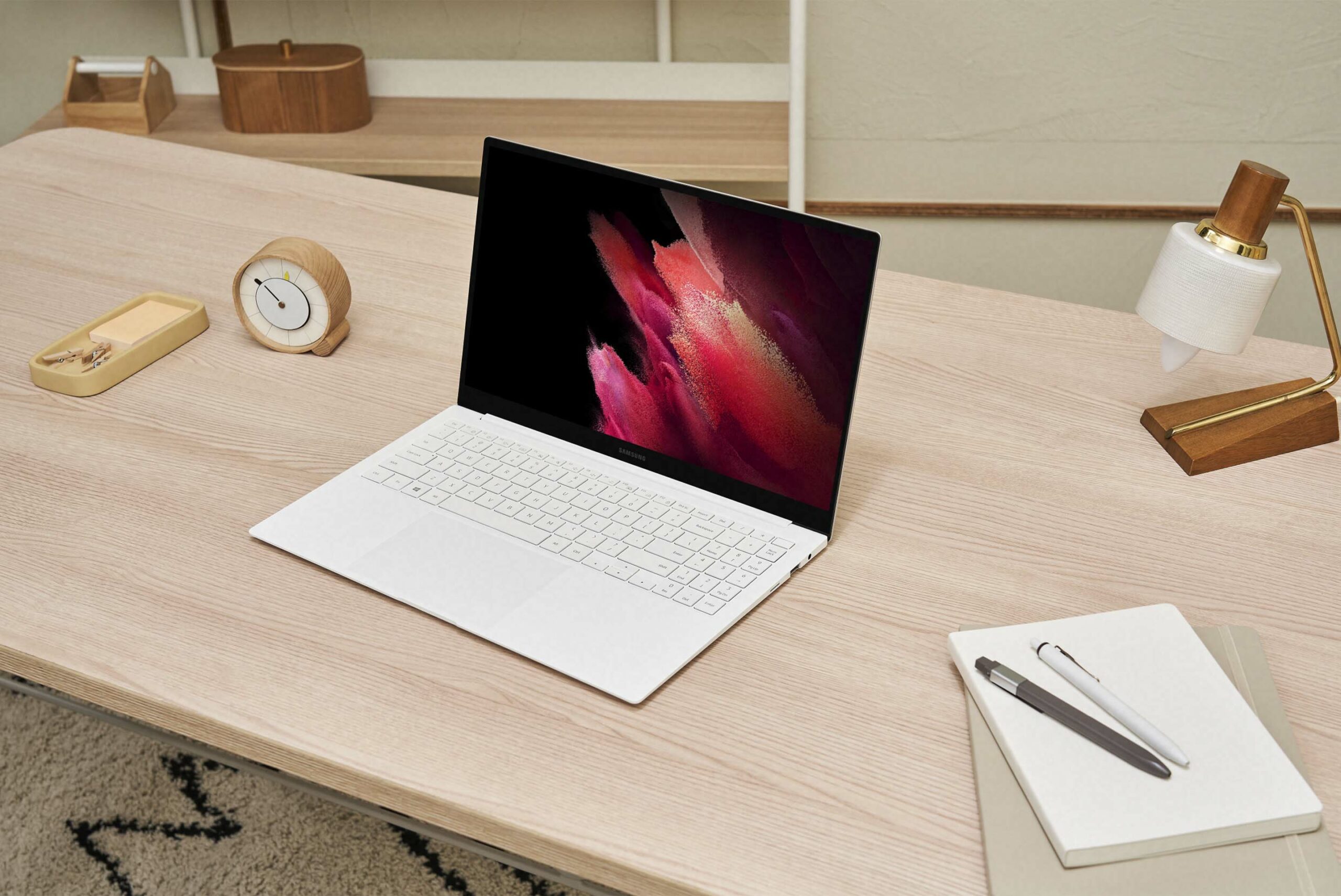 Nest up is Samsung’s Galaxy Book Pro, which is impressively thin — you can check out MobileSyrup staff reporter Jon Lamont’s full hands-on with the Book Pro here. In short, the Book Pro boasts excellent performance and battery life. Available with either a 13.3-inch or 15.6-inch display, the Book Pro sports an AMOLED FHD display with a 1920 x 1080 pixel resolution. Additionally, the Book Pro can be equipped with either an 11th Gen i3, i5 or i7 processor with Intel UHD graphics (i3) or Xe graphics (i5, i7). Those interested in the 15.6-inch model can also upgrade to an Nvidia GeForce MX450 GPU.

Further, the Book Pro offers either 8GB, 16GB or 32GB of RAM and up to 1TB of SSD storage, the same camera/mic array as the Galaxy Book, a fingerprint scanner and Dolby Atmos audio. In Canada, the Galaxy Book Pro will be available in either ‘Mystic Blue’ or ‘Mystic Silver’ starting at $1,469 for the 13.3-inch or $1,599 for the 15.6-inch model. 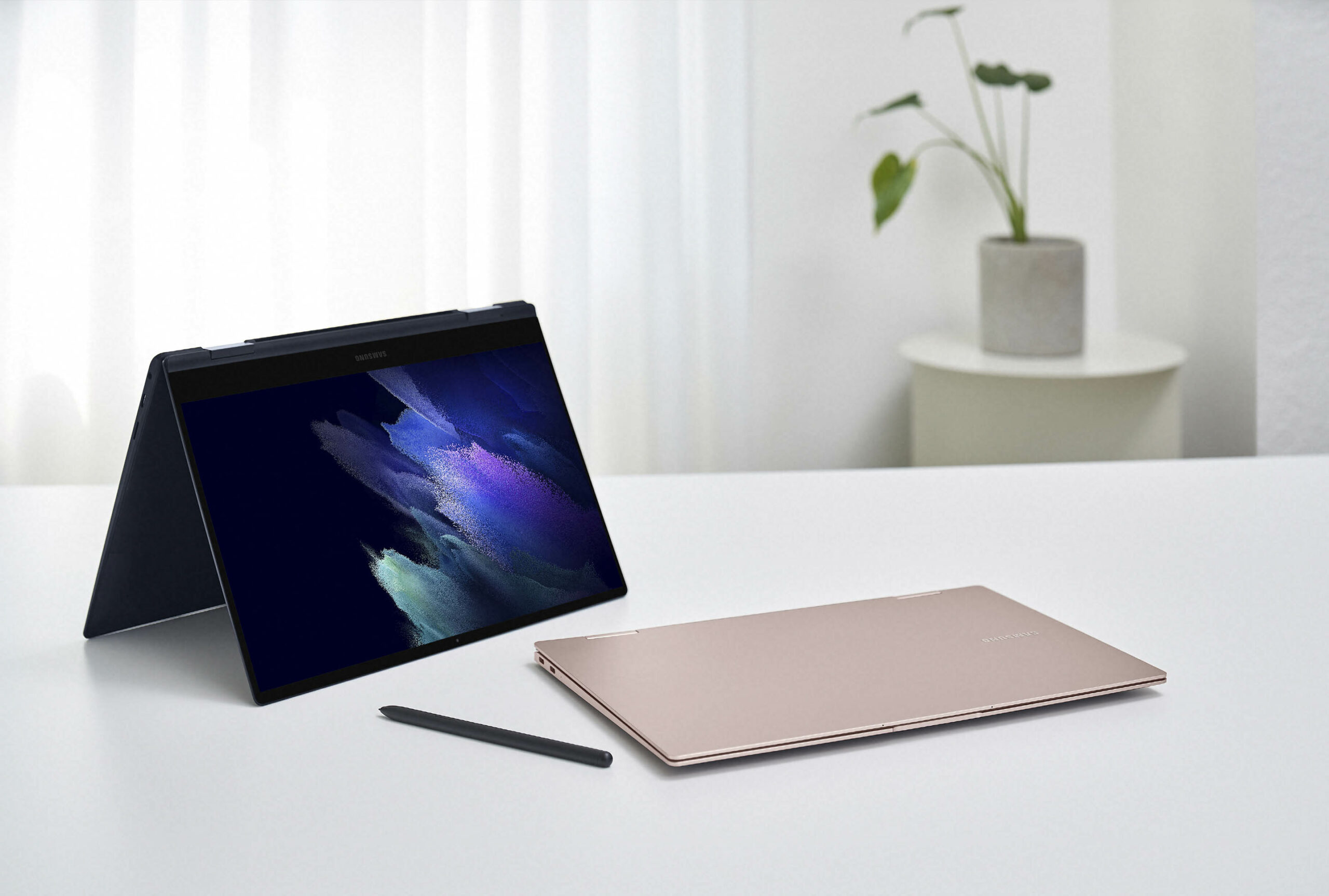 As for the Galaxy Book Pro 360, it’s a similar device to the Book Pro but boasts a 360-degree hinge, S Pen support and more. There are some minor differences in dimensions (the Pro 360 is slightly thicker than the Book Pro). It’s also worth noting that the Book Pro 360 will only work with the S Pen that comes in the box. If you have another Samsung device with an S Pen, you won’t be able to use it with the Pro 360.

Samsung also says that the Book Pro 360 supports 5G, although the cellular models will arrive later once the company gets carrier certification. While the regular Galaxy Book Pro doesn’t offer 5G, Samsung hinted that LTE models may arrive at a later date.

Pre-orders for all three open April 28th and they will be available for purchase starting May 14th. Canadians who pre-order the Galaxy Book Pro 360 or Book Pro will receive a pair of Samsung’s Galaxy Buds Pro in ‘Phantom Black.’ Plus, Canadians who purchase a Galaxy Book Pro 360 between May 14th and 28th at a Samsung Experience Store, carrier or retailer partner location will receive an e-voucher that can be redeemed online for the Galaxy Buds Pro in ‘Phantom Black.’

You can learn more about the laptops on Samsung’s website.