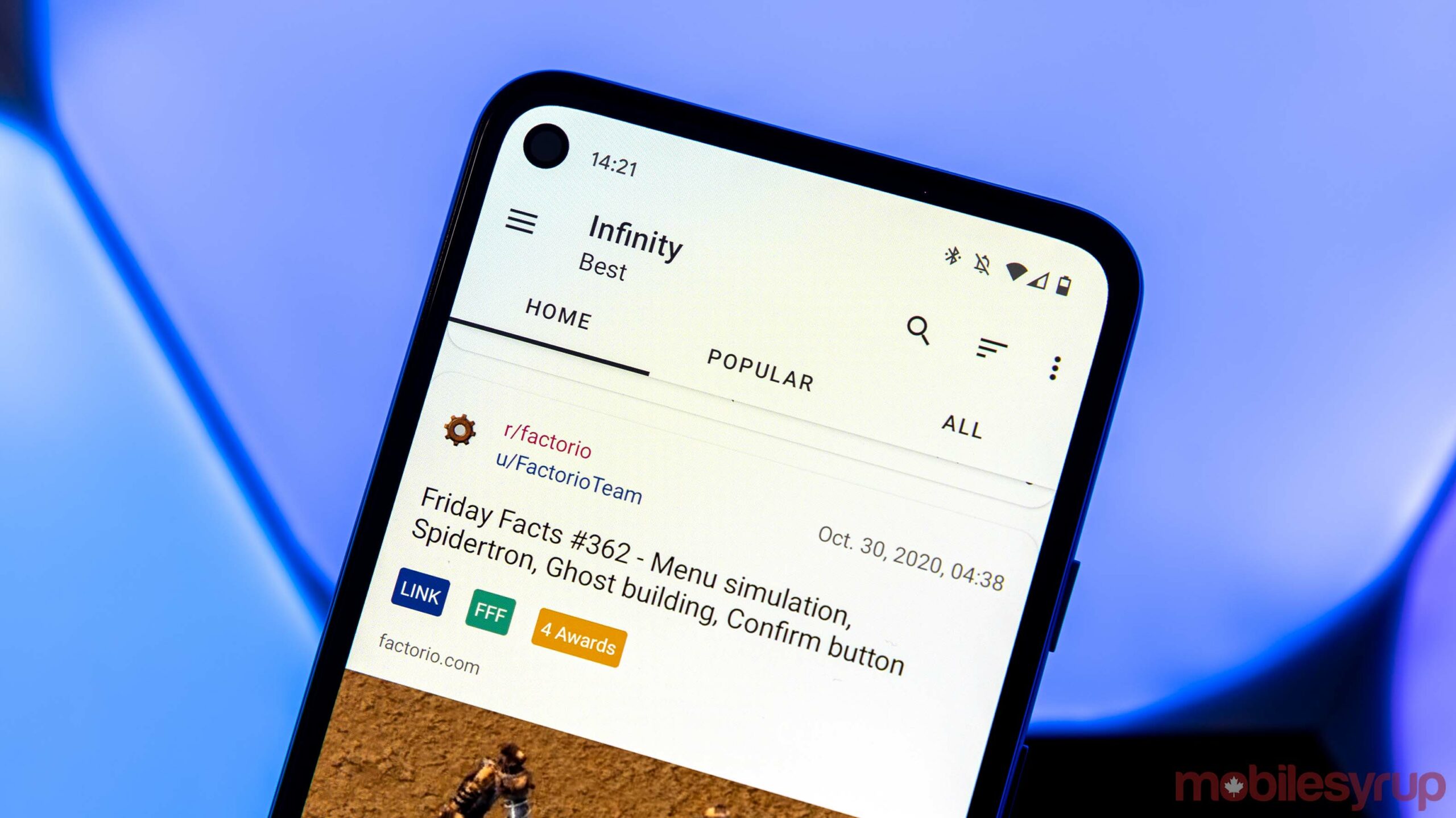 Earlier this year, I wrote about Comet, an excellent third-party Reddit app for iOS. As much as I like Comet, it’s an iOS-only affair and for the most part, I typically use Android. Aside from Reddit’s own app, there aren’t many cross-platform Reddit apps (Slide and Bacon Reader come to mind). While all these apps are good, one Android Reddit app, in particular, stands out above the rest: Infinity for Reddit.

What drew me to Infinity in the first place was that it’s open source. Over recent months, I’ve found myself on a bit of an open source kick — open source apps offer a few benefits over closed source apps and I’ve found quite a few awesome open source alternatives to apps I use often. One of the main benefits, and one I think should be valuable to everyone, is that open source apps can often be more secure and better respect users privacy. This isn’t necessarily a guarantee, but generally it’s true for some apps thanks to the nature of open source: anyone can look at the code and find any sketchy behaviour.

Granted, the average person likely won’t look at the code, let alone understand it, but some people do. Plus, open source apps allow for other people to contribute to the project and overall brings a more community feel to software.

Great features like ‘Lazy Mode’ and custom themes for free 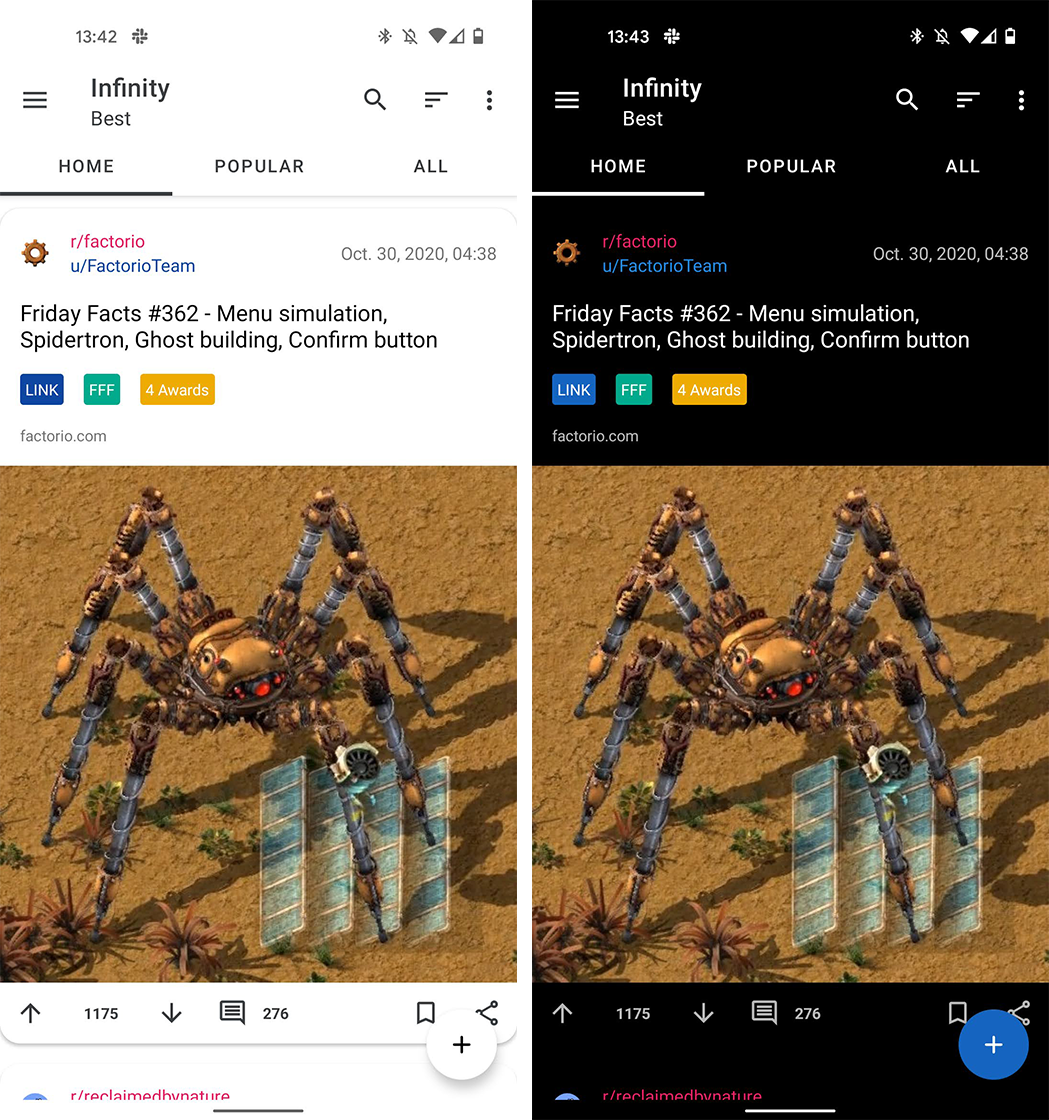 Open source aside, Infinity for Reddit offers several other benefits. For example one highlighted feature is ‘Lazy Mode,’ which lets the app automatically handle scrolling so users can just relax and read posts as they go by. It’s a neat addition, although I didn’t find particularly useful. However, some people out there will definitely be fans and enjoy giving their thumbs a break.

Infinity also supports multiple Reddit accounts, something that not all apps support (and many that do lock the feature behind a premium subscription). On that note, Infinity is completely free to use and doesn’t have ads. This alone makes Infinity a great option for many — there’s no premium tier hiding some features or capabilities.

Another bonus with Infinity is it offers fairly robust theming. Out of the box, the app offers a light theme, dark theme and support for Android’s default theme, which means it can switch between light and dark mode with the rest of your phone. There’s a ‘true black’ AMOLED theme as well, and several options for customer themes that you can build out and tweak based on whatever colour preference you have. 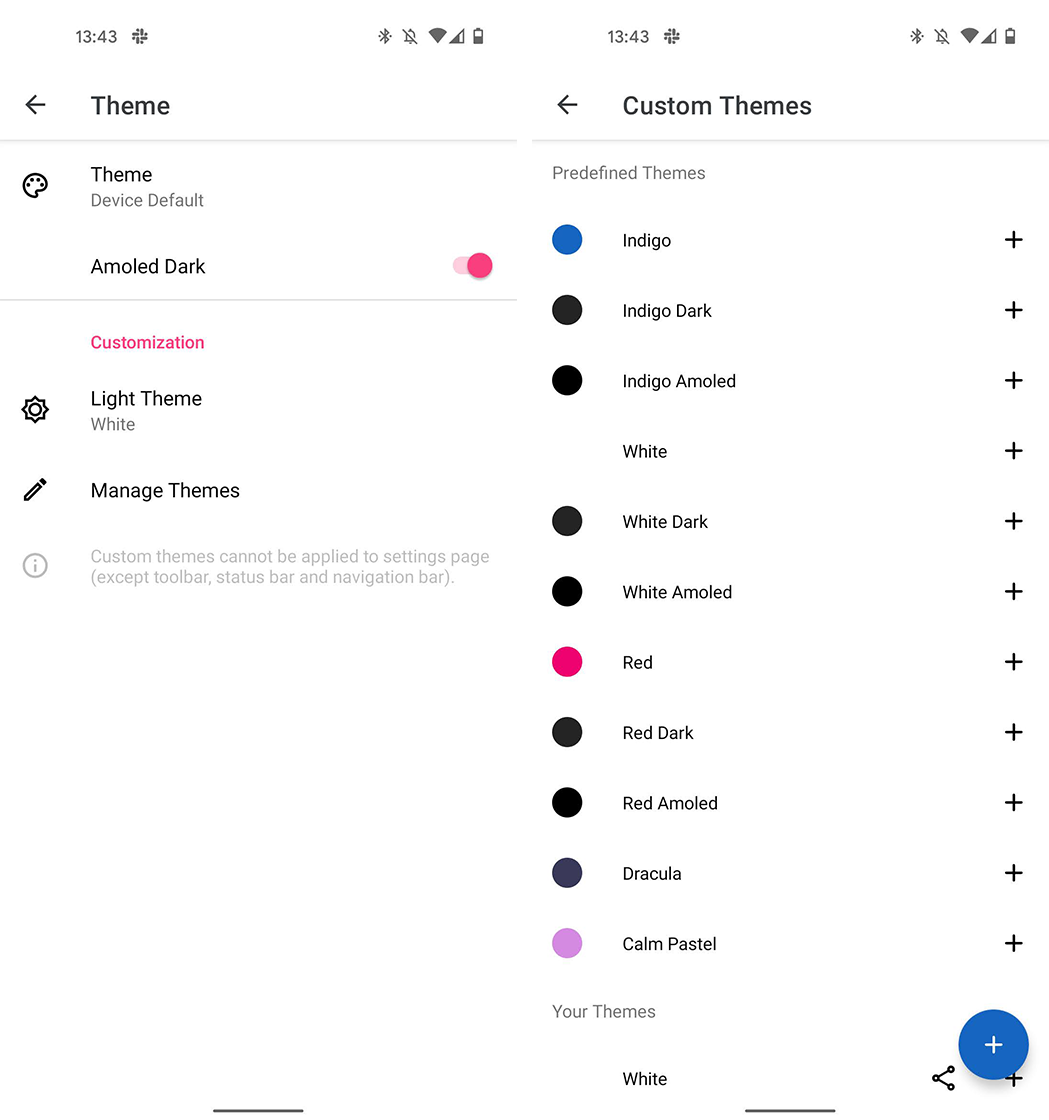 One lesser-known but certainly welcome feature of Infinity is it easily ports your data over when you switch phones. It may not be a huge benefit for most users, but it’s proved especially useful for me since I’m often switching between devices for work. This includes not just your Reddit account and subreddits but also your app settings and custom themes. It’s nice to have one less app to fiddle with and set up when booting up a new device.

With all that in mind, I highly recommend Reddit users on Android give Infinity a try. It’s a solid app with excellent features, great visuals, customization and more. Plus, it’s completely free to use and, if you’re a fan of open source, it checks that need too. Infinity is available for free on the Google Play Store. You can also check out the Infinity subreddit here (the dev is quite involved) and view the app’s source code on GitHub.