AirTags are rumoured to support Apple's U1 ultra-wideband chip 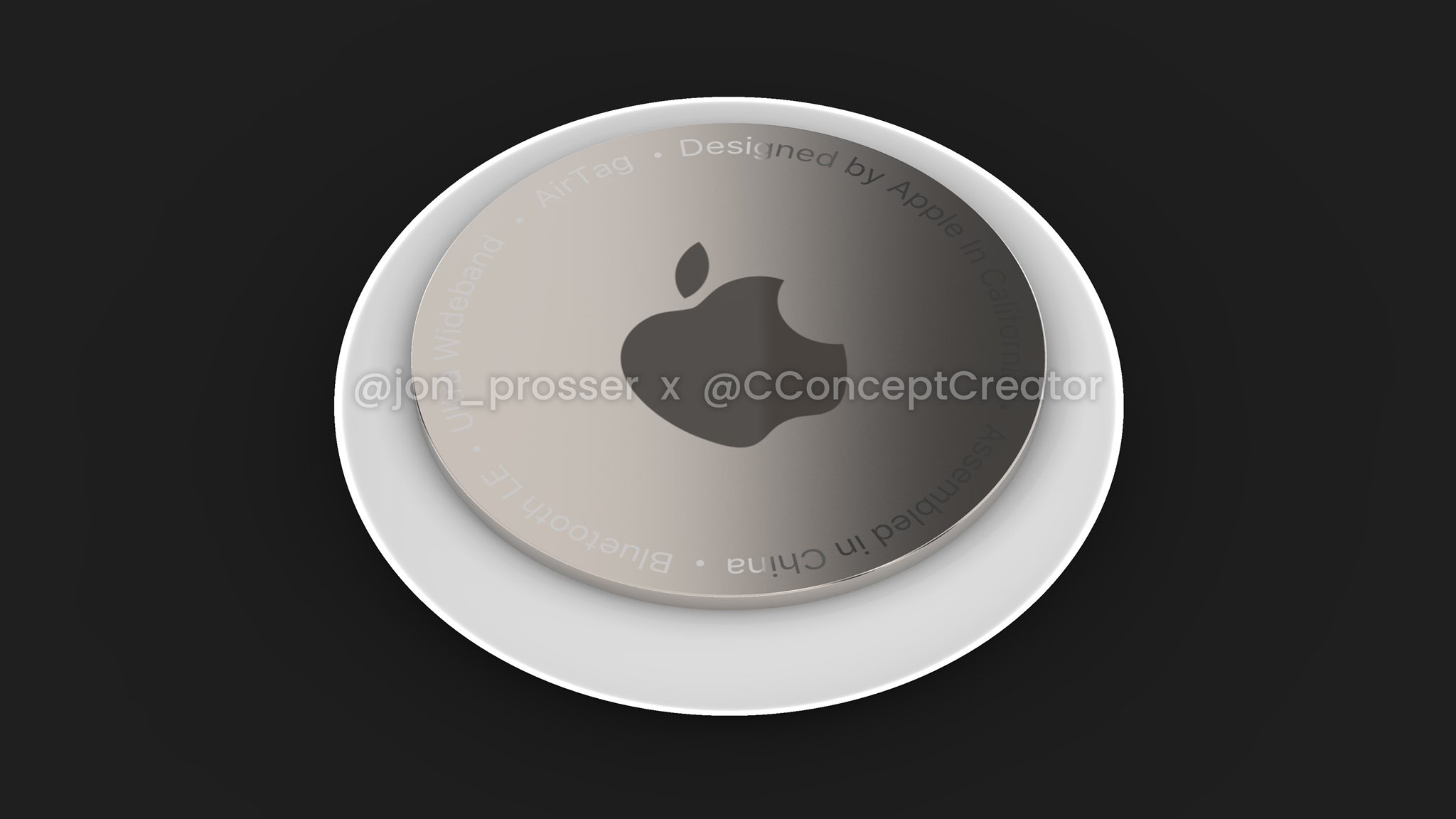 With Apple’s big fall hardware event set for September 15th, leakers are releasing all of the remaining information they have about the tech giant’s upcoming keynote.

Backing up a promise from earlier this week, YouTuber and Leaker Jon Prosser has revealed more information about Apple’s Tile-like Bluetooth tracker rumoured to be called AirTags.

To be clear, the render included in this story isn’t an official look at Apple’s AirTags. Instead, Prosser says its a render based on a real-life video he was sent of the tracking device. In order to protect his sources, he created a 3D render with ConceptCreator rather than release the actual video.

The concept shows off a round white disc with a metal back that features the Apple logo. The size of the AirTag is rumoured to be roughly the same as a bottle cap. Similar to Tile’s trackers, reports indicate that AirTags are designed to be attached to several different kinds of devices.

While AirTags can’t receive a signal, they’re able to broadcast their location to Apple’s iPhone 11 and later thanks to the smartphones U1 ultra-wideband (UWB) chip. So far, the UWB chip has only been used for enhanced AirDrop functionality.

The accessory will also likely be able to indicate its location based on Bluetooth low-energy signals. Further, Prosser says that UWB and the U1 chip are coming to “all future Apple products.”

Prosser also recently tweeted that he’s seen what Apple’s often-rumoured over-ear headphones look like, so there’s a possibility he could also release images of the AirPods Studio later today.

Apple will likely reveal the iPhone 12 series, the Apple Watch Series 6 and a new iPad at its upcoming fall hardware event. There are also rumours swirling that the tech giant will save the iPhone 12 and iPhone 12 Pro reveal for early October, given the smartphone is expected to release a few weeks later than normal.