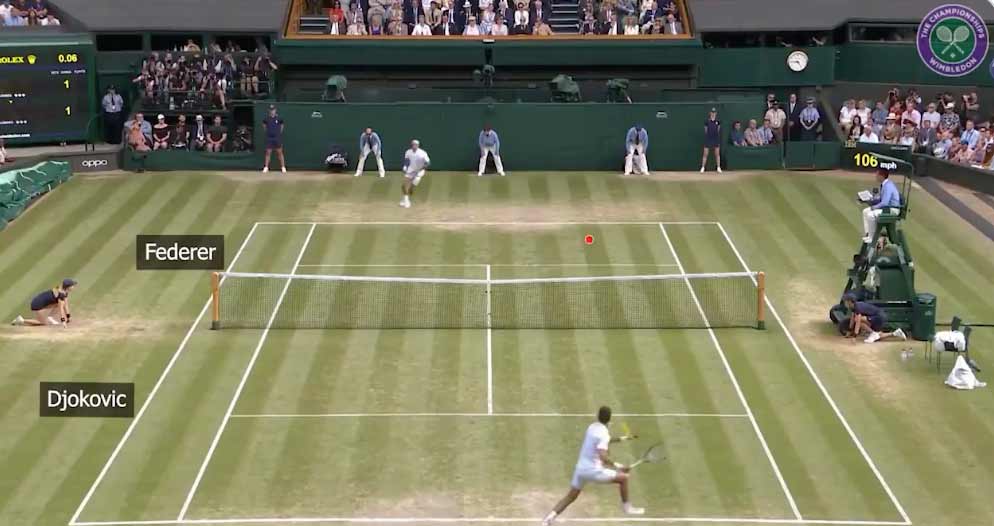 In the 2019 Wimbledon final, Roger Federer was a point away from taking the cup, only to miss twice, allowing Novak Djokovic to come out on top.

Now, however, history has been altered through a new AI-generated simulation that allows Federer to win after all.

Further, the model can account for how a match may have played out should a single shot have landed differently. In this way, the simulation can account for Federer ultimately winning the Wimbledon final had he not made a fatal error.

It’s important to note, though, that the simulation isn’t perfect. As you can see in the footage, there are visual hiccups that break the illusion of reality, such as unmoving fans and officials, as well as a lack of shadows from the players.

Still, it’s easy to imagine how this otherwise impressive AI model could be applied elsewhere, namely in a video game. Crafting realistic artificial intelligence among non-player characters is always a particular challenge among developers, so it will be interesting to see whether Stanford’s work can help at all.