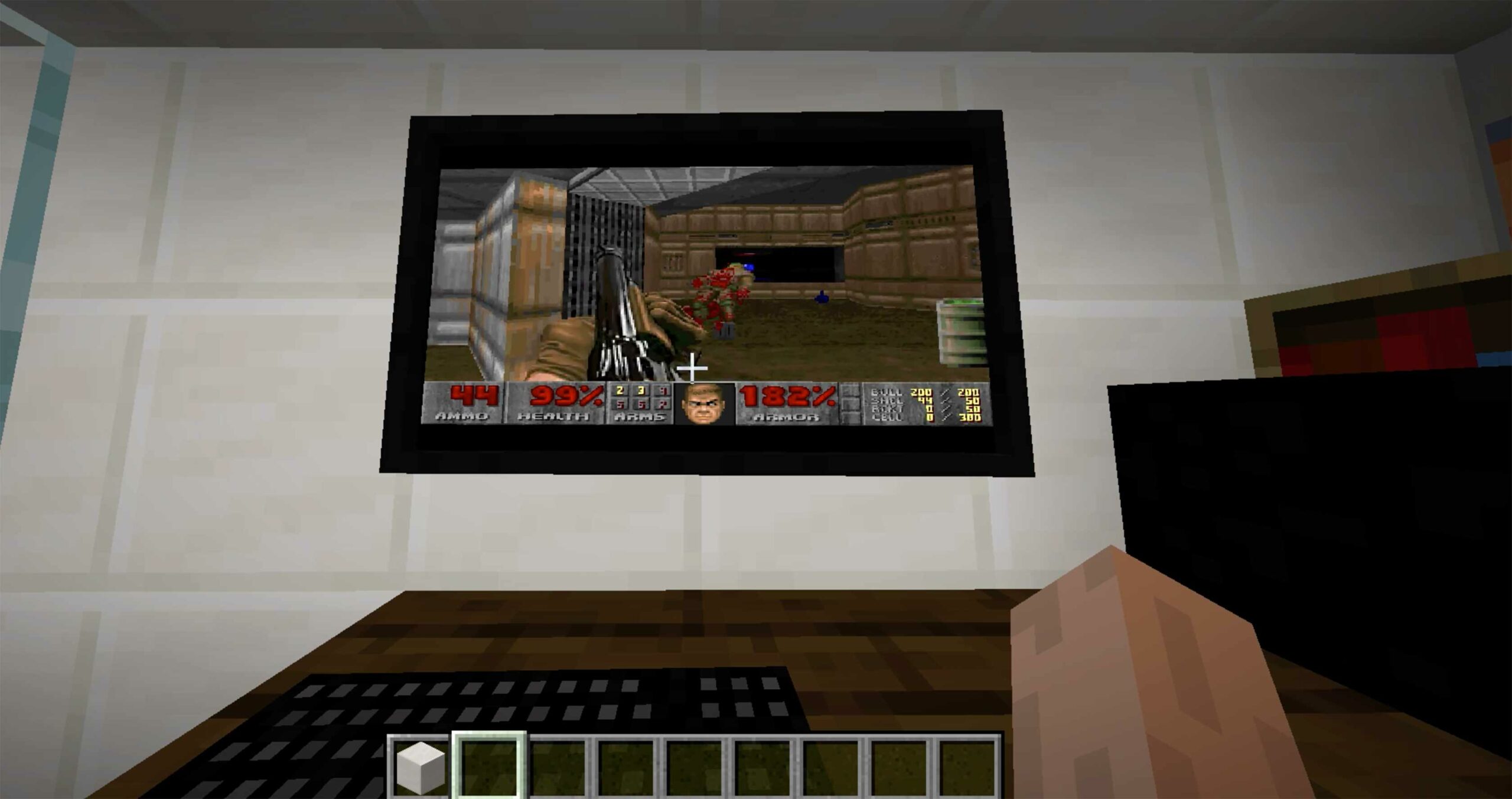 Minecraft is a game that’s all about letting you build virtually anything that you want.

Given that conceit, then, shouldn’t you be able to build a computer with Windows 95?

That’s the idea behind a new VM Computers mod for Minecraft through which players can order in-game computer parts to build a computer that can run, among other operating systems, Windows 95. What’s more, you can actually play the original Doom on said PC.

I played DOOM in Minecraft with VMComputers mod. from r/Minecraft

How it all works is that the mod leverages the free open-source virtual machine software, VirtualBox to run OSes. From there, place a PC case block and then use it to create virtual hard drives to install operating systems from ISO files.

With this mod, Minecraft fan DrunkMate has been able to get the classic first-person shooter up and running.

However, given time, it’s likely that even more games will become playable. The big question is: will people go full Xzibit and make Minecraft playable within Minecraft?