BTS fan or not, the themed S20+ looks incredible 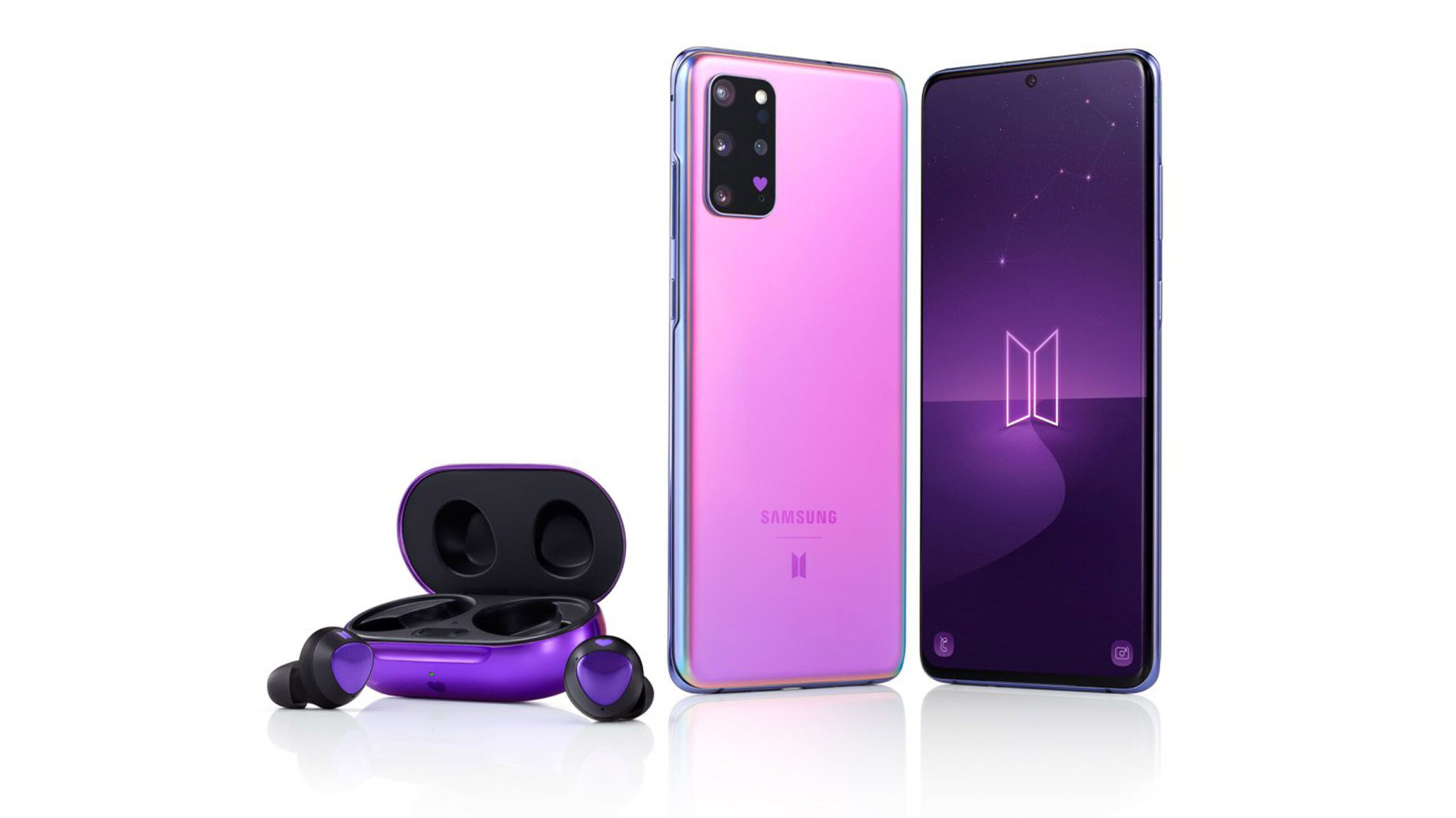 BTS, for the unfamiliar, is a seven-member boy band from Seoul, South Korea. The themed Galaxy S20+ features the K-pop group’s logo as well as an iridescent purple colour on the back panel that’s associated with the band. Additionally, there’s a heart logo on the camera array.

The BTS Edition phone includes BTS-inspired One UI themes. There’s also a pre-installed copy of the Weverse app, a social media platform used by BTS members to communicate with fans and share content. On top of that, Samsung includes photo cards of the band in the BTS-themed box. 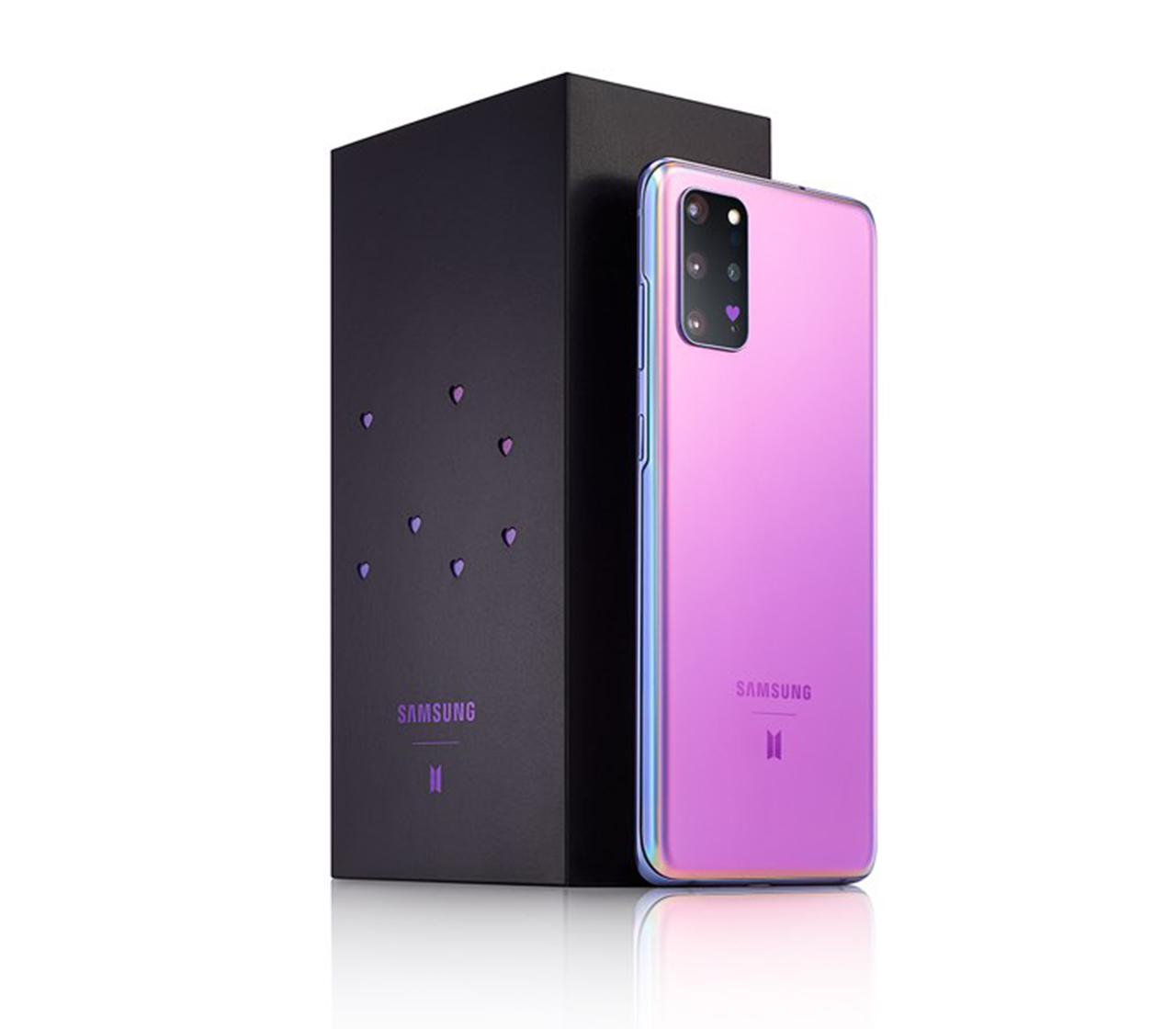 Along with the Galaxy S20+ BTS Edition, Samsung has BTS-themed Galaxy Buds+ earbuds too. However, the Buds+ feature a simple cosmetic change with purple hues on the earbuds and the case, as well as the BTS logo and heart iconography.

The Verge reports that Samsung will offer a free BTS poster for anyone who preorders the branded S20+ or Galaxy Buds. If you preorder both, you’ll get two posters. Further, preordering the Galaxy S20+ will net customers a 50 percent discount on the matching Galaxy Buds+. Preordering the Buds+ will include a BTS-themed wireless charger, also in purple. 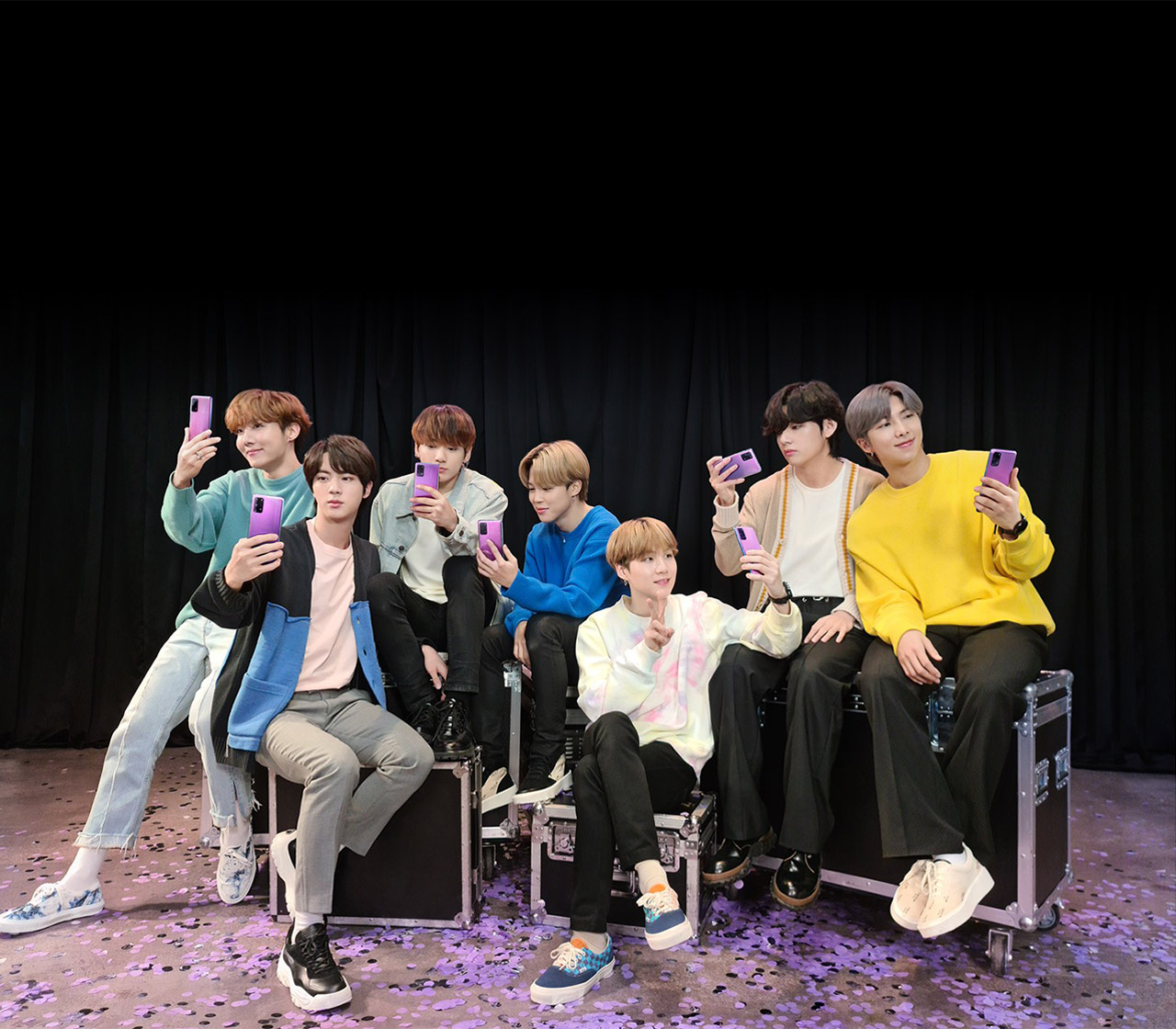 The BTS Edition Galaxy S20+ and Galaxy Buds+ will be available on Samsung’s website as well as Amazon starting on July 9th, which is also the seventh anniversary of the BTS ARMY fan collective. Preorders begin on June 19th. However, it’s not clear how widely available the BTS-themed devices will be. At the time of writing, Samsung’s Canadian website didn’t include any details about the BTS Edition devices, which suggests they may not be available in Canada.