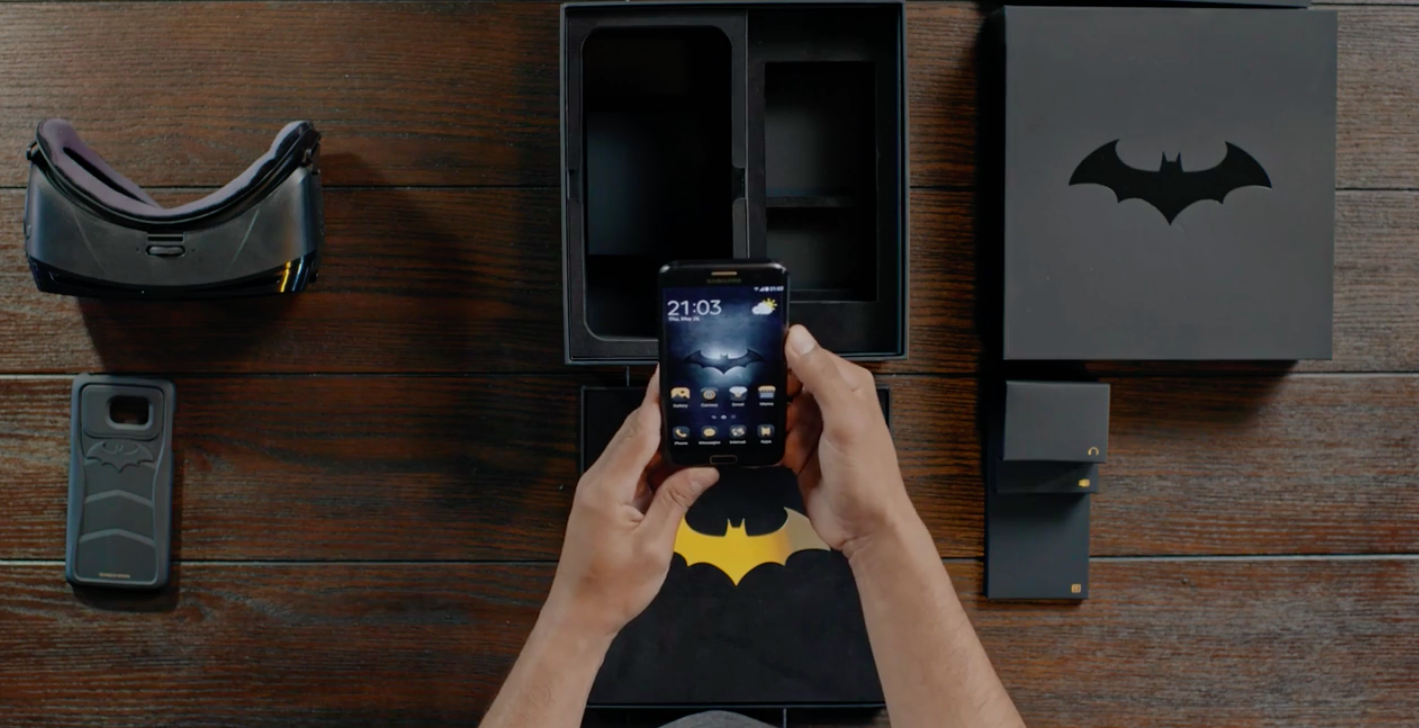 The Samsung Galaxy S7 edge is available in Gold Platinum, Black or Silver in Canada, but who needs those bland options when you could possibly score one decked out with Batman bling.

In partnership with Warner Bros. and DC Entertainment, Samsung officially announced the Galaxy S7 edge Injustice Edition. The collaboration was to celebrate the third anniversary of Injustice: Gods Among Us. This is a limited edition version of Samsung’s “high-performance smartphone” that will be available early June in China, Singapore, Korea, Latin America and Russia. While there is no indication of a Canadian release, Samsung noted that other countries will be “announced soon.”

There are some differences with this GS7 edge compared to the mass produced version, specifically “enhanced hardware and software capability, and bigger battery capacity ensuring long play time.” Samsung did not state how much bigger the battery is than the 3,600mAh non-removable battery found in the GS7 edge.

In addition, part of the uniqueness of this Galaxy S7 edge Injustice Edition is that it comes in deep black with gold detailing around the home button, logo, camera and flash. The Batman seal is located on the back and the box also includes a distinct Gear VR headset that’s loaded with Oculus VR content vouchers.

Unfortunately, there is no indication of pricing for this limited edition curved smartphone. However, for those interested, eBay will soon be your best friend.