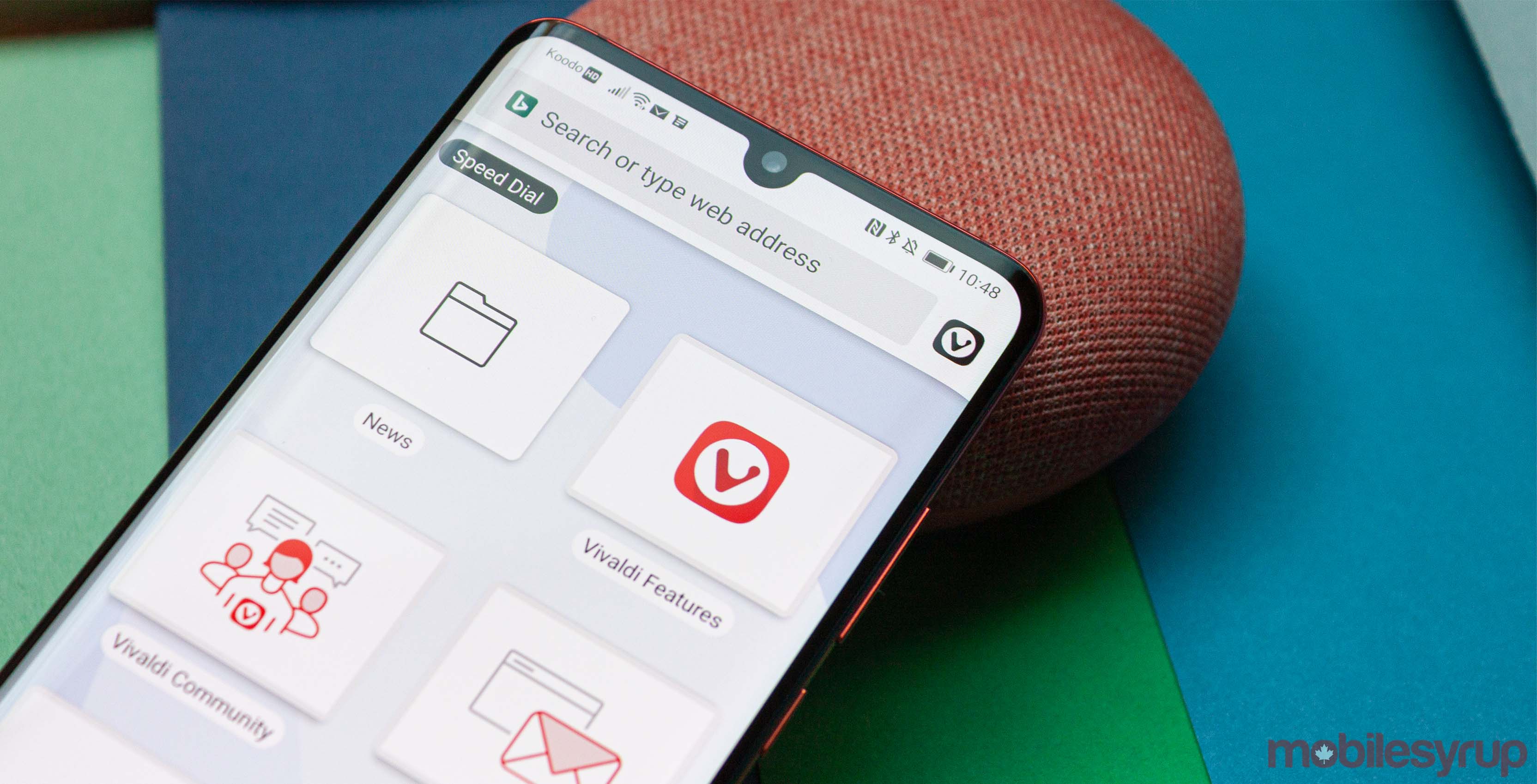 After officially launching on Android back in April, Chromium-based Vivaldi browser is rolling out a small update that improves dark mode.

Vivaldi already offered an excellent dark theme that could transform the browser’s interface. Further, the theme followed Android’s system setting, making it easy to browse in dark mode at night or light mode during the day. However, the new update takes things a step further by expanding the dark mode setting to web pages.

Once you’ve applied the most recent Vivaldi update, you can turn on the feature by tapping the ‘V’ logo in the top right corner > Settings > Themes > toggle ‘Dark mode for Web Pages’ on. Once enabled, Vivaldi will automatically apply a dark theme to all the websites you visit.

While certainly a welcome addition, it’s worth noting that it isn’t a perfect implementation. For one, the theme doesn’t follow the system dark mode, unlike the rest of Vivaldi’s theme. Further, in my testing, the feature sometimes inverted the colour of images on some sites. Oddly, it didn’t affect every image. 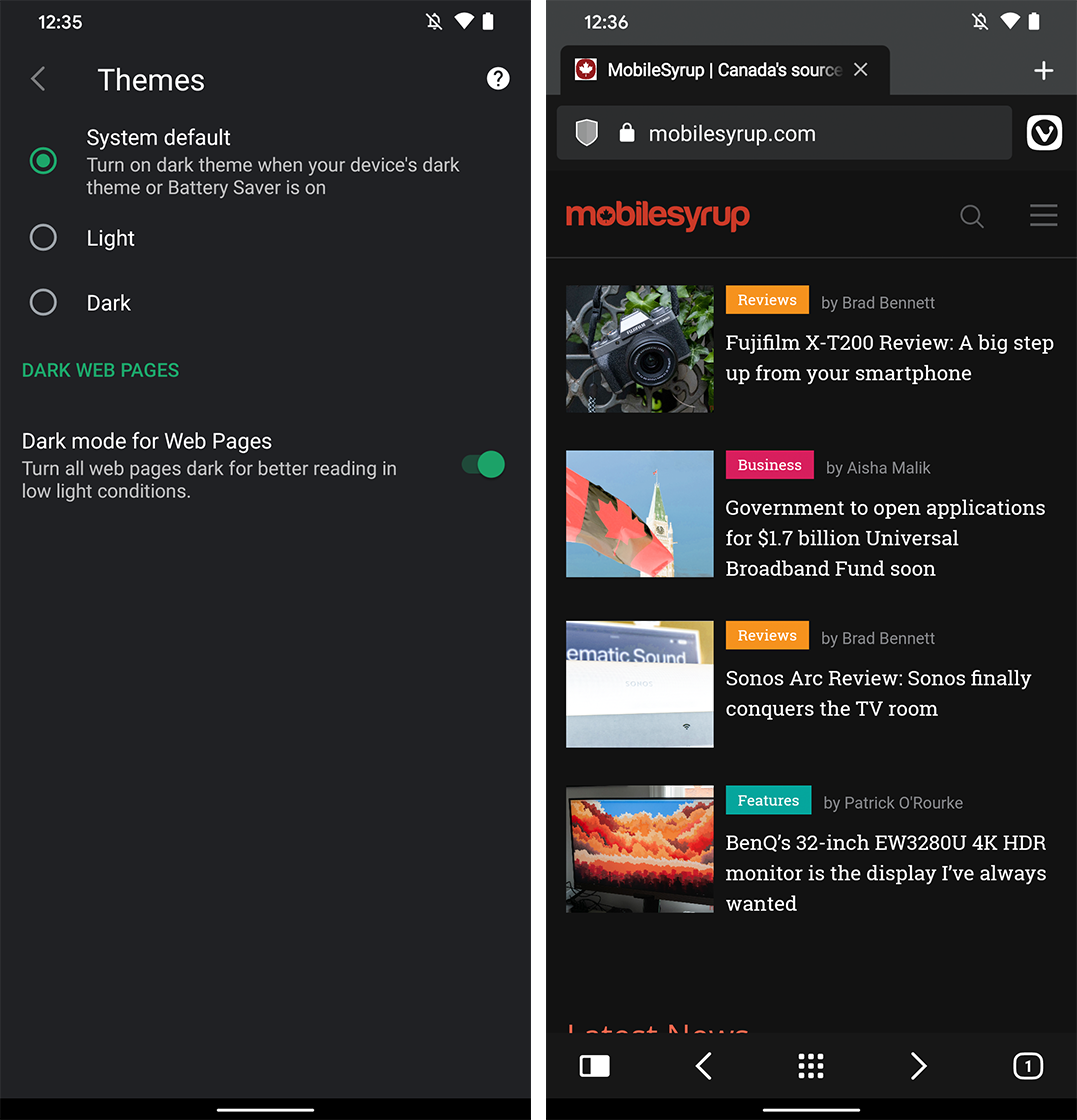 Along with the improved dark mode features, Vivaldi said in a blog post that it “rounded a few rough edges” and fixed some bugs with under-the-hood improvements in the update.

If you’ve been considering switching away from Google Chrome, Vivaldi could be a great option. Thanks to its Chromium base, it maintains compatibility with most websites and Chrome extensions. Vivaldi also offers several nice features in its Android app, including a tab bar, built-in ad tracker blocking, aa capture feature for screenshotting webpages and much more.

Vivaldi is available for free from the Google Play Store.

Vivaldi for Android now available after months of beta testing