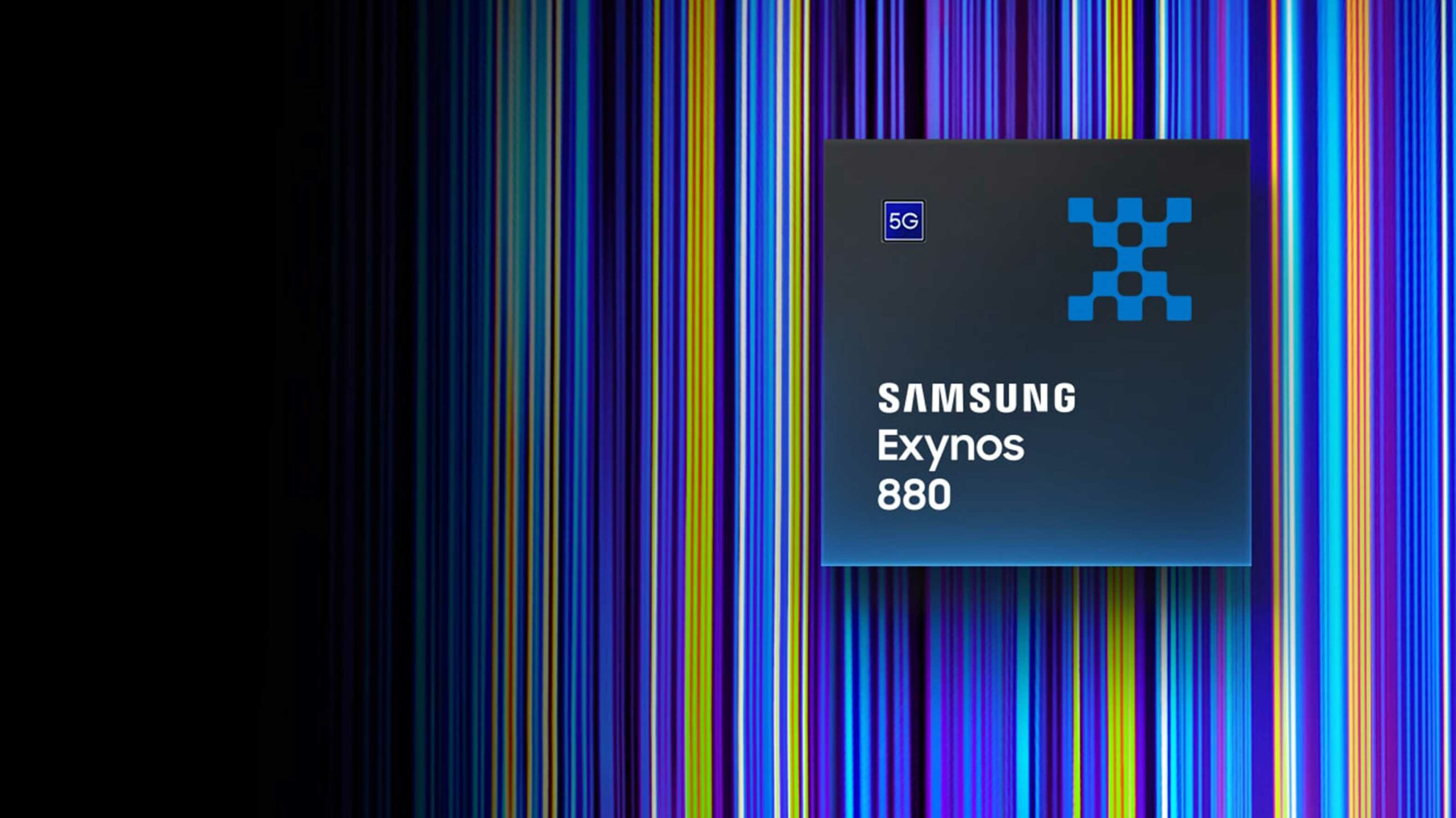 Samsung is aiming the latest Exynos chipset at low-cost phones, but it includes several big features, such as 5G support.

Samsung pulled back the curtain on the Exynos 880 today, which has an integrated modem that can support downloads of up to 2.55Gbps and upload speeds of 1.28Gbps. Samsung is also working some magic that can use both 4G and 5G together for a maximum download speed of 3.55Gbps.

The chipset is also capable of powering Full HD+ screens with the more powerful ARM Mali-G76 Mp5 graphics processing unit. Samsung is claiming this should result in faster load times and high framerates, although it doesn’t specify what framerates.

Samsung is also highlighting the chip’s camera capabilities. It can support AI-camera functions and up to five different lenses, three of which it can use at the same time. Plus, it now supports single camera resolutions of up to 64-megapixels or dual-camera setups of 20-megapixels each. On the video side, it can do 4K 30fps video recording and playback, with HEVC, H.264 and VP9 codecs.

You can find out more about the chipset on Samsung’s website. While it hasn’t made its way into any phones in Canada, it did just launch in the Vivo Y70s, and we can likely expect it to show up in some Samsung A series phones at some point.