Wrestling fans can access every past WrestleMania event and much more 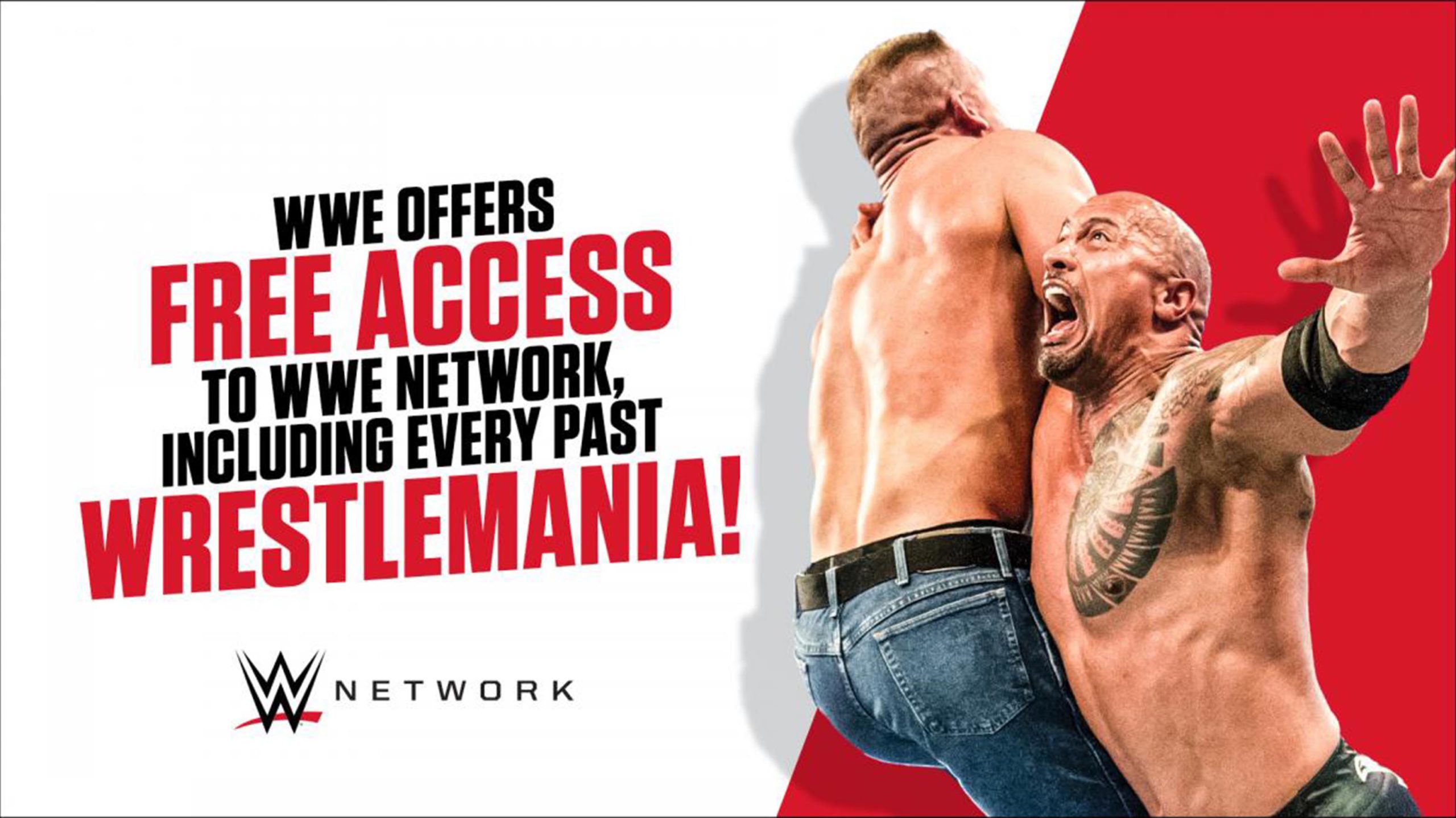 If you’re a wrestling fan, here’s some good news: WWE is offering limited-time free access to WWE Network along with every past ‘WrestleMania.’

Wrestling fans will be able to access a significant portion of the WWE Network library, including thousands of hours of on-demand content. Additionally, fans will have access to every WrestleMania event in history, countless pay-per-view spectaculars, original documentaries and more.

In a blog post on the WWE website, WWE outlines some of what you can access through the free offer. Along with every WrestleMania ever, WWE is offering every ‘Royal Rumble,’ ‘SummerSlam’ and ‘Survivor Series’ event. Every ‘NXT TakeOver’ and ‘NXT UK TakeOver’ will be included as well.

To take advantage of the free offer, you just have to create a free account at ‘watch.wwe.com.’ It’s worth noting that when you sign up in Canada, WWE Network asks you to sign in through your TV provider as well. However, at the moment, you can skip that process and get straight to watching wrestling. It’s not clear if that’s because of the free WWE Network offer or not.

Typically, WWE Network subscriptions are available through your cable provider.

Further, WWE Network is available to stream on the web, as well as through the WWE app on the App Store and Google Play Store.

You can learn more about the free offer on the WWE website.