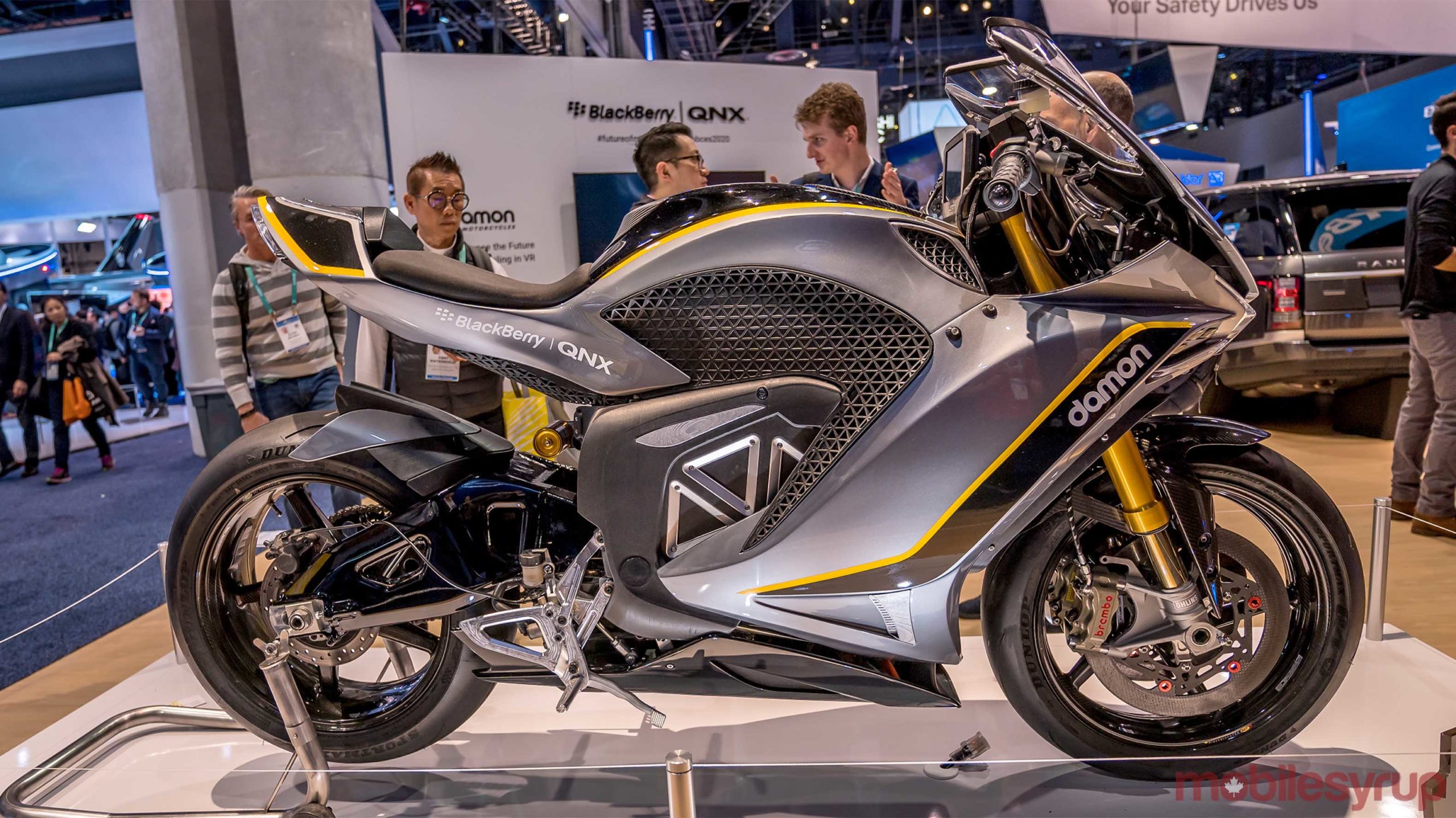 BlackBerry QNX is working with a Canadian motorcycle startup to deploy its CoPilot safety warning technology into an all-electric model.

Vancouver-based Damon unveiled its Hypersport Pro flagship bike at CES 2020 at the BlackBerry QNX booth in an interactive stationary demo using virtual reality (VR). The motorcycle itself not only has an electric motor, but is also laden with unique features and ergonomics.

The bike will adjust in motion in what the company calls “Shift,” lowering itself in the back when stationary to make it easier to balance it with your feet, like at a red light, for instance. It can also tilt the handlebars forward slightly for better aerodynamics and lower centre of gravity when picking up speed. 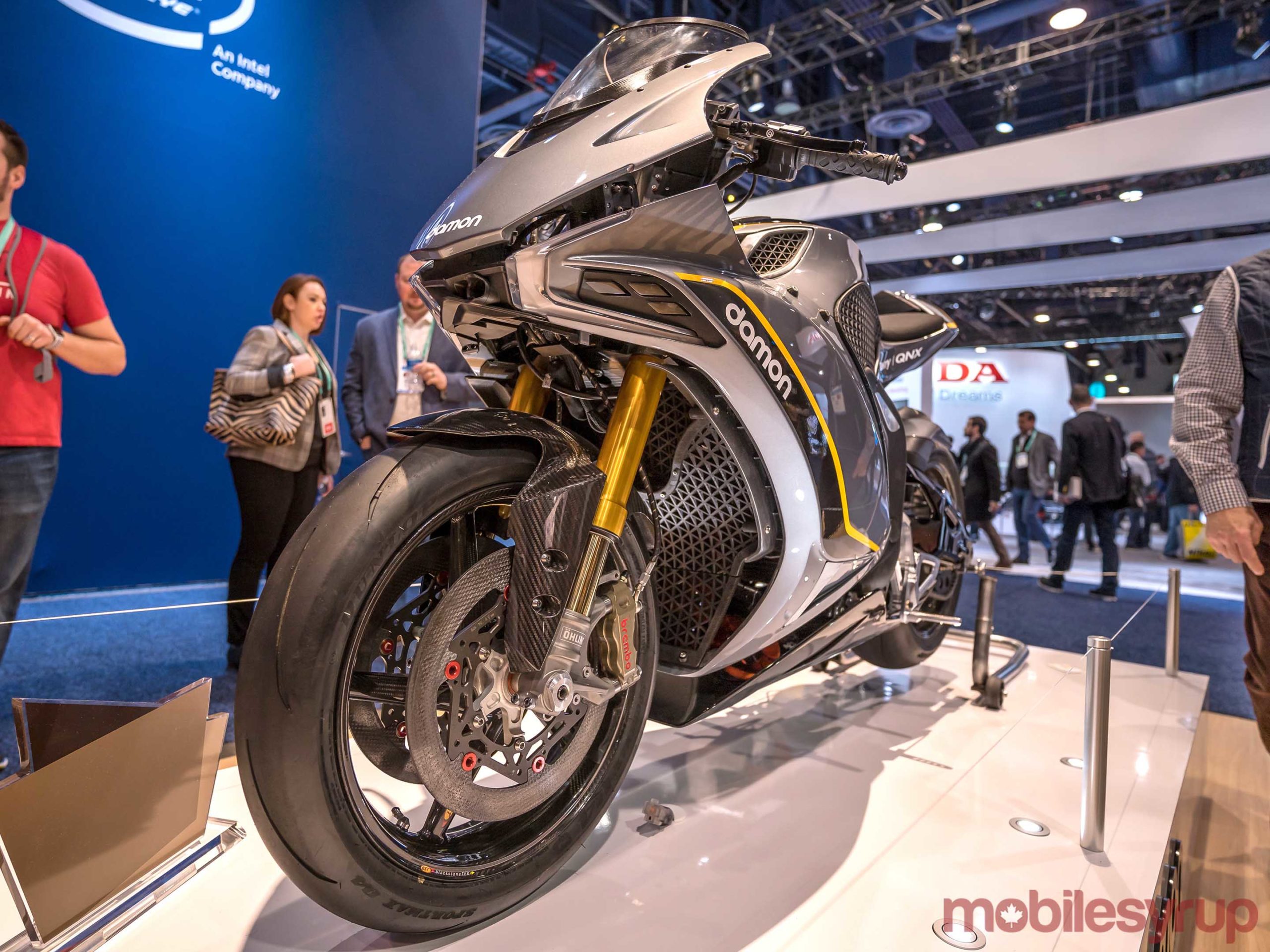 Damon’s CoPilot tracks everything around the motorcycle to aid in issuing warnings or setting off these ergonomic adjustments. It uses radar, cameras and other sensors to track the speed, velocity and direction of whatever is moving around the bike. That can be a vehicle up ahead, or another one passing in the next lane over, for example.

The demo I tried used various scenarios to show how the system would work on the road. At one point, while looking to pass a car in front, I was warned of another one coming in the left lane through a visual indicator on the windshield. It was a yellow LED light and haptics on the handlebars, similar to how lane departure warnings work in cars by illuminating the side mirror or vibrating the steering wheel. 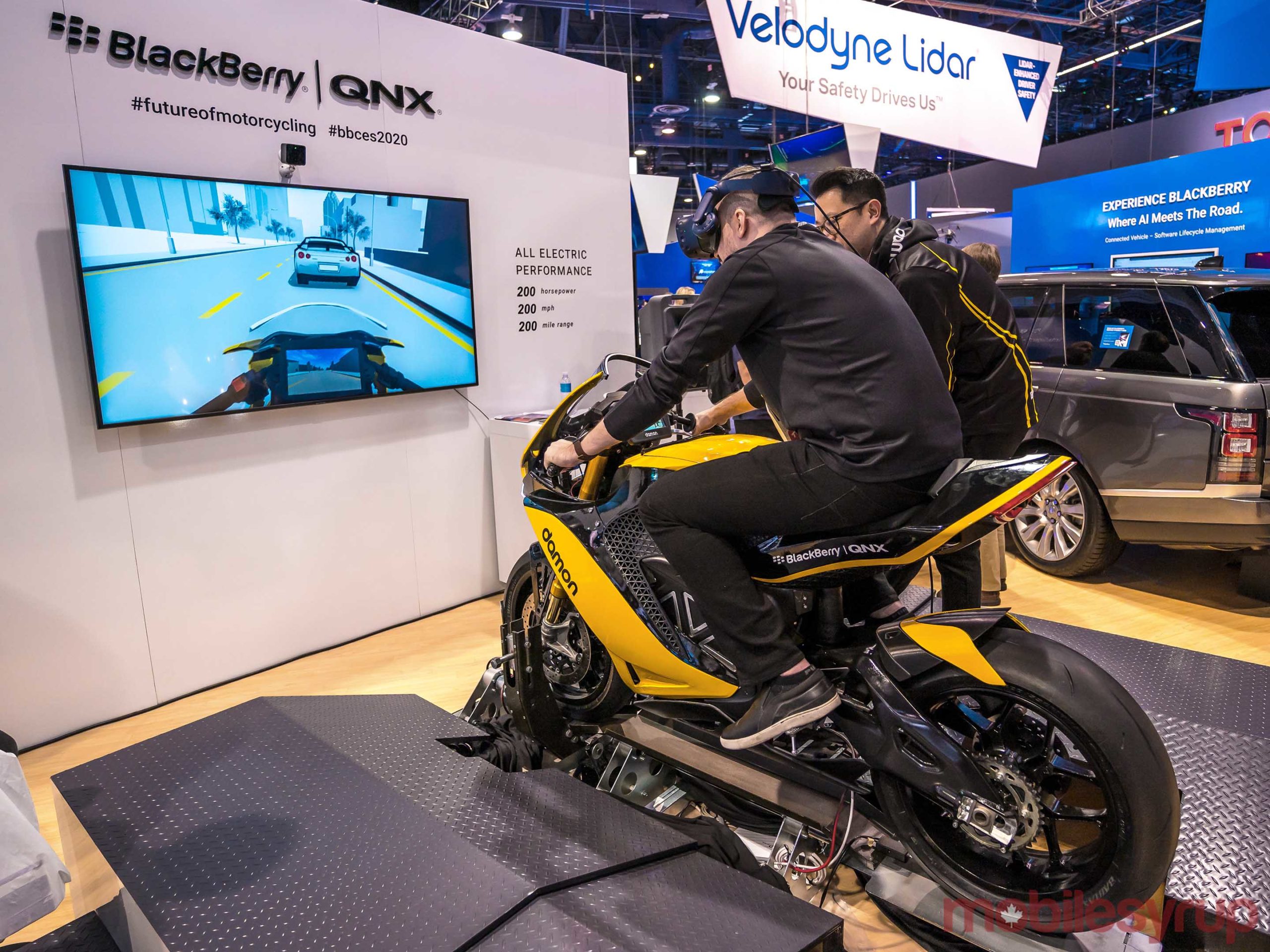 In this case, the car in front was also slowing down quickly, so by the time I turned my head to look at the passing car and then on to the one in front, the bike was already slowing down and stopping on its own. It also lowered itself when I came to a stop, raising itself again once I picked up a little speed. The experience was seamless, though it’s hard to fully assess when not riding on an actual road.

CoPilot is part of Damon’s own proprietary 360-degree warning system, which it claims will be “the safest, most advanced electric motorcycle in the market.” BlackBerry QNX’s platform is the foundational piece that drives it, and is a case of an all-Canadian collaboration trying to bring something different to consumers.

The demo was an automatic array of set pieces to simply show what it does, but in reality, the shifting and tilting would require pressing a button on the bike itself. The warning system would not, however. 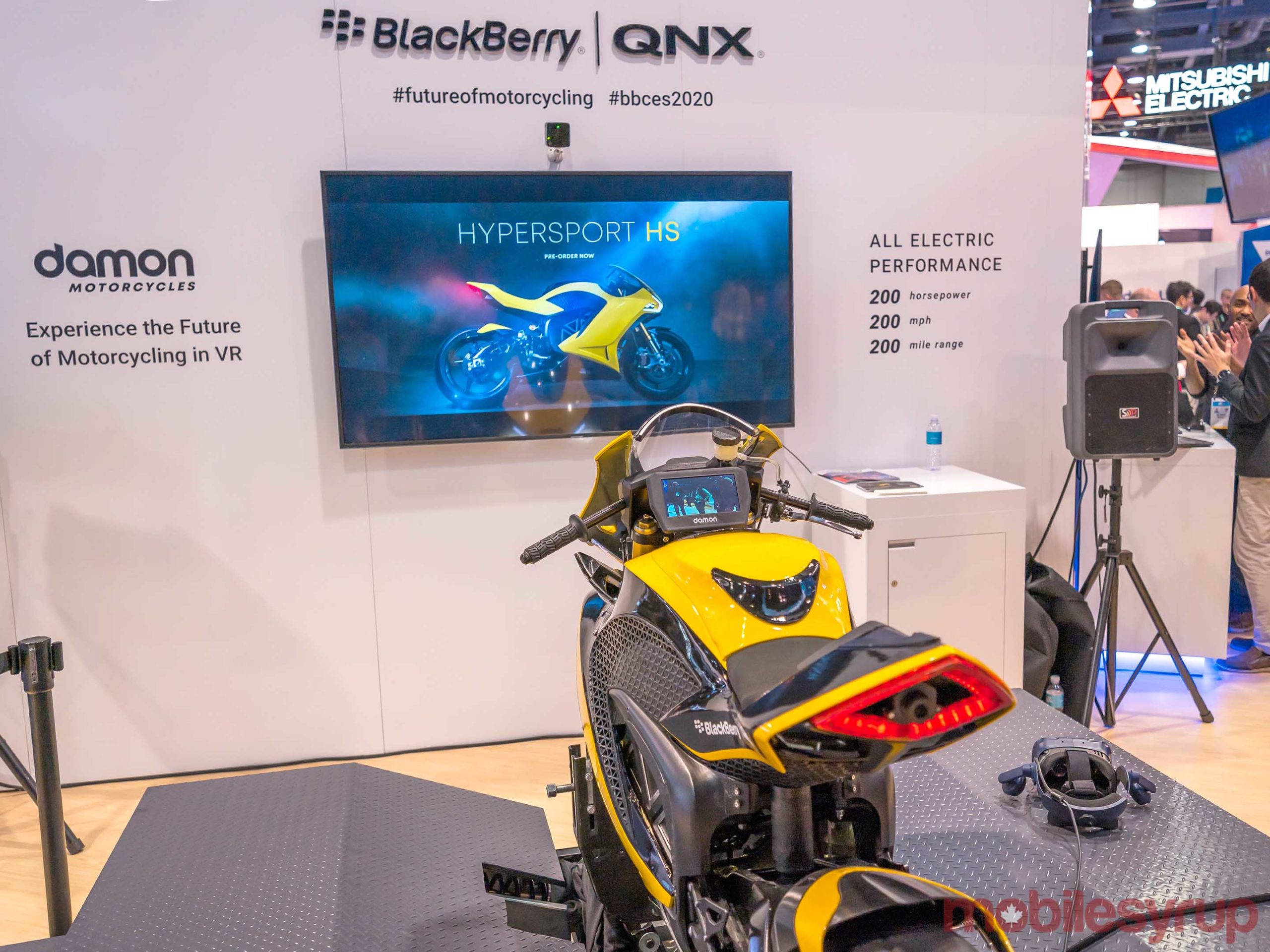 Damon is looking to sell the Hypersport for $24,995 USD (about $32,619 CAD) but they haven’t hit full production yet. There is a $100 deposit to reserve one, with the company expecting to make 1,500 of them per year at a manufacturing plant in the Vancouver area. There are plans to add another facility that could ramp up production to 10,000 per year should demand grow.

The Hypersport Pro has a range of 320km and can go from 0-90km/h in three seconds. It will also come in colour variants, though it’s not yet clear how many there will be.