While these aren’t the best headphones in this price range, their stylish look might be enough to sway some people 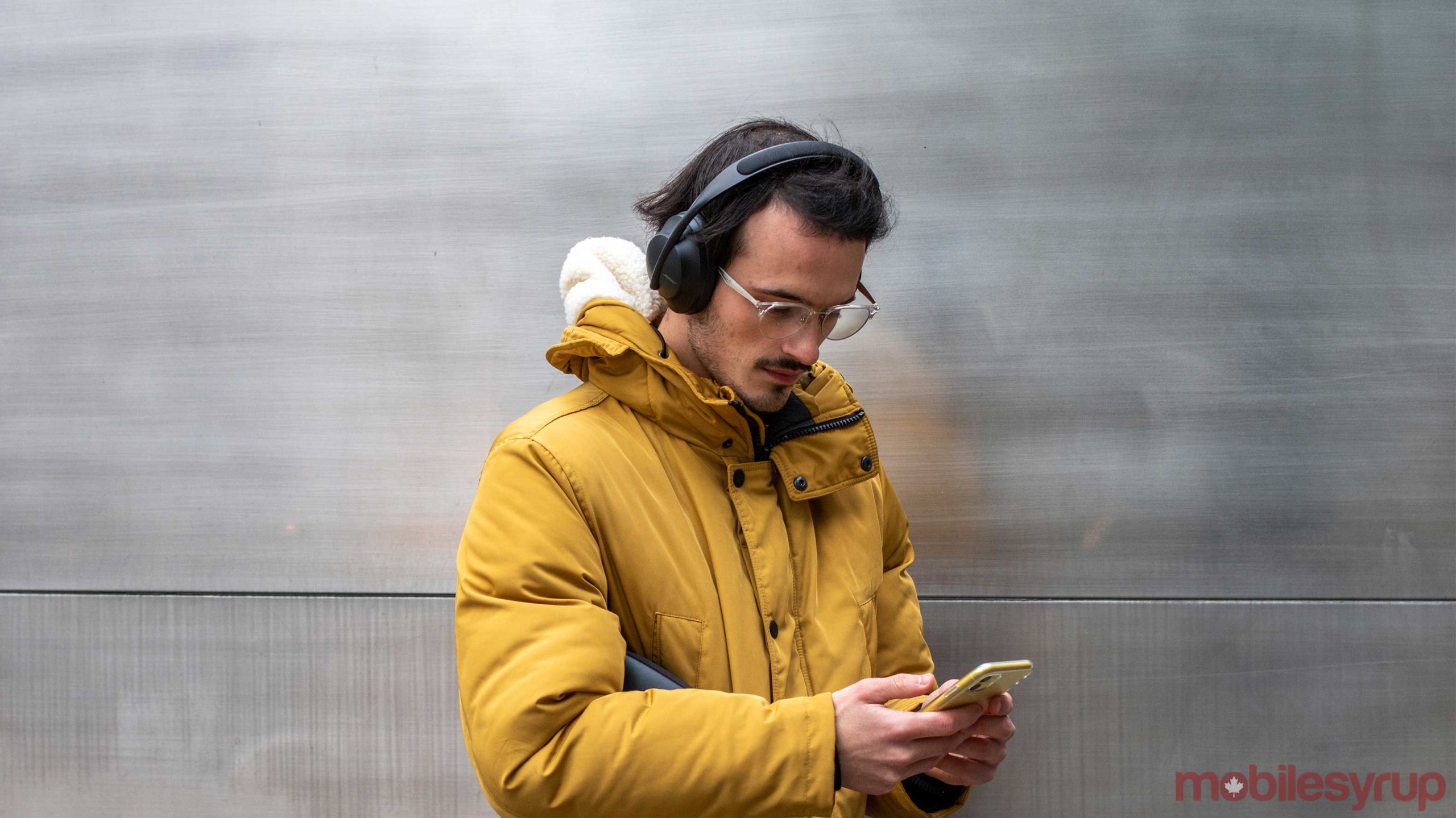 Bose built itself into a speaker and headphone kingpin in the 80s and 90s, but more recently, the company has been fighting to modernize its efforts in an industry full of smart speakers and headphones.

In the home audio realm, Sonos is giving it a run for its money, and in the high-end consumer headphone sphere, Sony has all but stolen the show with its terribly named WH-1000XM3 over-ear units.

All that aside, in 2019, Bose tried to retake its crown and, for the most part, succeeded.

The Noise Cancelling 700s, which I’ll refer to as the 700s for the remainder of this review, are a stunning pair of unique headphones that are packed with features. 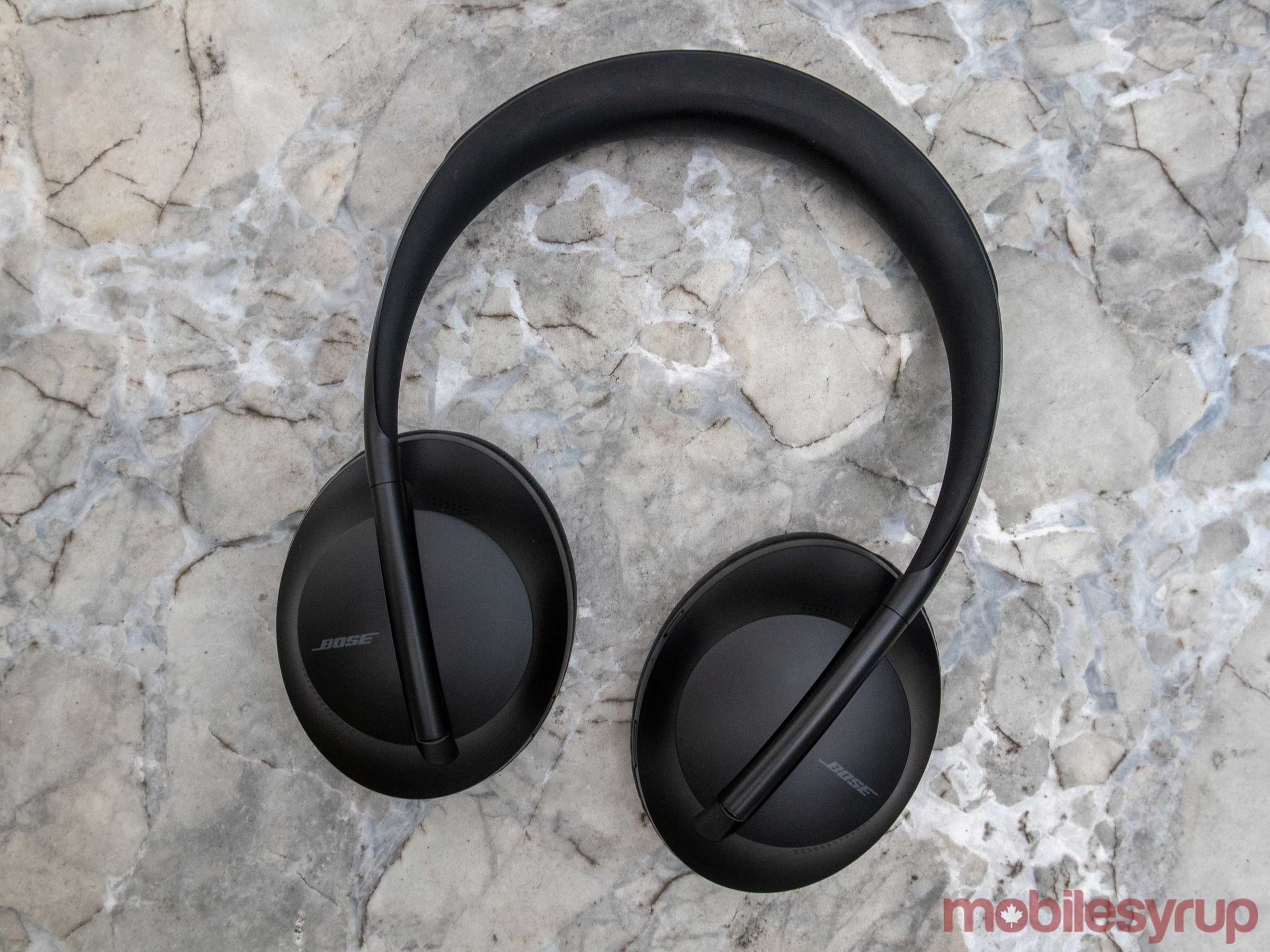 The headphone’s taper as they get to the ear cups, making the stainless steel headband look like one solid piece. Along the underside of the top of the band, there’s a cushion; although, you’d never know it until you place them on your head.

The headphones connect to the ear cups and can be adjusted to fit a variety of head sizes. I wore them at the medium adjustment, and I was even able to fit them over my toque with ease.

The 700s weigh in at 250g so they’re not incredibly heavy, but if you’re used to wearing earbuds, these will take some time getting used to. 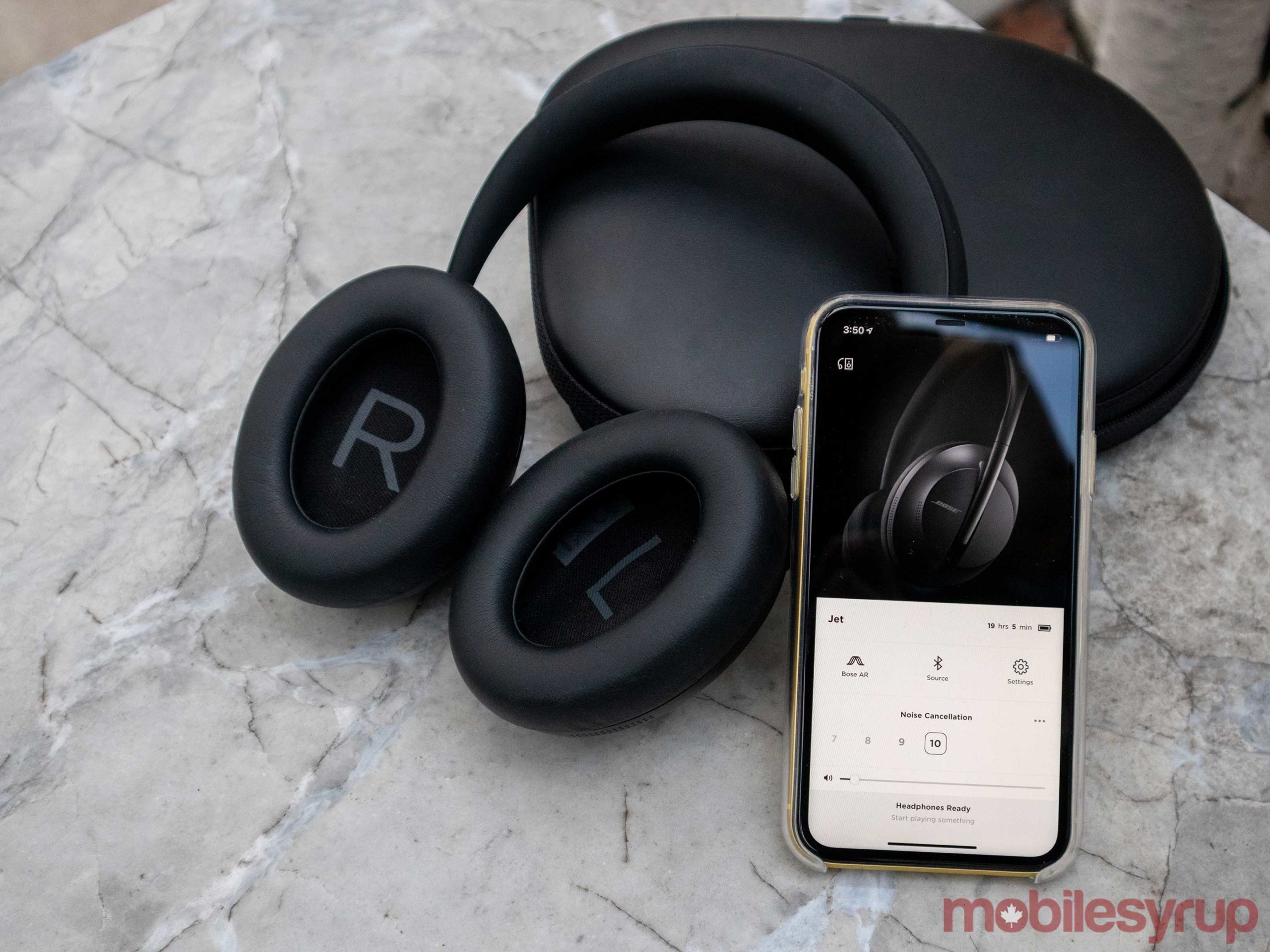 Luckily getting used to these headphones is easy since they sound fantastic and Bose packed them with useful features.

First off, the 700’s feature active noise cancelling. This means that the microphones on the device are capable of picking up some sounds and eliminating them before they reach your ears.

There are 10 levels of noise-cancelling, but you can only hot-swap between three presets with the dedicated button on the left earcup. The defaults are zero, five and 10, but you can change it in the Bose app. To set a more specific number, you need to connect to the Bose Music app.

That said, I was unable to connect to the app with various Android phones. With iOS, it worked well.

Once you’re into the app, it shows what device the headphones are connected to, what level of noise-cancelling you’re at, battery life and more. 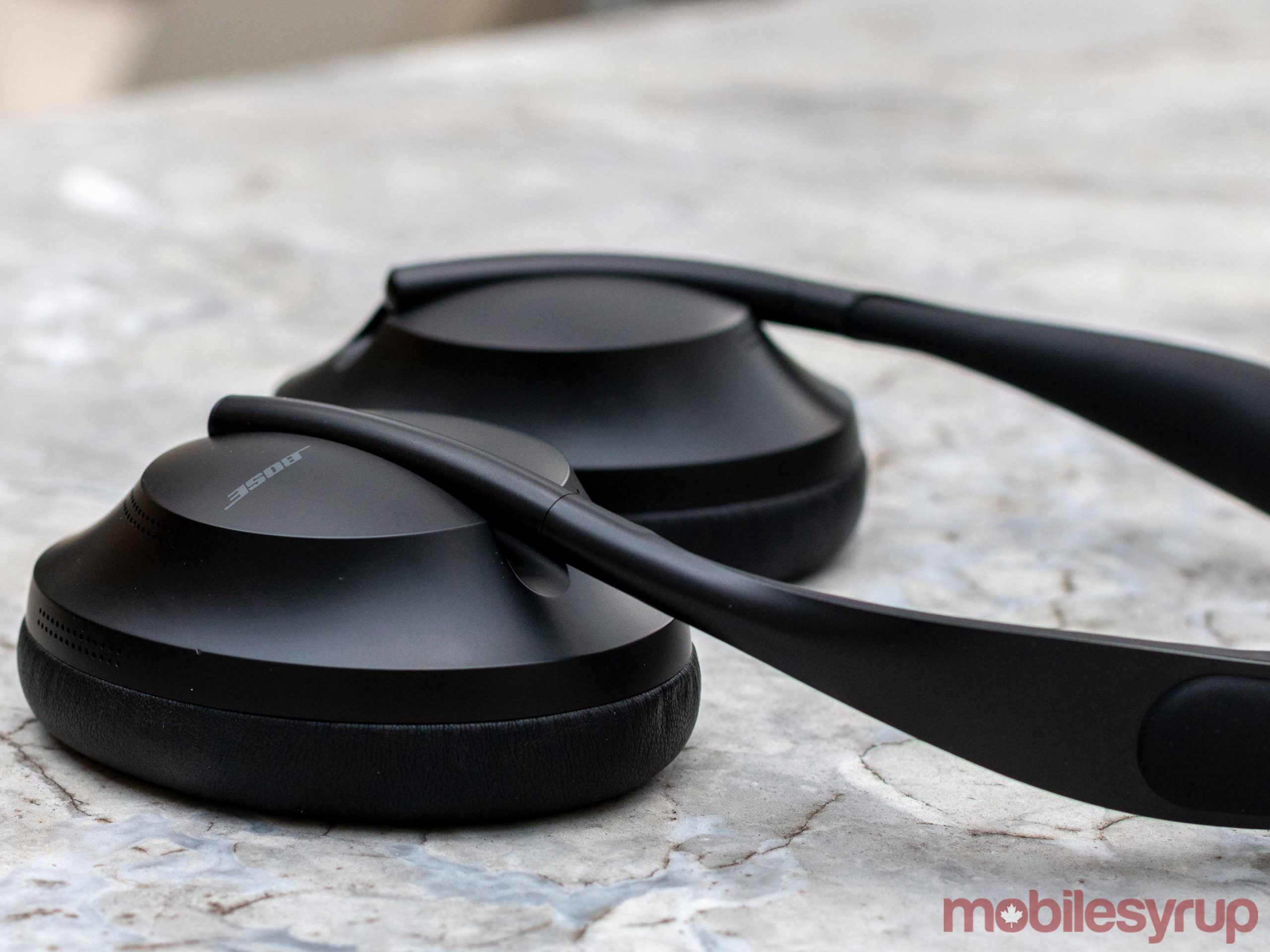 There’s also a section called ‘Bose AR’ that I found somewhat gimmicky. The idea is to allow you to interact with the world by using audio cues. This includes things like a navigation app that tells you about your surroundings.

Another AR app tells stories with sound design by tasking you with walking around to chase the sounds and finish the story. It’s an interesting experience the first time, but it’s not worth doing again.

While it could be cool to interact with podcasts or games like this, I still don’t think it’s something that’s going to catch on.

Finally, in the app you can change the name of the headphones, set up a voice assistant and enable/disable a wake word like “Ok Google,” or “Alexa.”

The right earcup features a touch-sensitive pad that allows you to change volume, skip tracks, answer calls and more. 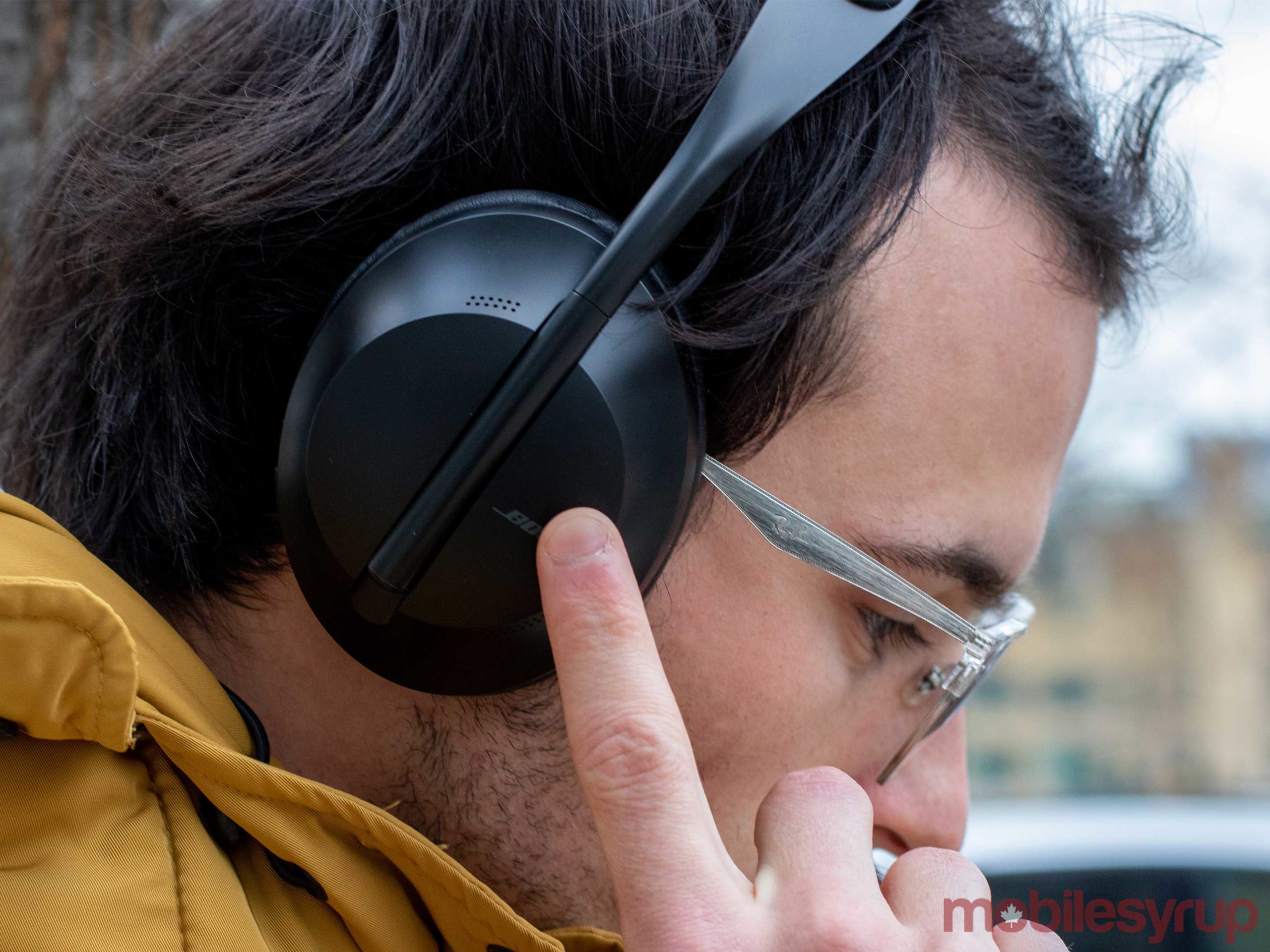 A swipe up or down changes the volume, a swipe forward or back skips tracks forwards or back and double-tap triggers play/pause and answers a call. Tapping and holding gives you battery life information,

Speaking of battery life, Bose says you can get up to 20 hours of battery life, and in my testing, this estimate has been accurate. I generally charge the headphones on the weekend and can get through a whole work week on one charge. This includes wearing them for an hour each day while I commute, and often at work for a few hours.

You can fully charge the 700s in two and a half hours, plus they can quickly charge in 15 minutes to provide you with an hour and a half of listening.

You can also hold the noise-cancelling shortcut button for a second to enter conversation mode so you can hear the world around you.

Another exciting feature allows you to connect your headphones to a bose Soundbar 500 or 700 so you can listen to your TV late at night without making any noise.

Listening in silence makes all the difference 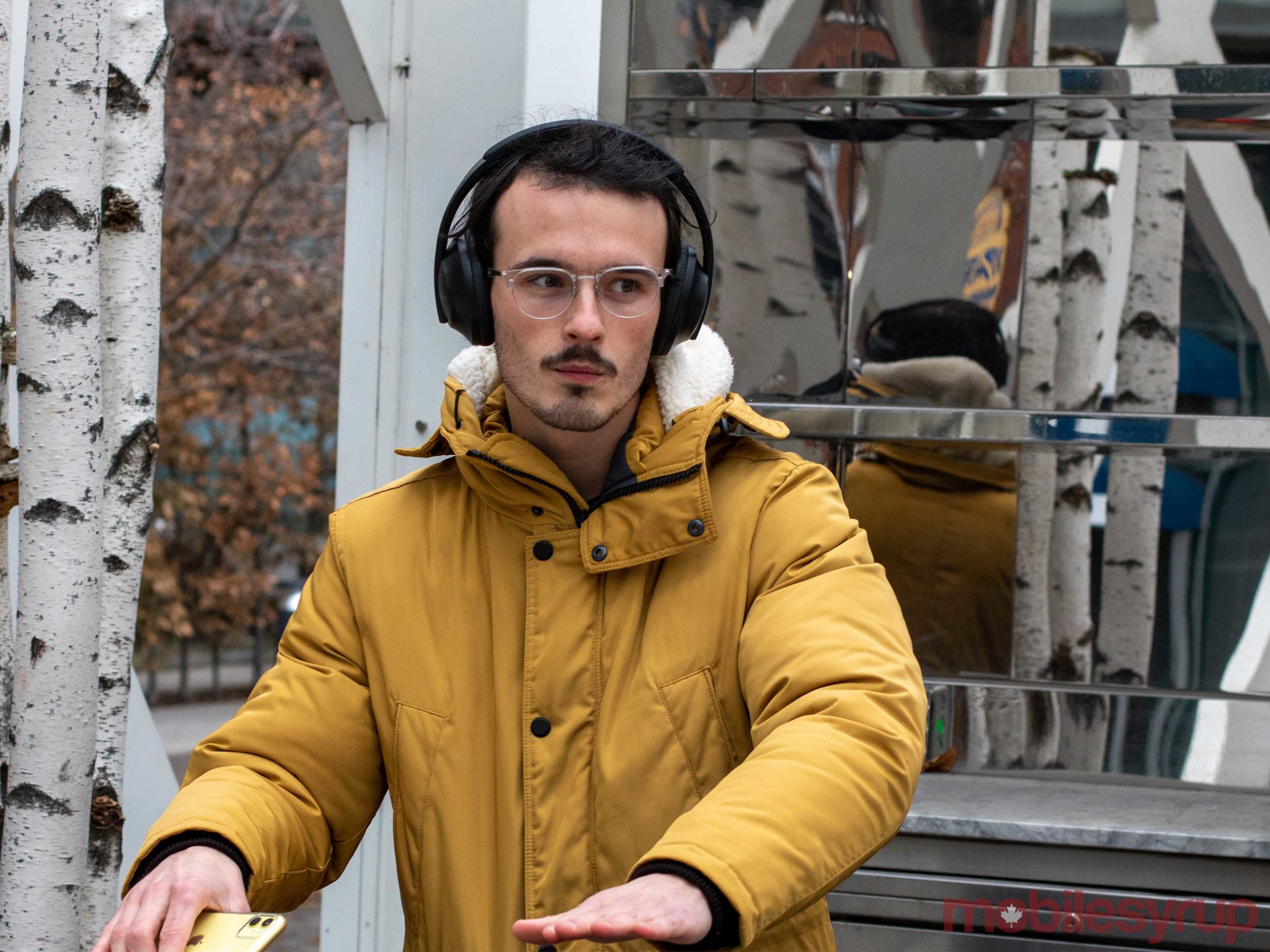 Bose doesn’t share the 700’s specs online, but to my ears, they sound fantastic. At all volumes other than 100 percent, the sound was detailed and rich, coming across in full waves instead of walls of sound.

Unlike regular over-ear headphones that blast music straight into your ear, the 700s feature a speaker near the front of the ear cup that points backwards at an angle. Therefore, if you’re wearing the headphones correctly, they’ll shoot sound into your ears instead of at them.

Bose’s website says that it uses the company’s signature active EQ so you can’t tune the headphones to your own taste, unfortunately.

Overall music sounded very controlled and detailed, plus the noise-cancellation aspect makes everything sound so much immediate and immersive, making it really hard to go back to cheaper pairs of earbuds like the BeatsX or the OnePlus Bullets. 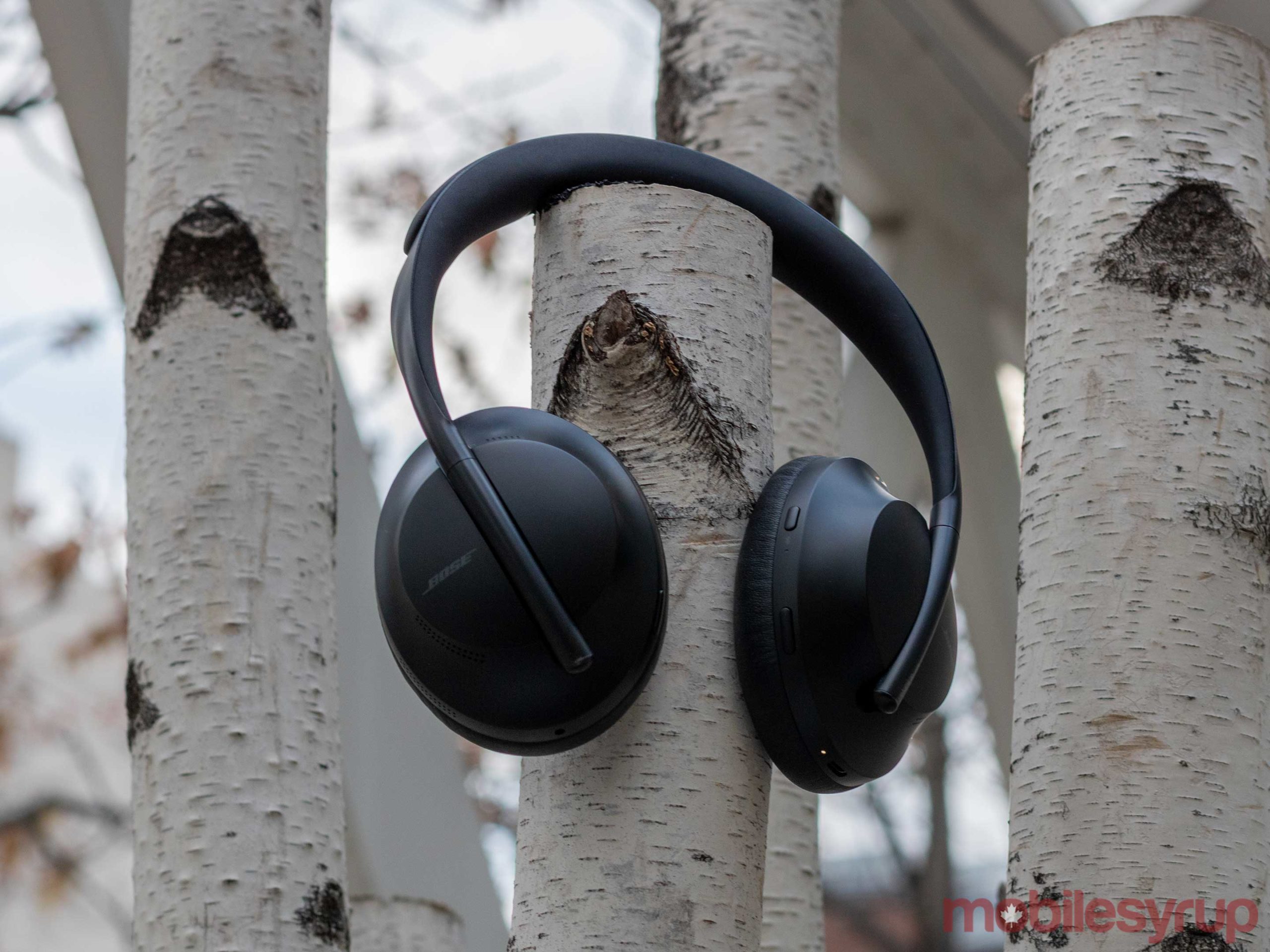 If you like the look, then these are perfect

Bose's high-end 700s are a powerful competitor in the noise-cancelling headphone space, and if you like the look of them, you can't go wrong.

They sound fantastic and the noise-cancelling tech works well, which makes me feel like I'm walking around in my own personal music video.

Combine that with the comfortable design and these add up to a really slick pair of over-ear headphones that are perfect for blocking out sounds in a noisy office or streetcar.

The battery life is also good enough. It's better than Microsoft's Surface headphones, but about ten hours less than Sony's WH1000XM3s. Still, 20 hours is easily long enough to get you through a few days.

While I wish they cost about $100 less in Canada since it's hard to justify the high $500 retail cost in Canada. This makes them a little more expensive than Sony's offerings, so you'll really have to like the design to pick these over those.

They're also a lot more expensive than noise-cancelling earbuds like AirPods Pro, so it's hard to recommend these to everyone. That said, I love them and for me, they're near perfect.

Bose Smart Noise Cancelling Headphones are priced at $500 in Canada.

"Bose's high-end 700s are a powerful competitor in the noise-cancelling headphone space, and if you like the look of them, you can't go wrong."