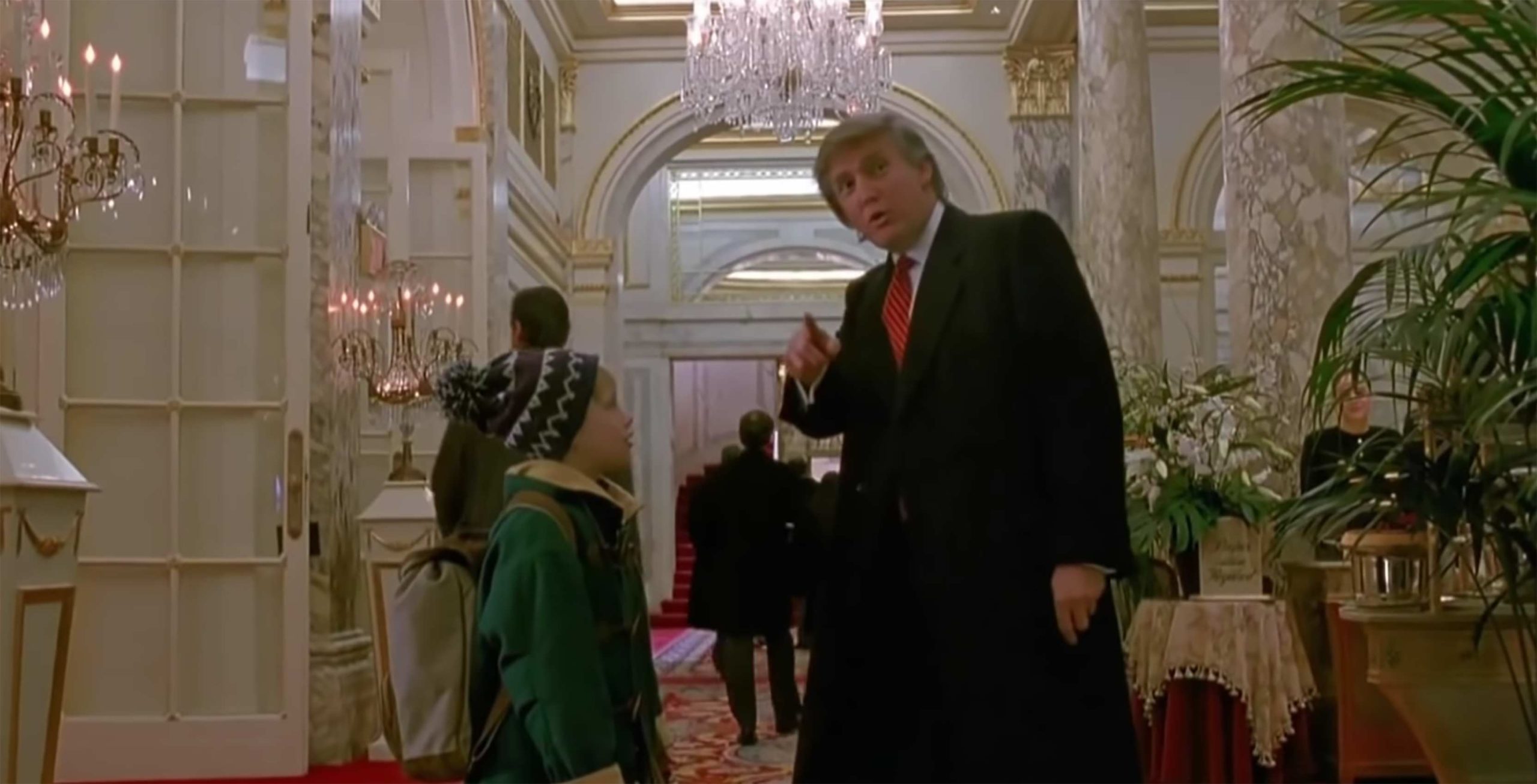 U.S. President Donald Trump has blamed Canadian Prime Minister Justin Trudeau for being the reason that the CBC removed his cameo from Home Alone 2: Lost in New York.

On Christmas Day, TV viewers began to notice that the CBC’s broadcasts of the 1992 comedy classic didn’t feature Trump at all.

Trump soon took to Twitter to suggest that his removal from the film was the result of Trudeau retaliating for “making him pay up on NATO or Trade [sic].”

In a subsequent tweet, Trump quipped that the movie “will never be the same.”

Others, including Fox News and Trump’s own son, Donald Trump, Jr., also suggested the CBC move was politically motivated.

The prime minister’s office declined to comment to CNN.

Meanwhile, the CBC says Trump’s cameo was edited out of Home Alone 2 in 2014, well before Trump’s June 2015 announcement that he would run for presidency. Trump was later elected in November 2016.

“As is often the case with feature films adapted for television, Home Alone 2 was edited for time,” CBC spokesperson Chuck Thompson said in a press statement. “The scene with Donald Trump was one of several that were cut from the movie as none of them were integral to the plot. These edits were done in 2014, when we first acquired the film and before Mr. Trump was elected president.”

See the cameo below: