Facebook is building a mini version of Instagram inside of itself just in case you wanted two image-centric algorithmic feeds to scroll through.

Discovered by TechCrunch, the new feed — dubbed ‘Popular Photos’ — began testing back in October. Since then, Facebook concluded the trial, but a spokesperson told TechCrunch that it plans to do updated tests in the future.

Popular Photos works similarly to Facebook’s ‘Related Videos‘ feature. It appears when users open a photo and allows them to keep scrolling through photos. Currently, if you open a photo from the News Feed in the Facebook app, swiping on it will close it. Popular Photos will allow you to scroll through an Instagram-like feed of pictures instead.

Further, Popular Photos only shows a limited amount of text in the captions — users will only see about 65 characters — and generally keeps the interface clean of everything save images. There are also ‘Like’ and ‘Comment’ buttons beneath each picture. The interface appears on a black background that emphasizes the images. 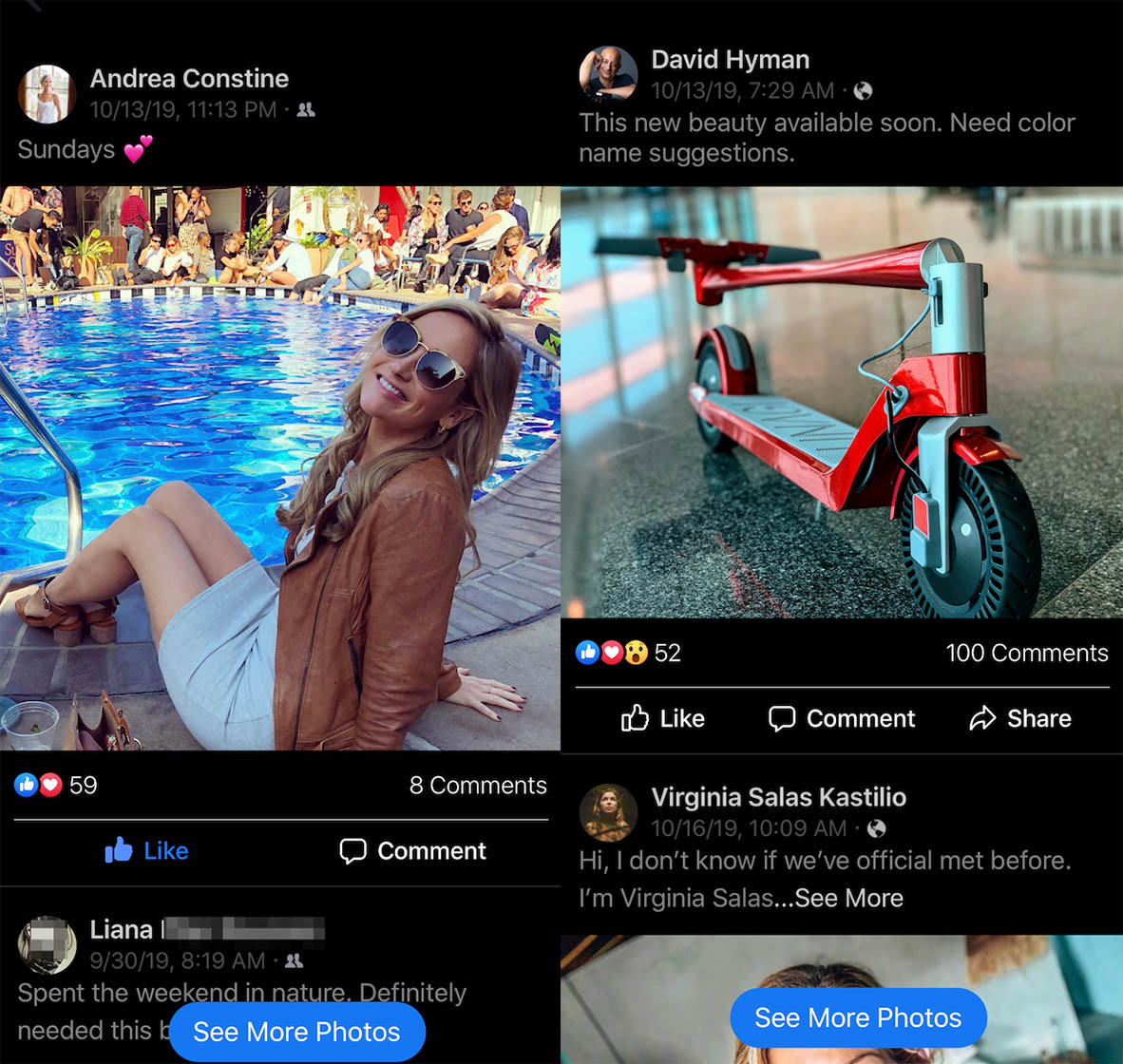 TechCrunch suggests Popular Photos will be a less exhausting way to browse Facebook. Users won’t have to deal with lengthy status messages, links and other content. Instead, it’ll just be photos.

Additionally, the company’s new Facebook branding has spread to Instagram, as well as WhatsApp, making it clear that both platforms are part of it.