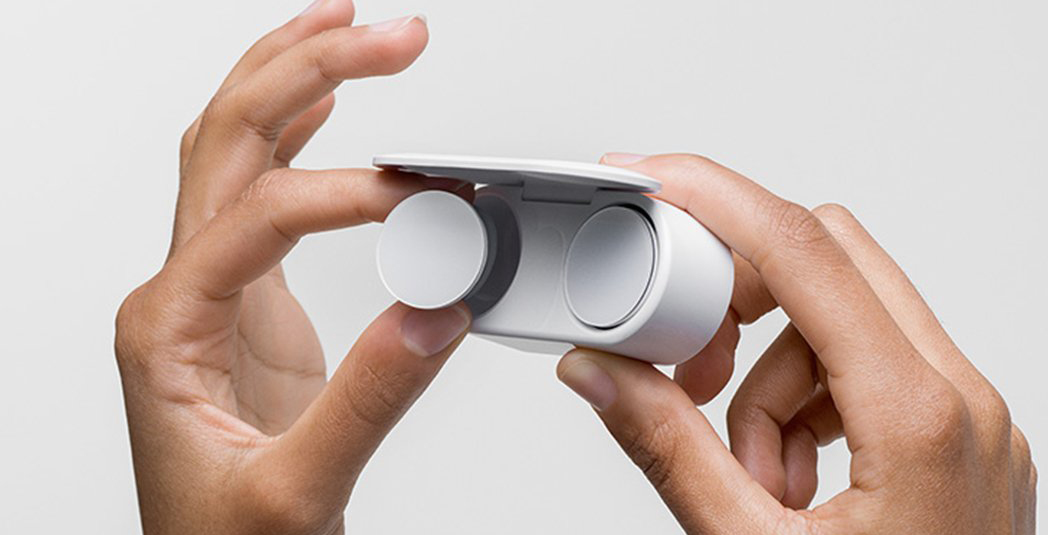 At Microsoft’s fall Surface hardware event, the company showed off a new set of wireless earbuds called the Surface Earbuds.

Since it’s a Microsoft event, the company revealed Office integration like being able to swipe through PowerPoint presentations and creating on-screen presentation captions in real-time and more.

The company’s press release even mentions that you can interact with your Outlook calendar and inbox with just your voice. That said, this feature is limited to the U.S. when the headphones launch.

On top of this, the Earbuds feature integration with Spotify, live translations, built-in microphones and a unique design.

The Spotify integration allows users to triple tap on one of the buds to instantly start playing music on the device the earbuds are connected to.

The design helps the headphones stand out compared to other wireless earbuds like the recently revealed Echo Buds from Amazon. Each earbud features a disc-like exterior that provides a flat surface for users to tap on and interact with. Microsoft also made a point of mentioning how comfortable the earbuds are.

Like other fully wireless earbuds, the new headphones also come with a charging case. Microsoft says that the case is capable of providing an extra 24-hours of charge.

The earbuds are slated to release this holiday season in the U.S. for $249 USD (roughly, $329 CAD). MobileSyrup has reached out to Microsoft Canada for Canadian pricing and availability.

Surface Earbuds Review: Comfort over everything

Surface Go 2, Earbuds and Headphones 2 are now available in Canada