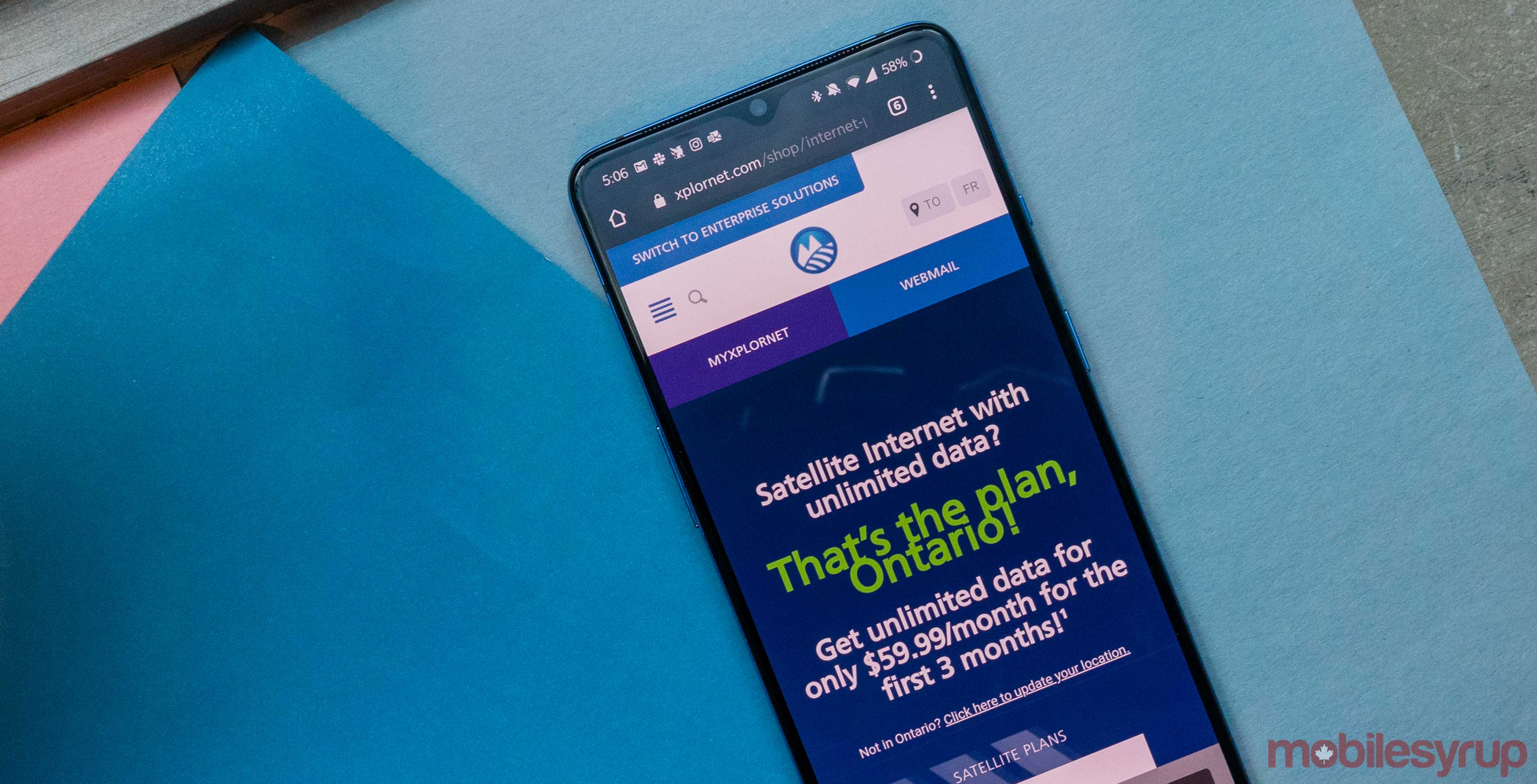 Xplornet is expanding its offerings with more affordable and unlimited data plans.

The rural-focused Canadian telecom offers both broadband and satellite internet options. It brought the unlimited option to its LTE plans in early April of this year, and now it’s doing the same with satellite.

The plans are as unlimited as you’d expect. They function in almost the same way as the big three carriers’ unlimited mobile plans. This means that once you go over your monthly data cap internet speeds are reduced, but you can surf as much as you’d like.

Xplornet calls this ‘DataXtend’ and it’s available to every province that the carrier offers satellite internet. Unlike Bell, Rogers and Telus, Xplornet’s satellite plans throttle between 1Mbps and two Mbps.

Three Satellite plans offer the DataXtend feature in Ontario. Currently, all of the plans cost $59.99 CAD for the first three months. The first plan usually costs $100 per month and offers users a 50GB data cap with download speeds of 10Mbps.

The step-up plan offers users 100GB of data with a 10Mbps download limit. This plan costs $119.99 per month after the three-month trial. The final plan typically costs $129.99 and has a 100 GB data limit and 25Mbps download speeds.

These plans may change depending on where the user is located.

This is a massive move for Xplornet and its customers. Generally, satellite internet has been limited to low data caps so this should help users from going over their limit.