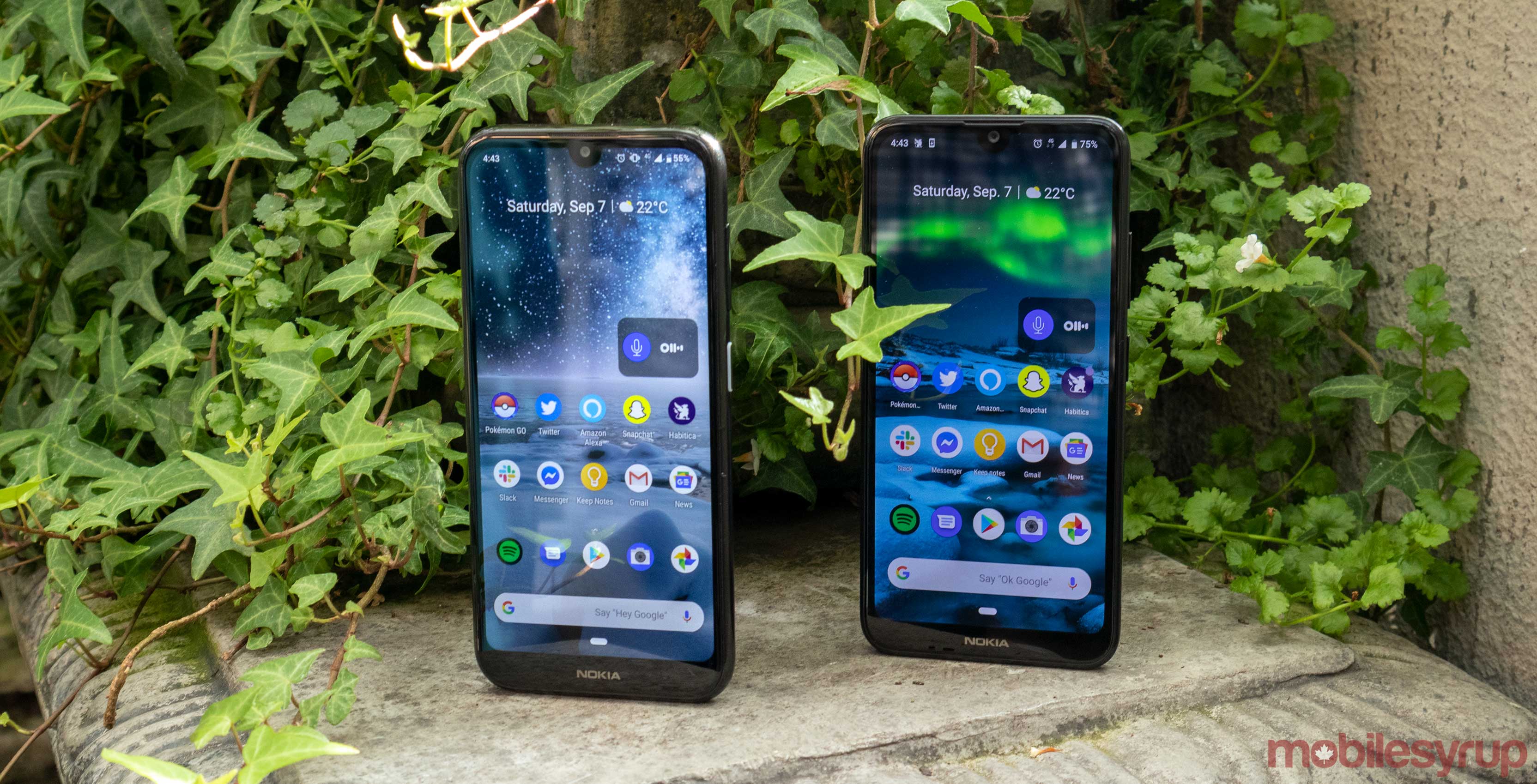 The Nokia brand’s renewed Canadian presence is dominating the ultra-low-end smartphone market, which is a stark departure from its heyday in the early 2000s. The latest two devices launched by the current owner of the brand, HMD Global, are the Nokia 2.2 and its sibling the 4.2, and they prove why Nokia is a name that refuses to fade into the shadows.

The two phones are similar in several ways, but the more expensive $300 CAD Nokia 4.2 has a few perks that make it worth the extra $70 compared to the 2.2.

If you’re looking for a great starter phone for a child or a device for someone who isn’t interested in flashy specs, check out these phones because the value they offer is outstanding.

Cut from the same cloth 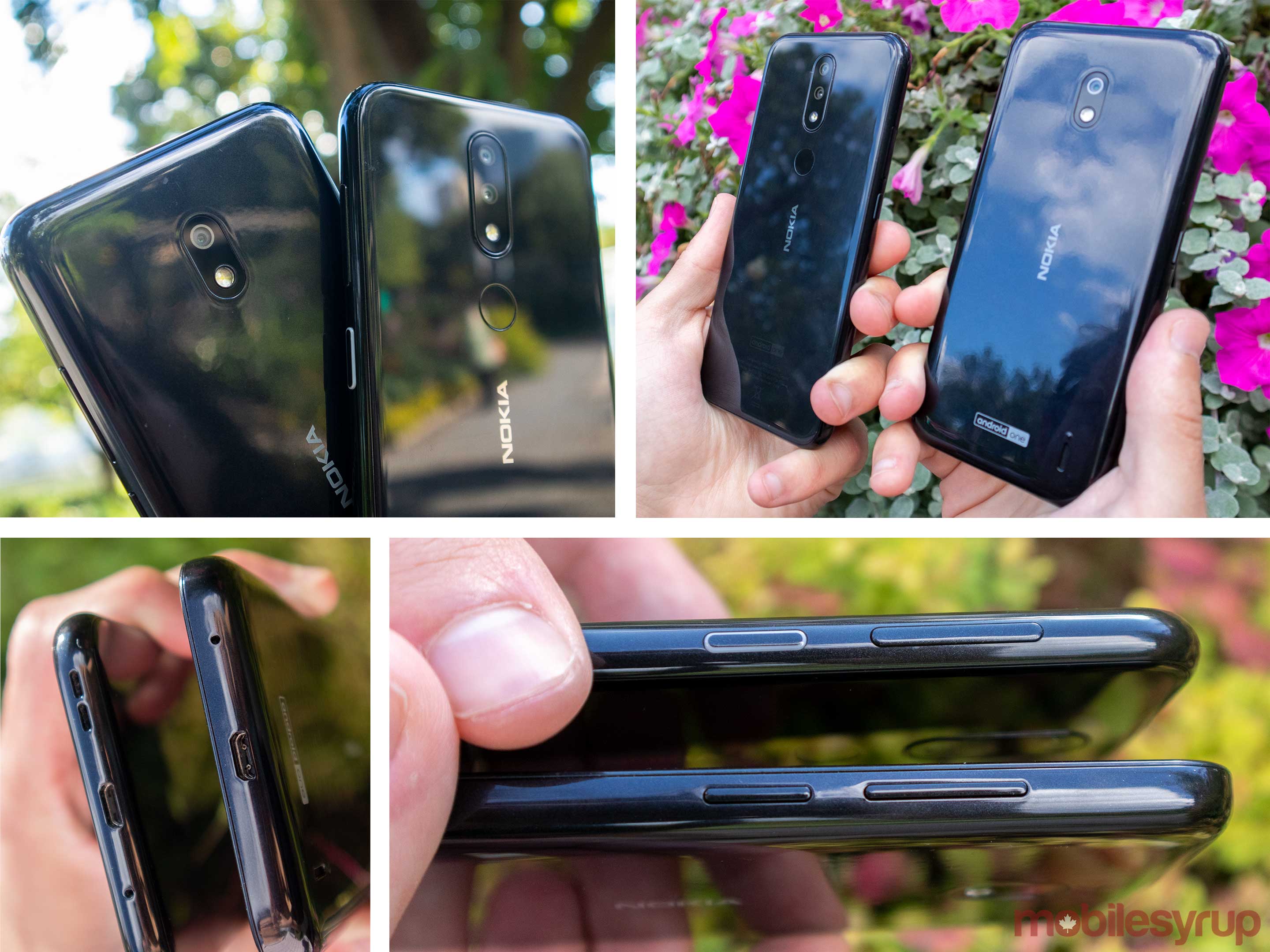 Both phones look very similar, but a few key differences make the 4.2 more expensive, and, in my opinion, a better buy.

The duo of devices run Android One, which is a near-stock version of the operating system (OS) that manufacturers can’t overlay a skin on top of. This means that this version of Android is clean and gets at least two years of software updates.

If you’re a stock Android purest, this OS is perfect.

It looks just like Android Pie on a Google Pixel and uses stock apps like Photos, Gmail, Calendar and Files. They even feature Google’s impressive Call Screening feature.

While HMD has yet to update the devices to Android 10, it says the two handsets should receive updates by the first quarter of 2020.

Additionally, the phones both have a 3000mAh battery

On average, I was getting a day’s worth of charge. I was even able to use the 4.2 from 6AM to midnight one day with heavy use. This is because of their big batteries, small 720p screens and mediocre processors.

From the front, they both look the same, with a full-screen display and a tiny notch for a single camera.

The pair of handsets also feature a button on their left edge that triggers Google Assistant. I was a big fan of this functionality as it made me interact with the digital helper more than I typically would.

It’s worth noting that both speakers offered similar sound quality, which is to say they were usable in a quiet space, but not mind-blowing or incredibly detailed. Overall, they had a tinny and hollow sound that was usable, but not ideal

The devices are also both sported 3.5mm headphone jacks. 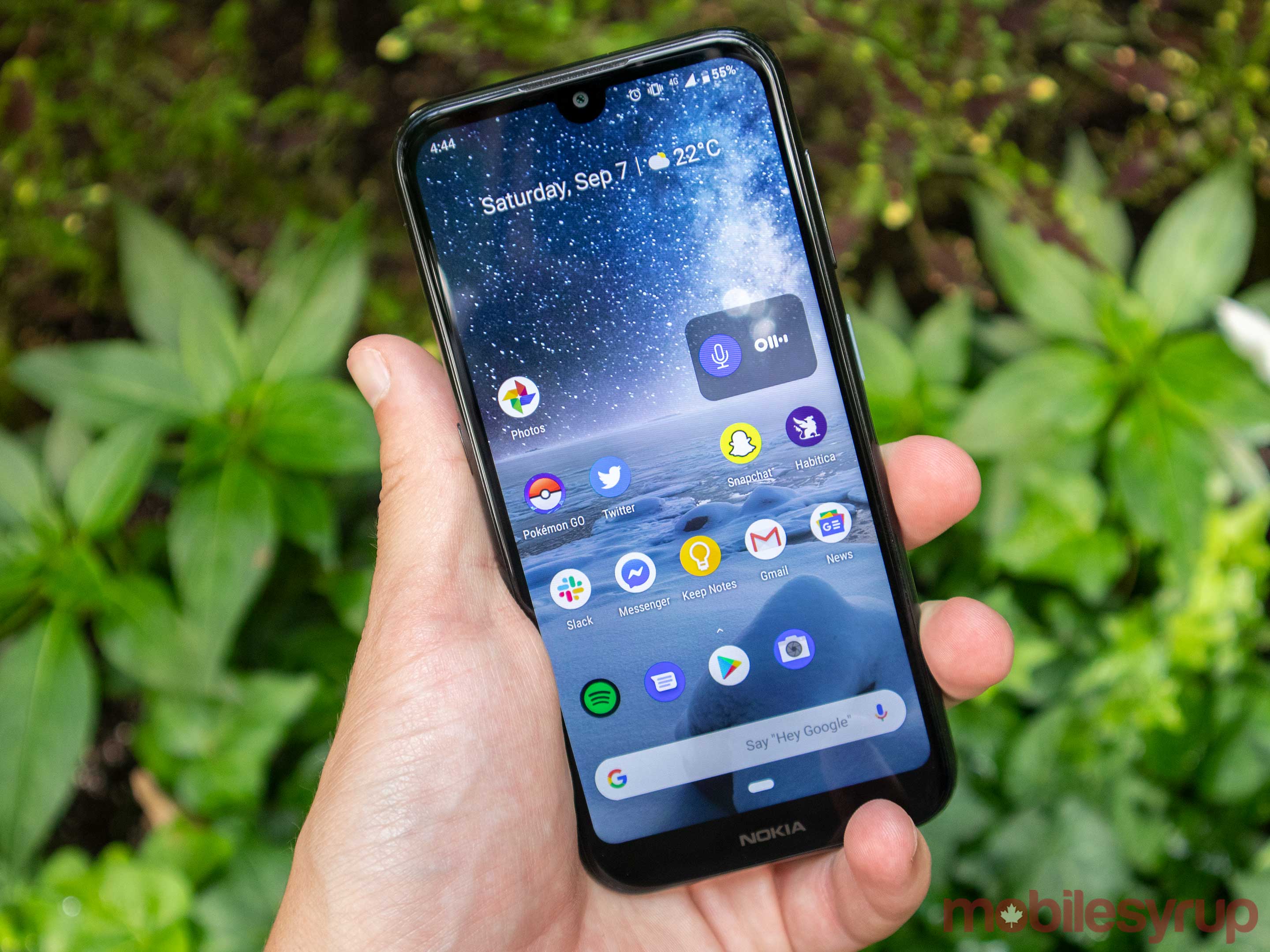 First off the Nokia 4.2, the higher-end variant, feels a lot better to hold compared to the 2.2. It’s built with rounded edges and although it’s plastic, it feels reminiscent of the iPhone X’s shape which is high praise for a $300 phone.

In the notch there’s an 8-megapixel selfie camera and on the back, there are two lenses, a 13-megapixel shooter and an accompanying 2-megapixel camera.

This lets the 4.2 take slightly better pictures than the 2.2, but by no means is it a game-changer. At the end of the day, it’s still not competing with even other mid-tier phones like the Huawei P30 Lite.

It’s also got a fingerprint scanner on the back which I was a big fan of. This isn’t at huge selling feature, but it was nice to have and worked well.

The 4.2’s power button also doubles as a notification light. It only lights up as white, but it’s a cool addition that gave the device a bit of personality, and since it doesn’t have an always-on Ambient display, I found myself looking at it a lot.

All of these things are much smaller improvements over the 2.2, but the real reason to get the 4.2 instead of its lower-priced sibling is its Snapdragon 439 processor. This is an octa-core processor that makes using the phone smooth and totally usable. I even played Hampsterdam on the phone for a brief period of time. The game wasn’t quite playable on the 2.2 because of long load times and significant lag. Even opening apps and scrolling through the phone’s OS was much snappier on the 4.2.

The cheapest phone worth buying, if you know what you’re getting into 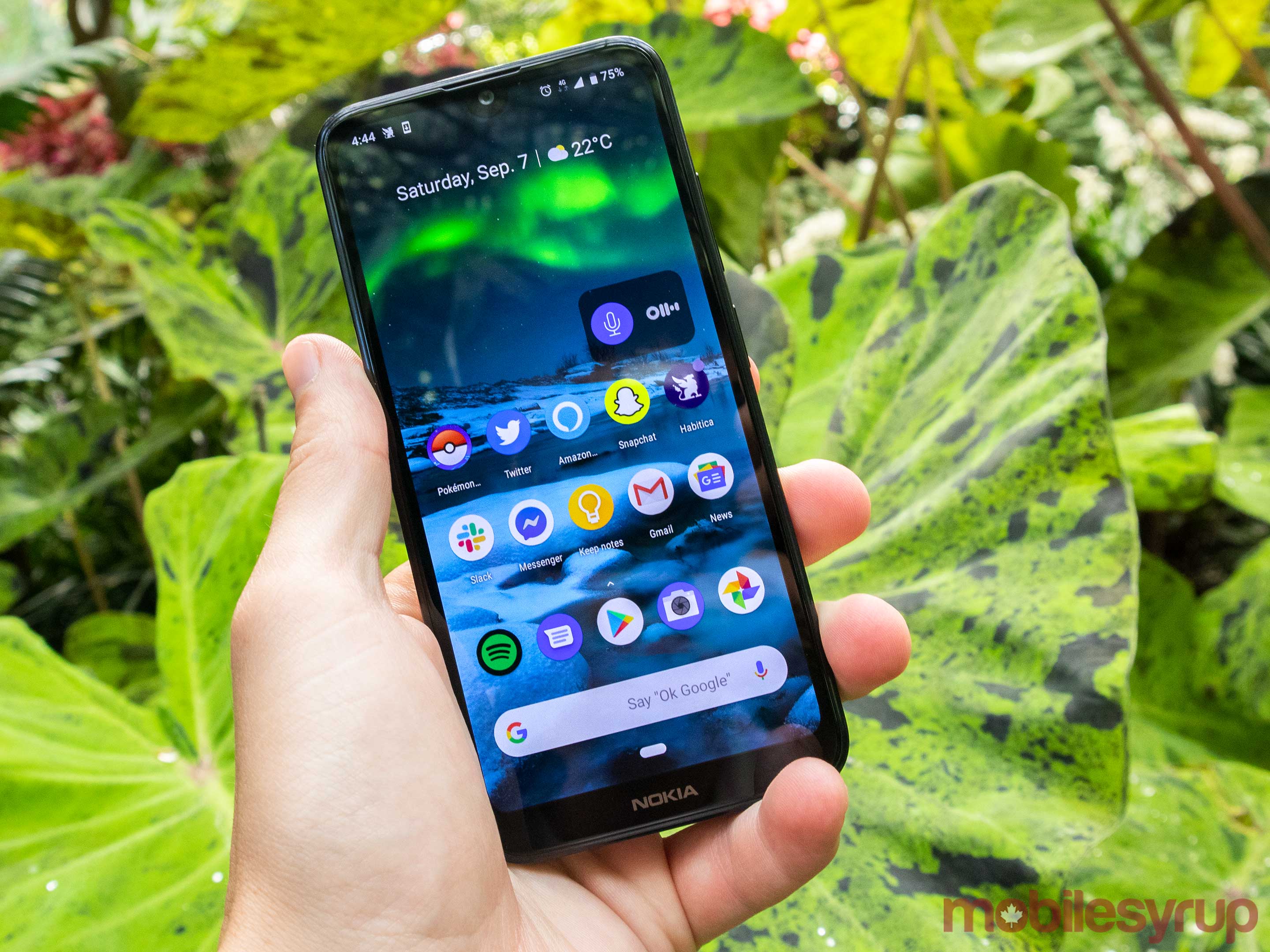 The Nokia 2.2’s design is a bit different than the 4.2 since users can remove the rear of the device to reveal a SIM card, a MicroSD slot and a removable battery.

This means that it doesn’t sit as nicely in my hand and it feels a bit cheaper — though it is, so it’s hard to hold this against it.

Beyond this, the device’s front camera is only 5-megapixels and its single rear shooter is 13-megapixels. One thing that I noticed when taking pictures with the two phones is the 2.2 featured a wider crop than the 4.2 and its photos had a bit more of a bluish tint.

It still took okay photos, but it’s worth noting. It also lacks the ‘Pro’ camera mode from the 4.2, but in all honesty, this just makes it easier to use since the Pro mode doesn’t seem to help the 4.2 take better photos.

Both phones also take quite a bit of time to snap photos, so it’s nearly impossible to take pictures of moving subjects.

One thing that I did like about the 2.2 was its screen. While on paper both phones’ displays have the same specs, to my eyes, the 2.2’s seemed less washed out and more vibrant. 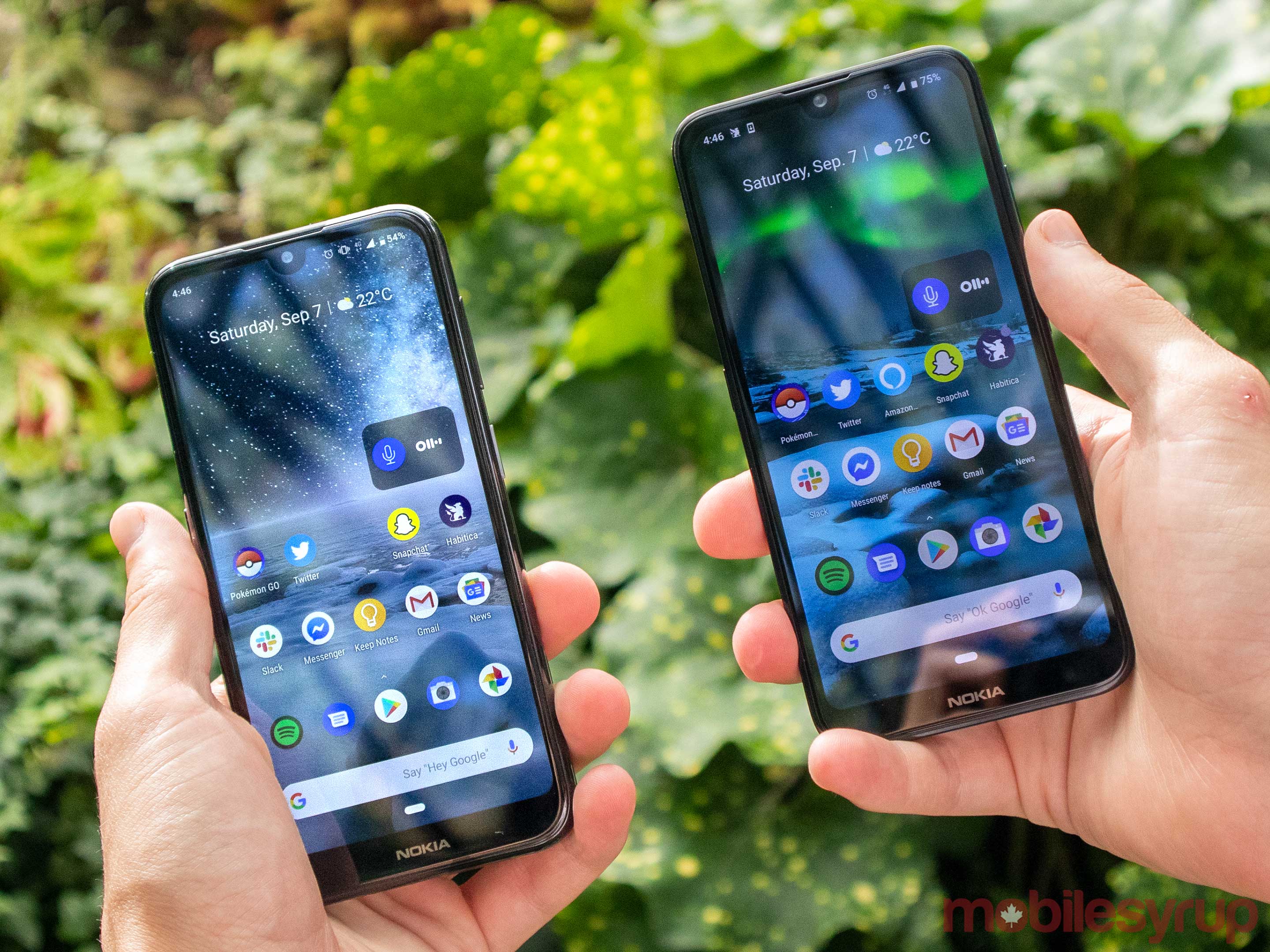 Not the best phones out there, but maybe the best value

Overall, these aren’t the first phones I’d recommend to most people, but if you’re looking for a device that gets the job done at a really low price, these two devices are a great option.

I found myself able to do everything with both smartphones that I can with a flagship device like the Pixel 3 or the OnePlus 7 Pro, just a bit slower.

That means I was streaming music, browsing social media or the web, watching YouTube and answering emails with ease. The 4.2 handles all of these tasks like a champion, while the 2.2 takes more time to do them. Still, both phones are entirely passable. If you’re a heavy phone user, maybe the 4.2 is more your speed.

Once again, if you’re looking for a low-cost handset that can do everything a flagship can, these are likely your best bet. Although, don’t expect to be taking amazing pictures.

“The 4.2 handles all of these tasks like a champion, while the 2.2 takes more time to do them, still both phones are entirely usable.”