Google’s YouTube Music is the latest streaming platform to add a playlist for recently released music.

Dubbed ‘Released,’ the new playlist features “the 50 hottest songs” of the week. YouTube Music will push out a fresh Released playlist every Friday.

The first edition coincides with the release of Taylor Swift’s latest album, Lover. Unsurprisingly, she graces the cover art of Released this week.

Some users see Released show up in the ‘Home’ feed in a large card under the header “This week’s new tracks.” I didn’t see it this way, but you can find the playlist at this link. 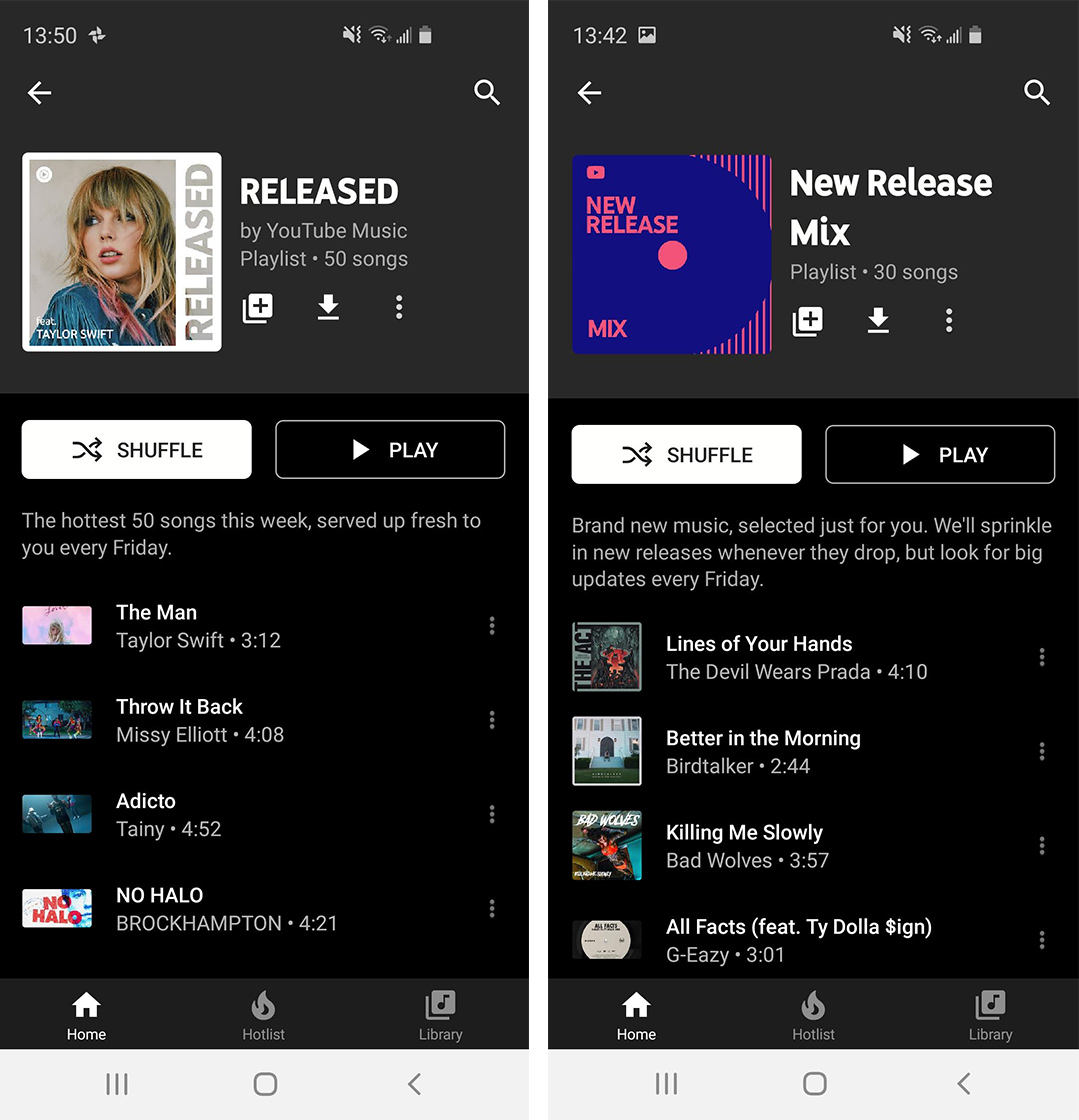 YouTube offers another new release playlist called ‘New Release Mix.’ The significant difference between the two is that the New Release Mix is personalized.

Some users noted that Released replaced another playlist offered by YouTube Music called ‘100% Fresh.’ Both playlists include new music and refresh on Fridays. Since there hasn’t been much chatter about the replacement, it’s possible 100% Fresh was a limited test.