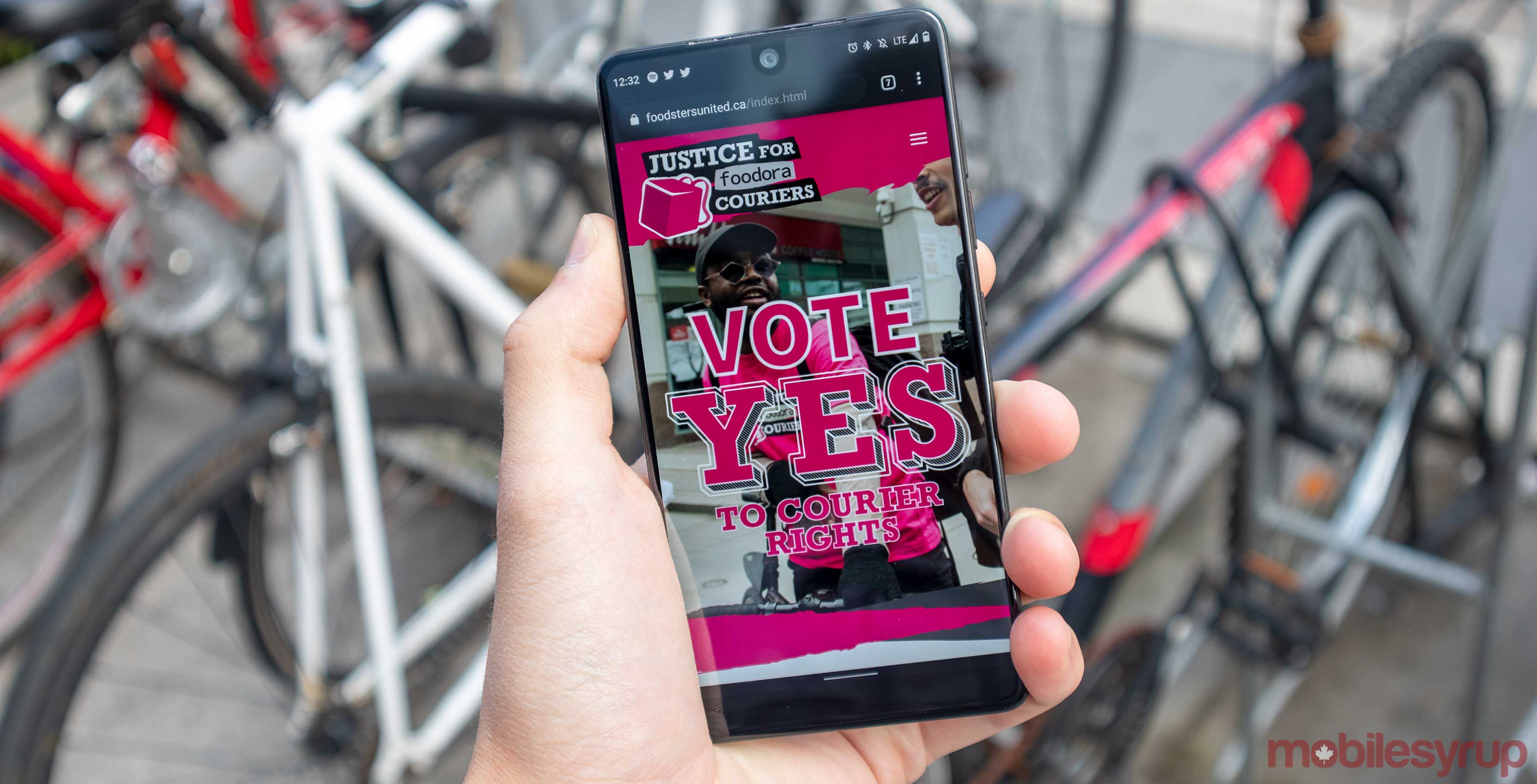 Foodora operates in seven Canadian cities but couriers in Toronto could very well be the first unionized app-based business in the country.

Foodora is an on-demand food delivery service that connects customers with restaurants.

In a filing last week by the Canadian Union of Postal Workers with the Ontario Labour Relations Board, the couriers are pushing for a union certification on Friday, August 9th.

Restaurants pay Foodora up to about 30 percent of the total order. However, Foodora couriers are currently paid $4.50 per order plus $1 per kilometre travelled, plus tips.

Couriers aim to negotiate ‘a better compensation model, health and safety protections, and recognition of some of their basic rights as workers — rights that are currently not recognized by Foodora, who misclassifies them as independent contractors.’

“We will not stand for this type of intimidation from the employer — we will not back down,” says Jan Simpson, CUPW National President. “Foodora couriers deserve to be treated with respect and we will negotiate better working conditions for them. Gig economy workers have been too vulnerable for too long. Their exploitation ends now.”

“Foodora is our boss when it comes to scheduling, work rules, pay and other conditions, but they aren’t taking on the responsibilities that come with that,” says Ivan Ostos, a Foodora bike courier. “It’s only now that we’ve organized that they’ve taken any interest in us. We won’t fall for it. We have worked hard to create this union and we won’t be threatened out of it.”

Apparently, Foodora is sending Toronto-based couriers anti-union messages stating a ‘yes’ vote “could cost you up to $1,100 in union fees.”

Foodora spokeswoman Sadie Weinstein stated, “We greatly value our relationship with our couriers and the work they do as independent contractors. Foodora recognizes that the decision on whether or not to unionize is an important one for our couriers, and we’ll continue to exercise our right to free speech to ensure that our couriers can make a fully informed choice.”

Voting will be by telephone and online from noon on Friday, August 9th to noon on Tuesday, August 13th.

foodora partners with LCBO to deliver alcohol in Ottawa

Foodora partners with LCBO to deliver alcohol in Toronto

foodora now available in Ottawa with over 50 restaurants supported