Samsung could be planning a pink, purple and blue version of the Note 10 [Update]

Someone at Samsung is a fan of cream soda 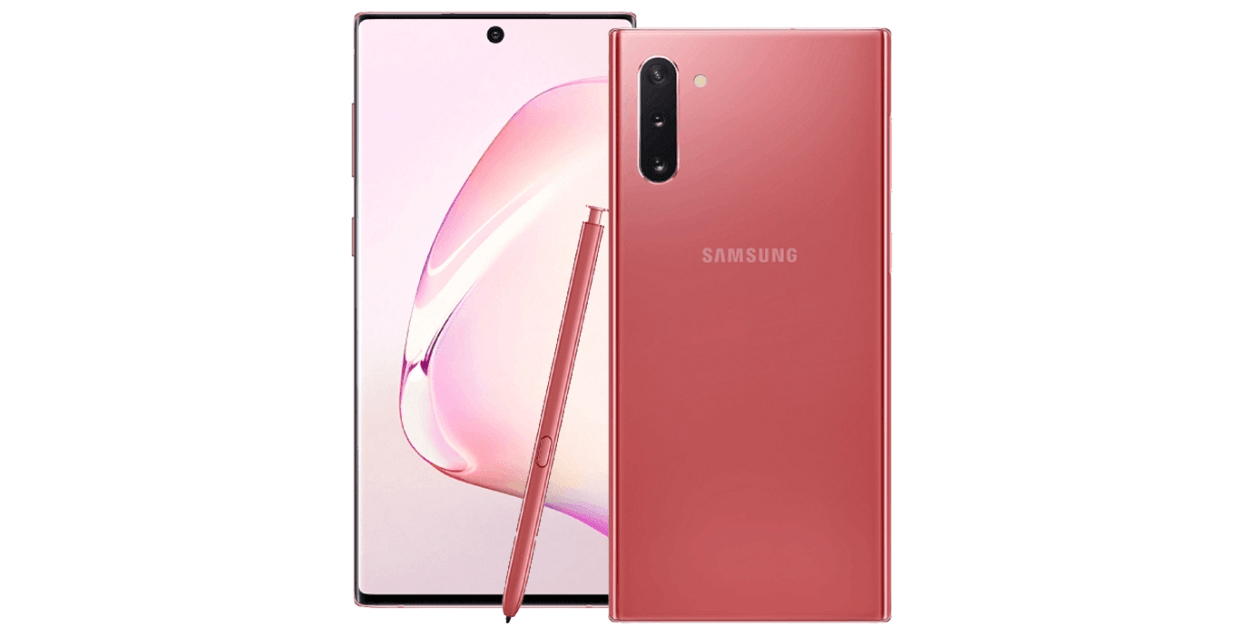 It looks like the Galaxy Note 10 could get a new pink colour variant if recent leaks regarding the upcoming smartphone are accurate.

As always, it’s unlikely all Note 10 colours will make their way to Canada. Further, some of these hues are likely exclusive to Samsung Experience Stores. There’s also a possibility that Samsung will save specific colours for the rumoured Note 10+.

Last year’s Note 9 was only available in ‘Ocean Blue’ and ‘Midnight Black’ in Canada, with the U.S. getting a ‘Lavender Purple’ colour.

Samsung Galaxy Note 10 in Rose / Pink / Red whatever you wanna call it: https://t.co/QKEj13UXzk

Samsung is set to officially reveal the Galaxy Note 10 on August 7th at an event in New York City.

As is typically the case with Samsung flagship smartphone launches, leaks regarding the Note 10 and Note 10+ have appeared at a furious pace over the last few weeks.

Other leaked specs include no 3.5mm headphone jack and a front-facing camera that sits at the top-centre of the smartphone’s display. Further, the Note 10+ is rumoured to feature an additional rear time-of-flight sensor on the rear.

On a side note, if Samsung doesn’t refer to this shade of pink as ‘flamingo,’ I will be very upset.

Update 07/29/2019 2:48pm ET: Images of the green version of the Note 10 have appeared courtesy of Slashleaks user ‘Xiaomishka.’ It’s worth noting that the Xiaomishka only has an accuracy rating of 48 percent on the leak sharing site. As a result, it’s possible this image might not be accurate. 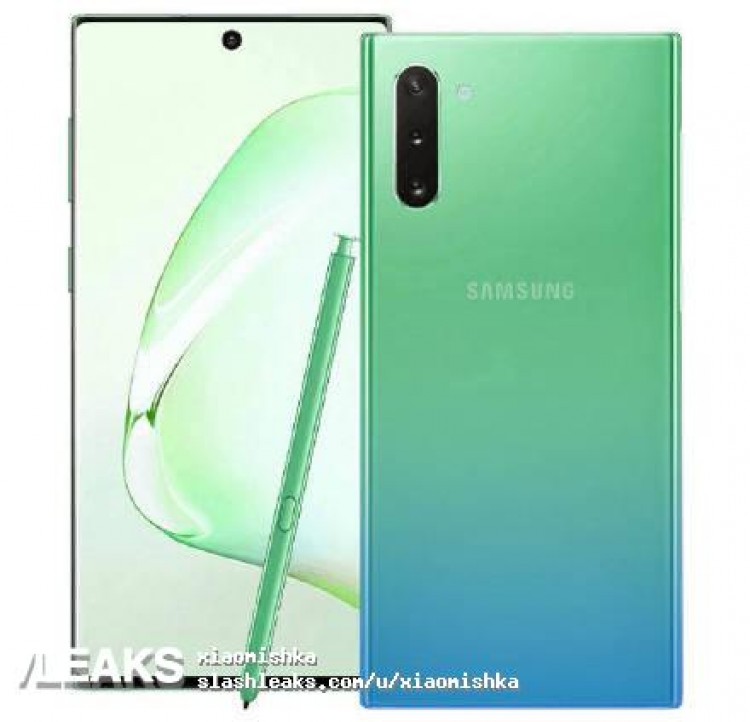 Update — July 31: New images of the Note 10 have surfaced, now in Aura White.

Update – August 7: A new image of the Note 10 in Blue has been revealed hours before the official launch. This could be a Best Buy exclusive.