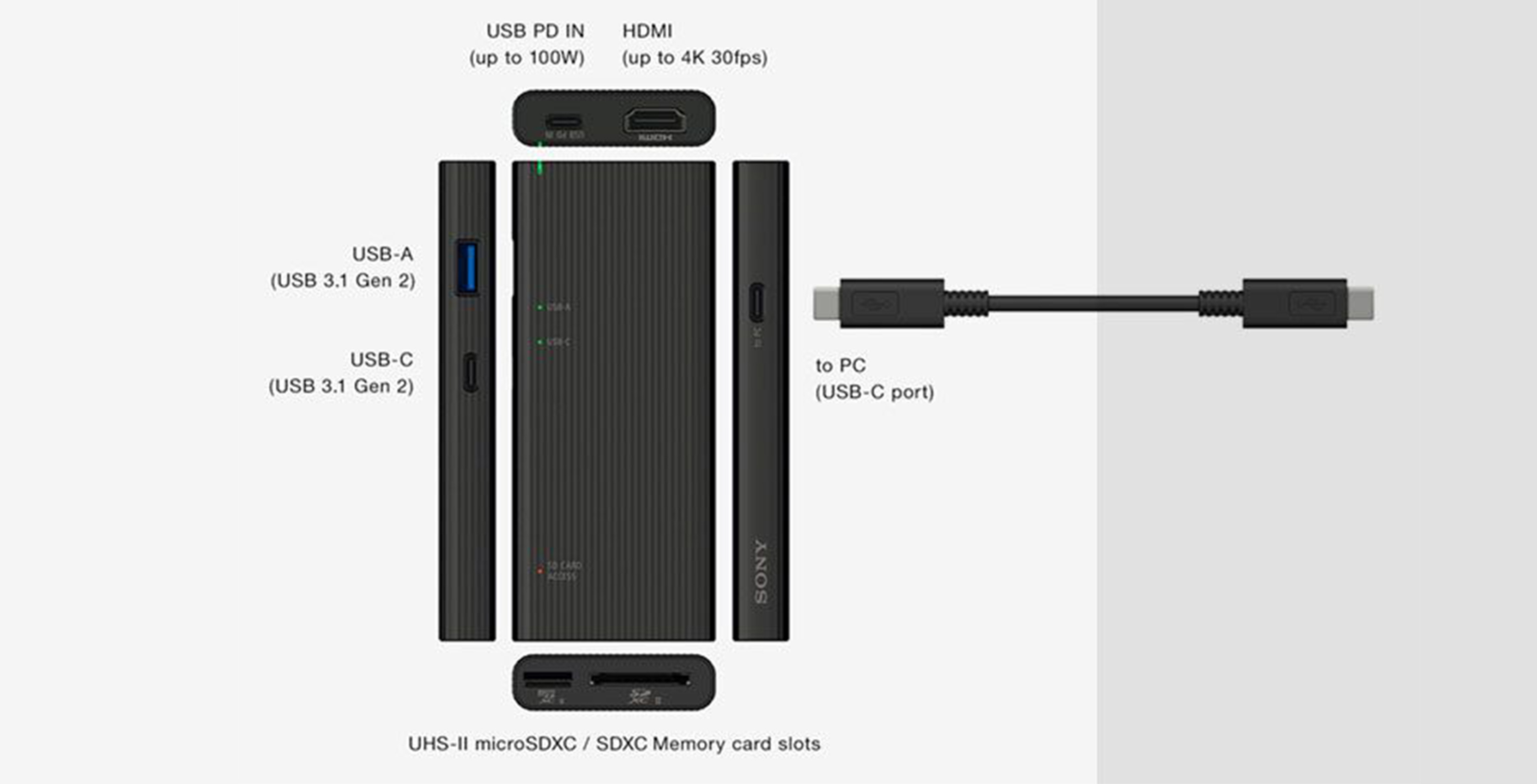 For professional creators that need a one-stop solution for ports and high-speed data transfers, Sony’s newly announced MRW-S3 USB hub could be the answer.

At just 95 grams, the aluminum hub could simultaneously support one UHS-II microSDXC card and one UHS-II SDXC card, which is typically used in modern mirrorless cameras and some professional video cameras. Both card readers can support speeds up to 300 megabytes per second (MB/s).

When it comes to connecting speedy hard drives, the MRW-S3 has one traditional USB-A port and three USB-C ports(one for getting power, one for PC connection, and one for data transfer of up to 1000MB/s).

Speaking of getting power, the MRW-S3 can receive as much as 100W from the dedicated USB-C which complies with the USB Power Delivery 3 protocol. There is a power level indicator that shows the power condition of each port.

Other than that, it has an HDMI port that goes up to 4K resolution at 30Hz. However, the feature requires a PC that supports DisplayPort output via a USB-C port.

Sony also tossed in a detachable USB-C 3.1 Gen 2 USB-C to USB-C cable that users could double as a hard drive cable or a laptop charging cable.

In addition, the company also launched the new SF-E series and water and dust-proof SF-M series of SD cards. The SF-E family offers up to 270MB/s read, and 120MB/s write (the 64GB variant has a lower 70MB/s write speed) while the SF-M lineup goes up-to 277MB/s read and 150MB/s write speed.

Sony says these new products will be available starting in fall 2019.