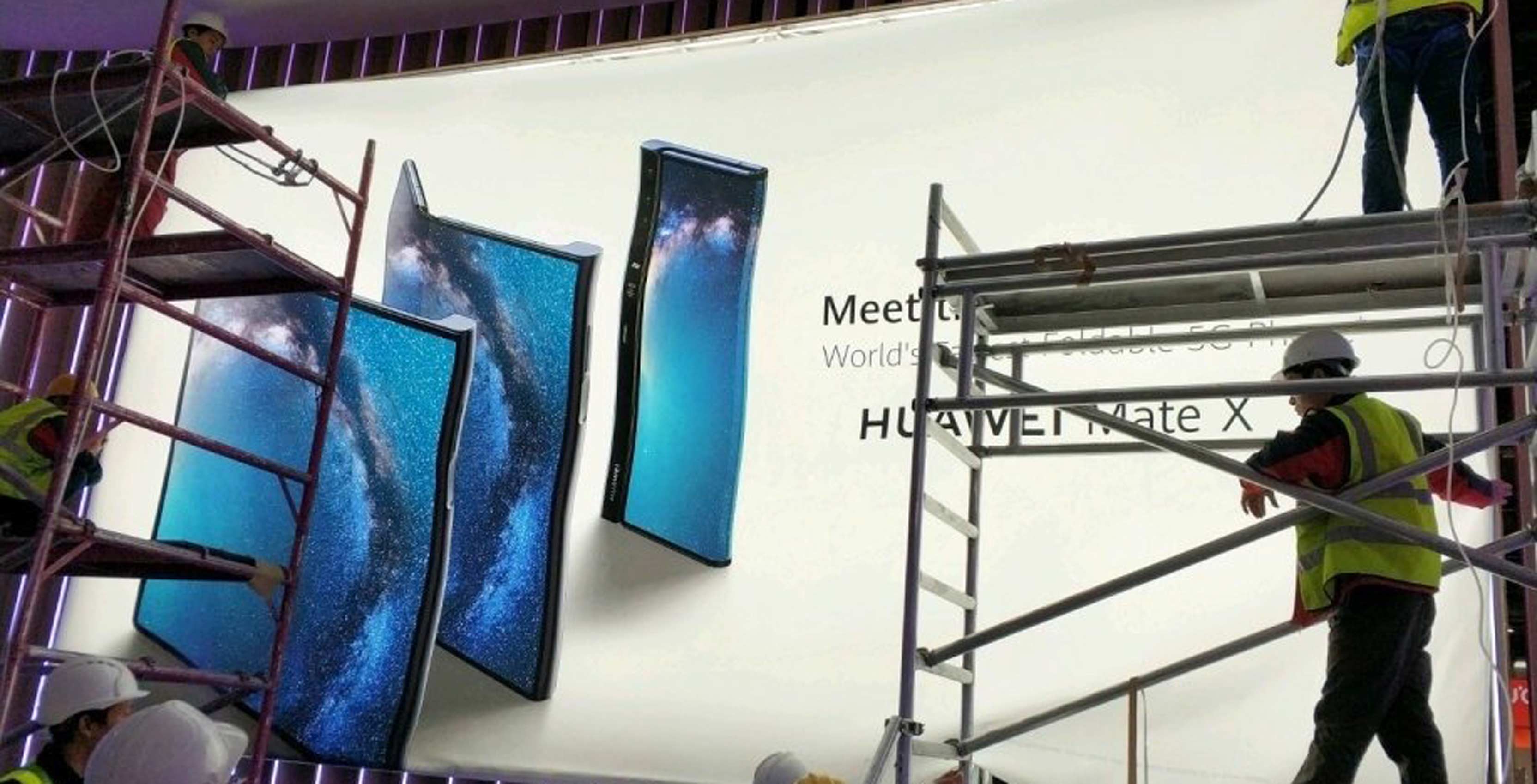 The image, courtesy of one of Agarwal’s Twitter followers, shows workers assembling a billboard at what I imagine is one of the conference halls in Barcelona that’s set to host Mobile World Congress next week.

As for the phone itself, it looks far more futuristic than Samsung’s recently announced Galaxy Fold smartphone. Other than the fact it will be 5G-capable, we know very little about the Mate X.

OMFG! Your first look at Huawei's Foldable Phone- The Huawei Mate X! I can't believe my eyes, this is so amazing. What do you think? Pic credit goes to @gimme2pm. pic.twitter.com/y9qSafR8Qa

Huawei will officially announce the Mate X at its Mobile World Congress keynote on February 24th.

What are your initial thoughts on the Mate X? Let us know in the comment section.