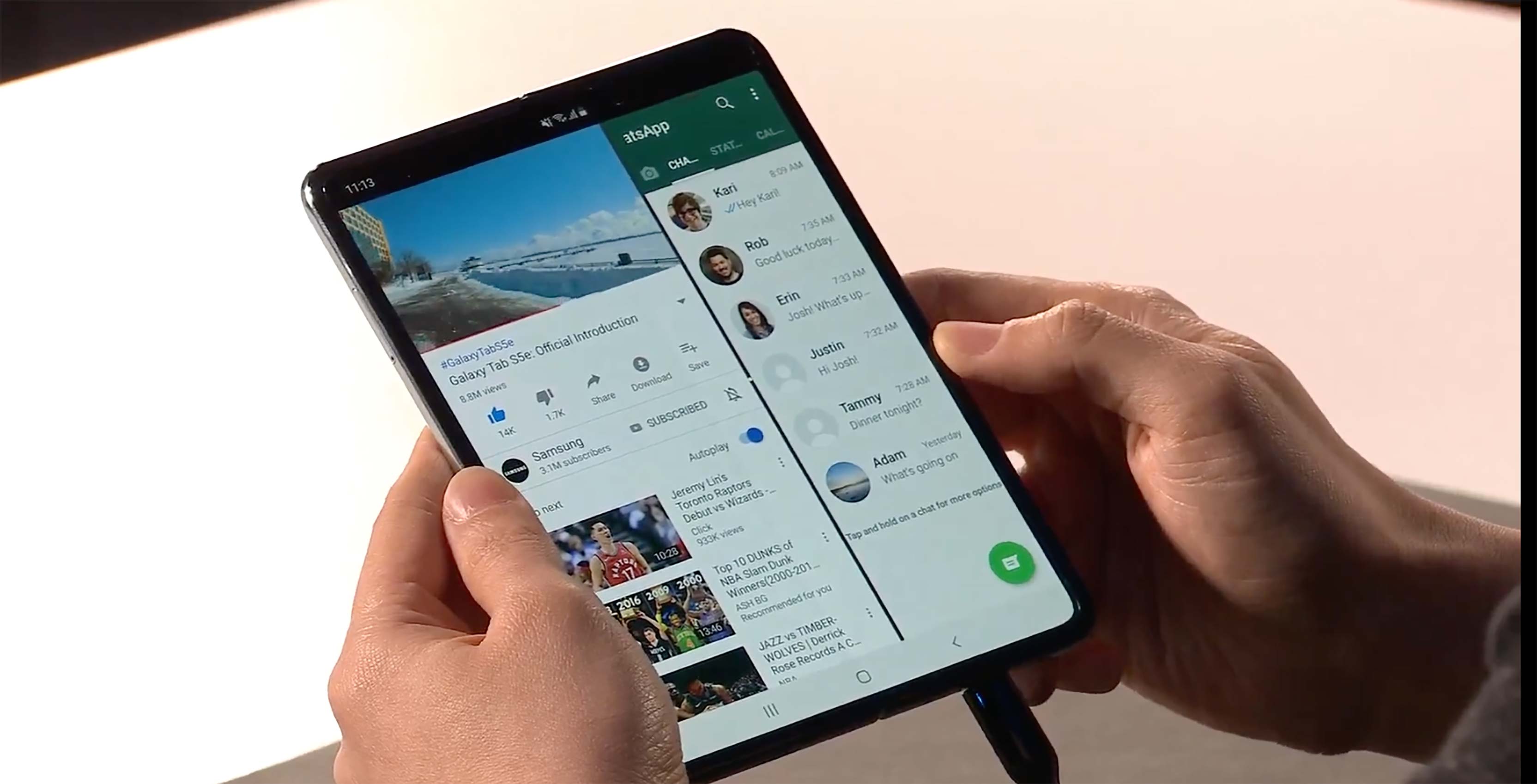 After what seems like almost half a decade of anticipation, Samsung’s first foldable smartphone is set to finally make its way to consumers.

On Wednesday, the South Korean consumer electronics giant announced the Galaxy Fold at its Unpacked 2019 event in San Francisco.

Folded, the phone features a 4.6-inch display. Opening it up reveals a 7.3-inch screen. Samsung says it created a sophisticated hinge that is hidden inside the case of the smartphone. In tablet mode, the Galaxy Fold supports three app multitasking.

In addition, a new feature called App Continuity allows Fold users to seamlessly use apps while folding and unfolding the device. At launch, apps like WhatsApp and YouTube will support the folding screen with more to come after release.

Galaxy Fold features a 7nm chipset, 12GB of RAM and 512GB of UFS 3.0 storage. The smartphone also features two batteries delivering the equivalent of 4,380mAh of battery power. Its fingerprint scanner is situated on the side of the device.

Ten years after the first Galaxy, we didn’t just change the shape of the phone, we changed the shape of tomorrow. #GalaxyFold
Learn more: https://t.co/gYYGF4ZvdJ pic.twitter.com/C8s0Jxdhkz

All told, Fold features six cameras: three on the back of the device, two on the inside and one of the front of the device.

The company’s Justin Denison was careful to stress that the Galaxy Fold is a ‘luxury device.’

To that end, the Galaxy Fold will start at $1,980 USD (approximately $2,600 CAD at the time of writing). The phone will be available in both 4G LTE and 5G versions.