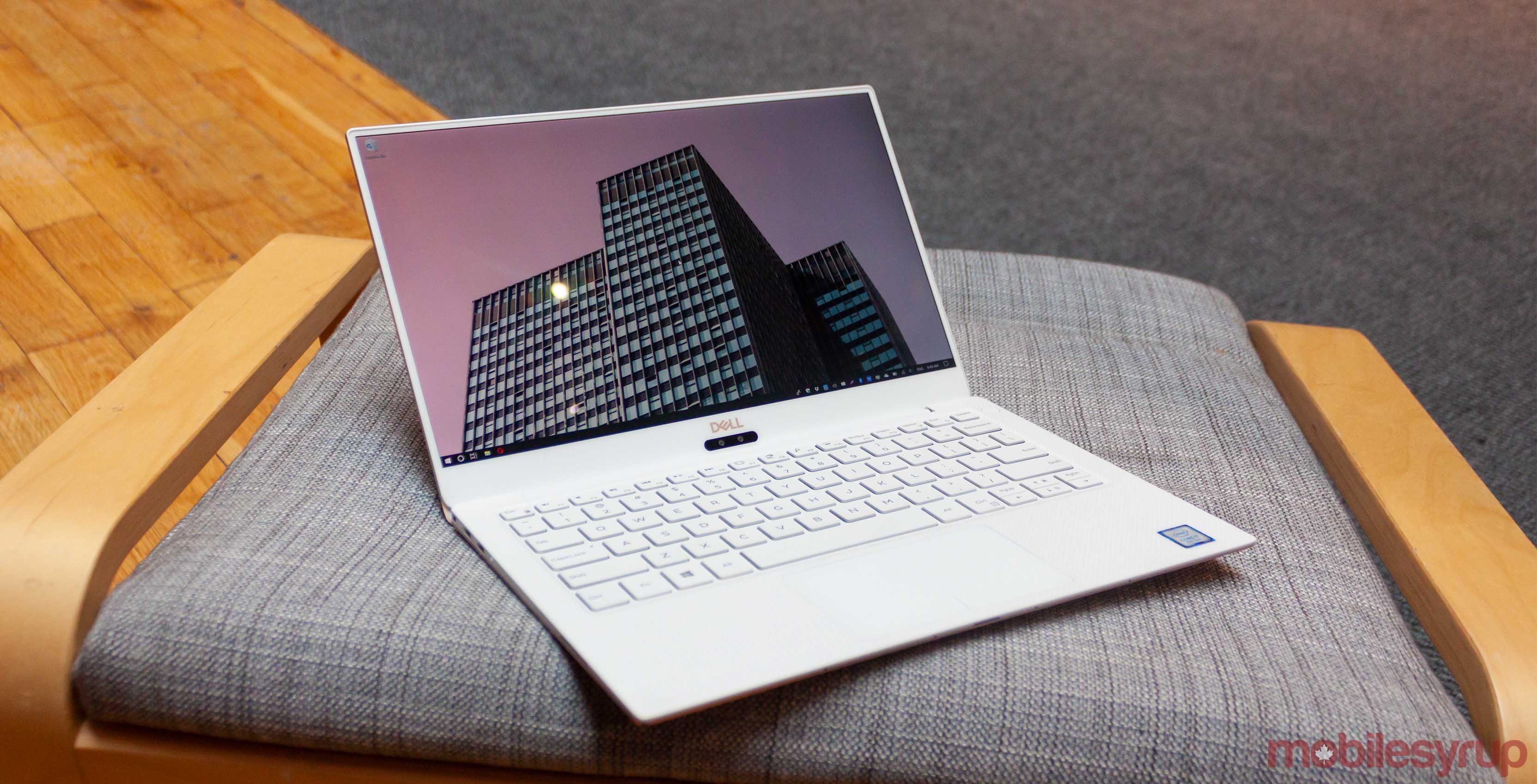 Sometimes, when you use something you really enjoy, you just have to tell people about it. That’s how I feel about Dell’s 2018 XPS 13 laptop and it’s largely why I’m writing these words now.

MobileSyrup, unfortunately, didn’t get a chance to review the XPS 13 when it came out earlier this year. However, I got to use one when putting together our holiday gift guide this year. While I knew the XPS 13 series was great, I was blown away by just how impressive this year’s model turned out to be.

As a longtime Windows users, I’ve always had a hard time finding the perfect laptop. I want power, but I don’t want a huge machine. I want a great screen, but I also want long battery life.

The XPS 13 is one of the few Windows laptops I’ve used that checks all those boxes. It’s super thin, lightweight, sports a brilliant 4K display and delivers all the power you could need.

This isn’t going to be a traditional review considering how long the XPS 13 has been around. Instead, I’m going to share a few brief thoughts about my time with the laptop and why I think it justifies its hefty price tag. 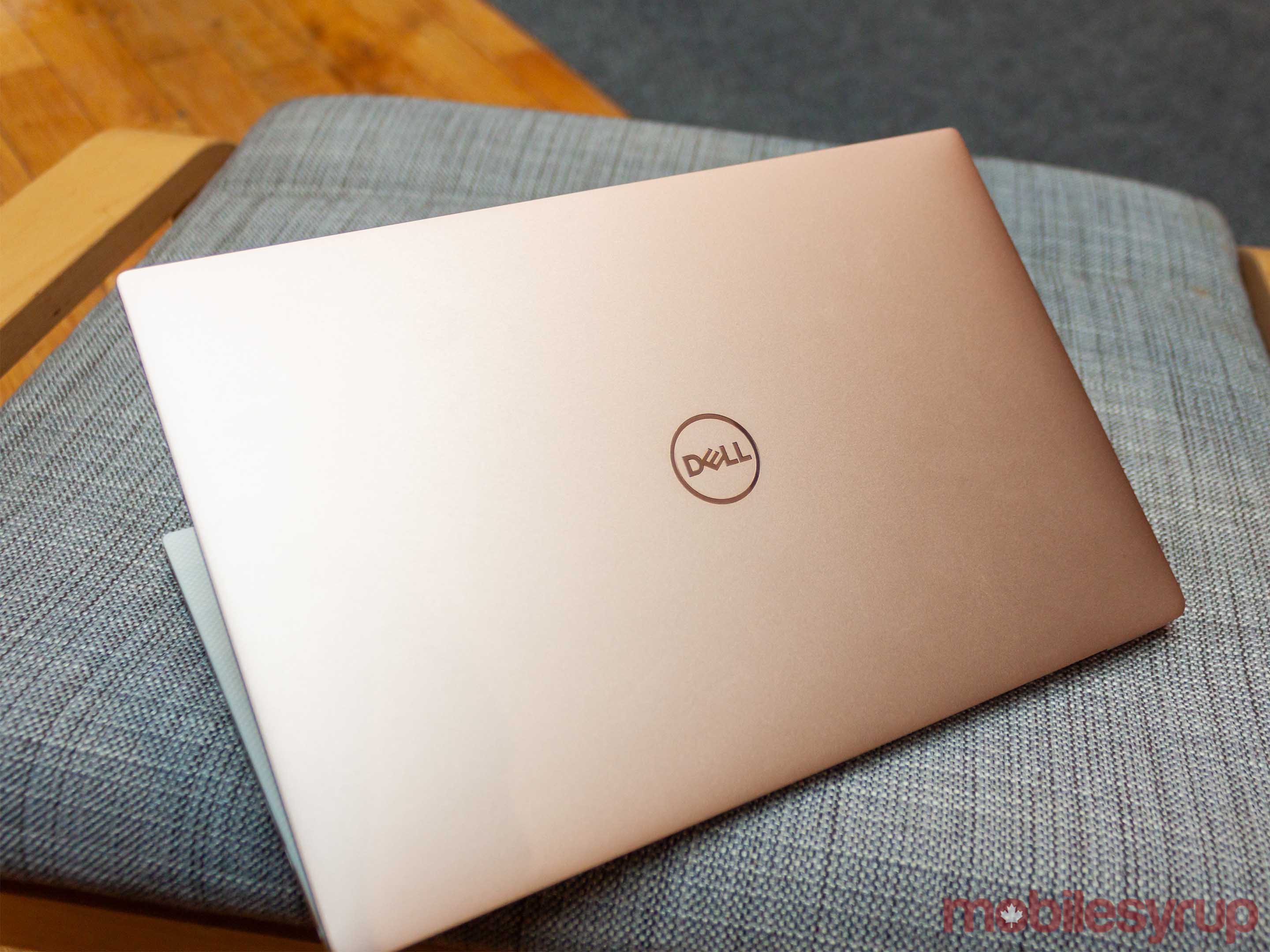 On the outside, the most significant difference between the 2017 XPS 13 model and the 2018 model I used is colour. The 2018 model’s gold-and-white variant stuns, but if you’re not one for light colour schemes, you can also get the laptop in traditional silver-and-black.

The device’s exterior is made of gold-coloured aluminum that I found had a slight rose tint to it. On the inside, the XPS 13 sports a white finish that looks woven. While some might love the weave, I didn’t care much for it. Ultimately, it felt great under my palms while using the laptop, so it didn’t matter much how it looked.

Aside from the new colour, Dell shrunk the chassis a tad, making it thinner and lighter. The XPS 13 clocks in at 11.6mm at its thickest point and weighs 1.21kg (2.68 pounds). 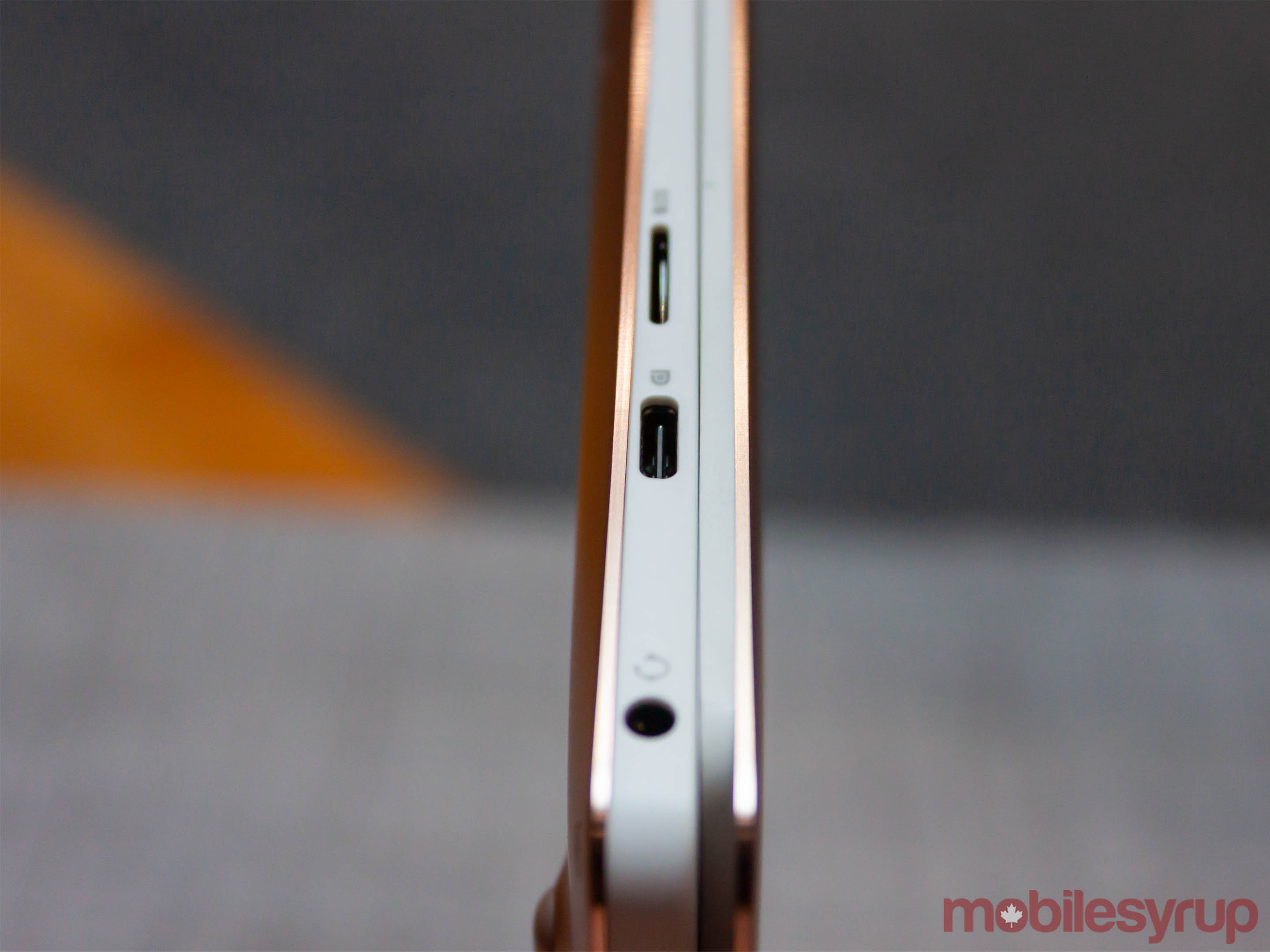 While not a drastic change over previous models, the laptop’s thin profile did lead Dell to ditch USB-A ports and an full-size SD card reader. Instead, you’ll find three USB-C ports, a 3.5mm headphone jack and a microSD card reader.

While some may feel the loss of USB-A, I came from the Microsoft Surface Pro 6 which only had one USB-A slot. As such, the XPS 13’s three USB-C ports felt positively freeing. Further, the micro SD slot didn’t make up for the missing SD slot, but I appreciated having the option.

Open the oyster, find the pearl 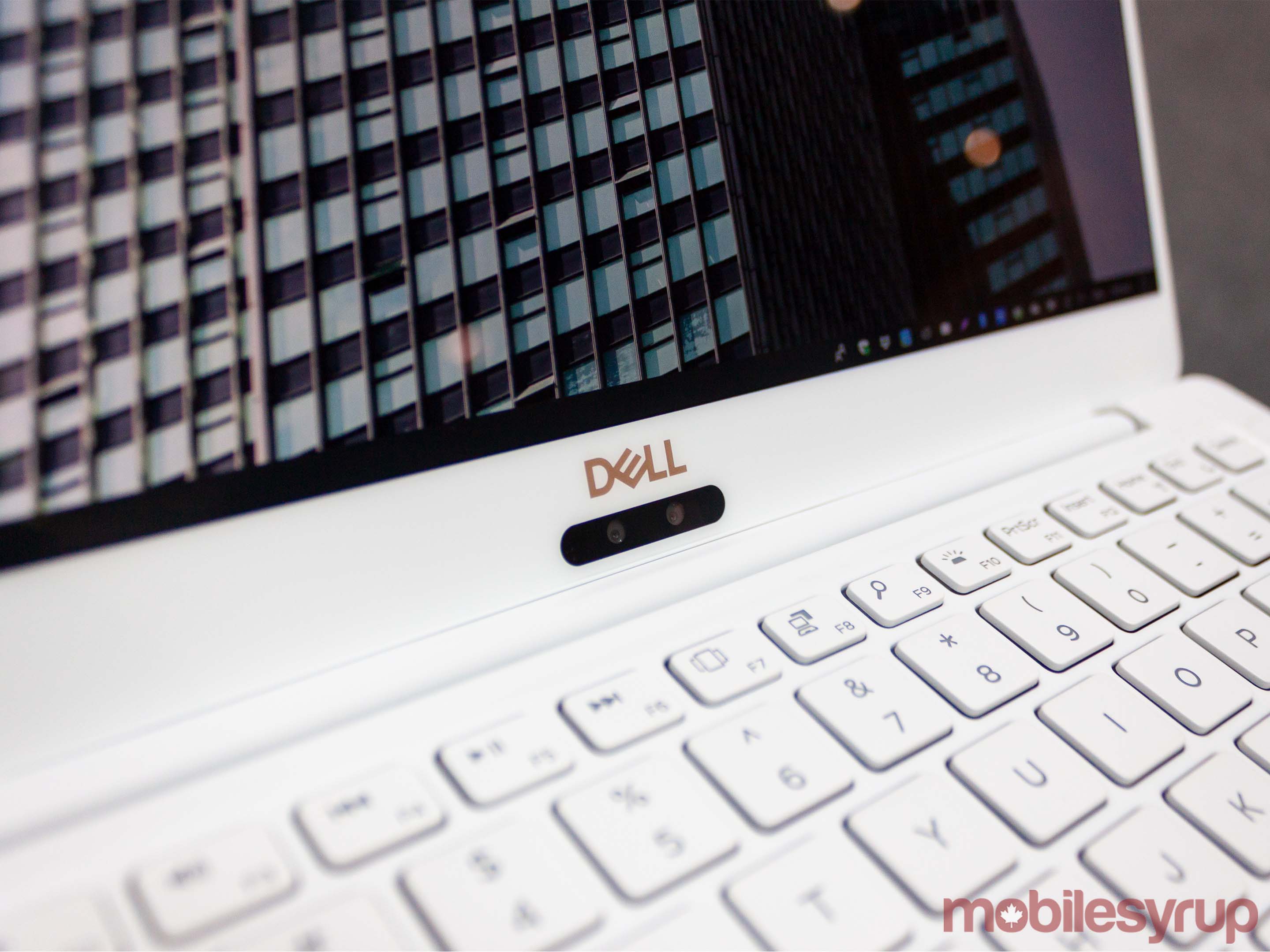 Opening the traditional clamshell-style XPS 13 reveals the best part about the laptop. The brilliant 13.3-inch 4K display is a marvel, and the way it almost extends to the edge of the computer’s frame makes for a particularly futuristic look.

The bezel below the display houses the laptop’s webcam and the sensors needed to make Windows Hello facial recognition work.

I also didn’t mind the XPS 13’s bottom placement of the webcam. Granted, I don’t typically video call with my computer and I can see why the low placement might cause issues for some users.

My only gripe with the webcam’s placement is that I sometimes had to tilt up the display to get Windows Hello to recognize me.

On that note, the screen hinge on the XPS 13 isn’t quite as malleable as I’d like. Maybe I’m too used to the Surface Pro 6 hinge, but I found it frustrating when I needed the screen to go back further than the XPS could.

As far as Windows Hello goes, it has never worked better — when the camera was positioned properly, of course.

Overall, the XPS 13 recognized me faster than Microsoft’s Surface Pro 6 and it made unlocking the laptop a joy. The rare times Windows Hello did fail, a quick touch on the fingerprint sensor integrated in the laptop’s power button unlocked the computer almost instantly. 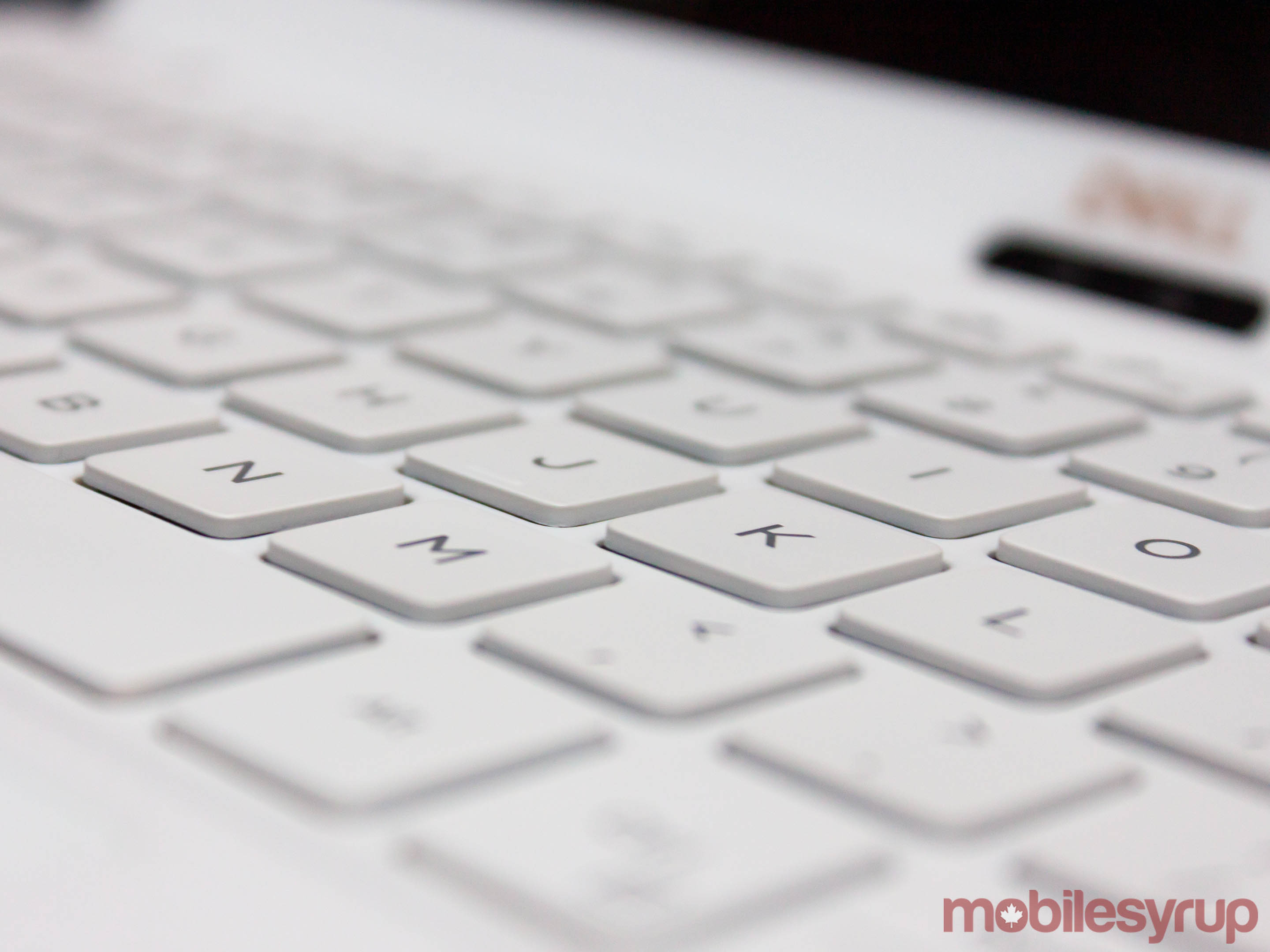 If the screen is the XPS 13’s pearl, the keyboard and trackpad are the lacklustre necessities that surround it.

To be clear, the keyboard and trackpad are not bad by any means — both are capable and quite usable. They’re just not the best, and when the rest of the laptop is so good, these two parts stand out.

I found the keyboard to be a little on the mushy side. It lacked the satisfying tactile click of keyboards like those in Microsoft’s Surface Laptop 2.

I’ve yet to find a typing experience as satisfying as that of the Surface line, but the XPS keyboard was still better than most laptop keyboards I’ve used.

As for the trackpad, it’s functional but unfortunately small. Granted, there’s not much room to include a bigger one, but it would’ve been nice all the same.

Internals round out the experience 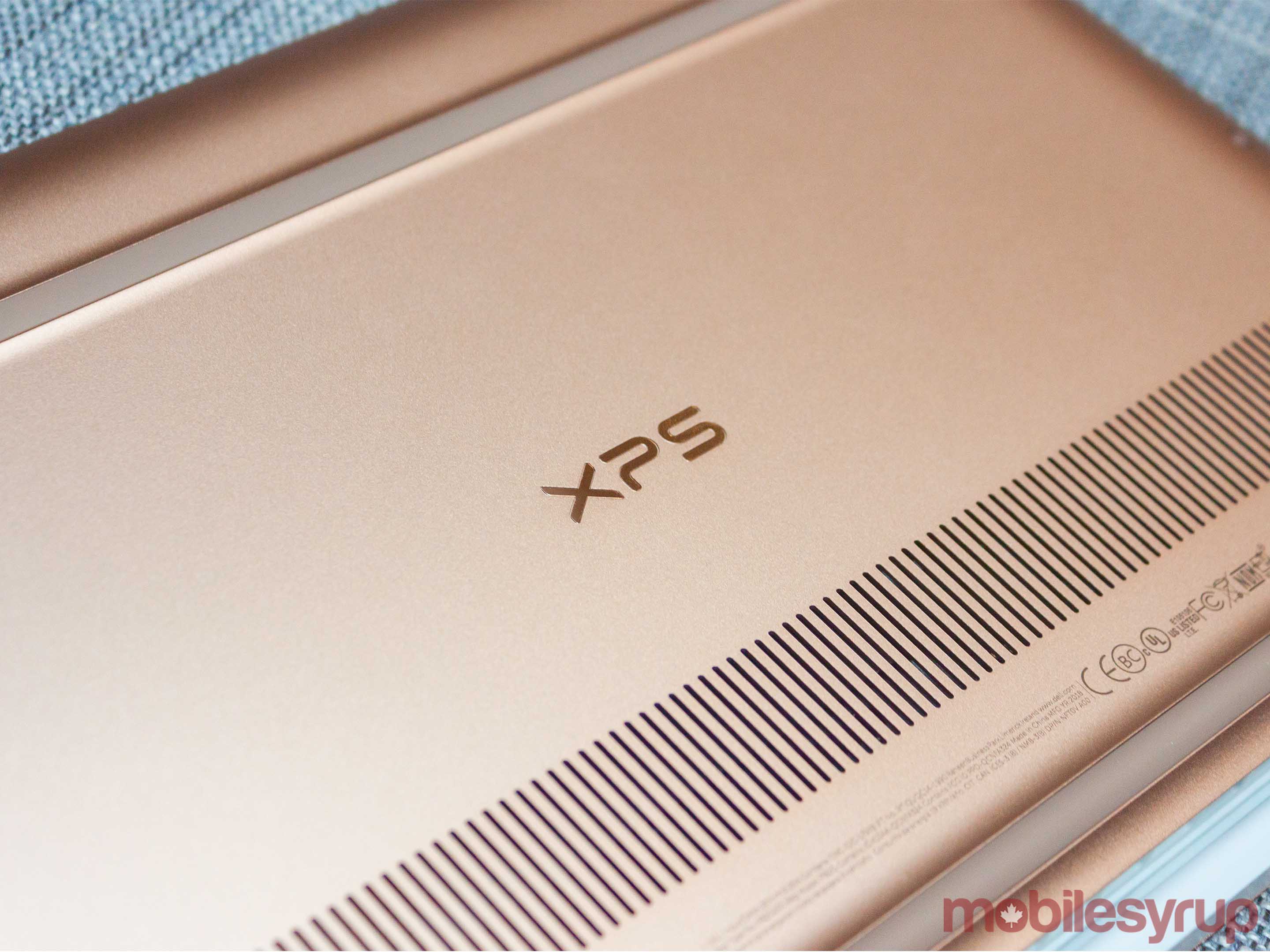 While a thin chassis, new colour and great screen all serve as solid arguments in favour of the XPS 13, the device’s internals really sell the laptop.

The laptop handled everything I threw at it, including heavy browsing, Photoshop and more. Performance was buttery smooth and I rarely experienced any hiccups or performance struggles.

It could even handle gaming, thanks to eGPU support via the device’s USB-C ports. I wasn’t able to test this myself, but with the right set-up, the XPS 13 could easily serve as both a workhorse and gaming machine.

It’s worth noting that the XPS 13 ran on the warm side for me. It was never unbearably hot, but the laptop did ramp up its fans from time to time. While not particularly loud, they were noticeable.

Ultimately, the XPS 13 was a joy to use. From the moment you open up the laptop until you shut it down, it works flawlessly. Plus, it looks good while doing so.

If you’re in the market for the best Windows laptop you can get, the XPS 13 is the one. It’s got everything you could need in a sleek package. It might be on the pricey side, but thanks to some recent sales, you can get the XPS 13 for as low as $1,329.99 from Dell.