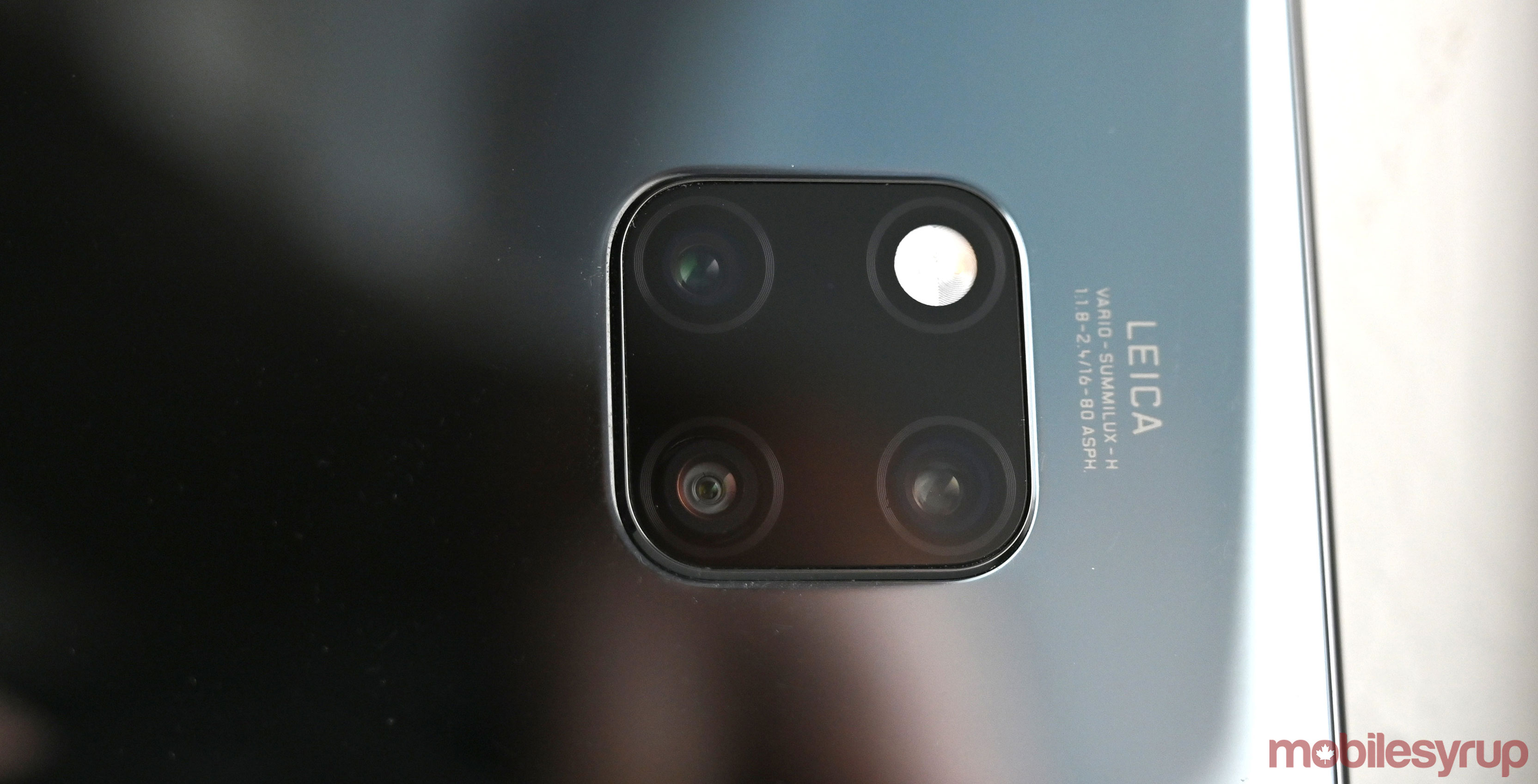 Huawei is a company trying to make a statement in the wireless world, and it’s using mobile photography as a vehicle to get there.

In Canada, Huawei is an underdog fighting for recognition, despite being the second-largest smartphone manufacturer in the world. It’s that kind of footprint and the desire to challenge the likes of Apple, Samsung and Google that makes Huawei both an upstart and equal rival all at once. 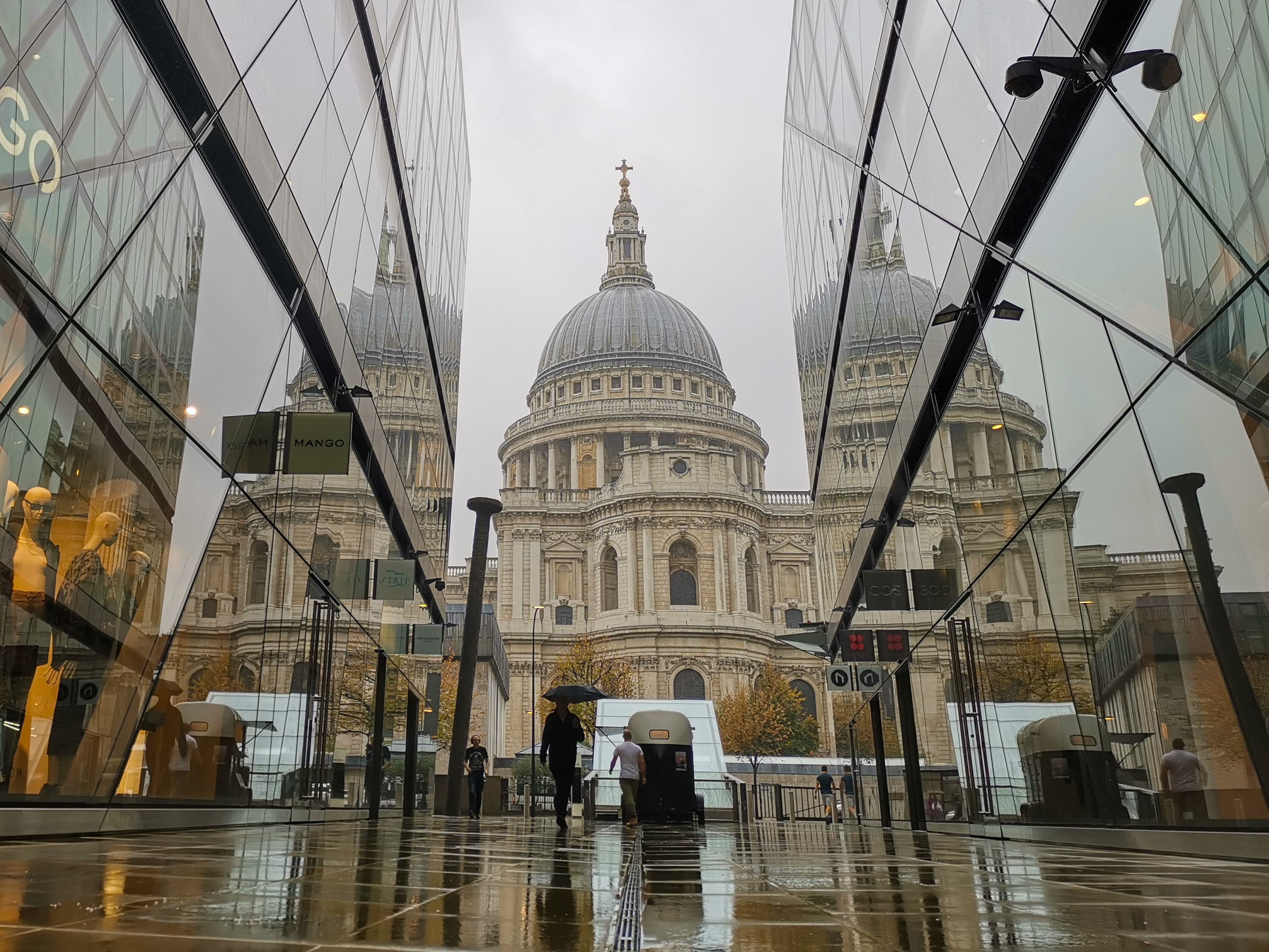 There were solid hints of what the company’s engineers could do going back to the P10 Pro last year, but the P20 Pro served notice that Huawei was a serious contender.

The Mate 20 Pro carries that forward, and stakes a real claim to being one of the best mobile shooters to date. 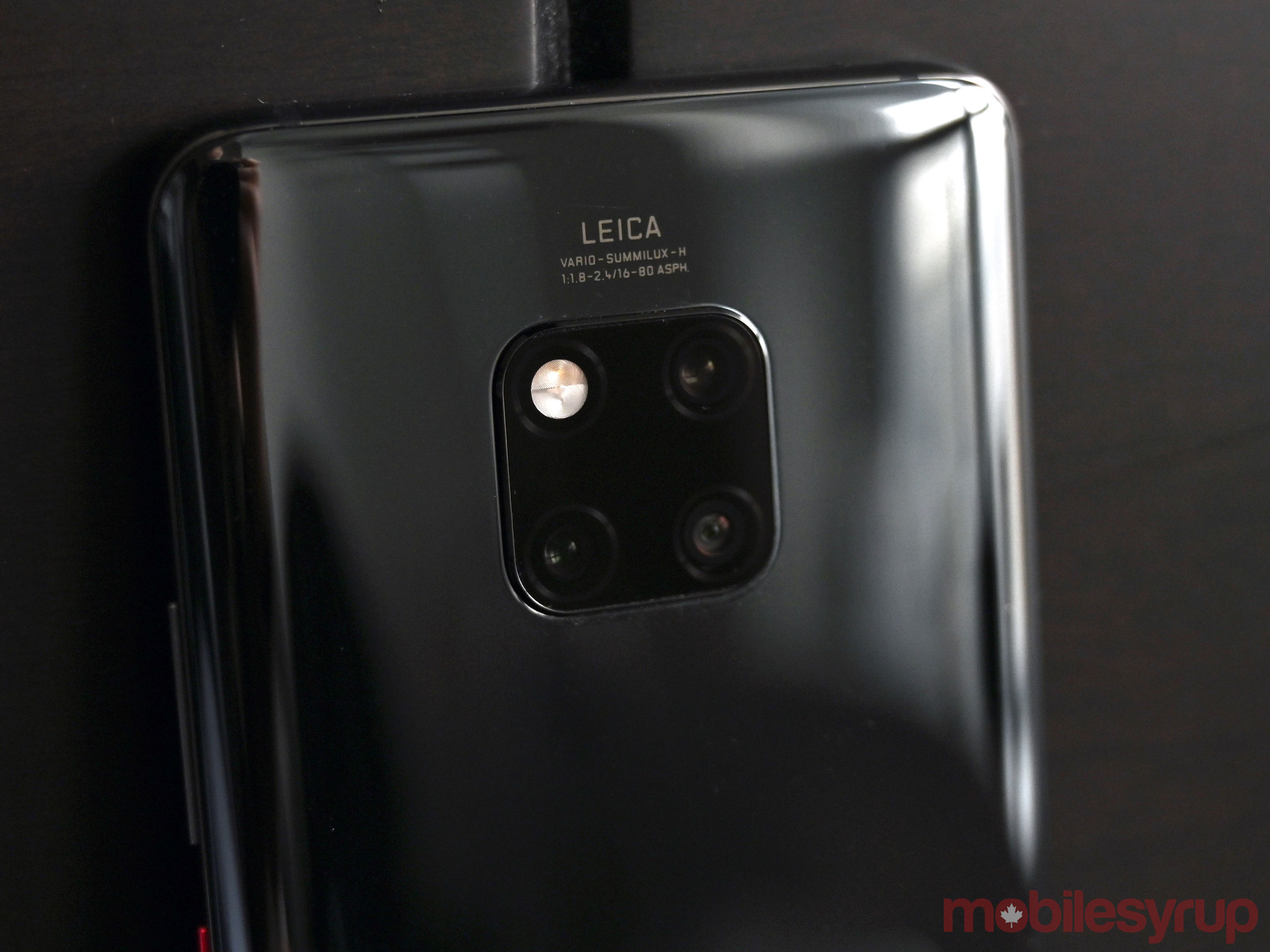 As before, the Mate 20 Pro features three lenses in the rear, only with a few distinct changes. Unfortunately, Huawei ditched the monochrome lens to make room for a 20-megapizel wide-angle lens with a 107-degree field of view and f/2.2 aperture. It ends up being a very even trade, in my view. Wide-angle lenses aren’t as common as telephoto lenses, and there’s still an option to shoot in monochrome through the various shooting modes in the interface (albeit with a downgrade in quality).

The rest of the trio is made up of the primary 40-megapixel f/1.8 and secondary 8-megapizel f/2.4 telephoto 3x zoom lens. Filling in the squared camera layout in the back is the LED flash, which is ironic because it is almost useless amidst the prowess of the camera’s performance.

Aside from changing the third lens, the physical traits remain the same, right down to the Leica lenses and image sensors. The sensors are the same as those used in the P20 Pro, which is a good thing. What Huawei makes available in this phone is something of an arsenal. 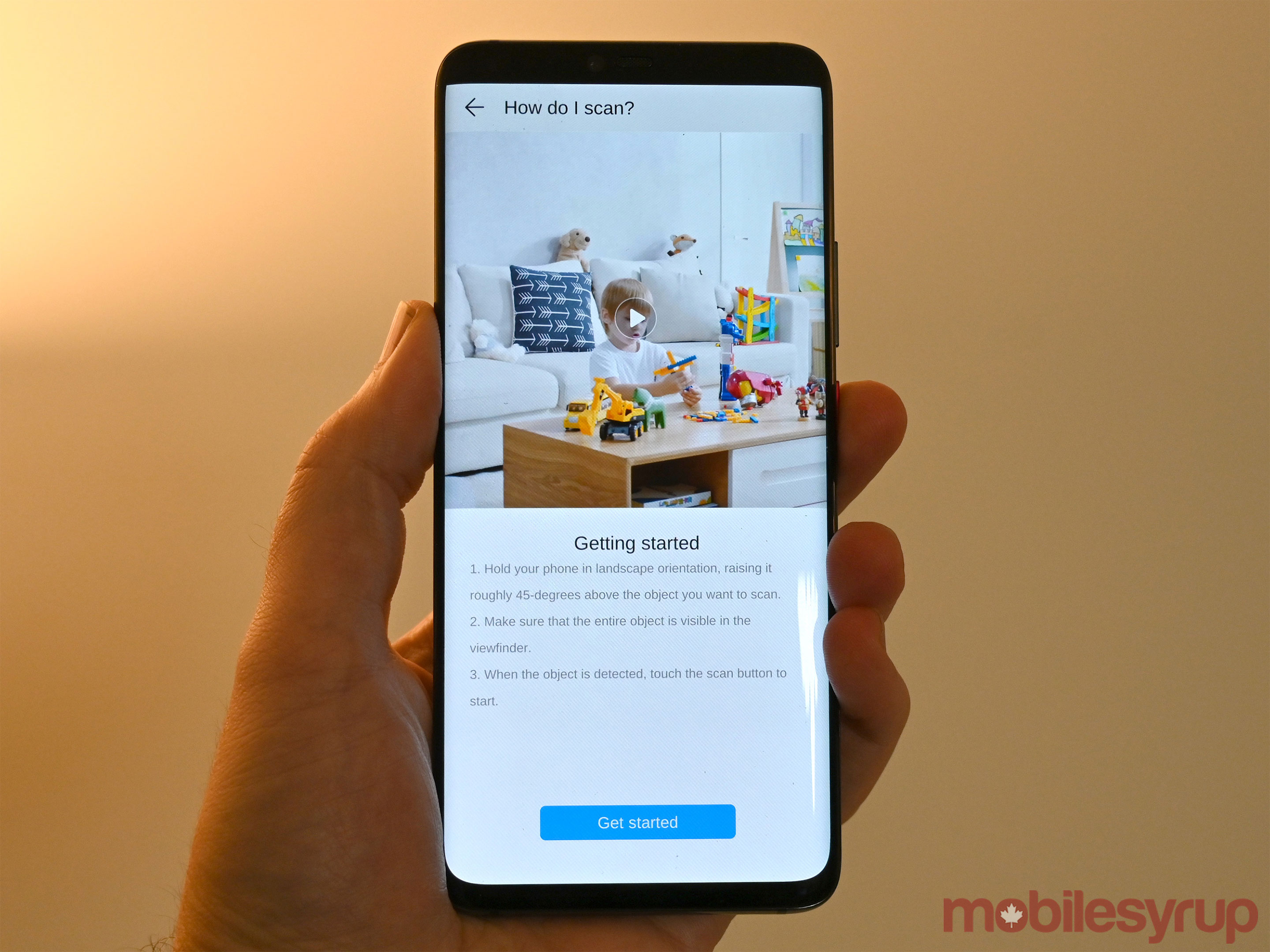 Huawei touted the artificial intelligence (AI) features of the P20 Pro, and doubled down with this one. Master AI was previously capable of recognizing dozens of different scenes at its peak. Now, it’s in the hundreds, with granular differences like blue sky and cloudy sky, or greenery and plants, among other examples.

It even threw in an AR (augmented reality) mode with “3D Qmoji” that strongly resembles Apple’s Animojis and Samsung’s AR Emoji. You get the usual set of characters to choose from. It’s okay, but not something that I expect most users would indulge in.

Huawei made a bigger splash when it unveiled the option to 3D scan an object and animate it afterward. Trouble is, the company didn’t make it easy to find where the feature actually was. It wasn’t initially available at launch, and I wasn’t sure when, or if, it had actually come out. When it did, it was as a standalone app through Google Play called 3D Live Maker, though no notification on the Mate 20 Pro told me. I had to find out through searching online. 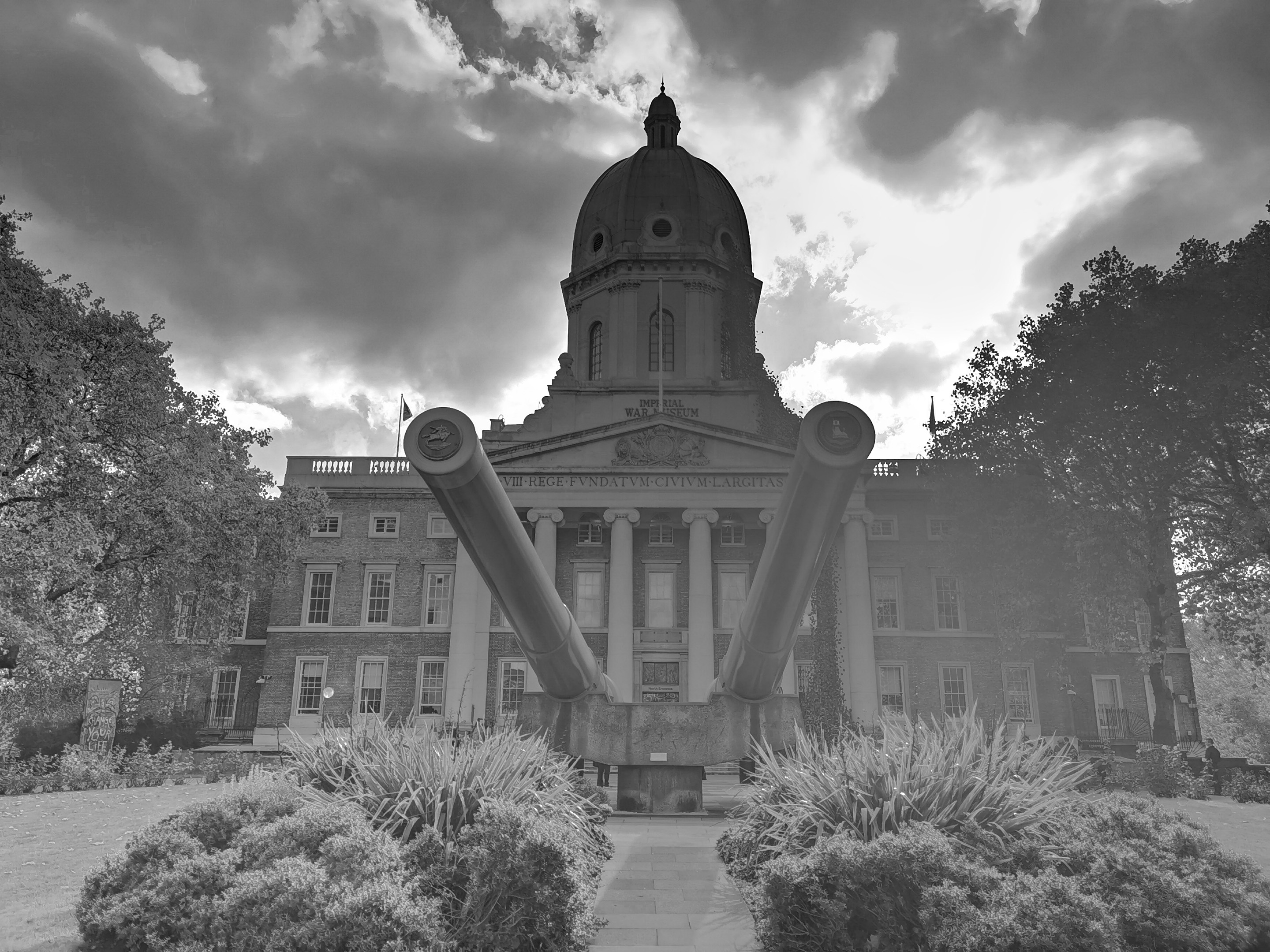 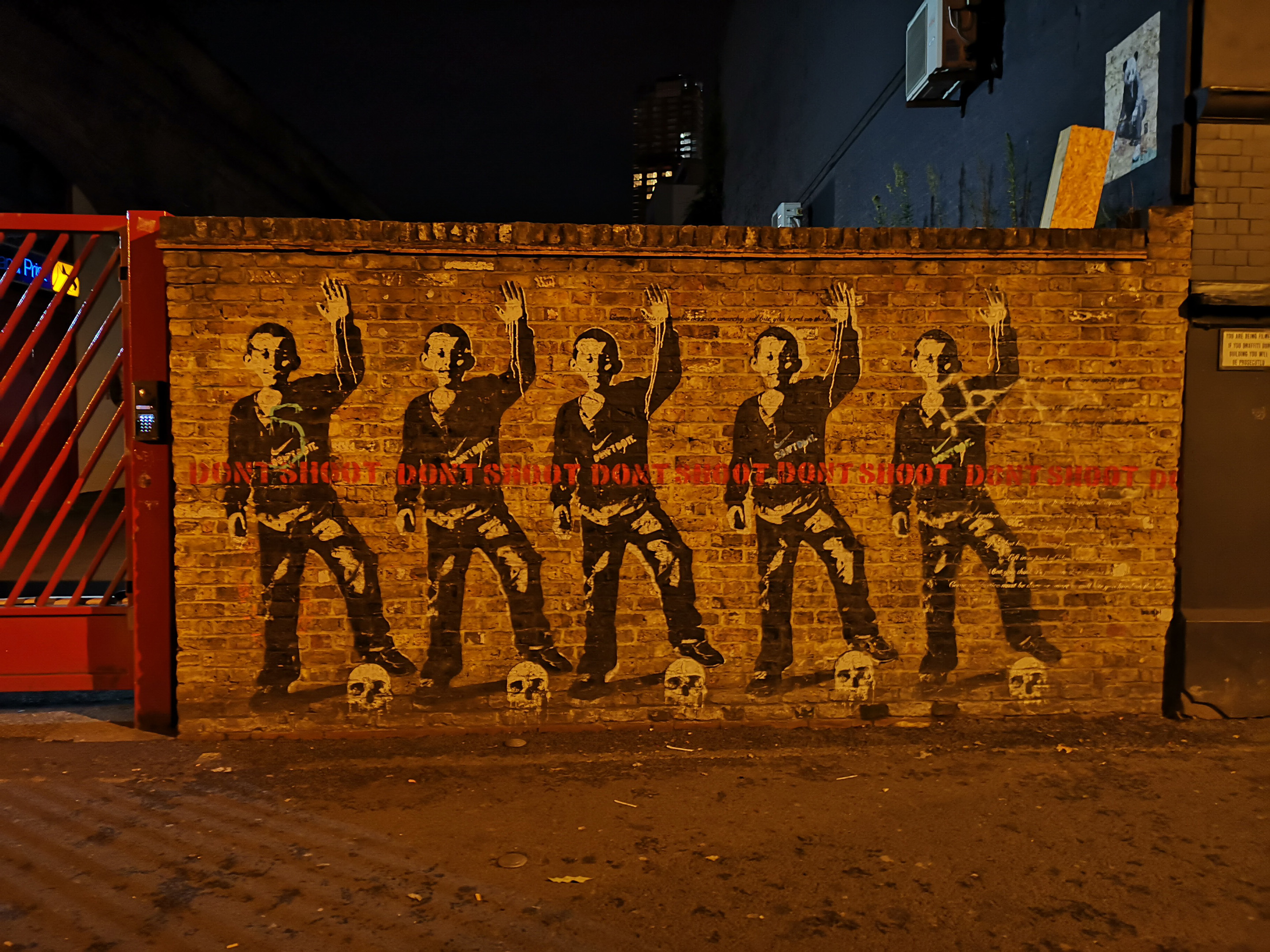 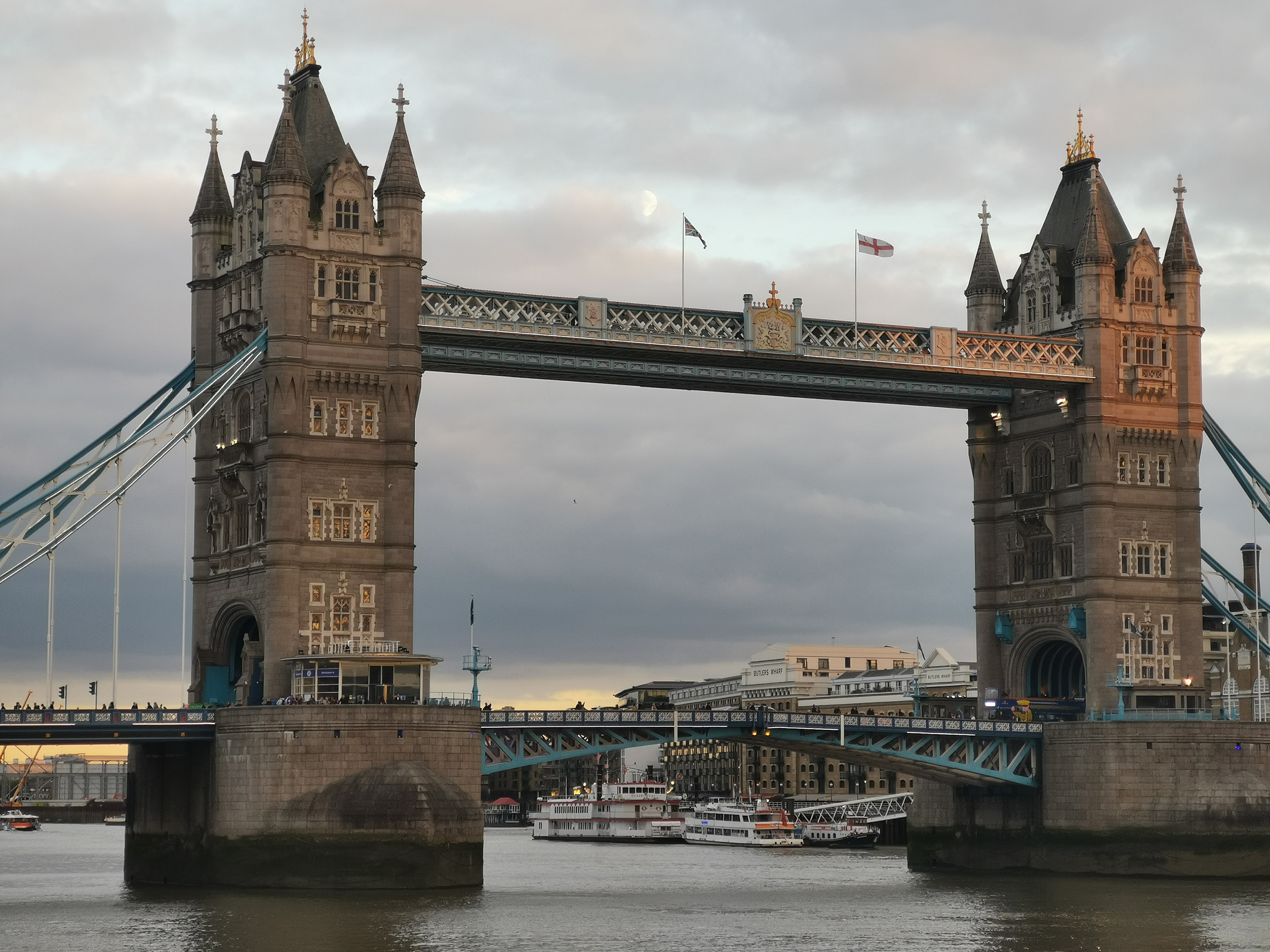 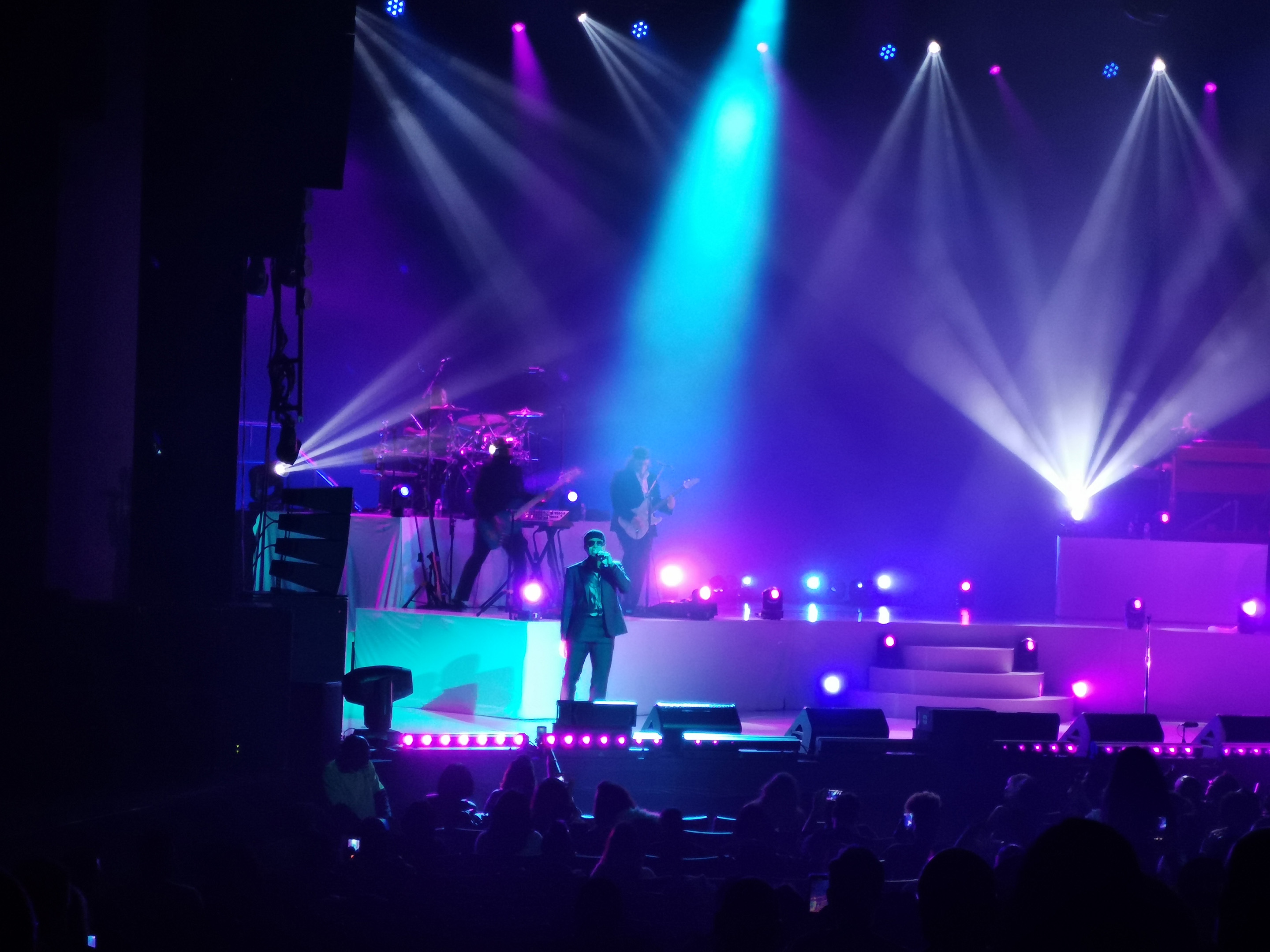 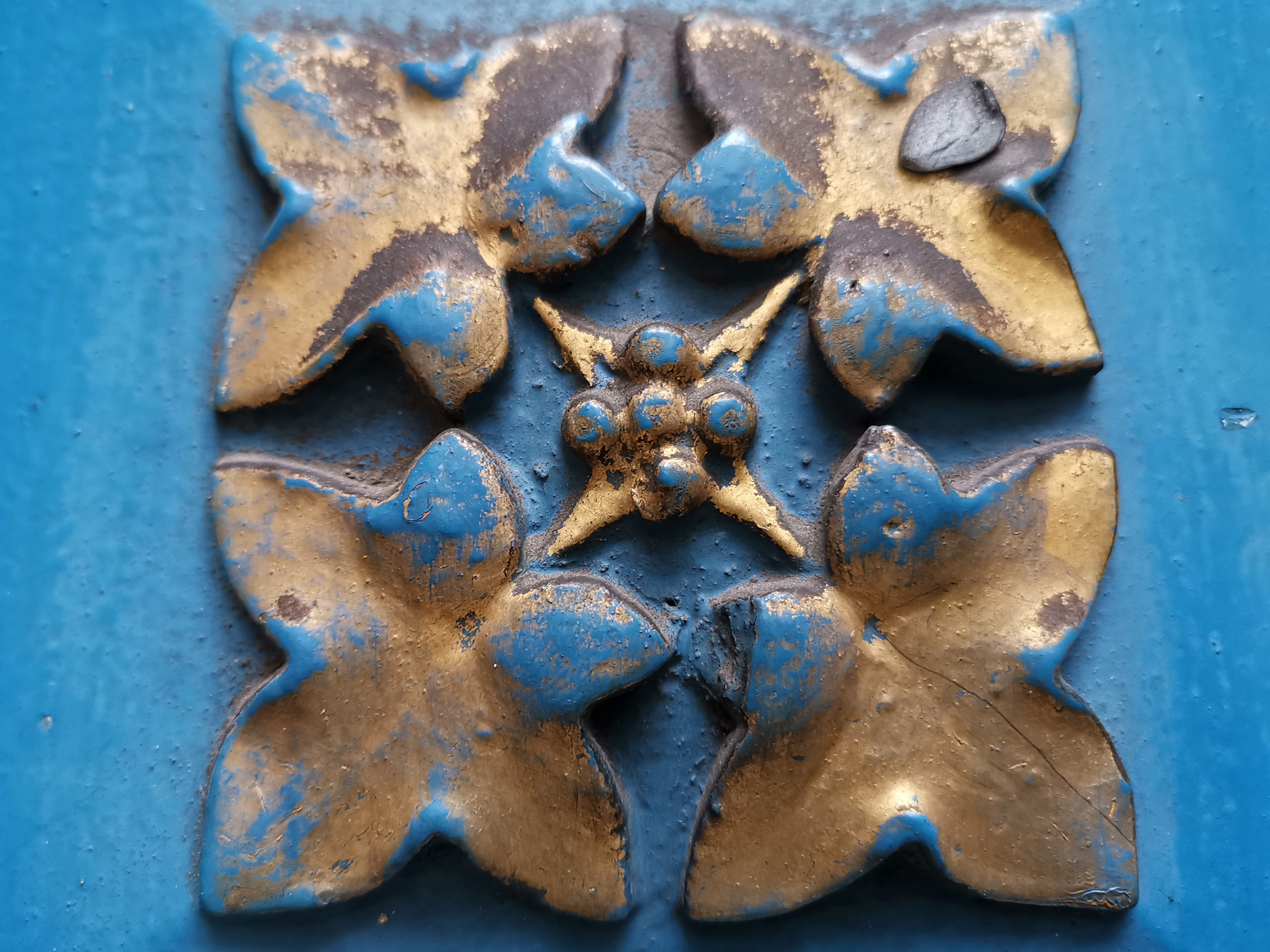 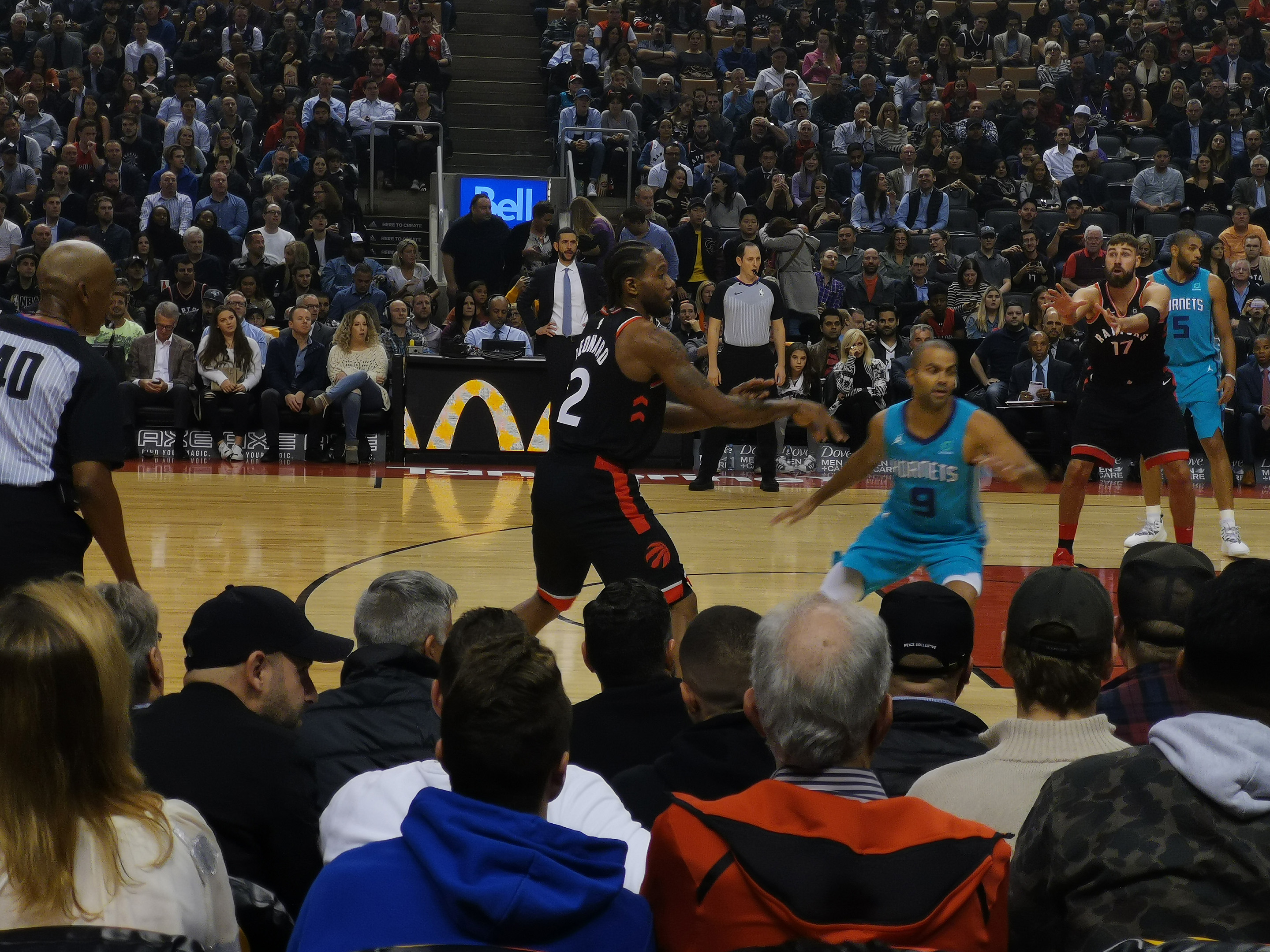 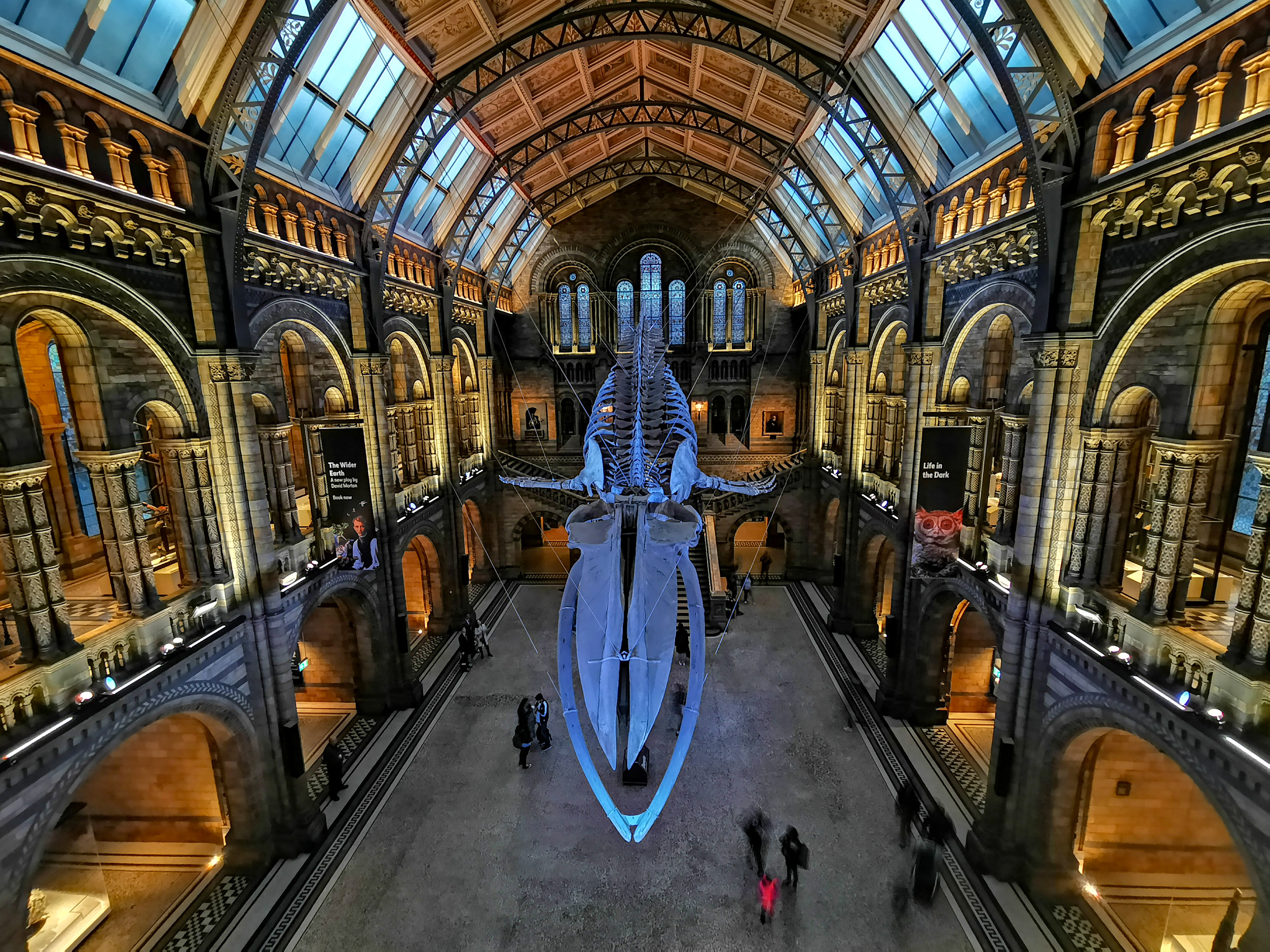 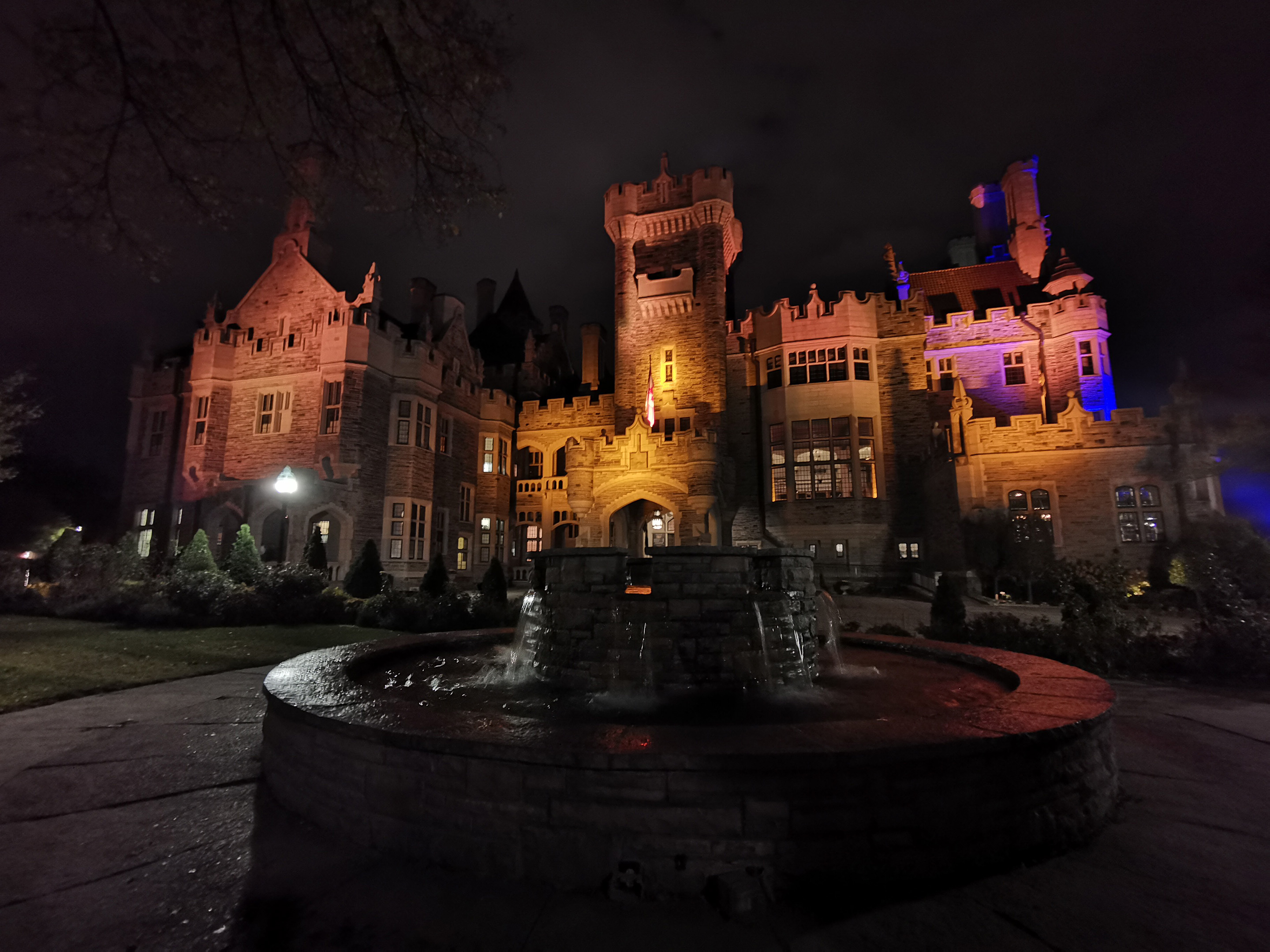 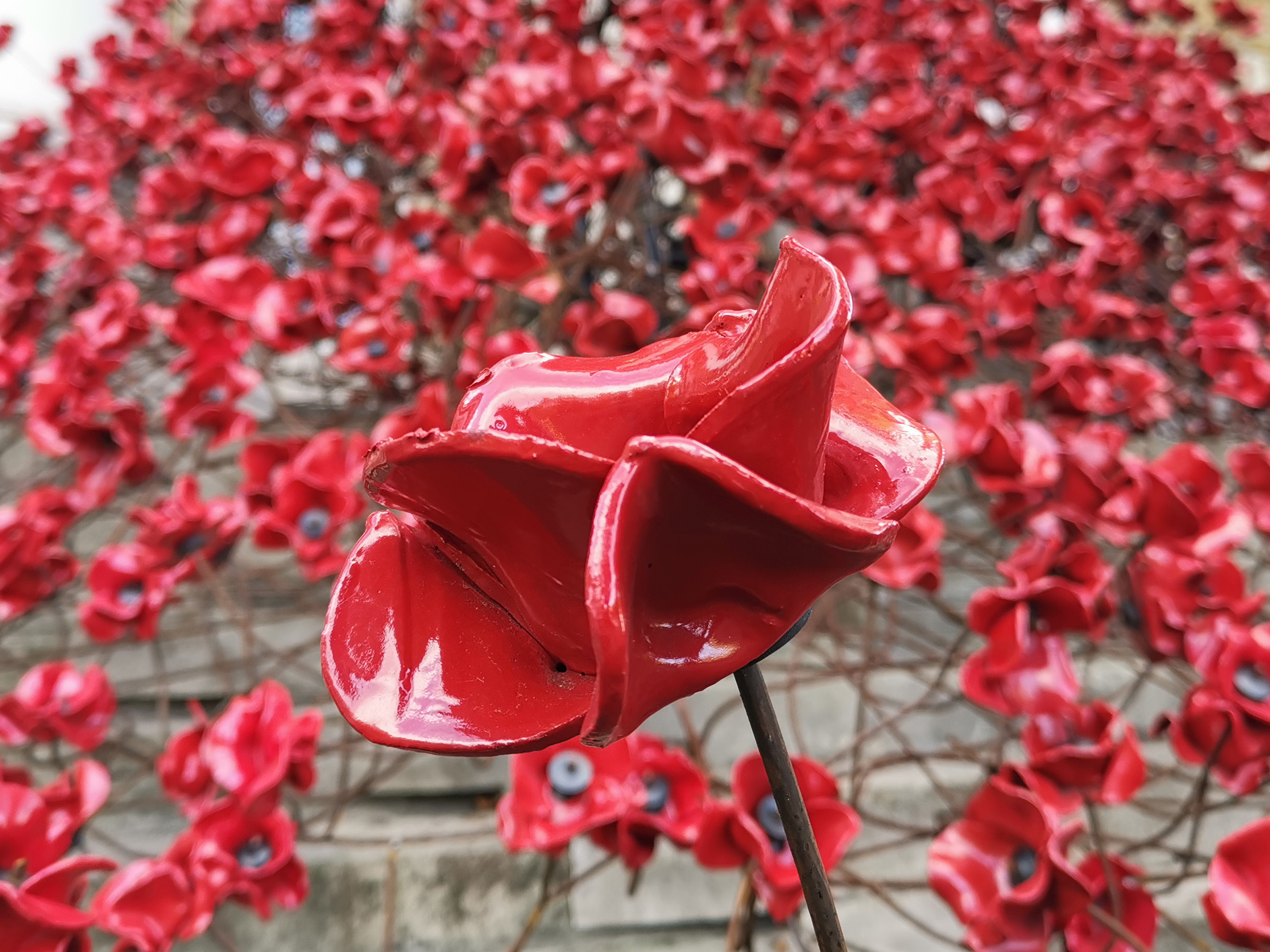 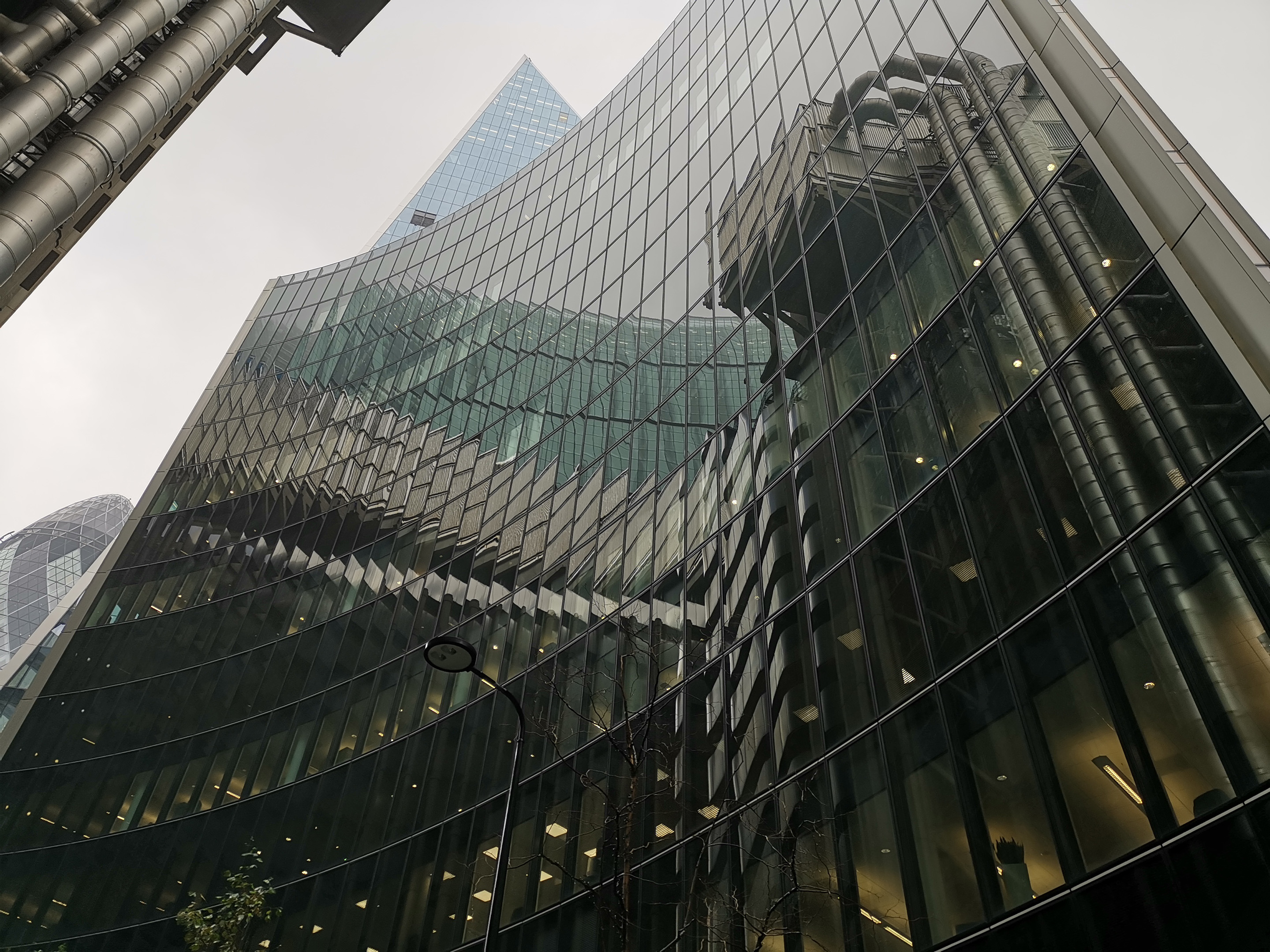 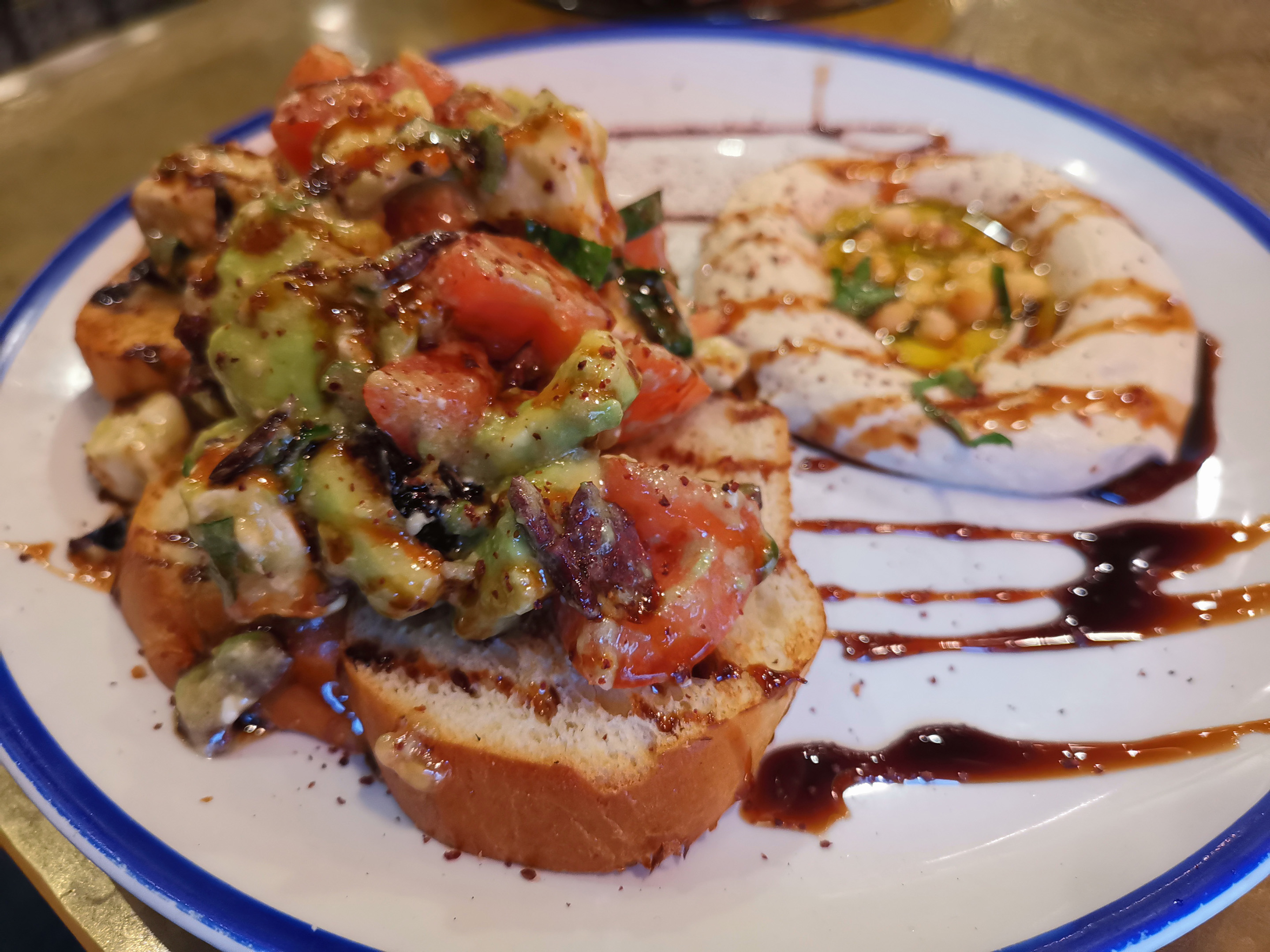 It’s a nice idea in theory, but it needs work. The scanning tool uses the front-facing camera, not the rear, and seems to be particular about the angle. No matter the orientation, I needed to hold the phone at a 45-degree angle to scan every part of it. Even then, I’m not clear on what objects will or won’t work. Stuffed animals seem to be the best ones so far.

Then there’s HiVision, a mode that emulates Google Lens, only with broader initiative. Huawei included the ability to estimate calories when using the mode and pointing the camera at food. I imagine Huawei’s intent is probably noble, but the feature smacks of gimmickry, and Google Lens is still available to use through Google Photos.

What I liked is that all these features are elective. Previously, Master AI worked out of the box. Now, users have to turn it on in the settings first. It is a little smarter, but still prone to misinterpreting scenes when more than one identifiable subject is in the frame. I chose to shoot with it turned off most of the time. 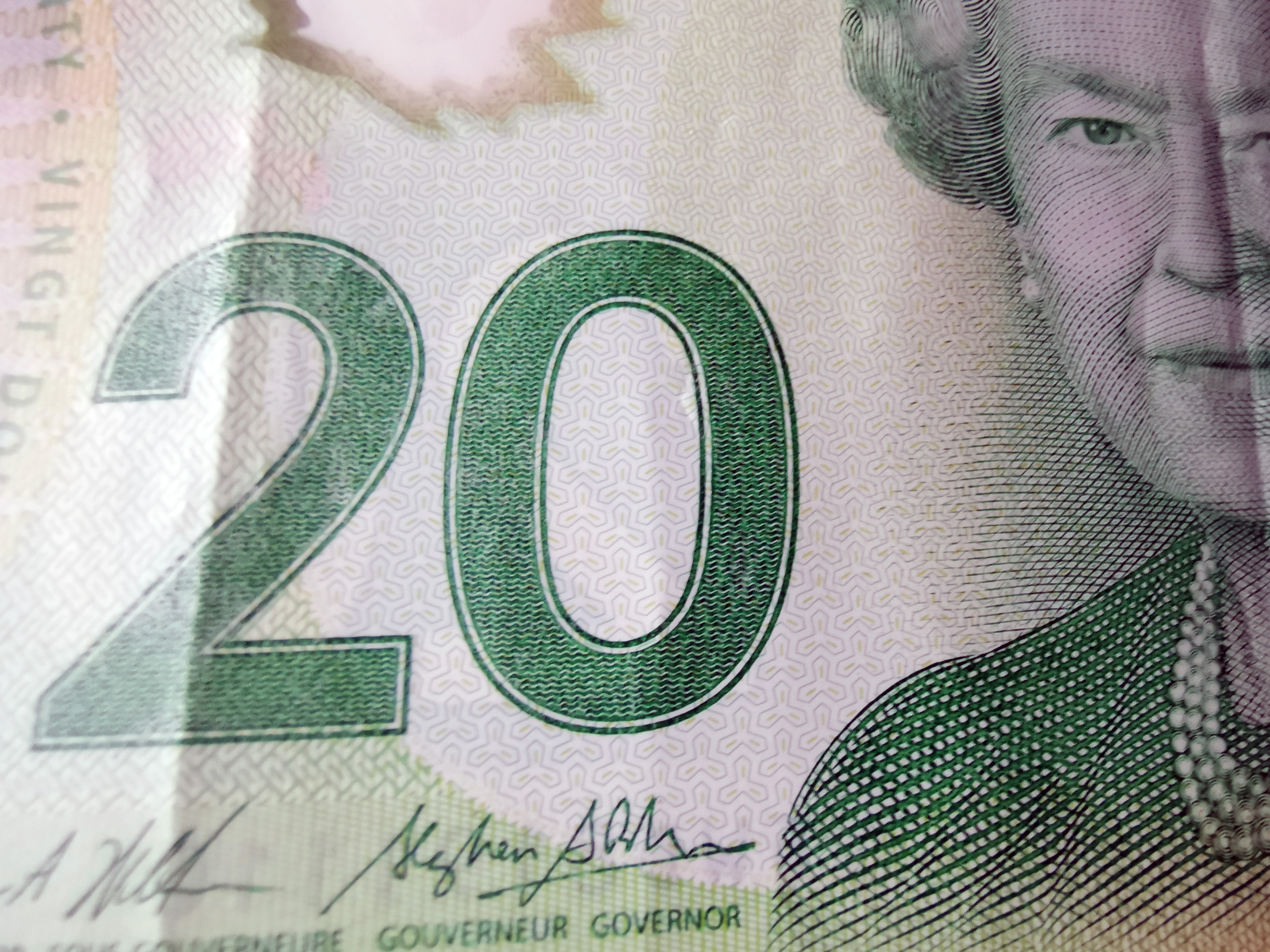 The basic fundamentals that made the P20 Pro such a worthy competitor are back with this handset. That goes from the regular Photo mode, to Pro mode and on to Night mode. With three different focal lengths to work with, plus extras available through settings or other modes, the Mate 20 Pro felt fully loaded.

There’s even a Super Macro mode that kicks in automatically when moving up to 2.5 centimetres from a subject and Master AI is turned on.

There was some bloat here that I found a little redundant, like the Underwater, Documents and Light Painting modes. All of those could be replicated in other modes. For example, shooting in Night mode could produce the same sort of results Light Painting does, like traffic streaks. I didn’t get to test the phone underwater, but I’m not sure how it would be that much better than the Photo or Pro mode would be. 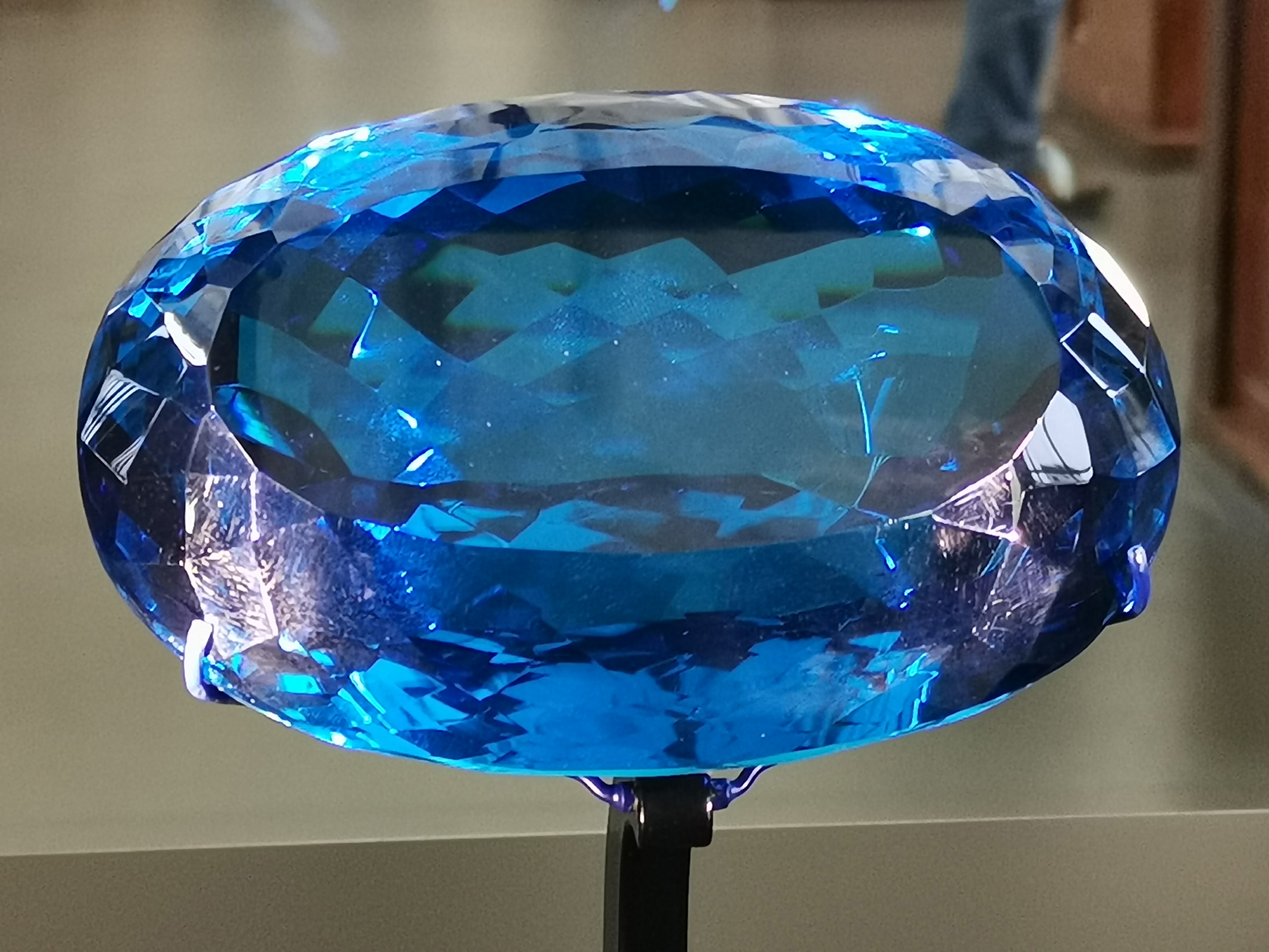 HDR is an interesting one in that it tries to pull out more details in shadows and highlights, except it can be overzealous in doing so. I personally preferred to shoot with one of the other modes and then apply HDR in post-production. Oversharpening continues to be a bit of an issue, but Huawei appears to have gotten the message that it needs to dial it back. I found it less aggressive than in the P20 Pro, though subsequent software updates for that phone have put it more in line with the Mate 20 Pro that way.

While pretty fast at auto-focusing on a subject, the Mate 20 Pro’s camera needs manual help to really get it right. Some images I shot were blurred or out of focus because the auto-focus switched after a little movement.

I’m nitpicking a little here, but it’s mainly because the camera is that good. It’s one of the most versatile I’ve seen on a phone to date, and the level of detail it maintains is excellent in a variety of settings. Day, night, outdoors, indoors, people, animals, architecture — the Mate 20 Pro is reliable.

Pro in the dark 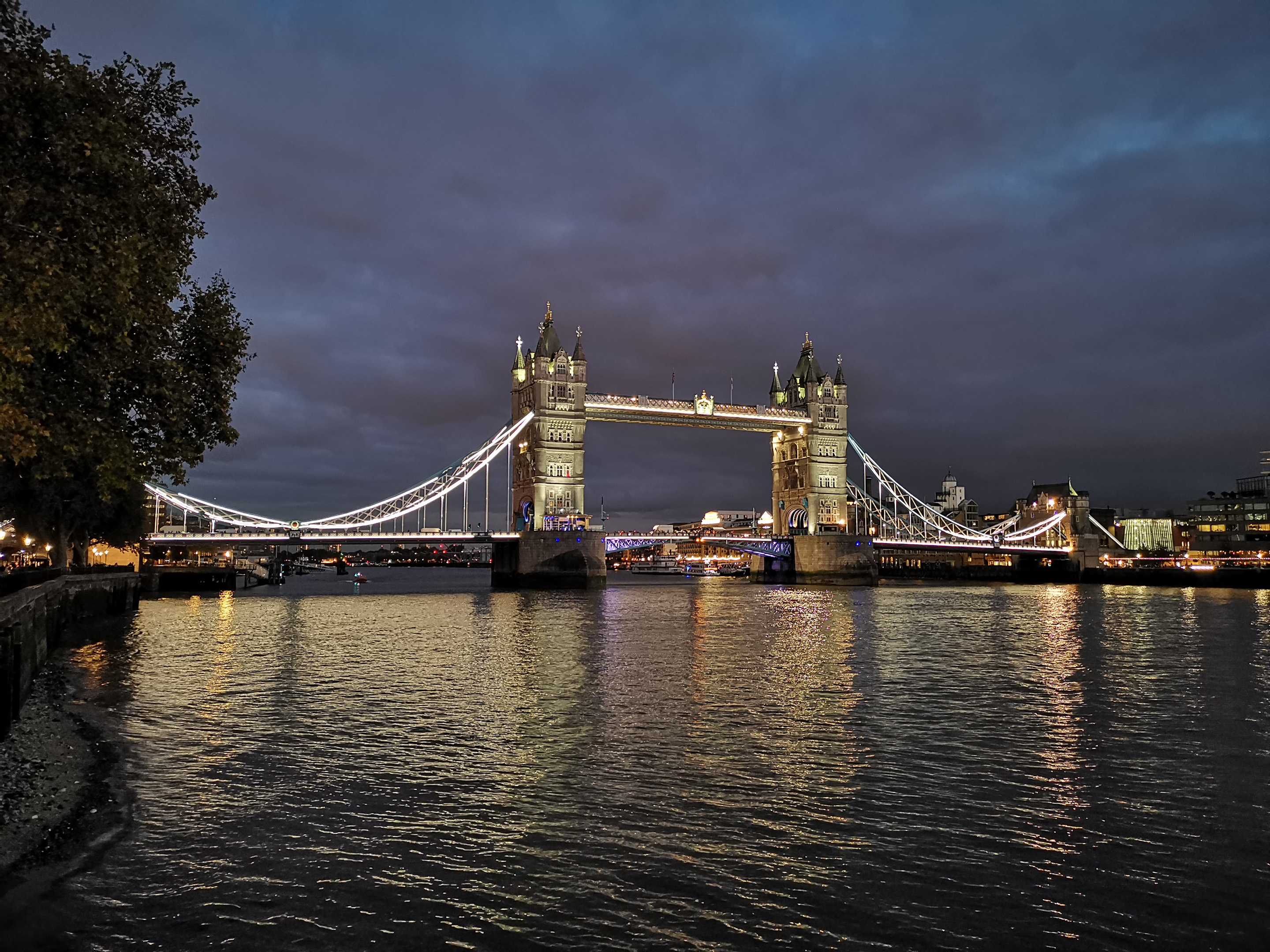 Pro and Night modes were the big standouts. As effective as Photo was, adjusting settings in Pro always helped gain a little more control over a shot, while reducing noise in the process. Not to mention that shooting in RAW is a nice perk.

Night is on par with Google’s Night Sight, producing unreal results. There is some level of manual control in that I could change the ISO and shutter speed of the shot. Plus, I could also stop the image’s processing after pressing the shutter so that the HDR effect isn’t as pronounced. Google doesn’t offer that kind of control with its Night Mode, but the Pixel 3 is no less capable when shooting in the dark.

Even better is that both modes apply to all three lenses. Being able to capture a wider scene without worrying about low-light conditions is liberating for any photographer. The same can be said about the telephoto lens, though the smaller sensor ultimately isn’t ideal for night and low-light shots.

The Portrait mode is better than it was before. Skin smoothing is in effect, albeit with more detail, however.

The bokeh effect is also strong, adding more blur than usual compared to others. Aperture mode is another option for achieving the same thing, carrying on what past devices offered.

AI comes into play with video as well. Huawei highly touted its selective colour feature that keeps a subject in colour while everything else is in black and white. It’s neat in a Sin City kind of way, but it needs work to be efficient. Once focusing is off, the whole scene loses colour, making it tough to capture even moderate movement.

Background Blur is in a similar vein, where the subject’s sharpness might come out of focus if the angle changes. It’s akin to how bokeh effects for still photos sometimes blend the subject and background on the fringes, like with stray hairs, for example.

Otherwise, video is solid. Footage looks good, though I had no interest in the Beauty level slider. That softens the tonality of the scene, which seems to be popular with some people on social media.

You still get to choose between 4K and 1080p with some differences in aspect ratio and resolution, but sadly, there’s no option for 2440p. By default, all clips save in the H.264 codec, with H.265 as another option to save a little on storage without losing quality. 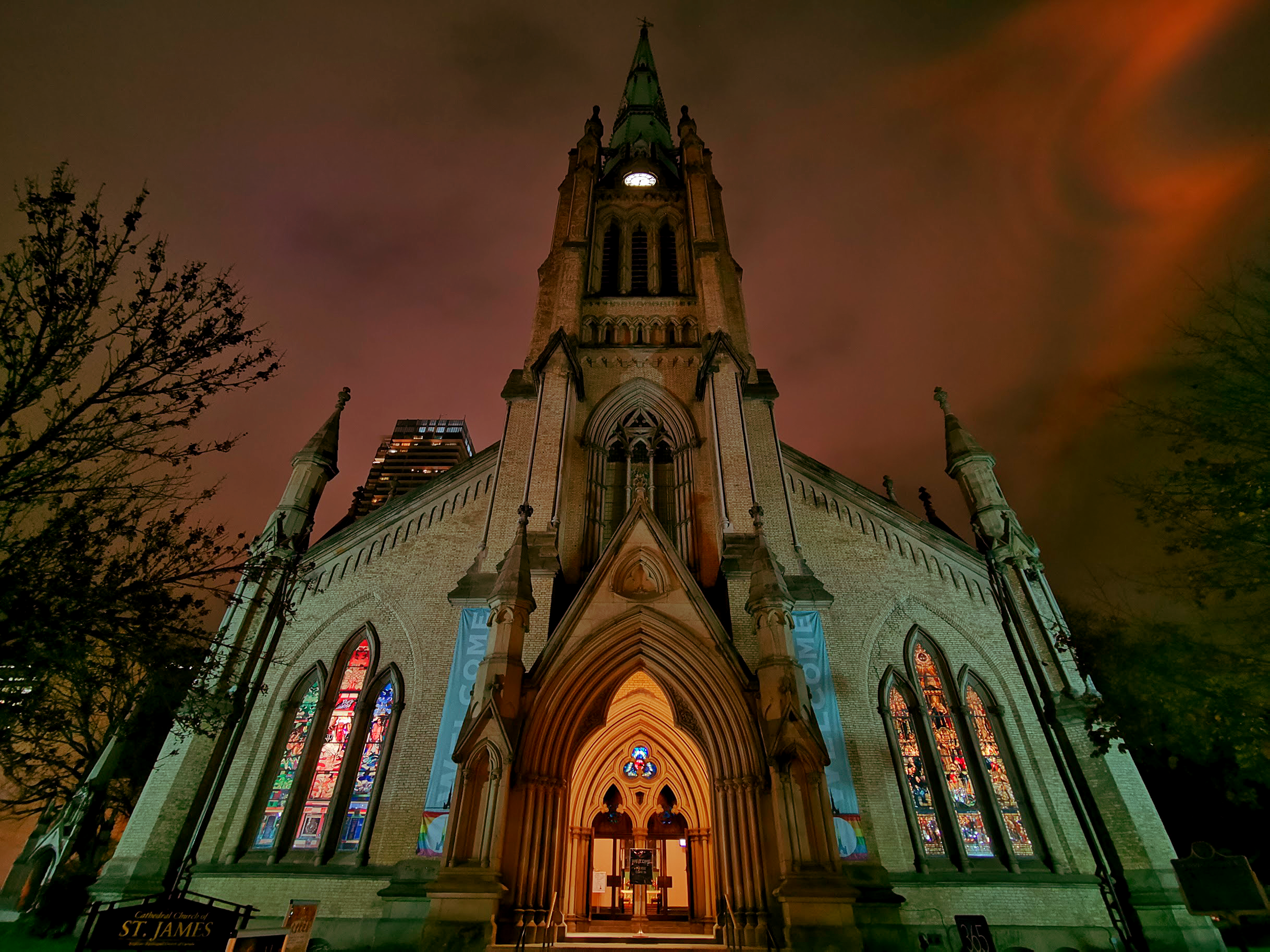 In one year, Huawei has produced two of the best phone cameras of 2018, and there’s enough of a difference between them to negate the notion of the Mate 20 Pro as a copycat.

Yes, there is plenty that’s iterative, but the innovation squeezed in here should be a warning shot to Apple and Samsung that being at the top isn’t synonymous with being the best.

The Night mode outshoots just about everyone except for going neck-and-neck with Google. Image quality is routinely better when viewed by the sum of all the parts the Mate 20 Pro offers. It takes time to dig through it all, but like its flagship sibling, the payoff is well worth it with almost every snap.