Huawei Mate 20 Pro Review: A new challenger for the crown 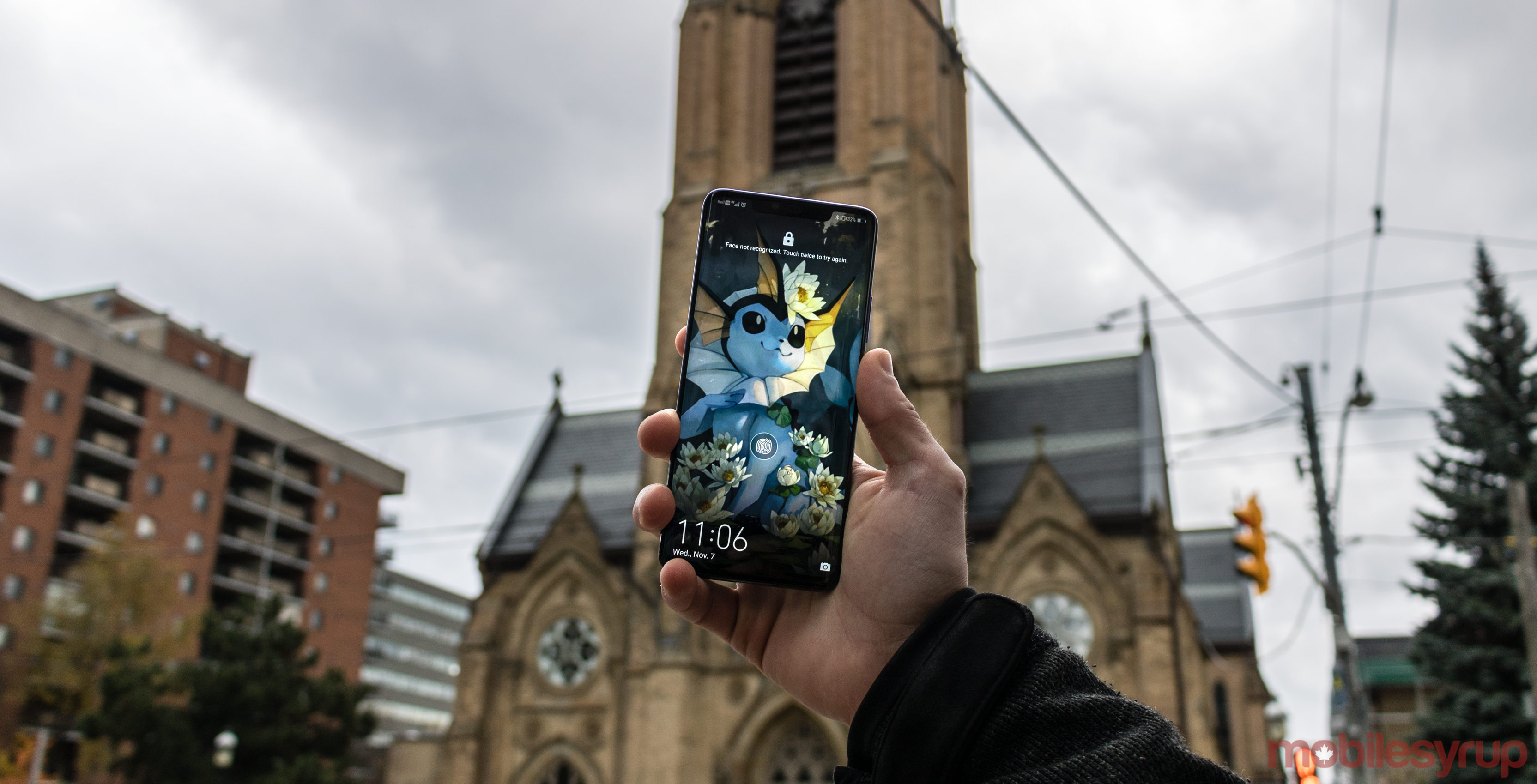 The Huawei Mate 20 Pro has a couple of downfalls, but for the most part, it’s a spectacular smartphone.

Similar to Samsung and LG, Huawei launches two flagship smartphones per year. While the 2018 P20 Pro was a great offer, it couldn’t stand up against devices that came out later in the year that featured better processors, improved displays and better cameras.

Unlike the Huawei P20 Pro, however, the Mate 20 Pro stands out among 2018’s flagship smartphones in so many ways.

For me to consider a smartphone great it needs to succeed in six criteria: design, display quality, camera, battery, performance and user interface.

In all but two of these categories, the Mate 20 Pro is exceptional. 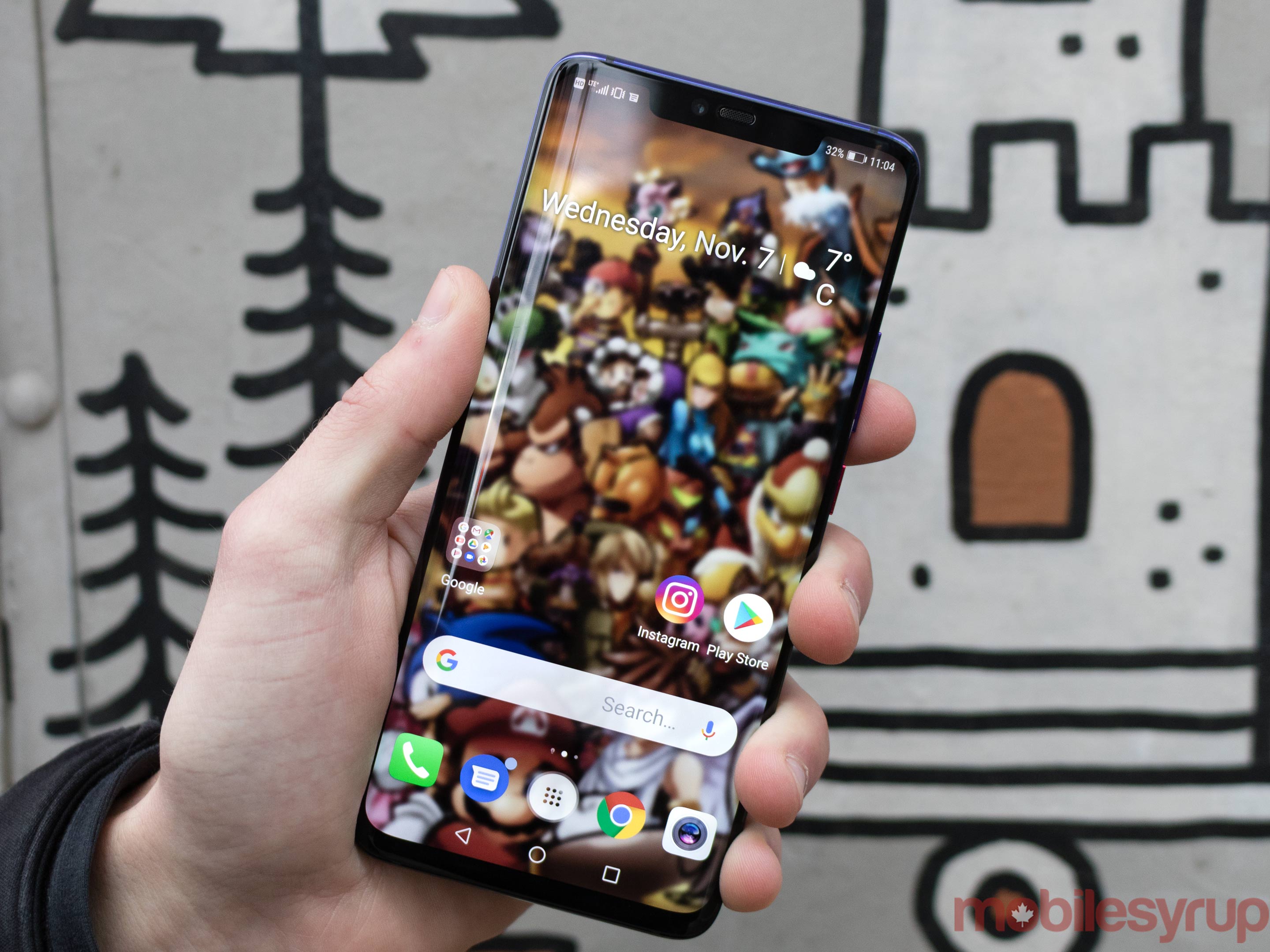 The most notable aspect of the phone’s design is its curved display. With the Mate 20 Pro, Huawei borrowed design cues from the Samsung Galaxy S9’s ‘Infinity Display’ and elegantly combined this aesthetic with the design of the P20 Pro. The curves nearly eliminate the handset’s side bezels, creating the phone’s so-called edgeless display. This device differentiates itself from handsets like the P20 Pro, OnePlus 6T and the Google Pixel 3 XL, phones that all continue to feature some form of side bezels.

After the curved display, your eyes will immediately notice the wide iPhone X-style notch. The Mate 20 Pro’s camera cutout is broader than the P20 Pro’s, but this design decision is not without purpose. Huawei has added more hardware to the notch allowing it to more accurately detect the user’s face, even in the dark. The phone also features a minimal bottom chin, improving on the P20 Pro’s bottom front facing fingerprint sensor.

The rear of the device features a square-shaped triple camera setup, with a LED flash and Huawei’s logo at the bottom. 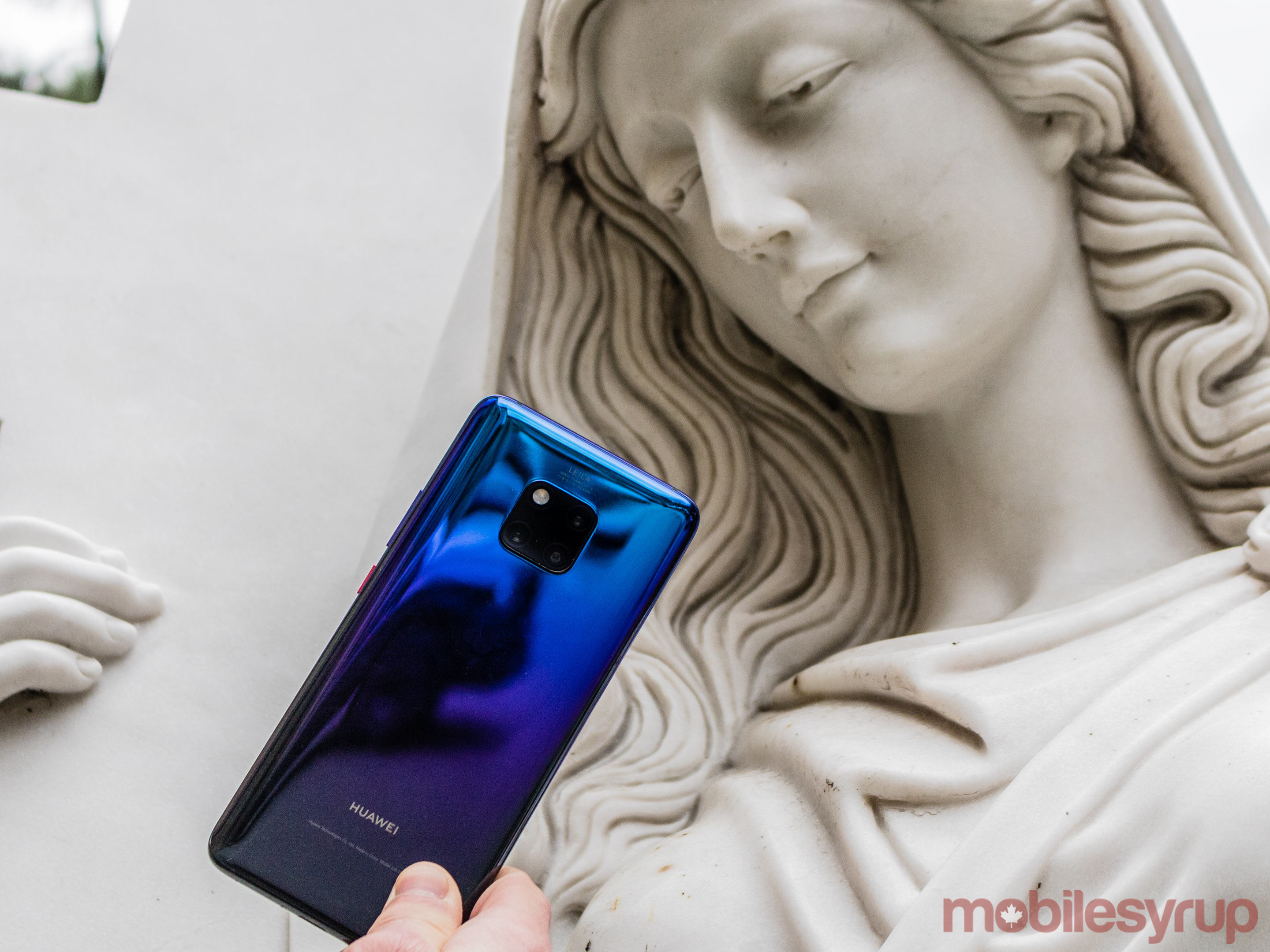 Overall the Mate 20 Pro feels like a solid device thanks to its sturdy build quality. Its 189g (0.4lb) weight isn’t heavy like the Samsung Galaxy Note 9 and isn’t too light like the OnePlus 6. Instead, it’s nearly perfect.

The Mate 20 Pro could shed a couple of grams putting it more in line with the 184g Pixel 3 XL. However, the phone is close to the ideal weight.

The device’s 19.5:9 aspect ratio gives it a tall body that allows for more comfortable one-handed usage, at least for my medium-sized hands. With its 6.39-inch display and slim bezels, the phone has an 87.9 percent screen-to-body ratio, which beats all other phones officially available in Canada.

All in, the Mate 20 Pro sports outstanding craftsmanship, even with its lack of 3.5mm headphone jack. 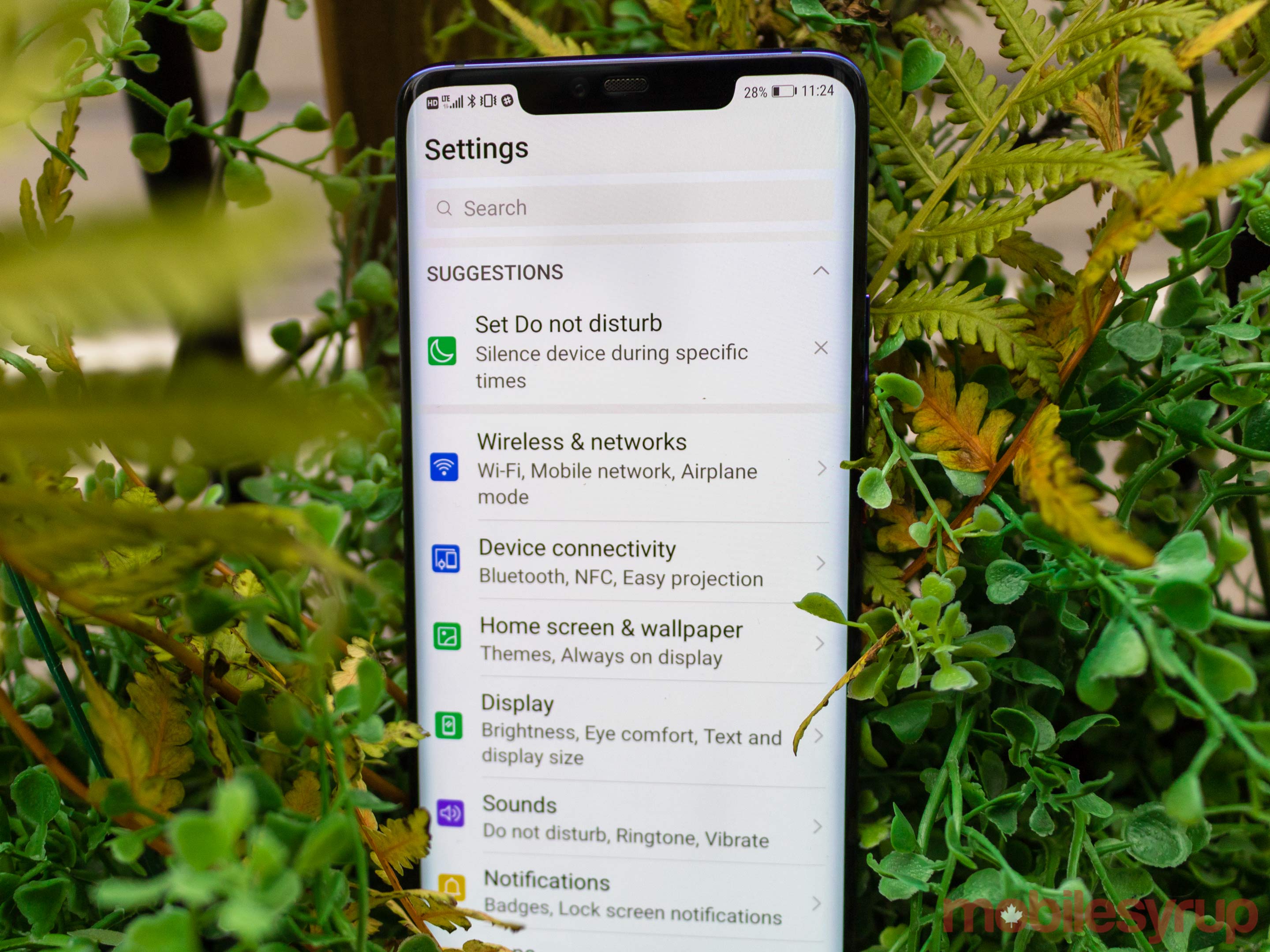 The Mate 20 Pro features a 6.39-inch curved OLED HDR-capable display with a 1,440 x 3,120 pixel resolution and a 538ppi pixel density. Next, to the LG G7 ThinQ, the phone stands out as having the highest pixel resolution of all 2018 flagship smartphones available in Canada.

Granted I’m not the biggest fan of OLED panels; I tend to find them on the cooler side regarding colour, and they give me headaches sometimes. It’s something I also noticed on Samsung’s Super AMOLED display. Luckily, similar to Samsung, Huawei offers users the option to customize their panels to how exactly they see fit. The phone includes the option to turn on a ‘vivid mode,’ resulting in the screen becoming more vibrant. It also includes the option to change display colour temperature, which allowed me to adjust the display to my exact liking. 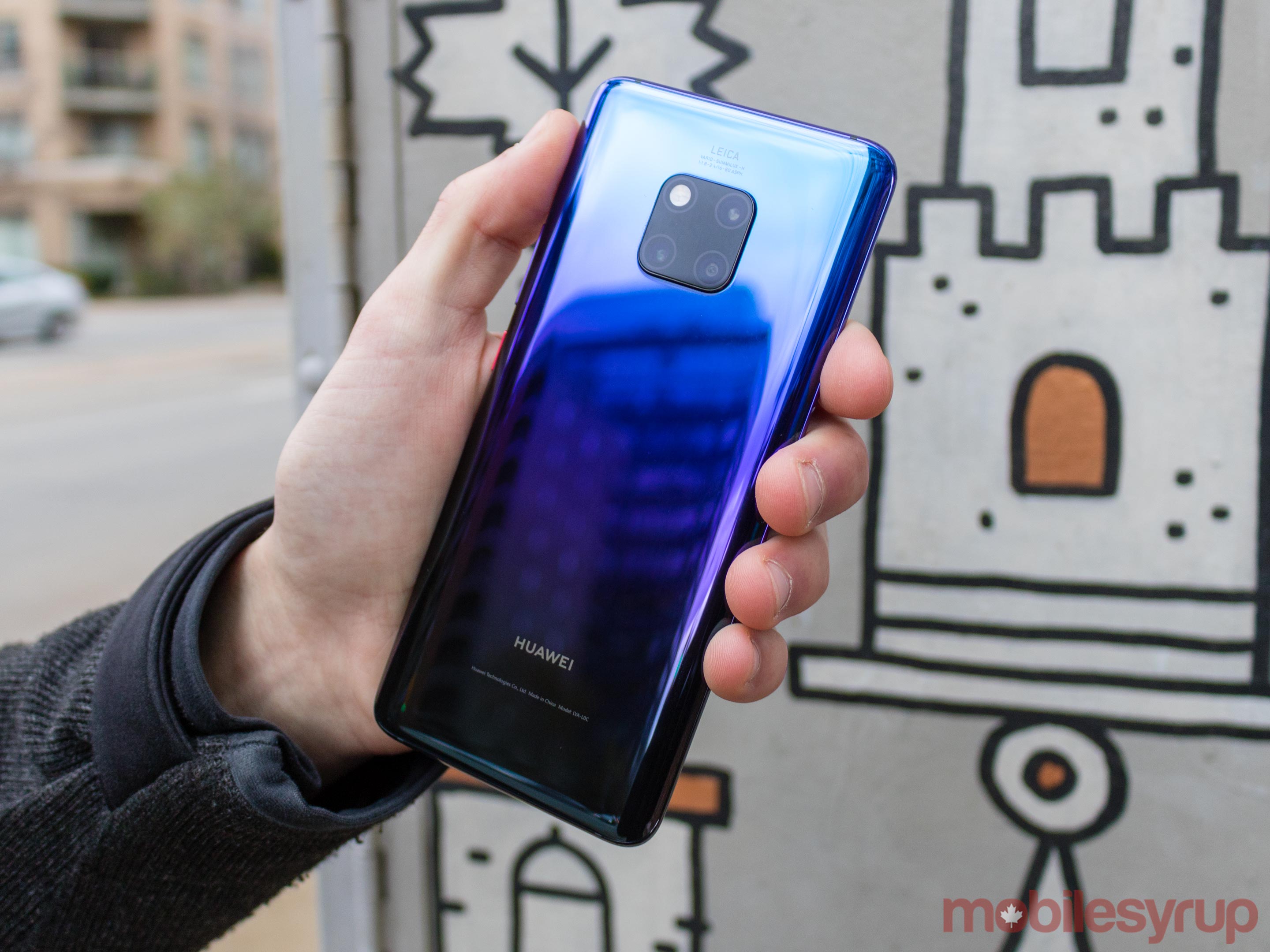 With the curved display, both YouTube and Netflix videos are incredibly immersive. While not three dimensional, it’s clear why Huawei calls the Mate 20 Pro’s screen a 3D curved display. Similar to the Pixel 3 XL, the phone supports Mobile HDR with DCI-P3 wide-colour gamut support. The colours are lush, vibrant and comparable to the iPhone XS’ display.

The phone lacks the HDR10 and Dolby Vision high-dynamic range, however.

There is some colour variation near the curve, but that’s become typical when using a phone with a curved display and is a feature that’s also standard when it comes to Samsung’s curved handsets. It’s something I’ve always find tad annoying, but it’s not noticeable when the phone is displaying anything other than pure white.

Similar to the Mate 20 Pro’s design, the display is quite impressive. This is another category where the Mate 20 Pro does not fall short of being exceptional. 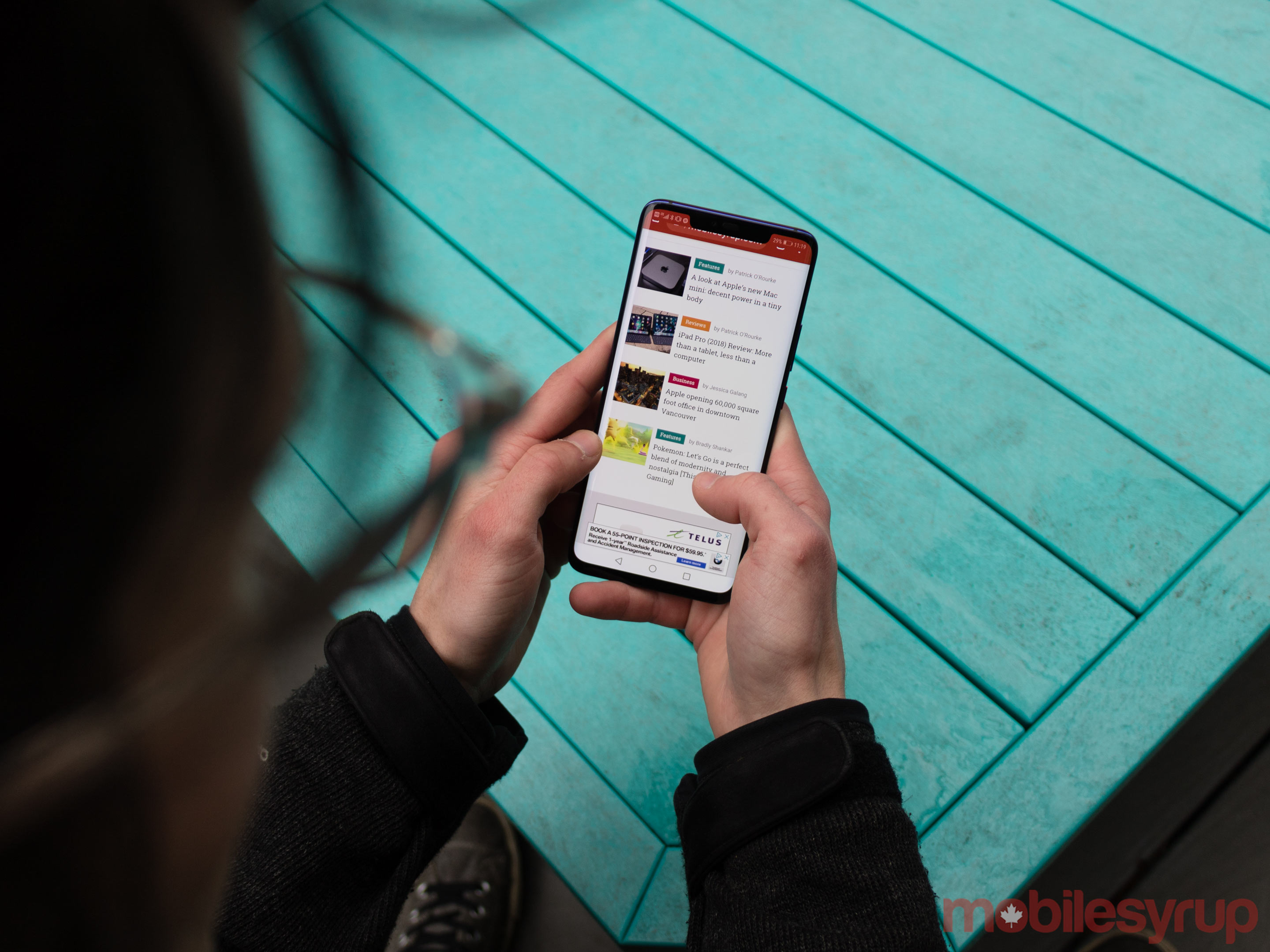 The Mate 20 Pro is a powerful and snappy handset. I’ve been quite impressed by the phone’s performance and how it’s able to handle any task I’ve asked of it. The phone is capable of powering multiple apps simultaneously without any slowdown or hesitation and runs buttery smooth when switching between apps.

Additionally, I played two full games of Player’s Unknown Battleground (PUBG) for mobile without lag, and surprisingly the phone only got a tad warm and was still very comfortable to hold. 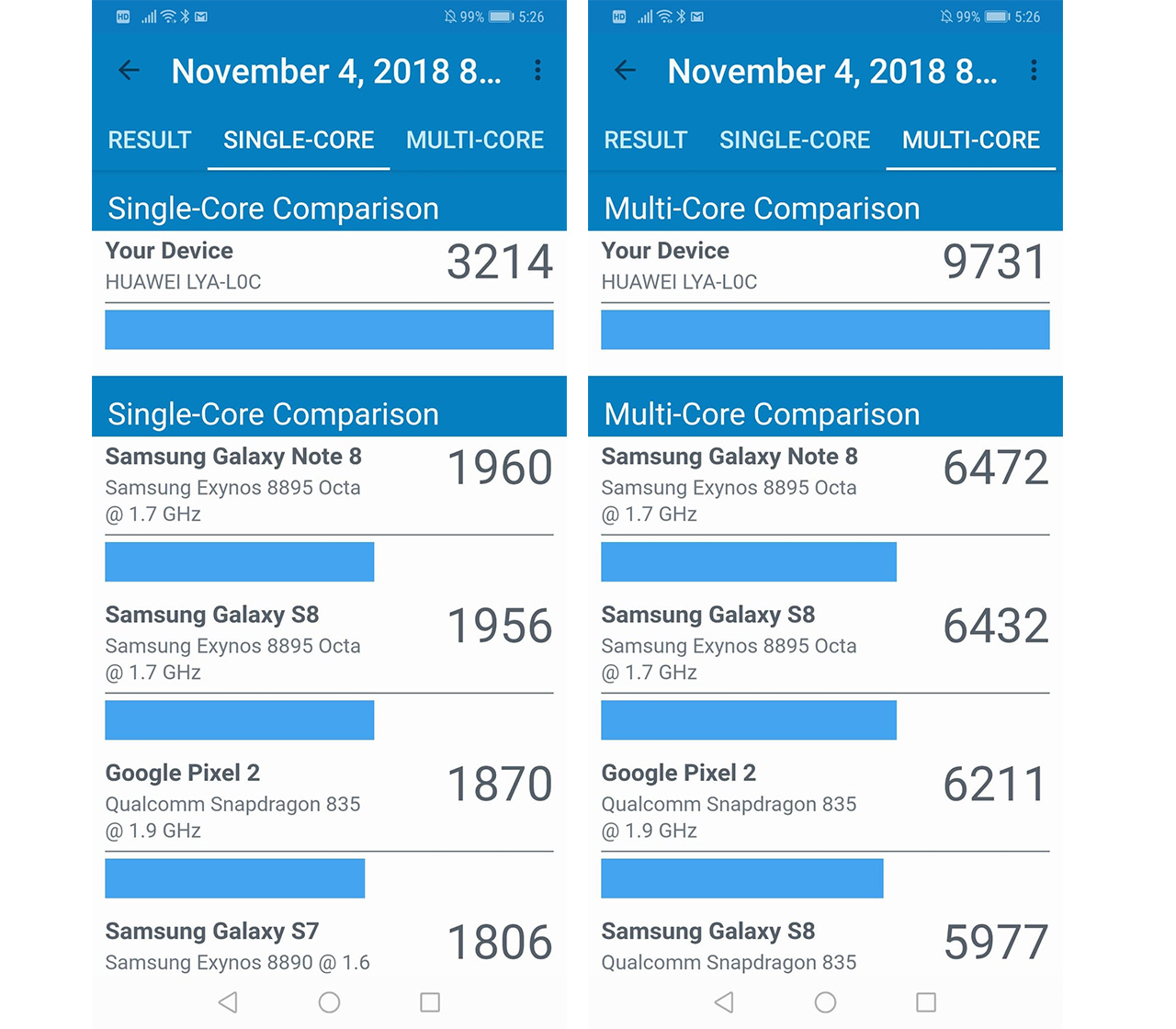 Moreover, in a side-by-side comparison with the Google Pixel 3 XL, I found most apps opened quicker on Huawei’s latest flagship. Nearly all apps except for Netflix opened and launched almost immediately.

The Pixel 3 XL, however, ended up loading apps a few seconds slower than the Mate 20 Pro. 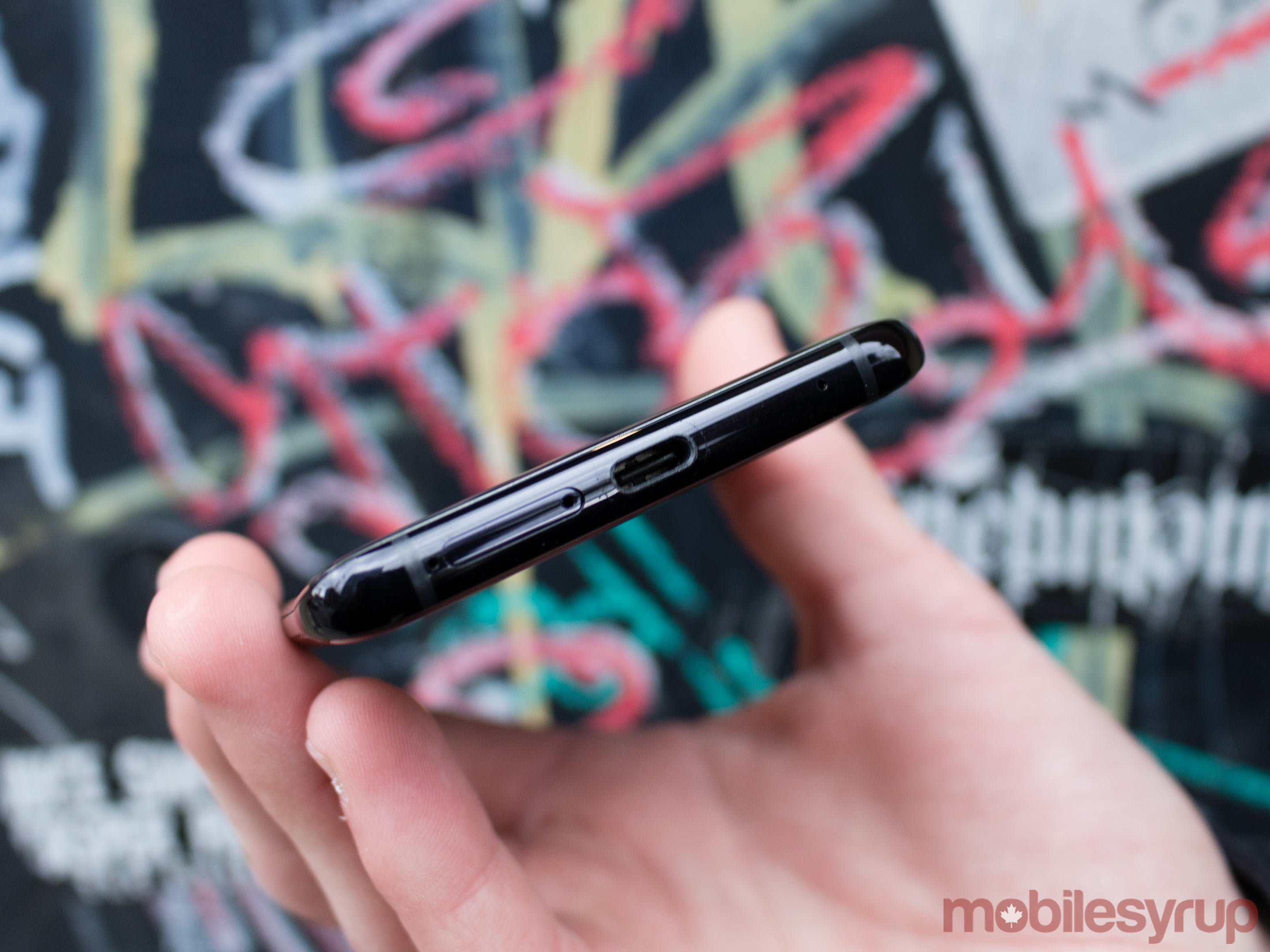 With average usage, including listening to music, texting, taking a lot of pictures, using Instagram and such the phone can easily last more than 30 hours. In that type of scenario, the Mate 20 Pro can work through an entire day, starting at 7am in the morning and last through until the following day at 1pm.

With more intense usage, including 30 minutes of listening to music on Google Play, an hour of listening to music on YouTube Music, an hour of Netflix, 30 minutes of videos on YouTube, as well as hours of browsing Instagram and Facebook, the phone lasts from 8am in the morning until 3am the following morning. This included almost seven hours of screen on time. 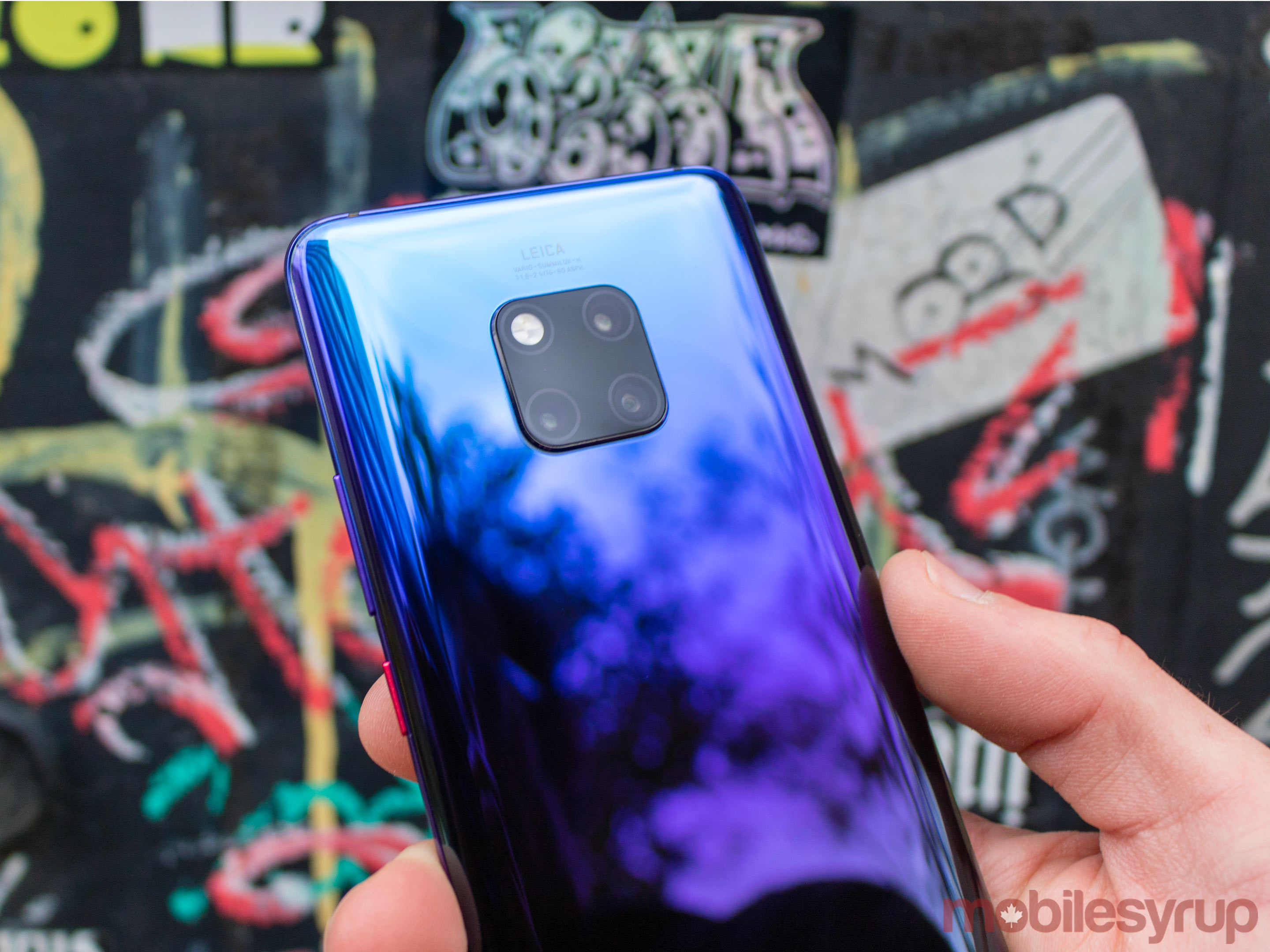 Additionally, I noticed with cellular data and Wi-Fi on in the background, the phone loses about one percent per hour, which is equivalent to 100 hours of standby time.

Last but not least, the Mate 20 Pro can charge other Qi wireless compatible devices. While it’s an exciting feature, I didn’t find reverse charging particularly useful. While charging a Pixel 3 XL on the Mate 20 Pro, the phone would lose two percent of battery power for every one percent the Pixel 3 XL gained. Further, it charges other devices very slowly due to its 2.5W output.

Reverse charging is somewhat gimmicky but paired with quick charging times, and being long-lasting, the phone’s battery life is phenomenal. This is just another way the Mate 20 Pro is exceptional. 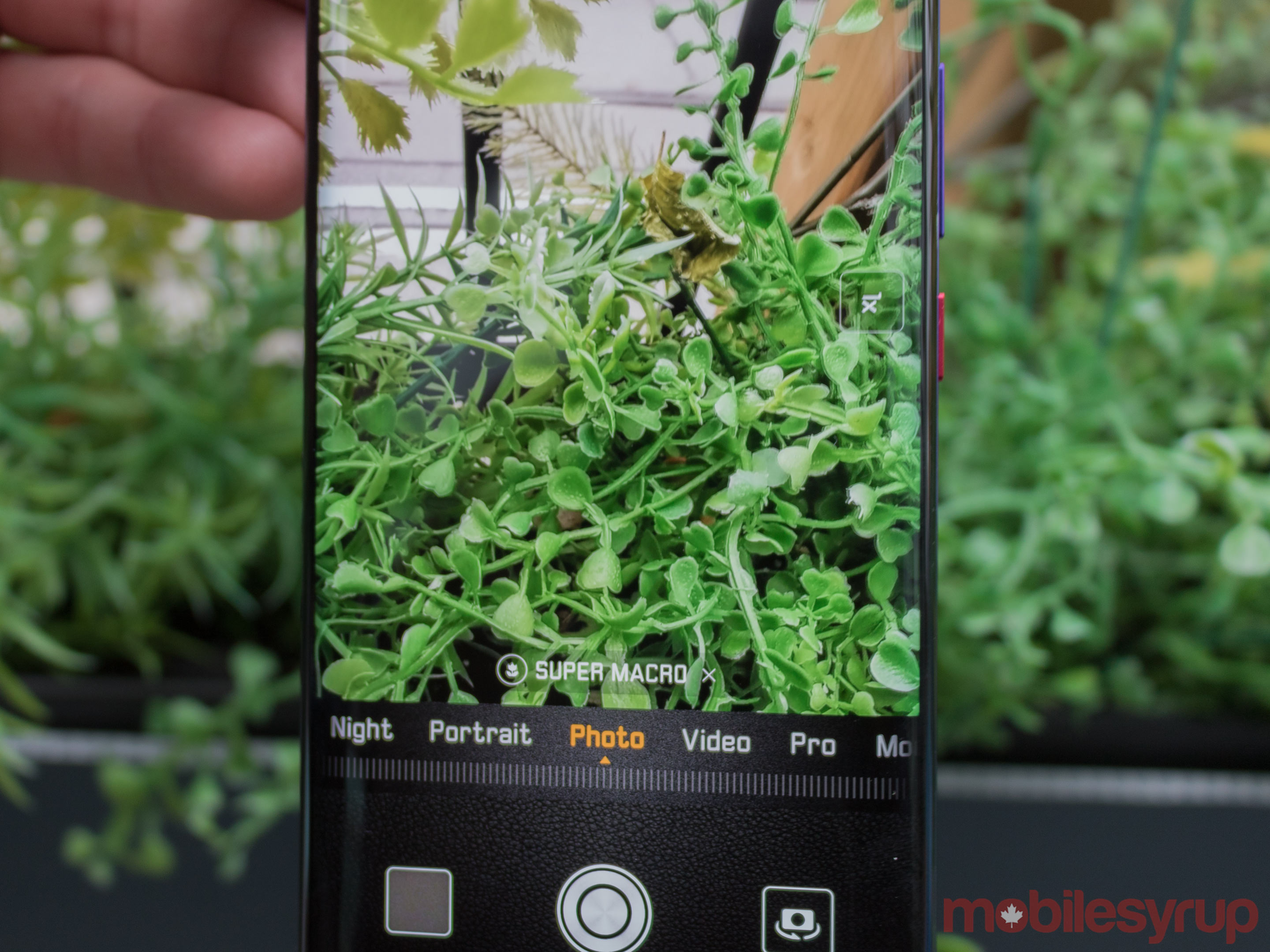 With its ‘Master AI’ — which Huawei says can recognize 1,500 scenarios from 25 different categories — the phone can detect different scenes and adapt its settings. When I went to take photos with the Mate 20 Pro, it would recognize when I pointed the camera at subjects like flowers, clouds and even historic buildings.

The Mate 20 Pro features a 24-megapixel wide angle lens that offers the opportunity to get a lot more in the frame. The camera works for ‘Super Macro’ photos when positioning the phone within 25cm of a subject. This feature works wonderfully, and I was able to get detailed pictures of flowers with the accurate colour depiction.

Similar to the P20 Pro, the Mate 20 Pro includes a nighttime camera mode. This functionality uses the phone’s high ISO setting to take brighter images at night. Some of the shots I took with this mode ended up lacking detail and sharpness.

For the most part, however, the Mate 20 Pro does an excellent job at brightening up these darker images.

Similar to the P20 Pro, the phone can add depth-of-field bokeh to a shot. These pictures keep the user in focus and do an excellent job of accurately recreating colour adjusting the lighting of the scene.

Unfortunately, on closer inspection, these pictures often look overly soft and unnatural. On top of that, the phone will automatically fix the white balance in the room, which, looks great, but is again not 100 percent natural. 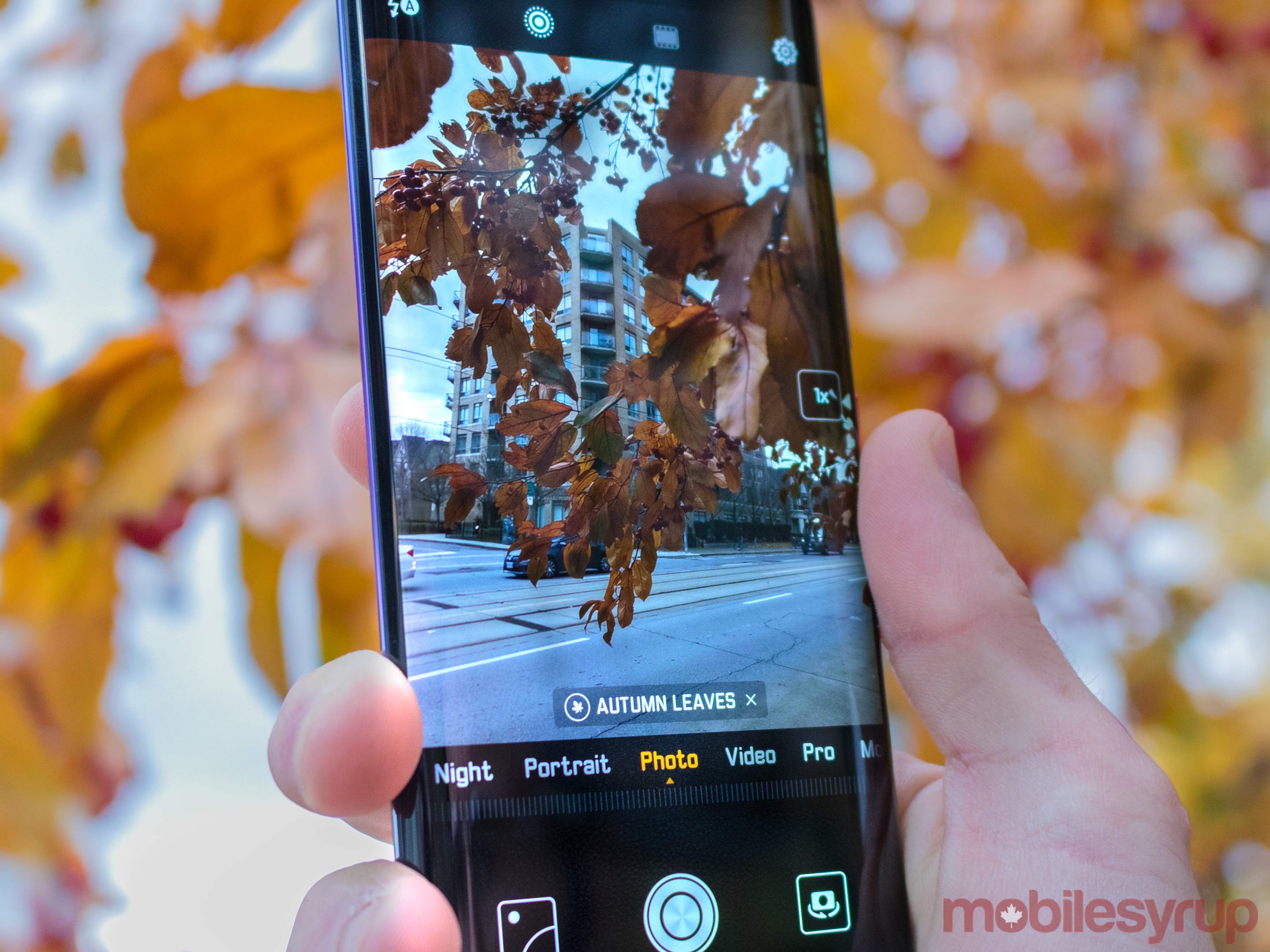 Selfie-wise, the phone’s camera is somewhat lacklustre. While pictures are clear, I find that the camera will lighten up my face, no matter what I do. Thankfully, Huawei has added the option to select skin tones, allowing the software to better adapt to the user’s face. Additionally, the phone overexposes the background of the picture losing any of sense of what’s behind me. Even in lighting creating by fluorescent lights, the Mate 20 Pro continues to overexpose the environment, sometimes causing an awkward bright light behind the user.

Oddly enough, the P20 Pro’s selfie camera is better as it doesn’t overexpose the background and looks more natural.

With an uninspired selfie shooter, I’d say in the camera category the Mate 20 Pro camera sensors fall short of being outstanding. That’s not to say the phone has a lousy selfie camera, however, but when comparing the device’s front-facing camera to the Pixel 3 XL and the iPhone XS, the Mate 20 Pro’s isn’t quite as good. 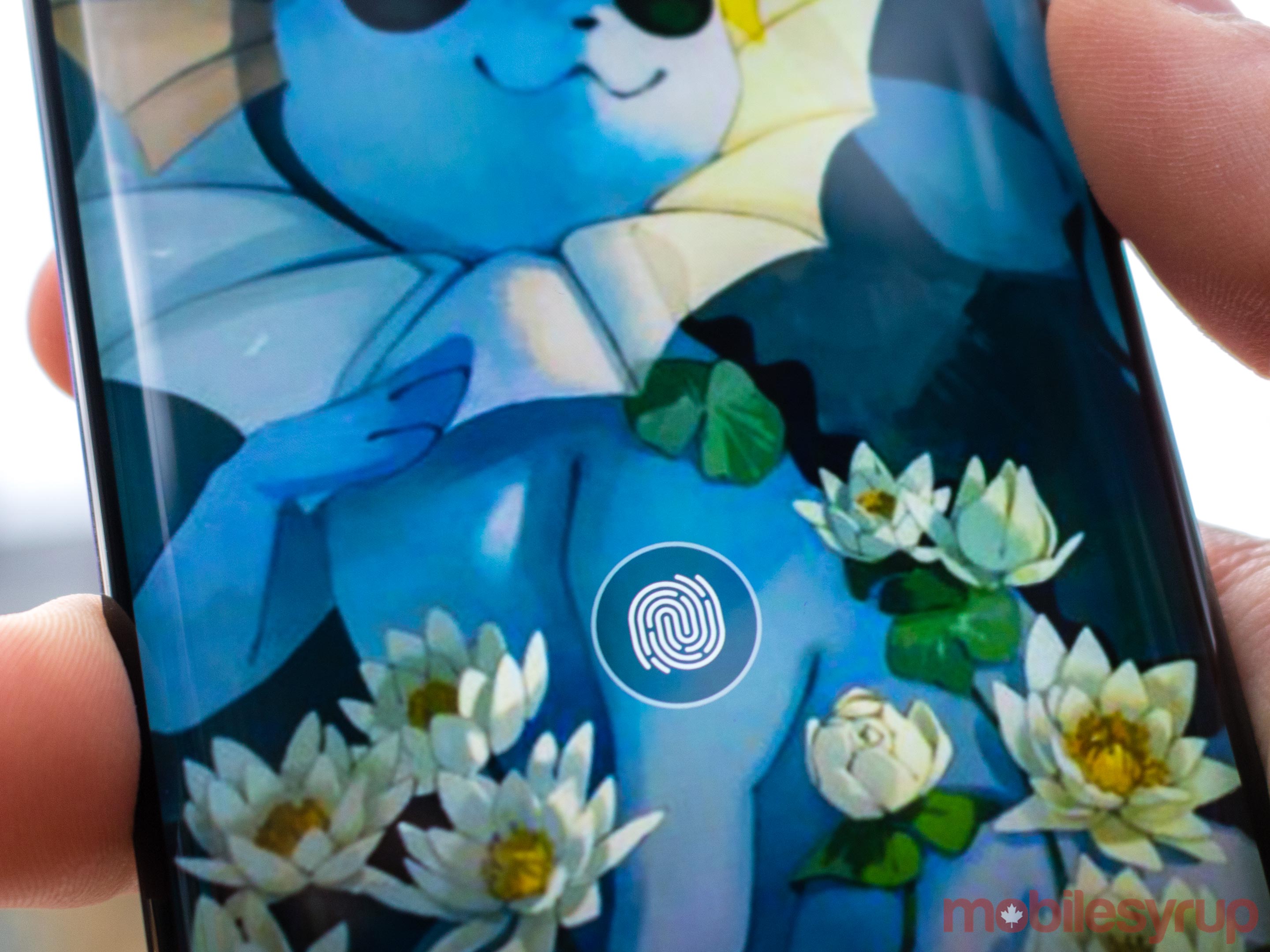 First and foremost, the Mate 20 Pro in-display fingerprint scanner works quickly. When a user pushes down on the part of the display where the fingerprint sensor is located the phone will immediately unlock. While the feature is at times finicky and requires multiple attempts to recognize my finger, so does a regular fingerprint scanner, at least in my experience — I usually register the same finger twice on a device so that a phone can more accurately detect my finger.

Alongside the fingerprint scanner, the phone features face scanning technology that unlocks the phone almost instantly every time. Comparing it with the iPhone XS Max, the phone unlocks just as quick. Sometimes before even getting the opportunity to place my fingerprint on the sensor, the device is already unlocked.

Unfortunately, you’re unlocking the device to EMUI 9.0, an Android skin full of bloatware. Similar to previous versions of EMUI, the Mate 20 Pro comes with a lot of Huawei’s proprietary apps that you can’t get rid of or hide. Granted EMUI 9.0 is definitely cleaner than the previous version of the UI, with a somewhat simpler ‘Settings’ menu.

In a confusing design decision, even with Android 9.0, you don’t swipe up to reveal your App drawer, but you still have to tap on the app drawer button. 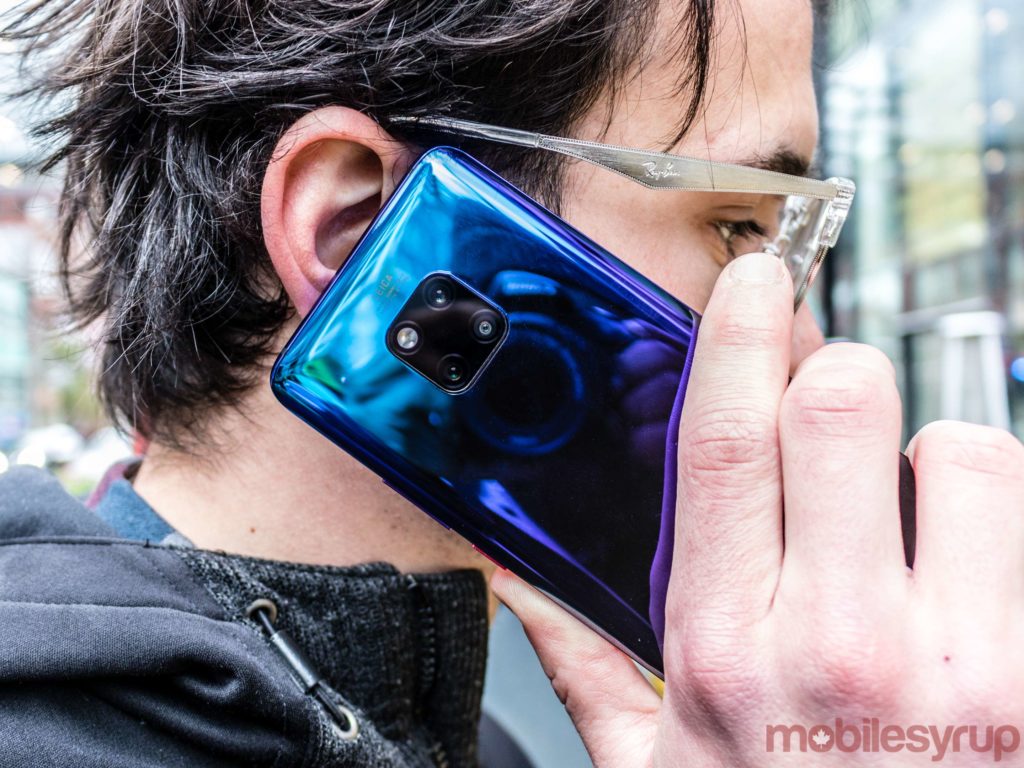 Gestures with EMUI work the exact same as they do with the iPhone X or XS, just with the added use of the phone’s curved display. Swiping up quickly brings the user home, swiping up and holding replaces the square ‘Overview’ layout and swiping from the edges brings the user back to the previous page.

Using the back swipes felt oddly satisfying. The issue I found with the gesture navigation was navigating to the home screen and using the recent apps. In some cases, the phone would register home as recent apps and open the Overview layout.

You still have the choice however to use the standard on-screen navigation buttons which gets rid of the aforementioned lag.

The Huawei Mate 20 Pro is a performance phone with a beautiful display, great design, long-lasting battery and a great rear-facing camera. While I wished the device featured a better UI and selfie camera, I was quite impressed with the handset and it's definitely a contender for 2018’s best smartphone.

While the phone has flaws, Huawei's latest flagship is in the same league as great smartphones like the Google Pixel 3 XL, the iPhone XS and Samsung's Galaxy Note 9. Though the phone's UI can use some work, the device's hardware is delightful and helps classify the Mate 20 Pro as a premium handset.