Huawei P10 and P10+ camera is a serious contender 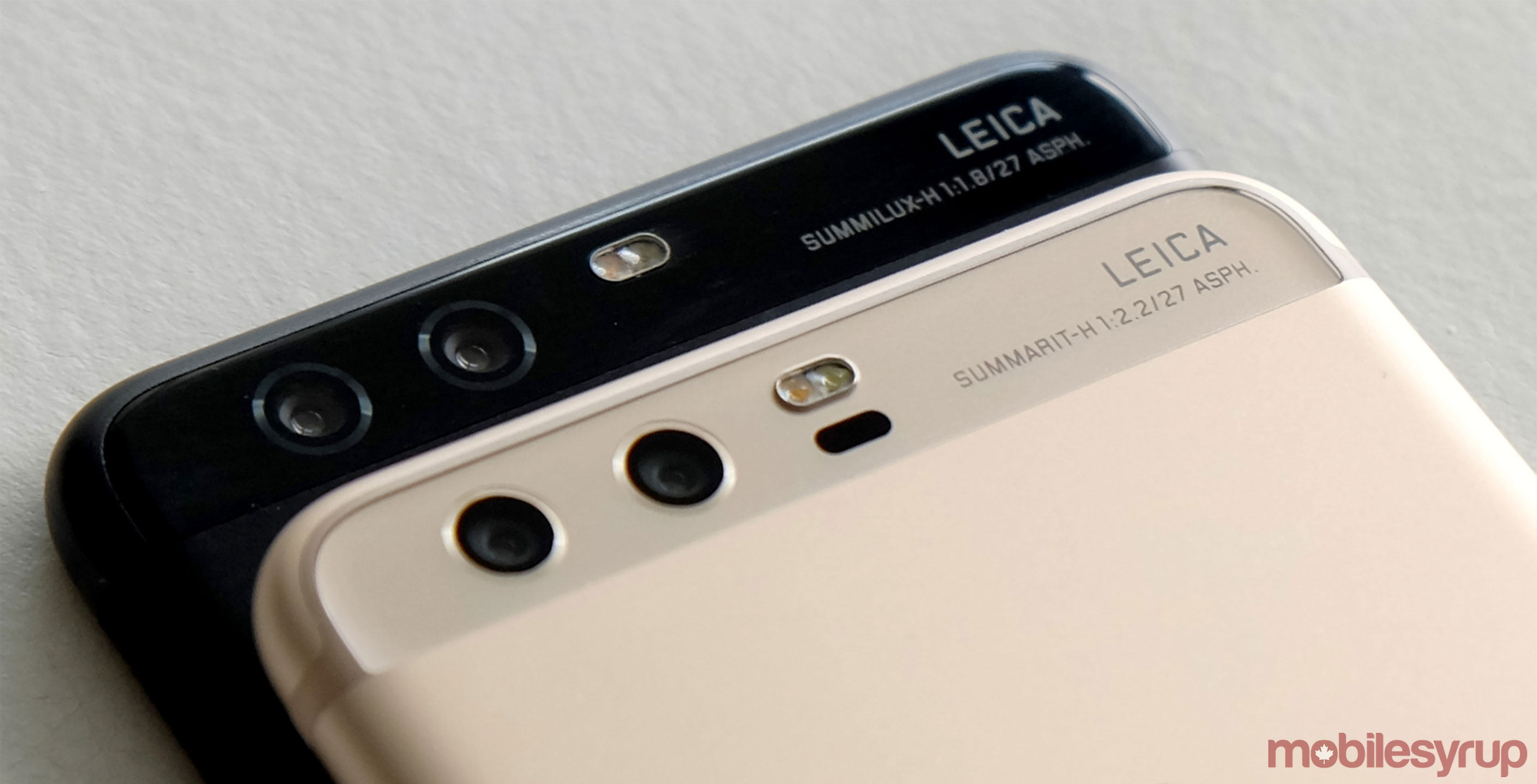 Everyone loves an upstart or underdog that seemingly comes out of nowhere to topple the favoured contender. Huawei finally launched a pair of flagship phones in Canada, and in so doing, may have one of the best cameras available this year.

The company’s P10 and P10 Plus are the premium devices that would best show what it is capable of. Wisely, Huawei chose to play up camera performance, suggesting it had a competitive shooter worthy of a flagship.

Hauwei joined others in the market with dual rear lenses when it launched the P9, which never came to Canada. Teaming up with a storied photography brand like Leica was a sign it was serious about its camera, and the potential seen there has now been honed with its latest duo.

The gimmickry isn’t totally gone, mind you, but the modes and features that matter performed better than I expected. If software updates could improve upon the existing foundation, the P10 and P10 Plus may truly have something special.

The P10 and P10 Plus both have the same Leica Dual-Camera 2.0 setup, save for a couple of key differences. The P10 Plus has the new 20-megapixel Summilux-H lens with an f/1.8 aperture, compared to the 20-megapixel Summarit-H f/2.2 aperture lens on the P10. In low-light, this disparity is most obvious, but it also shows in depth of field too.

That the 20-megapixel lens uses a separate monochrome sensor adds to the light sensitivity. Since the sensor doesn’t have to read RGB light, Huawei says it can capture twice more light. Shooting in monochrome this way is also supposed to be considerably different than shooting in colour and then converting to greyscale. In an age of endless filters and effects, those conversions can certainly be tinkered with, but I digress.

Black and white photography has been all but ignored by other manufacturers, so it’s understandable someone would try to fill that void, except the question was really whether Huawei could deliver something of value. 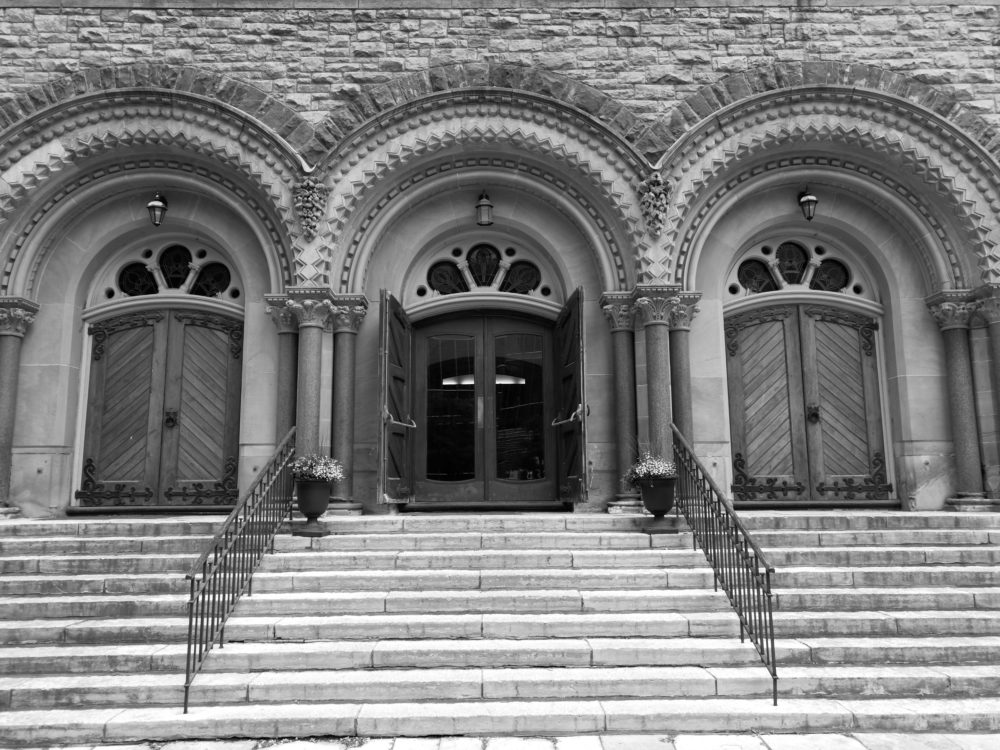 The respective 12-megapixel colour sensors in either model prove capable in most lighting situations, with optical image stabilization (OIS) helping the cause. The one drawback is the 1.25 micron-pixels. The Pixel and Pixel XL have 1.55, while the Galaxy S8 and S8+ feature 1.4; the iPhone 7 and 7 Plus features 1.22. It’s a number most people won’t care to know, but it does have an impact when shooting in low-light.

Huawei may have overdone it with the number of shooting modes available here. Photo, Pro, Monochrome, HDR, Panorama, Night shot, Light Painting, Filter, Watermark and Good Food round out the photo options. Video, Time-lapse, Slow-mo and Audio note are there for shooting footage. 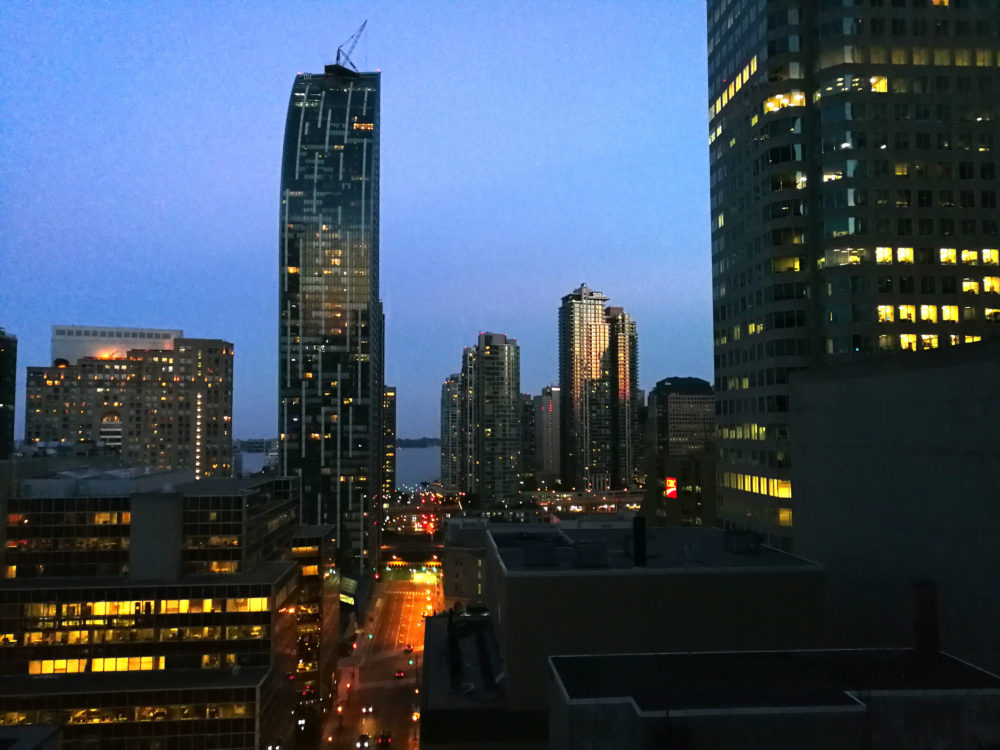 I’ve noted it in other reviews, but it bears repeating: to glean a phone camera’s optimal results, it’s necessary to shoot in manual. Huawei calls this Pro mode, and it applies to both the RGB and monochrome sensors. In a smart move, the company elected to make it easy to access Pro by simply swiping it in from the right on the camera interface.

As in other cases, the same manual controls are available: metering, ISO, shutter speed, exposure, white balance and autofocus. Each is adjustable through a slider that is reasonably good and responsive, making quick adjustments easy. Like in those other instances, ISO and shutter speed are the two standouts for shooting in Pro with the P10 and P10 Plus.

It doesn’t hurt that both phones benefit from a more natural bokeh effect, even if there’s software helping to make it happen. Huawei added an Aperture mode, accessible on the left sidebar, for the purpose of shooting objects a little closer to blur more of the background. It works well, creating an impressive DSLR-style image, and it applies to auto, Pro and monochrome. 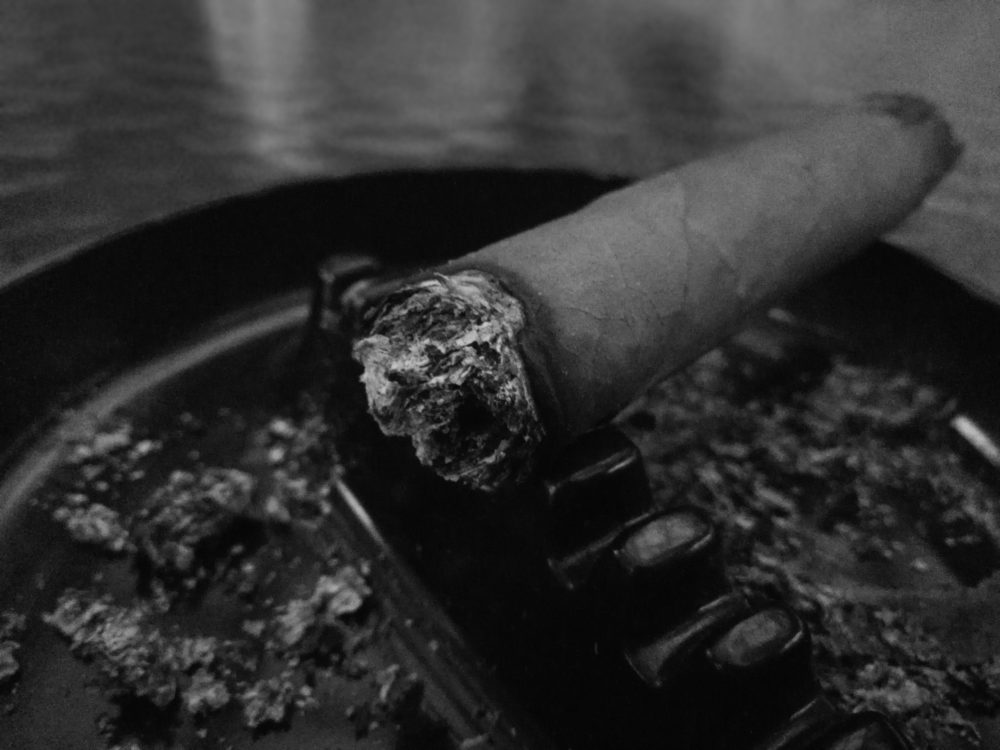 The key here is that both lenses work simultaneously to produce a single image, with the monochrome sensor helping capture more light and detail. But that is off by default. Getting it working requires swiping to the settings and switching the resolution to 20-megapixel from 12-megapixel. Both phones will also save Pro images in RAW for better post-processing control.

The fast focusing does help, even if it isn’t as quick as Samsung’s Galaxy S7 and S8 devices. Honing in on a subject was fast, and the P10 Plus, especially, seems well-suited to capturing close-ups. The challenge is in shooting a moving object. Locking on autofocus is always an option, but at least there is a way to experiment with that in Pro mode.

Both phones are very good in auto, though tend to play it safe, just like others do. A well-lit daylight setting will come out clear, yet slightly overexposed. Dialing it down in Pro leads to better contrast and composition. If I was in a pinch and wanted to shoot something in really bright sunlight, I might also consider the HDR mode to balance things out.

Not in living colour 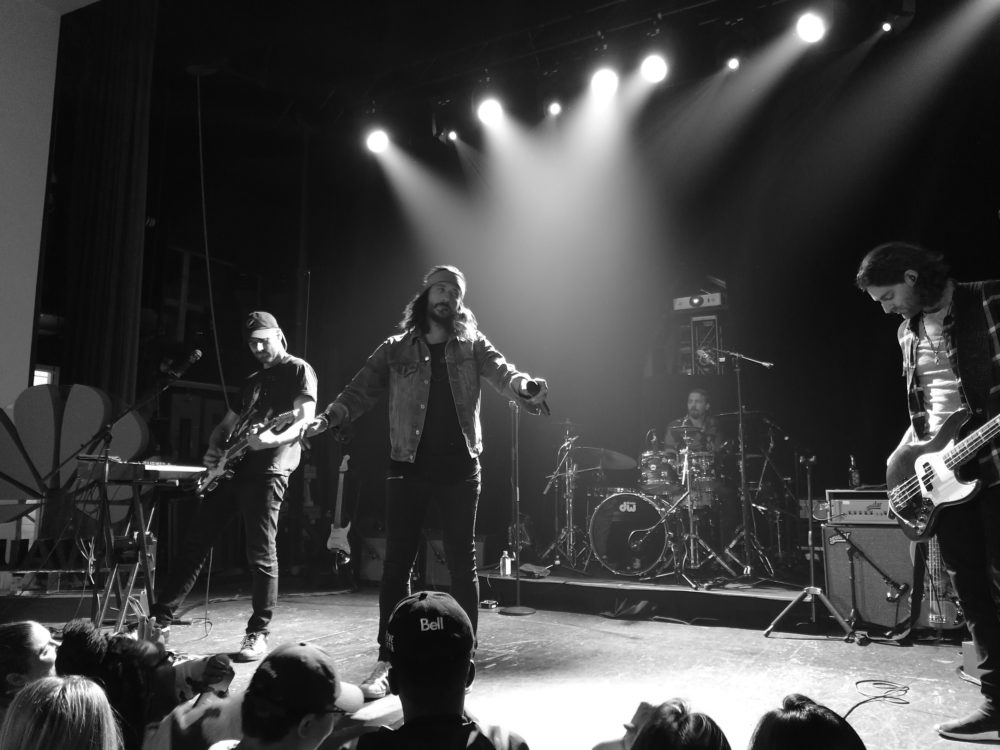 There is something inherently different about black and white photography that can make a mundane image look more interesting. If you’re into moody photos, the monochrome mode is made for you.

Contrast is a little skewed, and despite taking in more light, it doesn’t work extremely well in low-light situations. That’s partly because of the lack of colour, but also because the contrast swings too far, darkening most of the shot. Using a tripod and playing with the sliders in Pro mode can help offset that.

With moderate to good lighting, however, it’s a neat way to explore your artistic side. Every shot looks different in monochrome. Some will lack the punch necessary, whereas others will appear vibrant. Candid photos, architecture and portraits tend to look best, but that’s just my opinion. 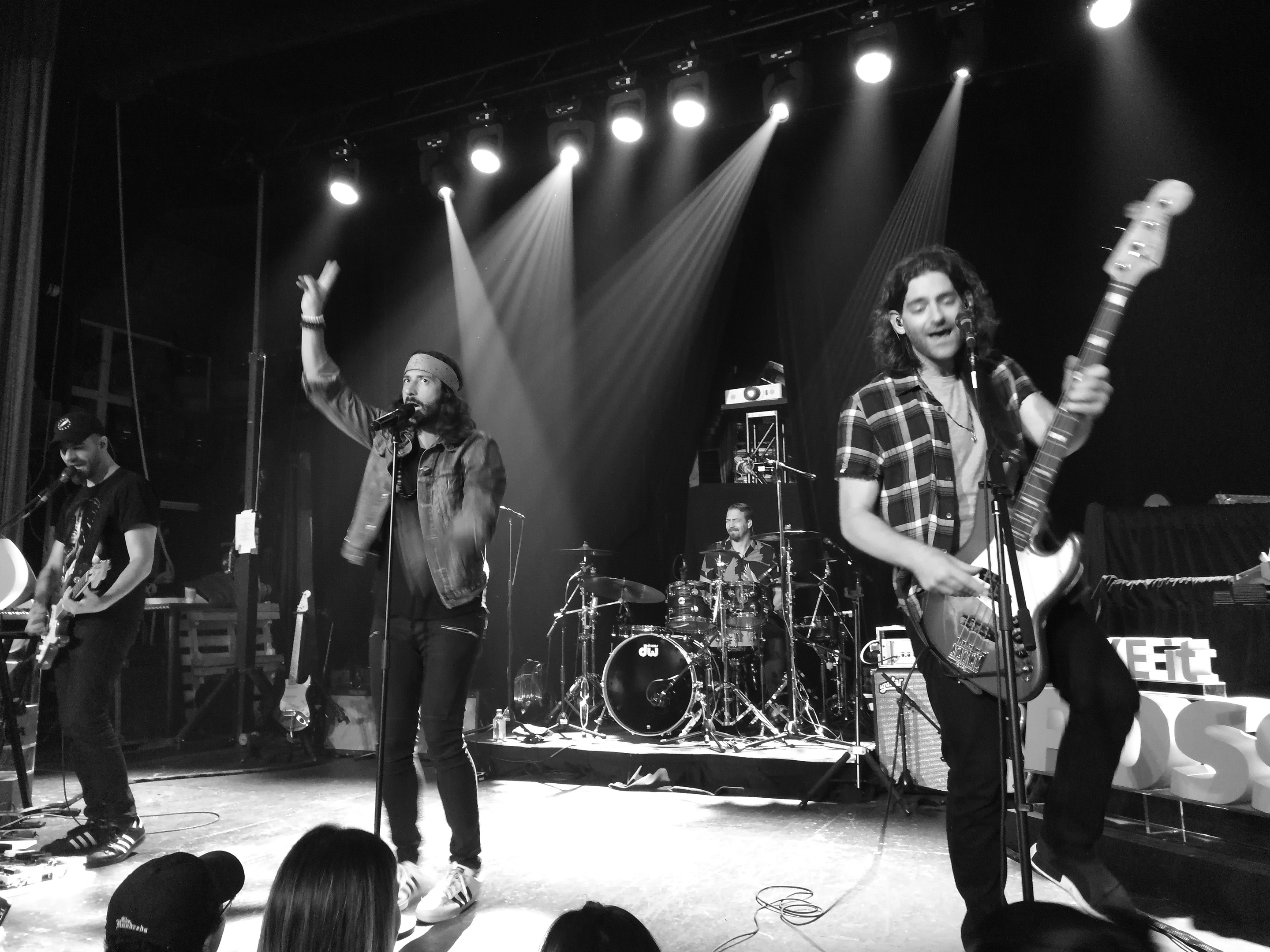 Shooting in monochrome with manual controls is great for creating more contrast between highlights and shadows in bright light, leading to better composition. There is a bit of a trial and error process because black and white photography is different, but it’s done fairly well here.

Shooting in Aperture or Portrait mode brings that extra flair to a shot. Adding even more blur to it is possible in the Illusion setting under the Edit menu. It’s not particularly deep, and doesn’t work for most photos, but again, there is room for creativity there.

I only ever really attempted black and white mobile photography with third-party apps like VSCO, Snapseed or Mextures, but that generally applies to tinkering with an image in post-production. A good black and white shooter off the cuff hasn’t been done since Nokia attempted it several years ago. 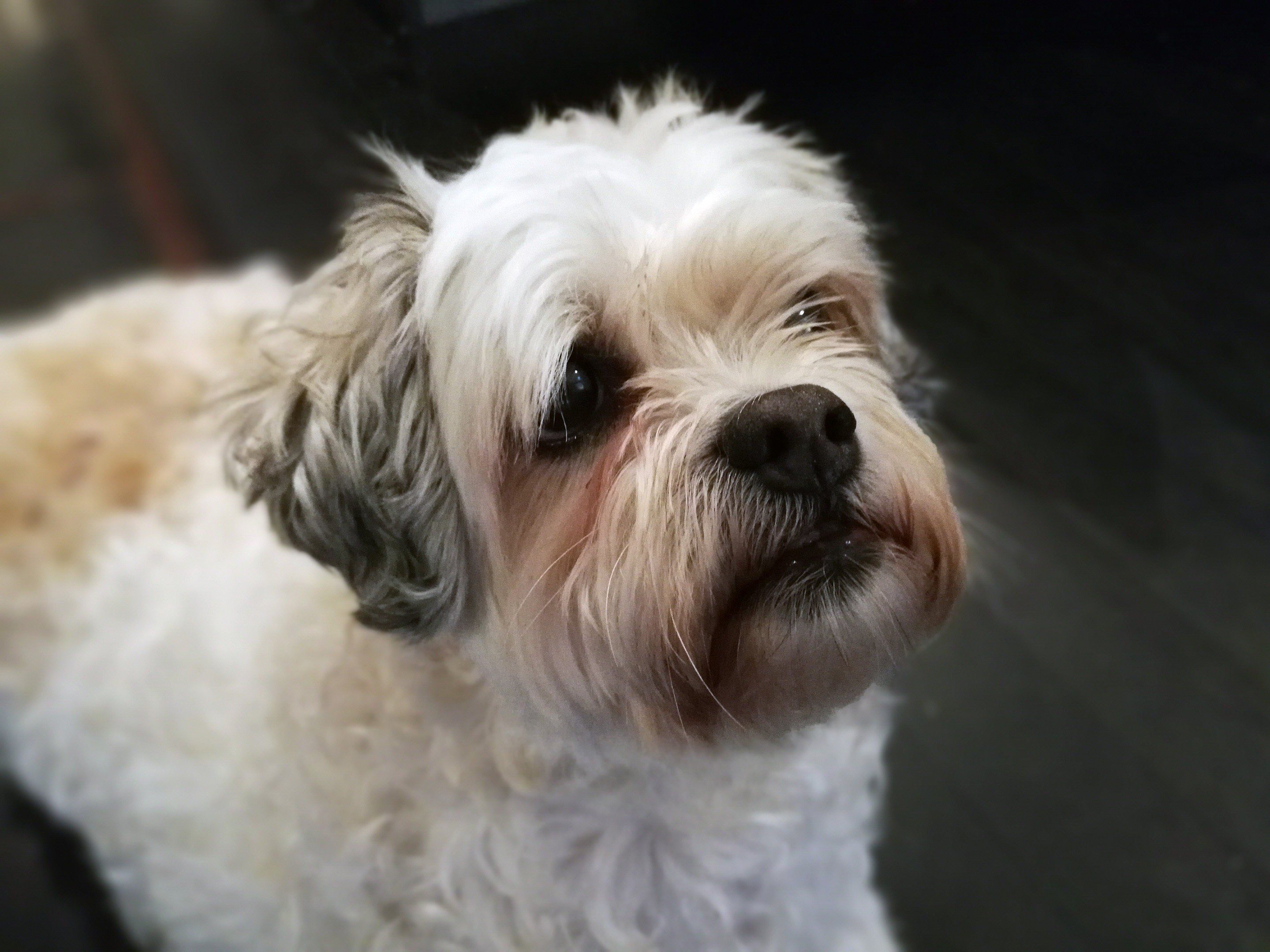 Whether it’s the rear or front camera, Huawei seems fixated on creating the best portrait camera. Hard to do when you don’t have a second lens with optical zoom. The iPhone 7 Plus does this better because of that extra 2x zoom in Portrait Mode, only the f/2.8 aperture makes it tough to use in lower light.

The P10 and P10 Plus are something of an opposite case. Only the portrait setting on the left sidebar helps create a software-driven bokeh effect, unless the phone is closer to the subject’s face. Either way, it’s not able to quite match what Apple put together with the 7 Plus. The caveat is that Apple never intended for Portrait Mode to be used in low-light, which is why the feature sometimes won’t even activate if it’s too dark.

Huawei obviously has no such restriction, but the 7 Plus trumps it in brighter scenarios. Depth of field looks more natural, and crisper detail tends to show on the focused subject. The P10 Plus, in particular, is better at capturing more in much dimmer settings, whereas the iPhone sacrifices a lot of detail.

The front-facing camera has its own Portrait mode, applying a soft focus filter slider called Beauty, and an “artistic bokeh” effect that can also be toggled off. Naturally, there’s no monochrome sensor in the front, so those shots are all in colour. 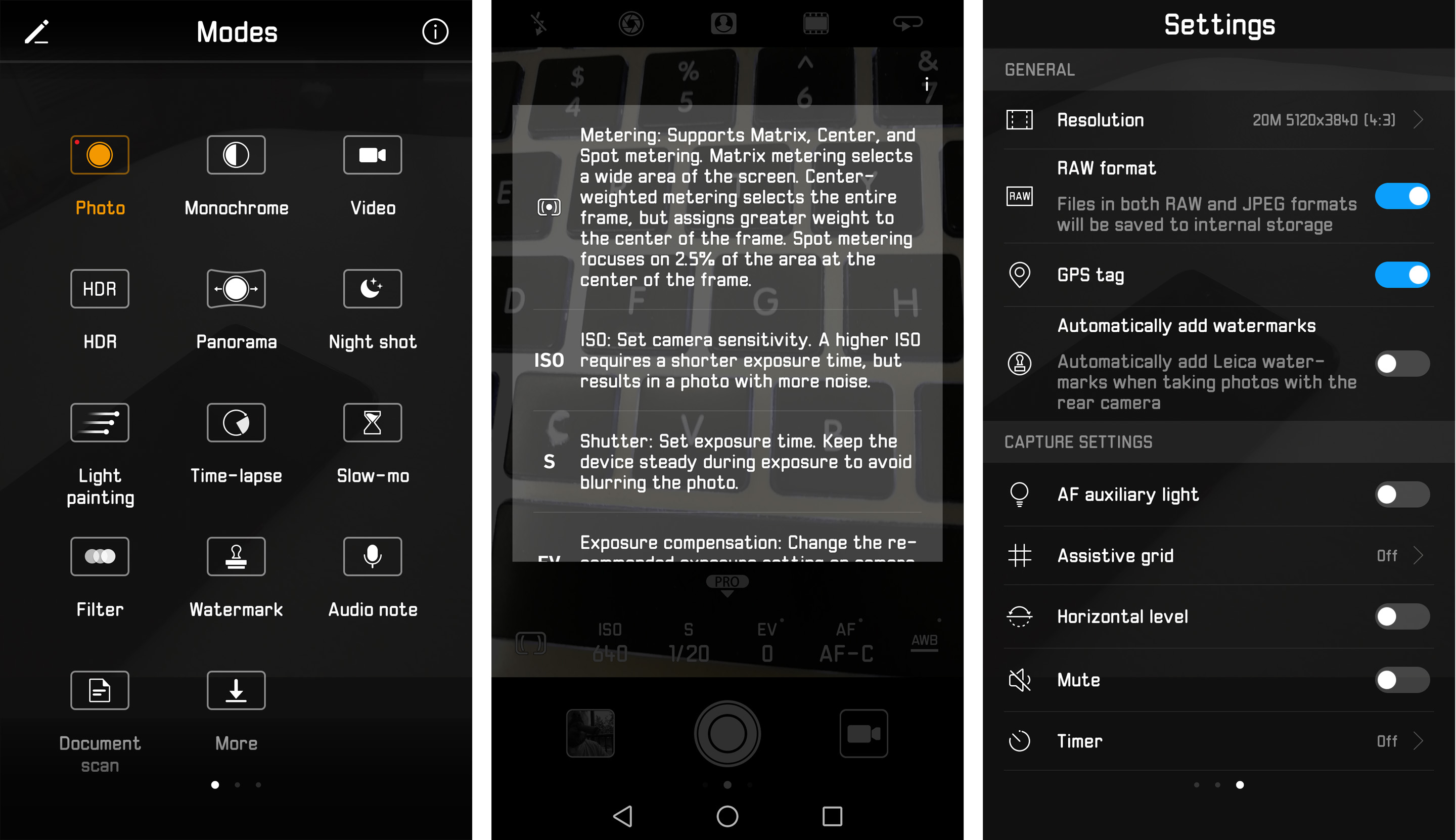 Huawei will need to up its game on the video side, because it clearly wasn’t prioritized the same way still images were. Many of the same options do apply. Aperture mode, Beauty, and Pro features are accessible through the main Video mode. Pro allows for adjusting exposure, metering, autofocus and white balance, but there’s no way to incorporate the monochrome sensor into it.

You can shoot in 4K or 1080p, and the Slow-mo mode slows it all down to 120fps in 1080p. In brighter daylight, I preferred switching to the vivid colour setting to bring some pop out in the footage. Low-light shooting with the P10 Plus was a little better, but the best results were to go Pro and use a flat surface or tripod. Unfortunately, Huawei doesn’t add ISO and shutter speed to the Pro menu, limiting how much a shot can be set up in advance.

Overall, footage is good, but not top class, and the oddities in the mix add to that. YouTube wouldn’t recognize a 4K video shot with either phone. Slow-mo videos aren’t playable on a computer unless downloaded from a third-party, like Dropbox or Google Photos, and then transferred from there. 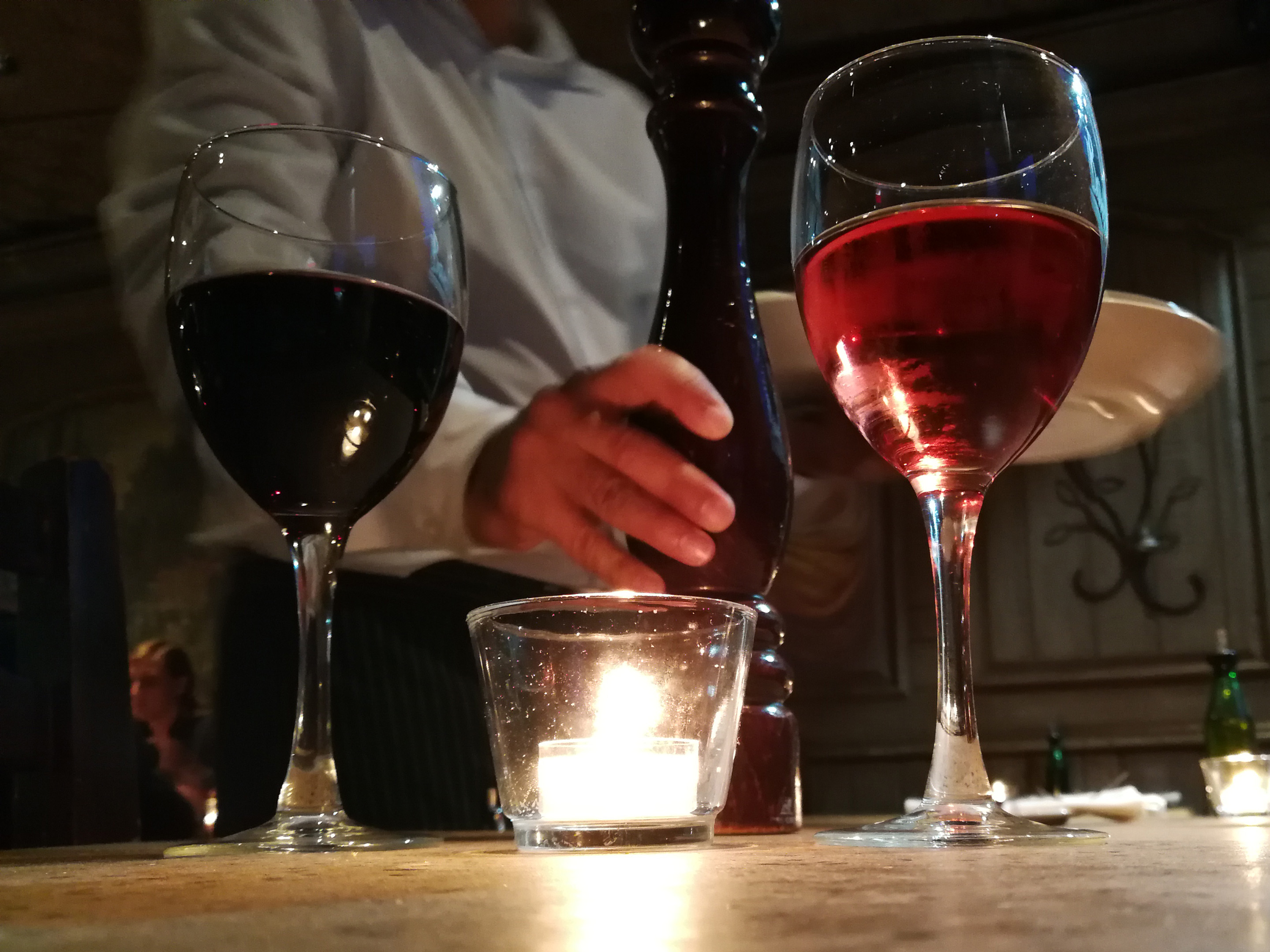 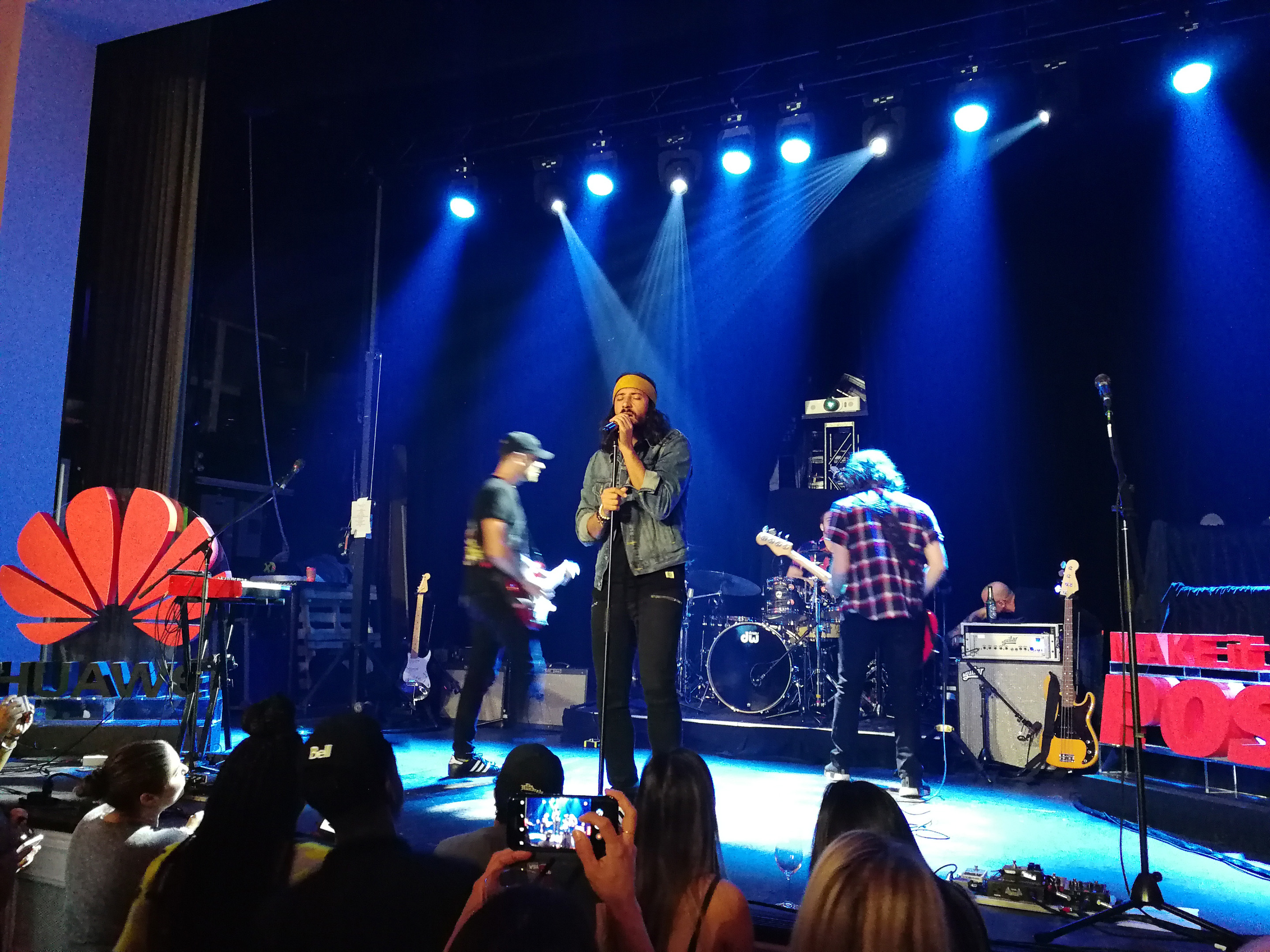 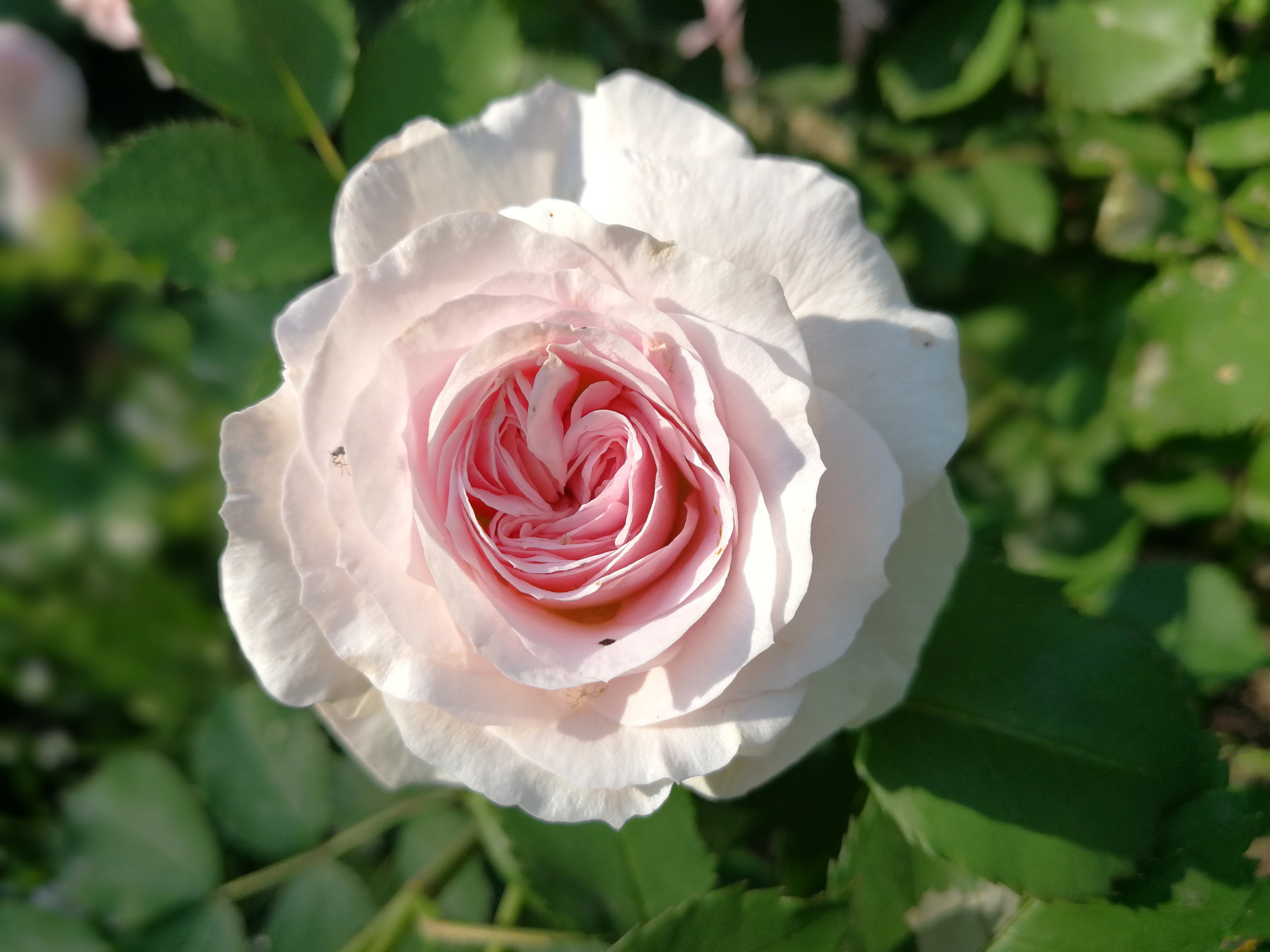 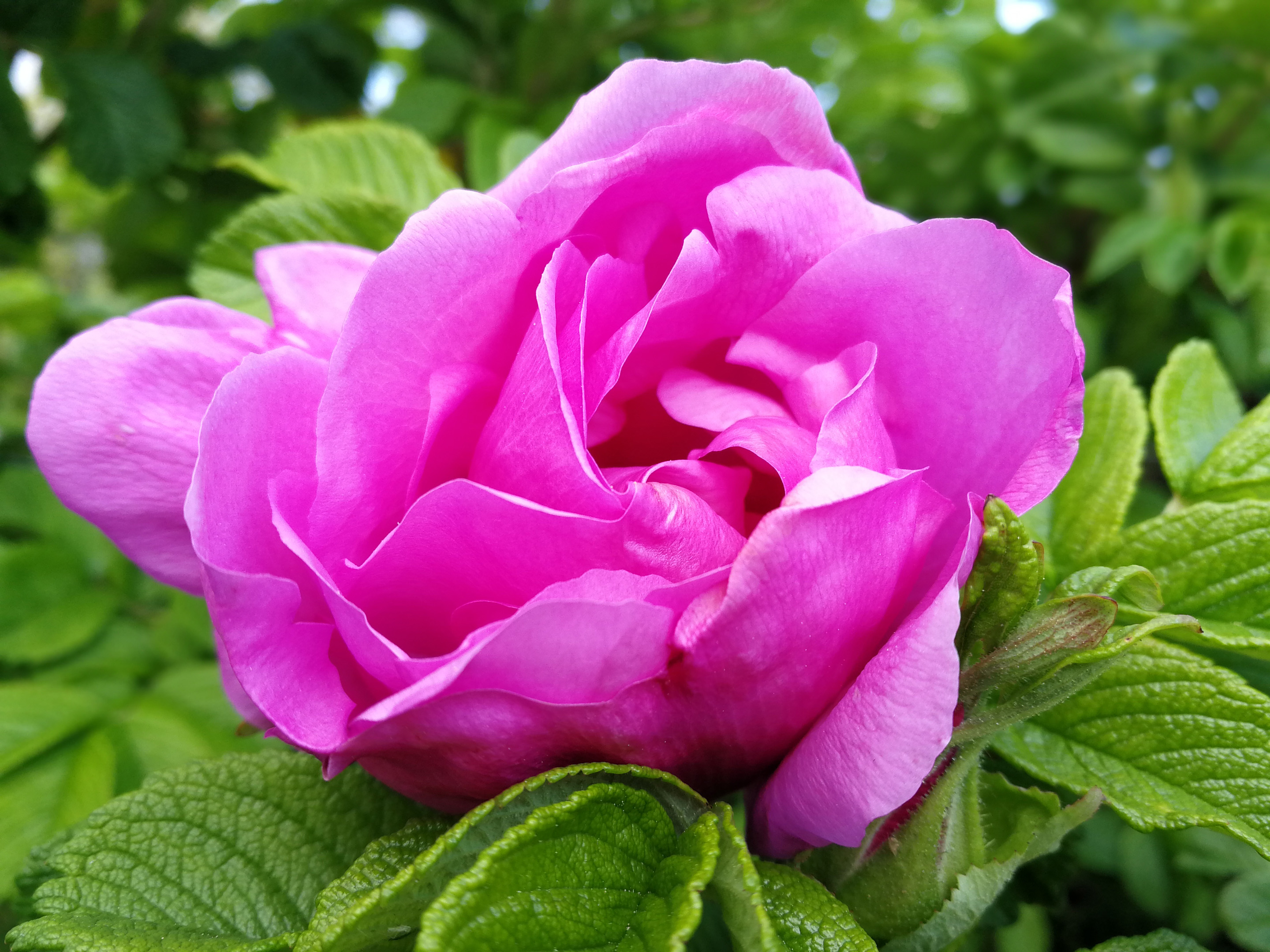 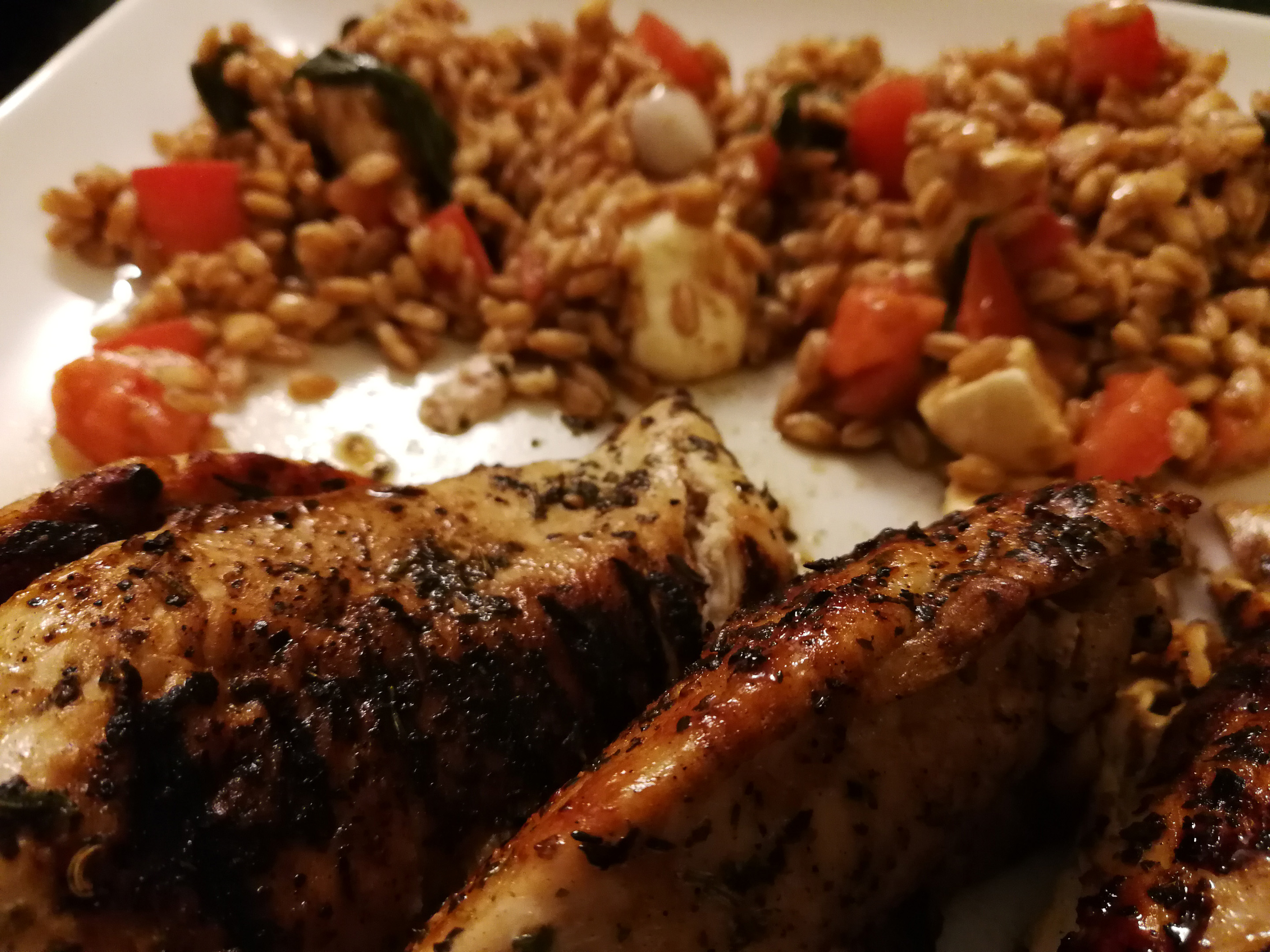 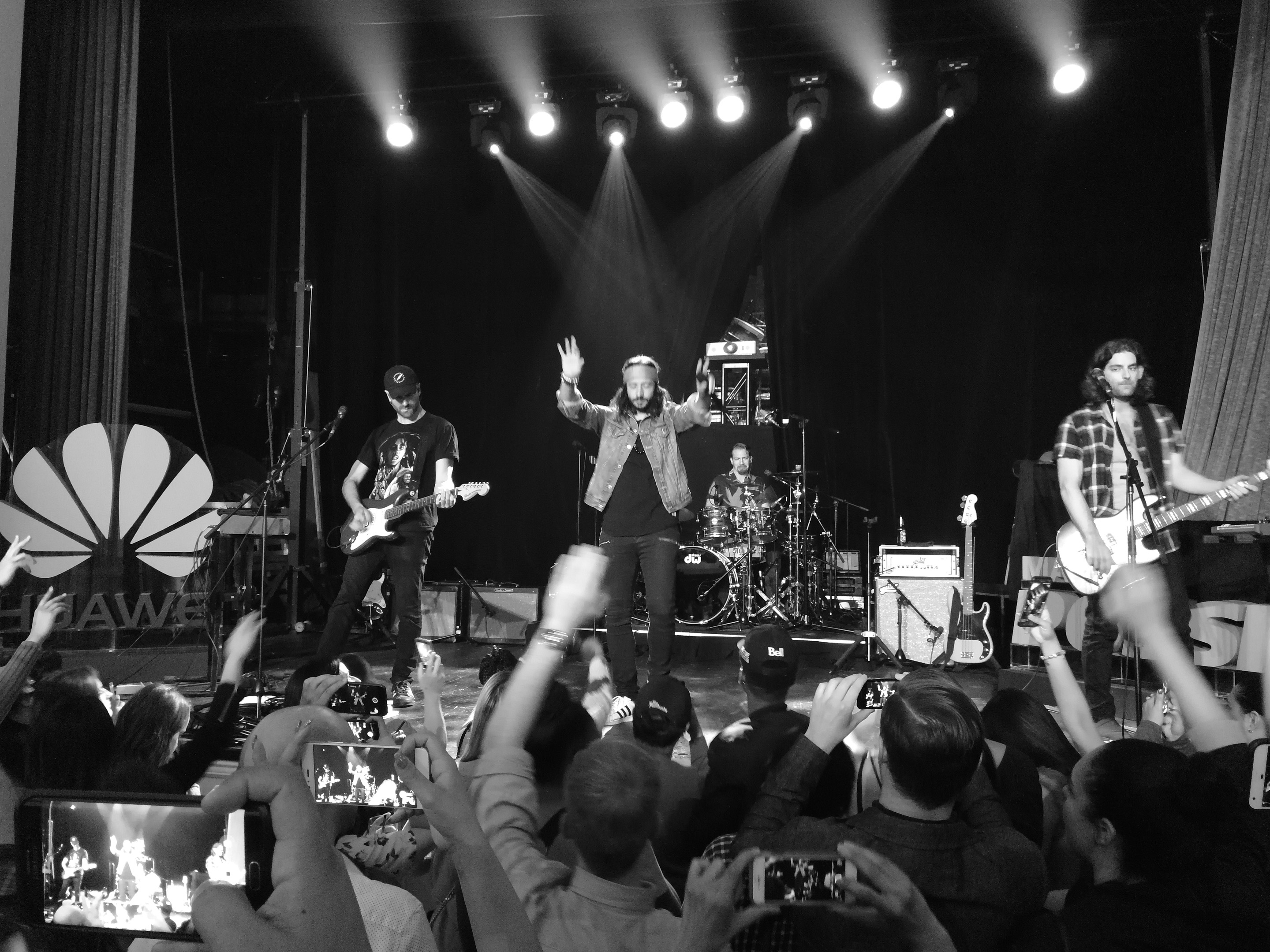 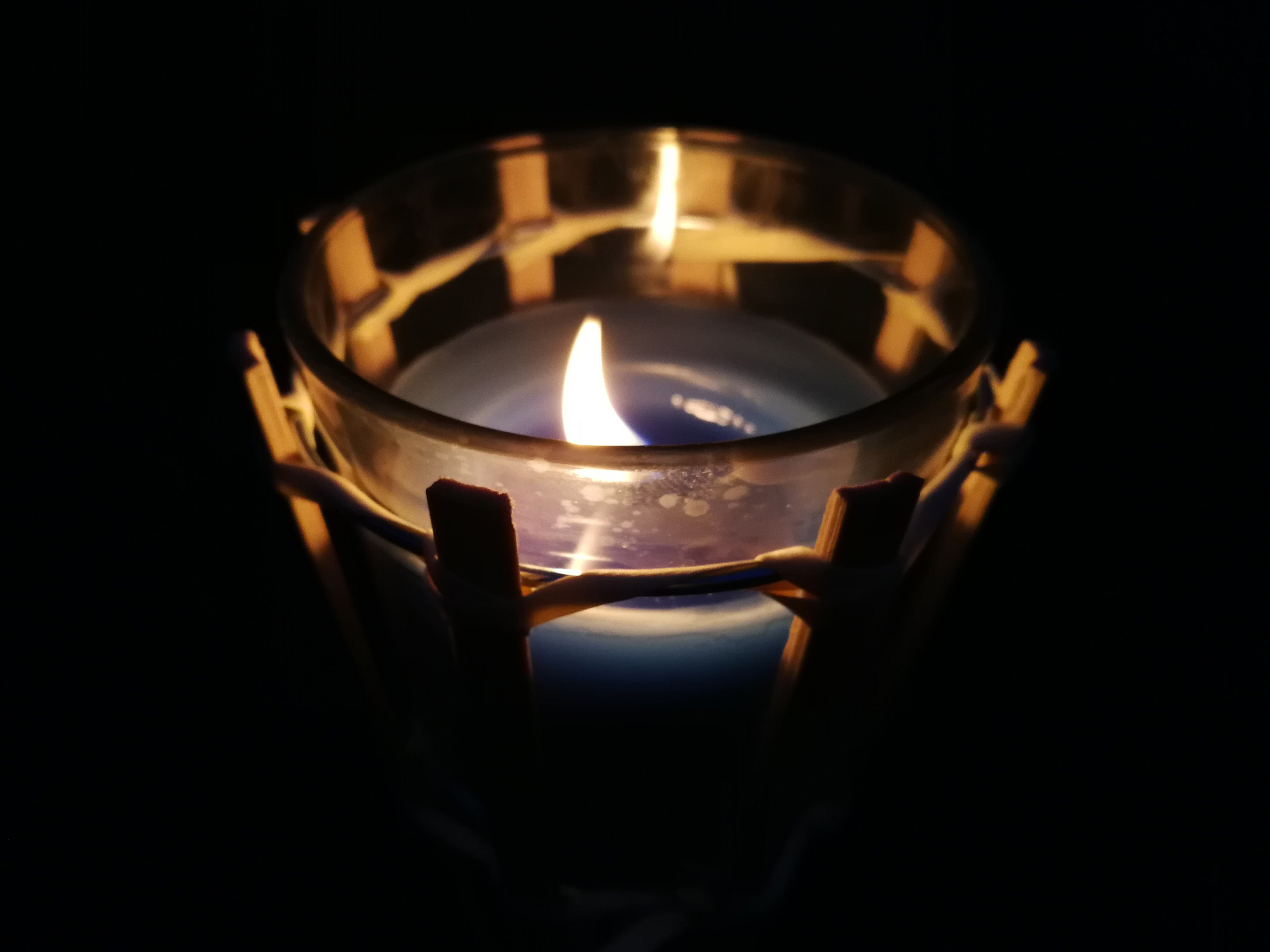 Huawei impressed me with the camera in the P10 and P10 Plus. Some of that credit should go to Leica, who knows how to do proper optics and helps make this union work. Putting the extraneous modes and features aside, the P10 and P10 Plus hold their own nicely. The Pro mode (and RAW capability) is the best indicator of what both phones can do.

So is the monochrome mode. Black and white photography is done by a relative few, yet admired by many. What it conjures up in people is subjective, and in going with a lens and sensor dedicated to that, Huawei is at least trying something interesting. The results are certainly encouraging. Hopefully, the company can still improve on it with an update or two.

In auto, the P10 and P10 Plus don’t match the sophistication of the Pixel phones, nor the balance of the Galaxy S7 and S8, but are still tough competitors in their own right. They are two of the best phone cameras I have used so far in 2017.