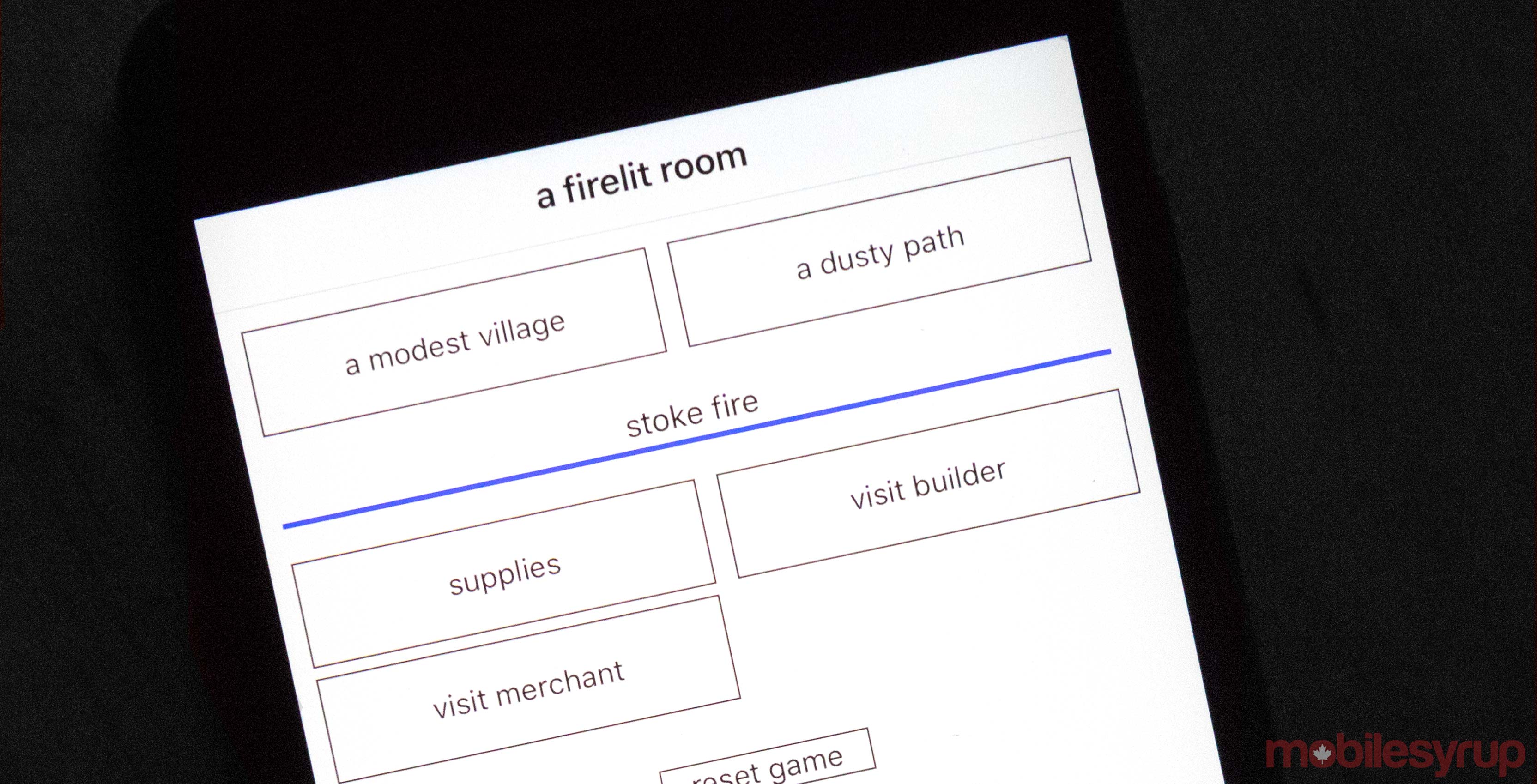 ‘A Dark Room‘ is a role-playing text-based game for the web, iOS and Android. The game offers just enough gameplay to hook you, and ample story to send the player’s imagination running wild.

Players assume the role of a character that has woken up in a dark room with no memory of what’s happened prior.

The only option is to stoke the fire and wait. After a few taps of the ‘Stoke Fire’ button, a shadowy figure stumbles into your room. It turns out the figure is a builder. Once they’re nursed back to health, they help you expand from a single room to a modest village and more. 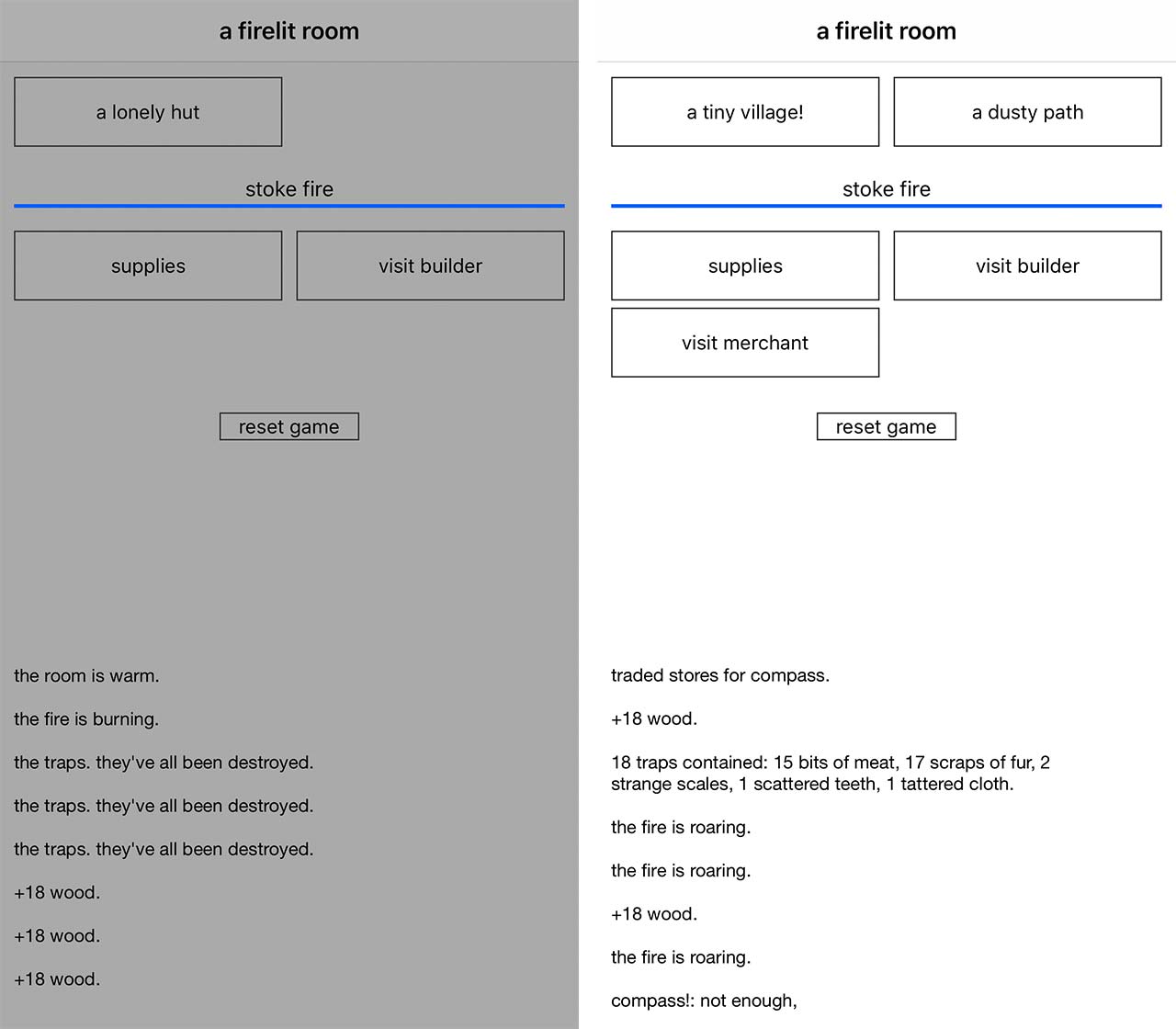 The more buildings you create, the more stuff there is to do in the game, beginning with the simple task of gathering wood and followed by the ability to check traps. All of these actions are unlocked by creating the builder’s products.

As the player is going about the game’s tasks, there’s a scrolling list of text that fills the bottom half of the screen that explains what’s going on. For example, whenever a player stokes the fire, it says “the fire is roaring.” Other times it explains what the other people in the camp are doing. Every once in a while it even sends out a haunting line of text like “The locket around her neck glows brightly. A healing light.”

Strange things are a huge part of the game as the player gets deeper into its world. For instance, an early in-game pop-up reads, “Through the walls, shuffling noises can be heard. Can’t tell what they’re up to.” The player is then given two options: ‘Investigate’ or ‘Ignore them.’ Your answer and the game’s randomization dictate what happens. These small decisions don’t influence the game significantly, but later on, events carry more weight. 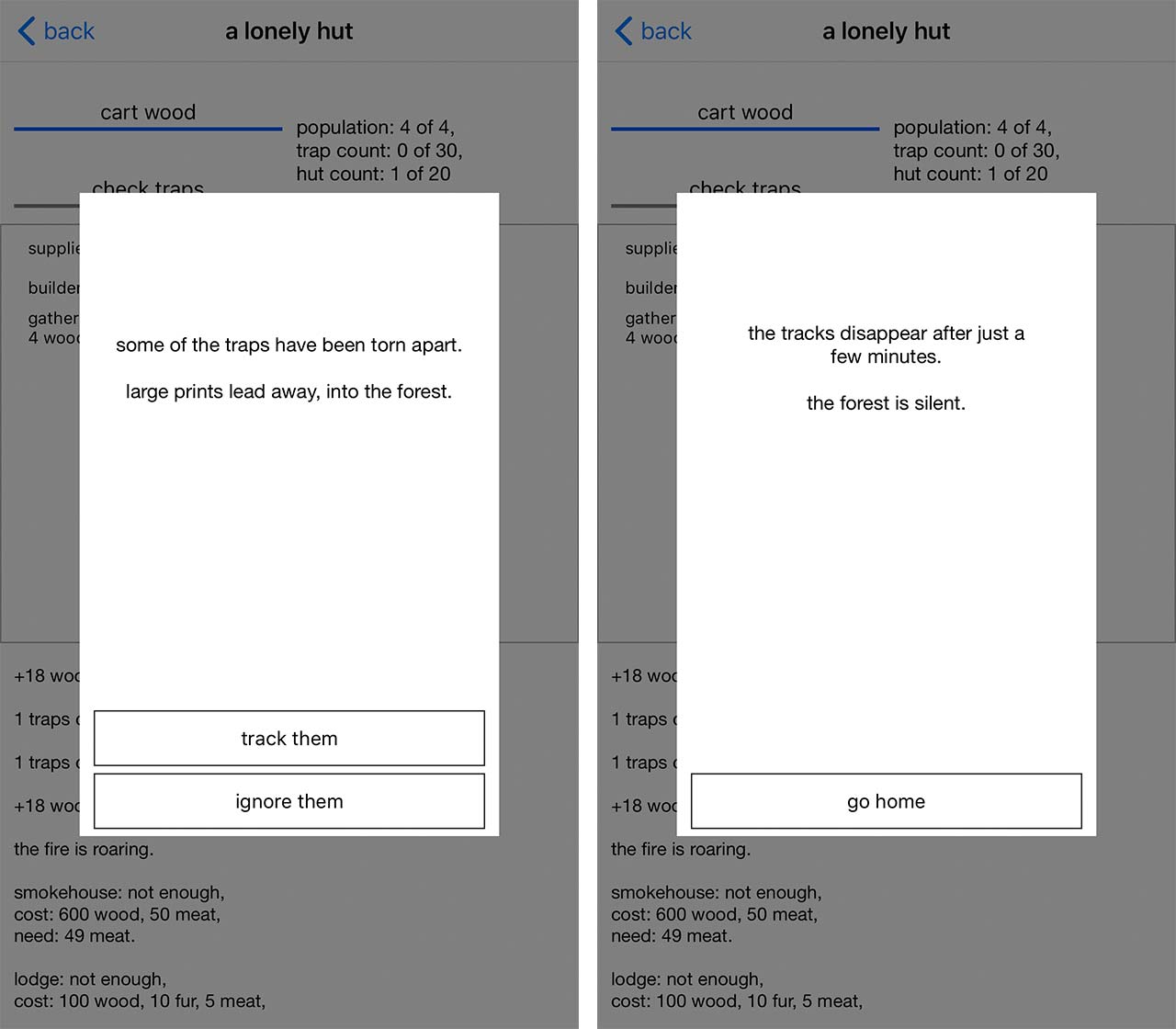 Most of the game is played by tapping on-screen buttons. Players need to manage their camp with resource allocation. It starts off slowly but moves on to add enough content to control that it becomes surprisingly fun. Once the player unlocks the ‘Compass’ from the in-game merchant, they’re able to explore A Dark Room‘s map.

The map is pretty basic, and it just uses regular text characters to determine the landscape. The world also isn’t forgiving. This means that venturing forth without weapons, food and water is a recipe for disaster. Players need to manage their inventory and keep track of how far they are from their camp (the capital ‘A’ on the map).

Traveling with a single text character on the map costs one water, and moving far distances takes some time. If you run out of water, you pass out and wake up back at camp. 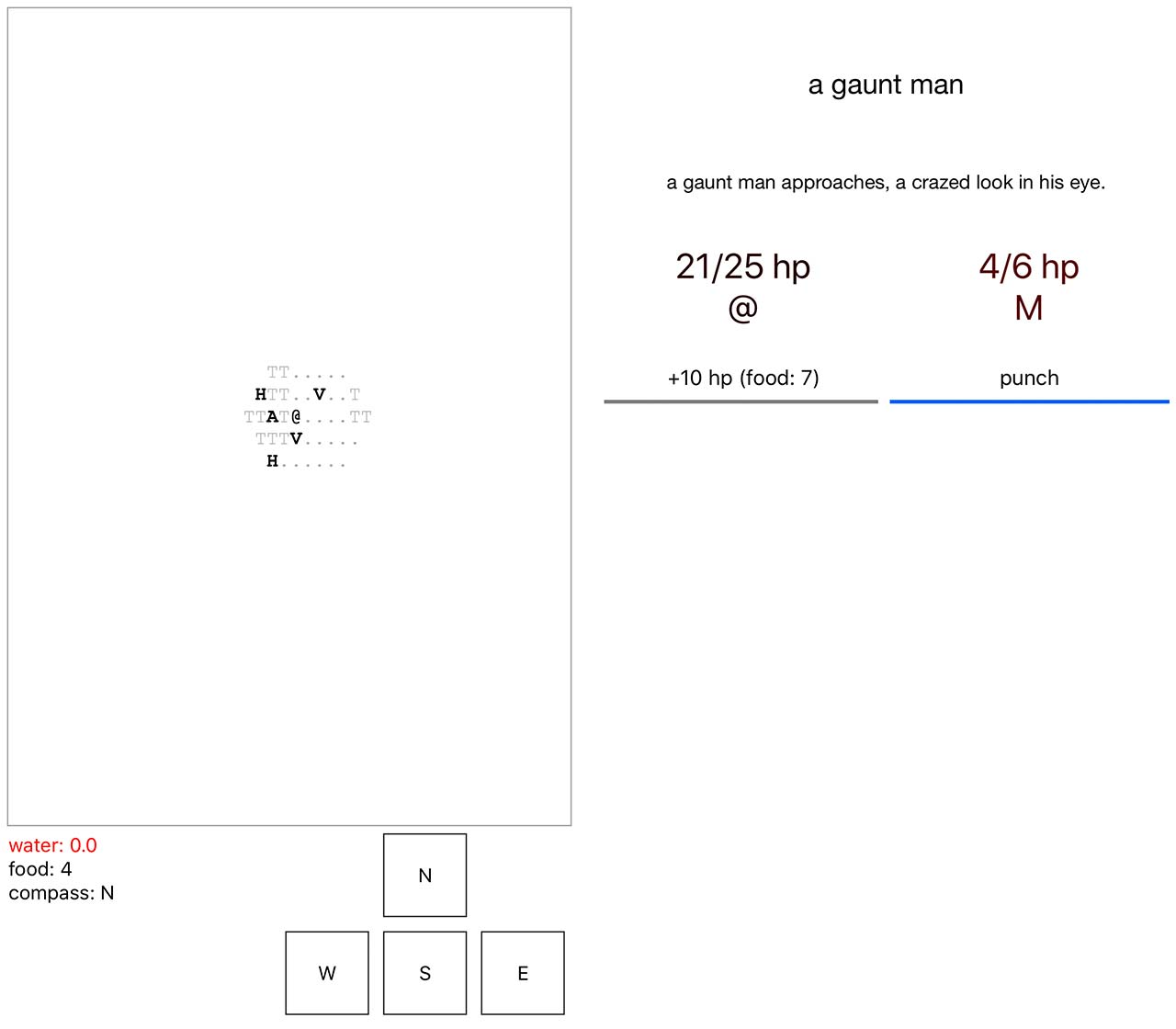 The game was initially developed for the web by the Canadian Indie studio Doublespeak Games. Shortly after release, the developers dropped the title’s code on GitHub for other people to experiment with.

Developer Amir Rajan took the game from the web to mobile using the GitHub code. He also eventually developed a sequel for the game called The Ensign.

A Dark Room is available on iOS for $2.79 and Android for $2.49. The game is also available for free on desktop.