The company used an event in Markham, Ontario to show off its plans for 5G and beyond

During the event, Huawei Canada highlighted the company’s growth and accomplishments, while also showcasing its plans for the connected future. 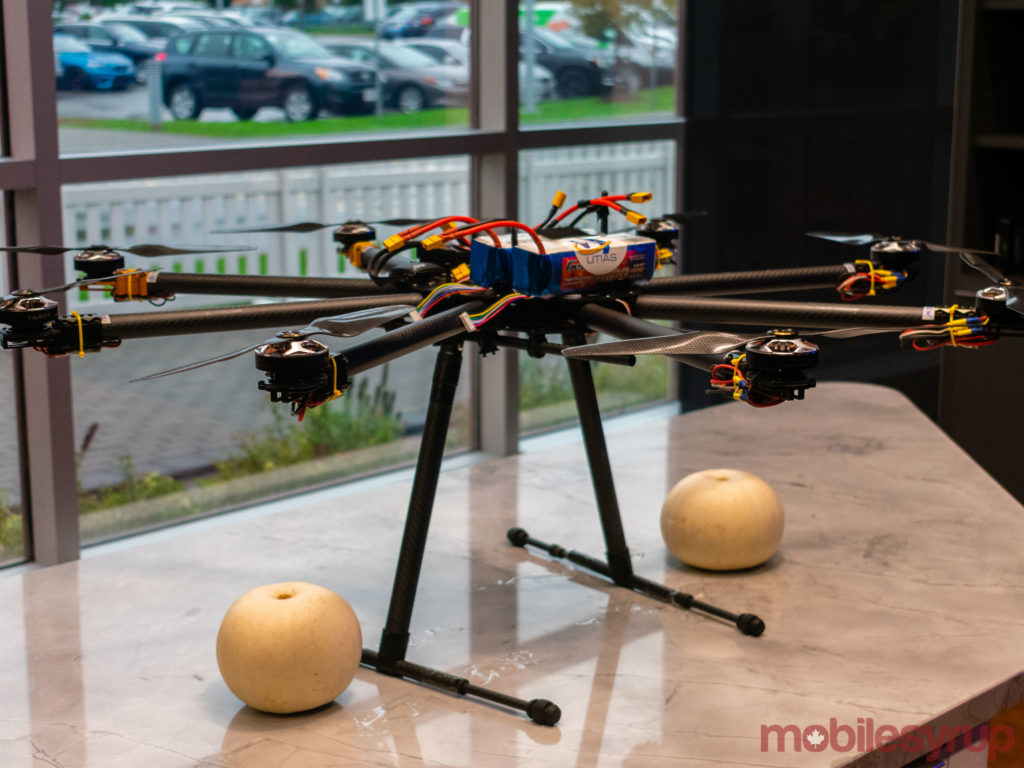 “The network needs to transform,” said Backhouse. “The operators who [maintain] these networks are going to need to slowly, slowly modify this network as it moves forward.”

According to Backhouse, the future of wireless connectivity is a single, ubiquitous network capable of facilitating at least one million device connections per square kilometre.

These connections include consumer-facing devices like smartphones, tablets and laptops, as well as emerging internet of things (IoT) devices like autonomous vehicles and agricultural sensors. 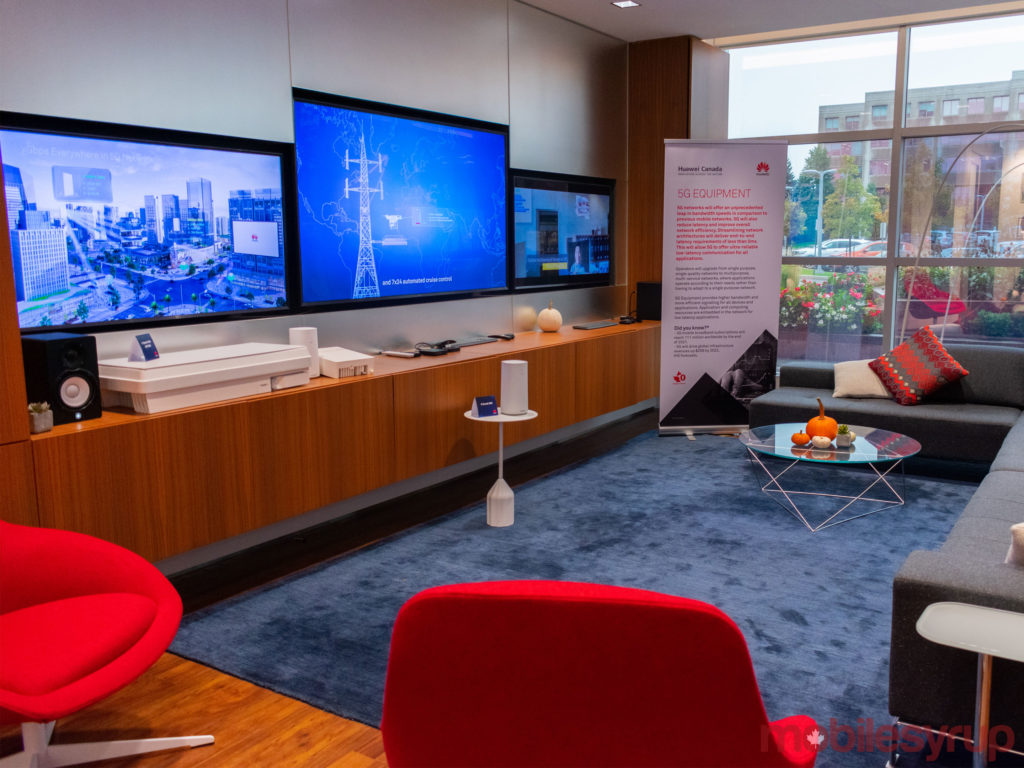 According to Bradley, Huawei currently works with 13 universities across Canada and plans on investing $37 million into research partnerships with its university affiliates.

“There a thousand students who are using Huawei equipment or Huawei gear…[asking] ‘How do we figure out what’s going on and what does the future look like?’” said Bradley.

While the event was ostensibly a birthday party for Huawei Canada, the company also took time to show off examples of its plans for 5G.

It’s worth noting, however, that Huawei didn’t perform any 5G field trials. Instead, the company used existing 4G LTE and Wi-Fi technology as a means of highlighting the possibilities of 5G network technology.

In addition to an array of agricultural sensors designed to transmit information like temperature and atmospheric humidity, Huawei showed off its work with connected drones, mixed reality headsets and even connected livestock. 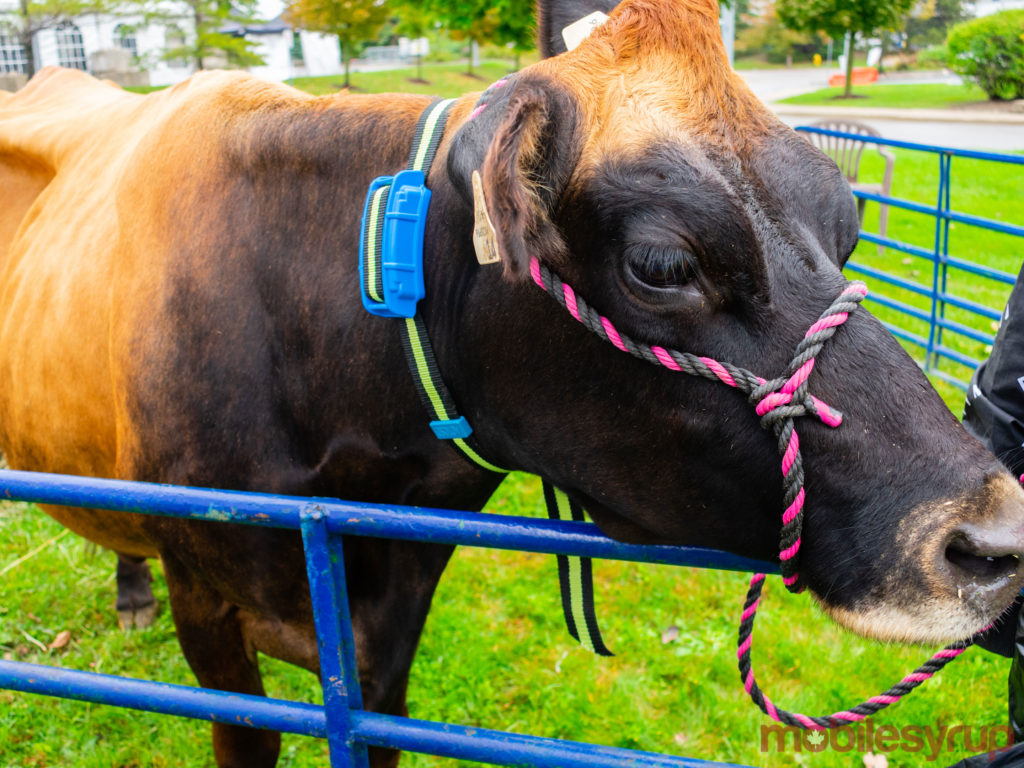 Attendees who chose to brave the morning’s chilly, rainy fall weather were even able to witness the crown jewel of Huawei’s connect livestock efforts: a live cow wearing an IoT collar that collects and transmits key diagnostic data, like temperature.

Huawei also showed off its ‘VR 360 Hockey Helmet’ that the company hopes will one day allow users to don a virtual reality helmet and watch live footage of an actual hockey game. 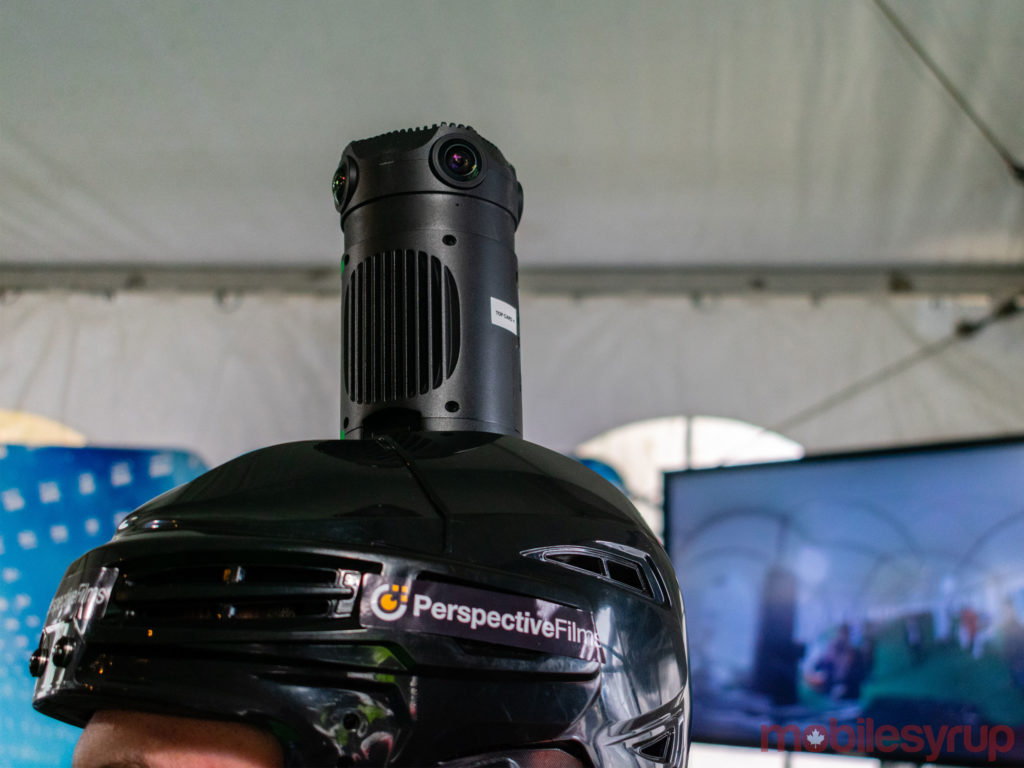 In Markham, however, attendees were able to watch a simulated hockey using an Oculus Go VR headset.

Video was captured through the use of a 360-degree camera and was streamed to headsets through a wireless connection.

An engineer wearing a sleek, but nonetheless bulky, backpack transmitted wireless signals to a modem and laptop.

While the stream was delayed by several seconds — and the video quality was distorted due to the limitations of Oculus’s cheaper, portable headset — the overall tech demonstration was still impressive. 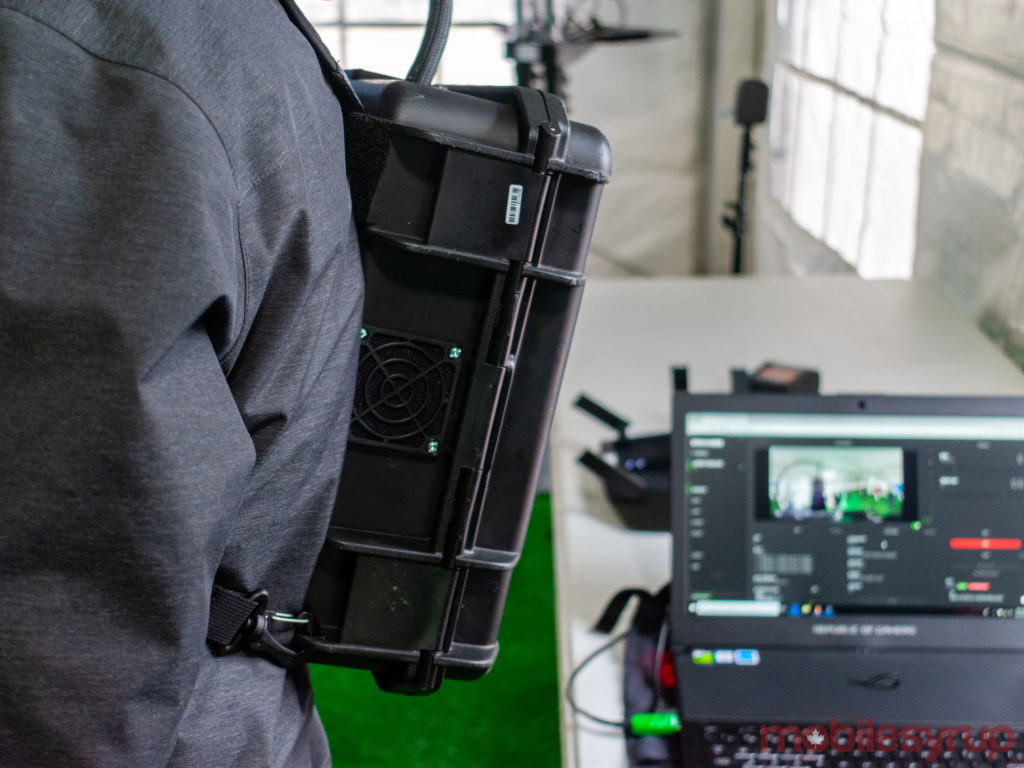 The stream proceeded with minimal interruptions, while the overall 360-VR aspect of the demonstration proceeded almost without error.

Huawei hopes that its technology will one day be able to directly connect sports fans to their favourite events, effectively allowing fans to see through the eyes of their favourite players.

Likewise, Huawei’s overall goal is to utilize the progress it’s made in the wireless space to position itself as a future 5G leader.

“We are not only going to be one of the first countries in the world to 5g…we’re going to be a leader in 5g because we’ve built up a 5g ecosystem,” said Scott Bradley.