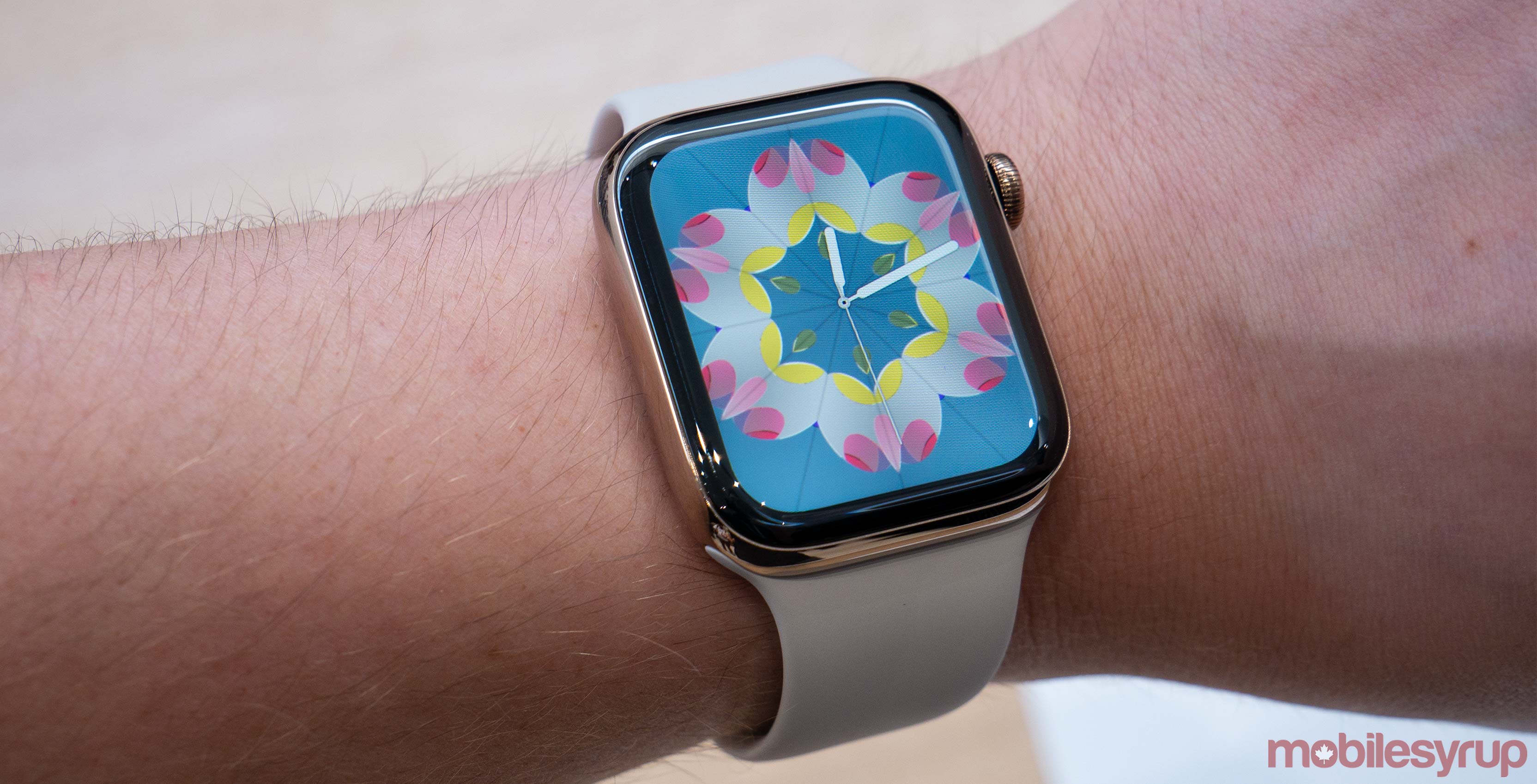 As someone who uses an Apple Watch almost every day and is a big fan of the wearable, the Series 4 is the upgrade I’ve been waiting for.

The Series 4 sports a more substantial, edge-to-edge display, significantly reduced bezels and a slightly thinner design, amounting to the most significant aesthetic change to the Apple Watch since its launch. This means that unlike the Series 1, Series 2 and Series 3, Apple’s new Series 4 looks very different from its predecessors in some respects. 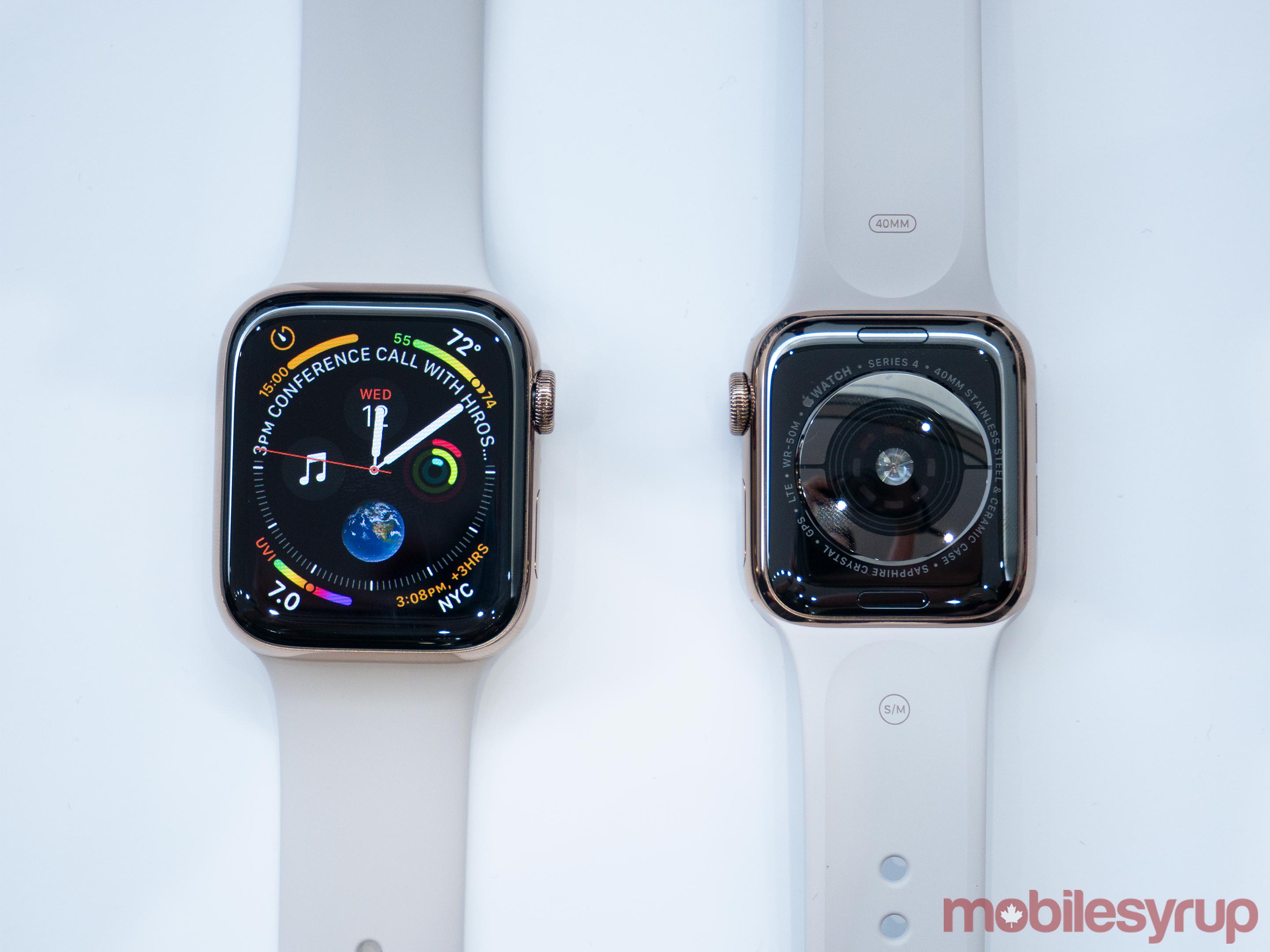 All previously released Watch Bands are compatible with the Apple Watch Series 4, which might sound confusing given the wearable’s size change. While the Series 4 comes in at a slightly altered size, 40mm and 44mm, Watch Bands designed for the old 38mm and 40mm Apple Watch will still work with the new models, according to Apple. The 40mm Series 4’s display is 35 percent larger than its predecessor’s screen, while the 44mm iteration comes in a 32 percent bigger.

Apple has also added haptic feedback to the Series 4’s Digital Crown, which now features a subtle red ring running around its circumference instead of the Series 3’s easily identifiable red dot. While I only tested out this feature for a brief period, it adds a welcome tactile feel to the Digital Crown. 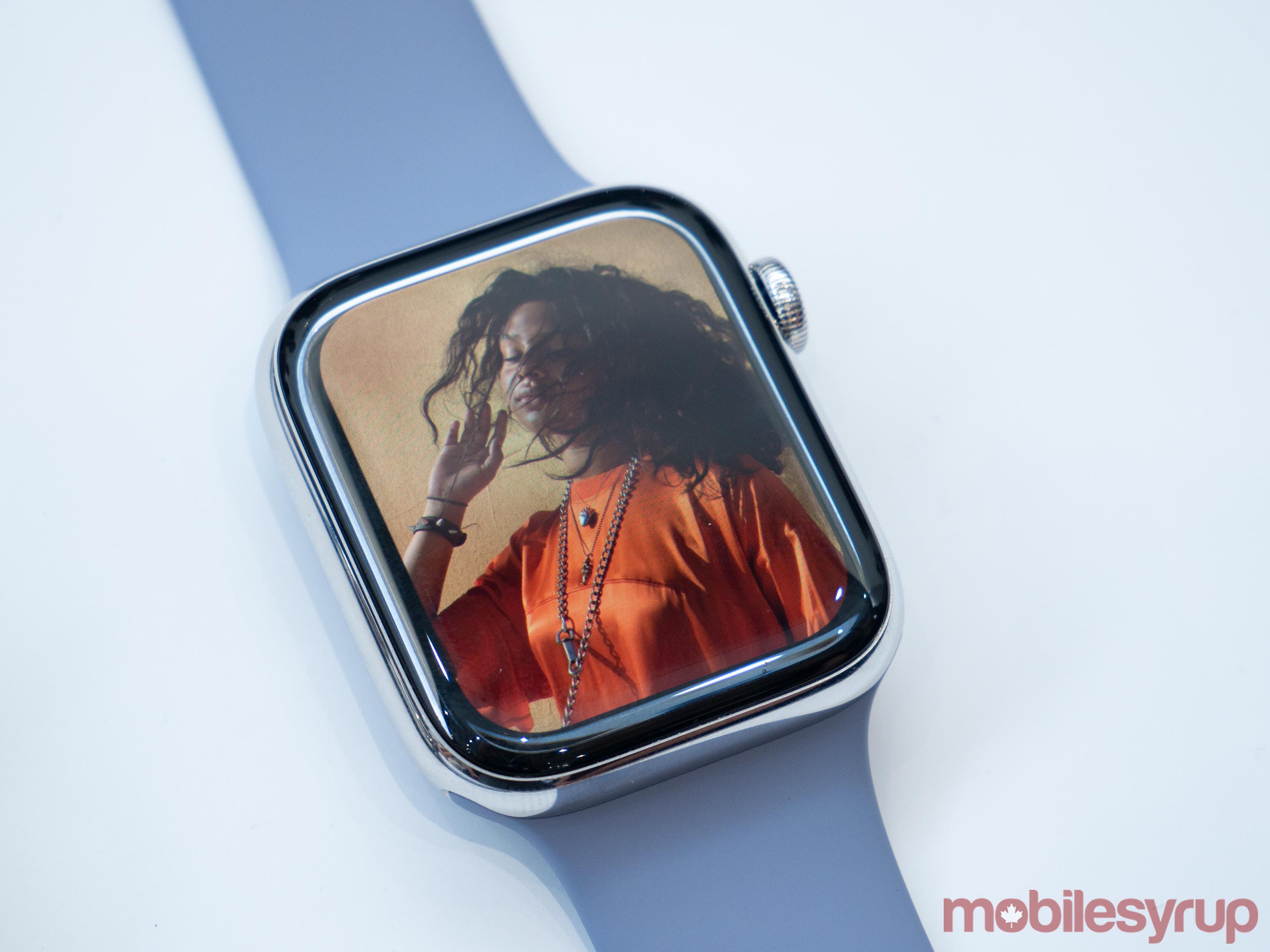 What’s set to be most interesting about the Series 4 is how app developers take advantage of the additional display real-estate. I rarely find myself using Apple Watch apps, and when I do, they often feel cramped and difficult to navigate because of the wearable’s small display.

With the Series 4, this could change if developers utilize the larger screen. 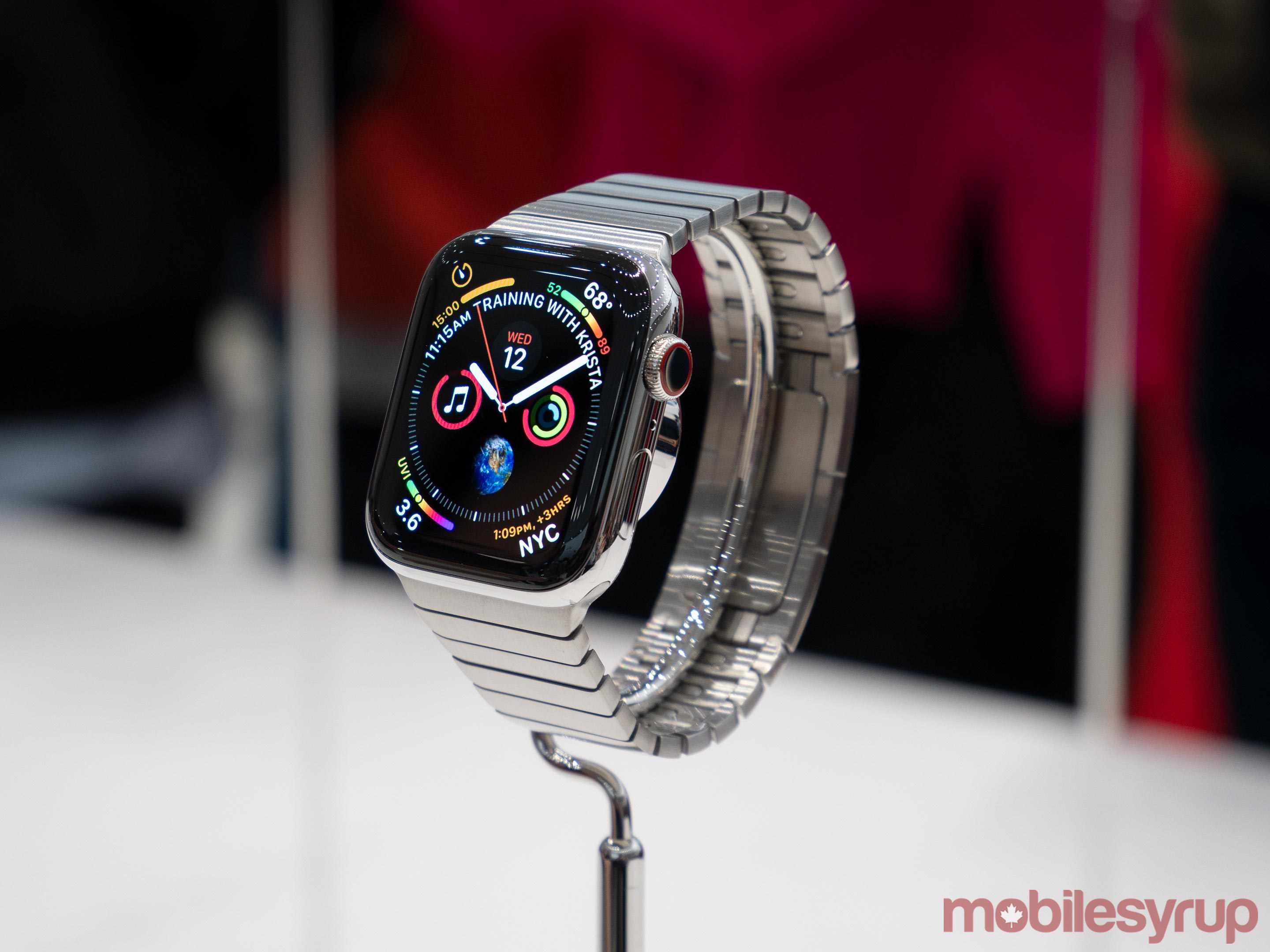 As it stands right now, this, unfortunately, doesn’t seem to be the case. Only Apple’s new eight Complication Watch Face give users more at-a-glance information thanks to the Series 4’s bigger display.

In the Canadian market in particular, a few questions remain about the Series 4. For instance, while the watch’s new electrocardiograph heart monitoring feature, also known as EKG, has been approved by the FDA in the U.S., it’s unclear if it’s in the process of receiving Health Canada certification. It’s also worth noting that EKG won’t be available at launch, with Apple stating the feature is set to be added to the Series 4 at a still unrevealed date. 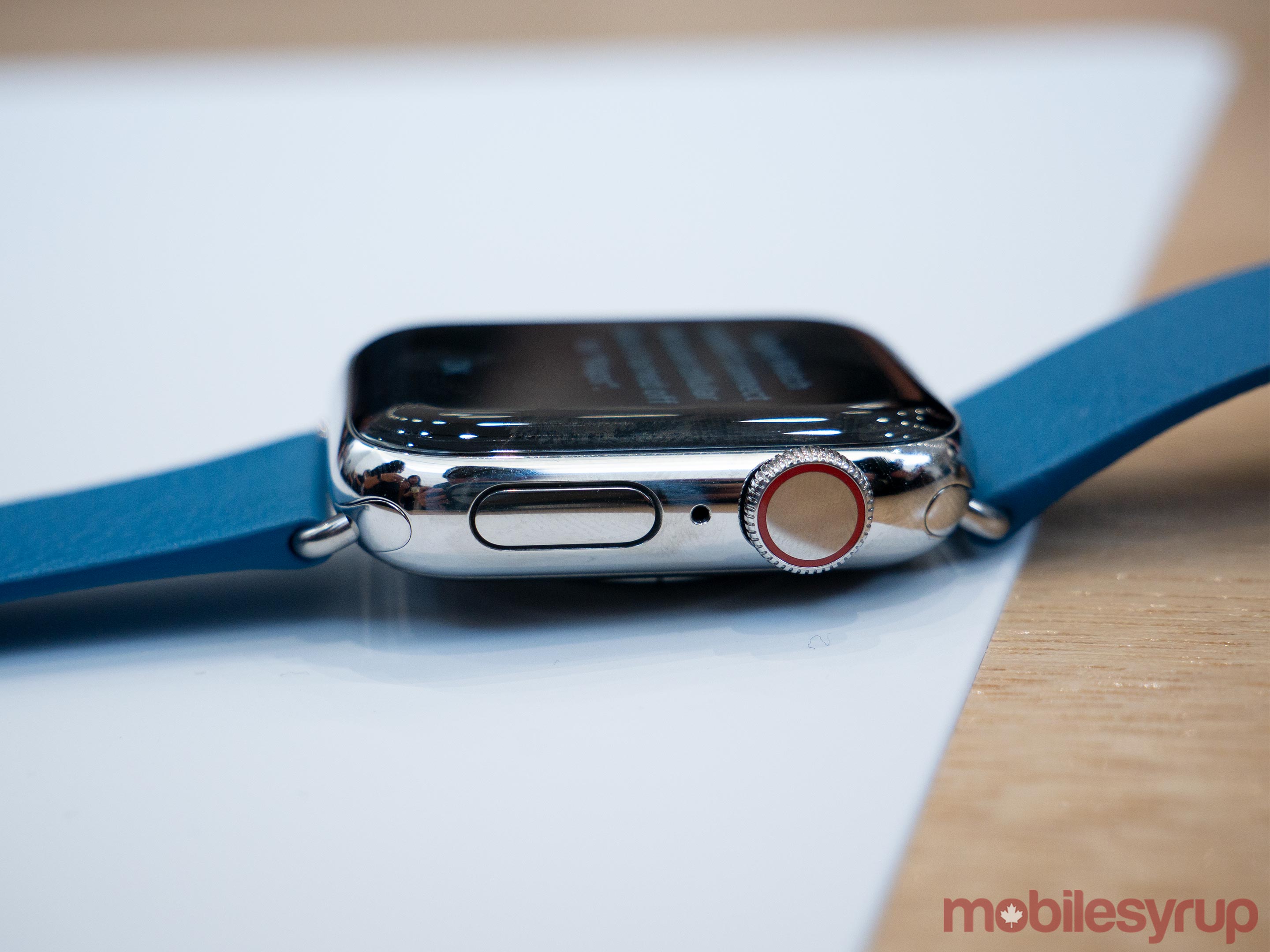 Other health improvements include new low-heart-rate warning and fall detection, features that could be particularly useful for anyone with elderly parents or accessibility issues. The ability to receive a notification from the Apple Watch Series 4 that lets you know a loved one is in trouble could be a game changer for some.

Other Apple Watch Series 4 improvements include the smartwatch’s new 64-bit dual-core S4 processor, which coupled with watchOS 5, should result in a smoother navigation experience. Apple has also shifted the Series 4’s mic to sit beside the wearable’s Digital Crown, as well as increased the volume of the smartwatch’s speakers. 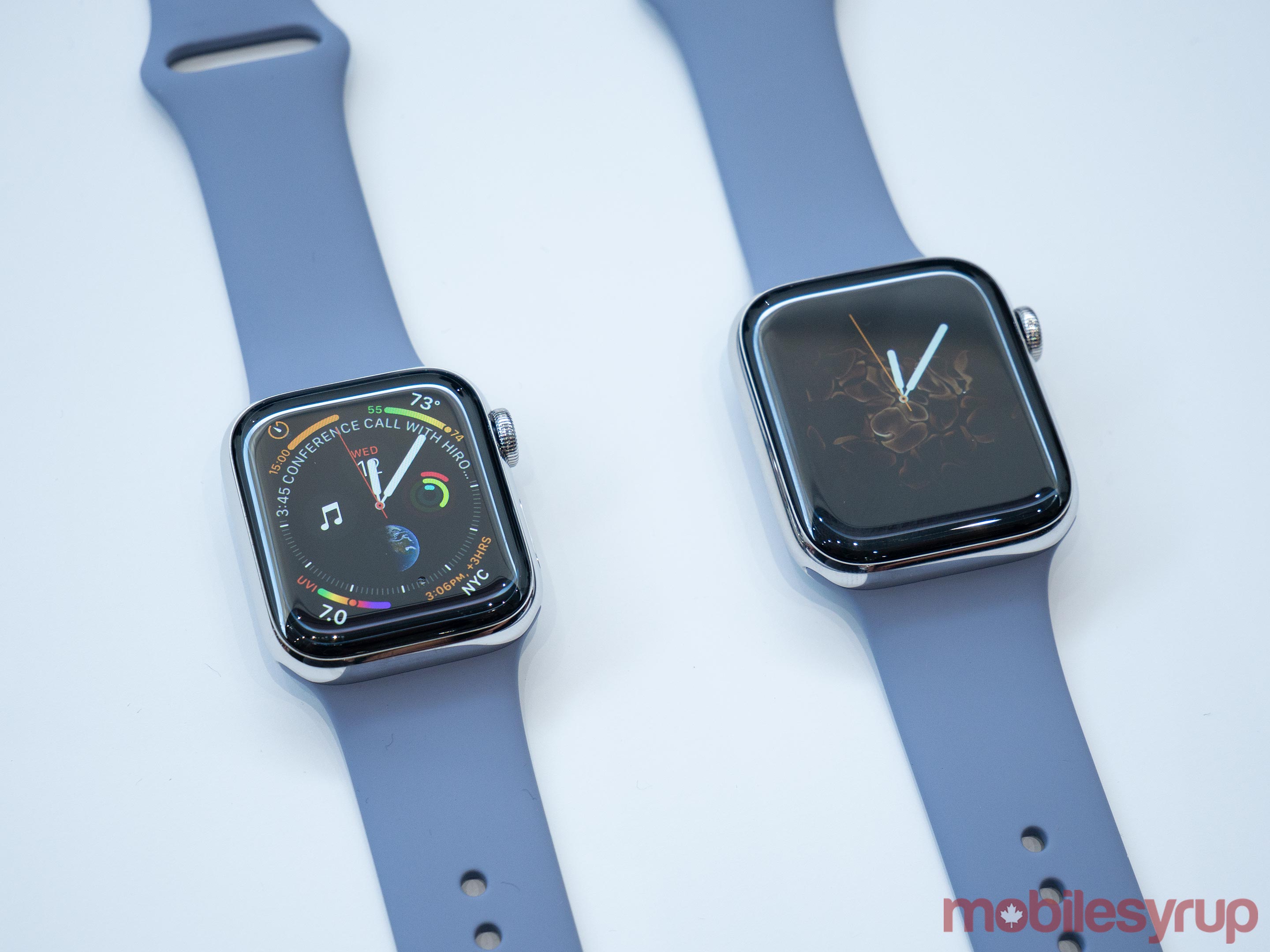 Finally, Apple also claims the Series 4 features the same 18-hour battery life as the Series 3 despite its new features, though this is something I’ll definitely need to verify myself.

More extensive testing, particularly when it comes to performance, is still necessary with the Apple Watch Series 4. That said, from a purely aesthetic perspective, the improvements to the new smartwatch, especially its new, larger display, are a great move on Apple’s part. 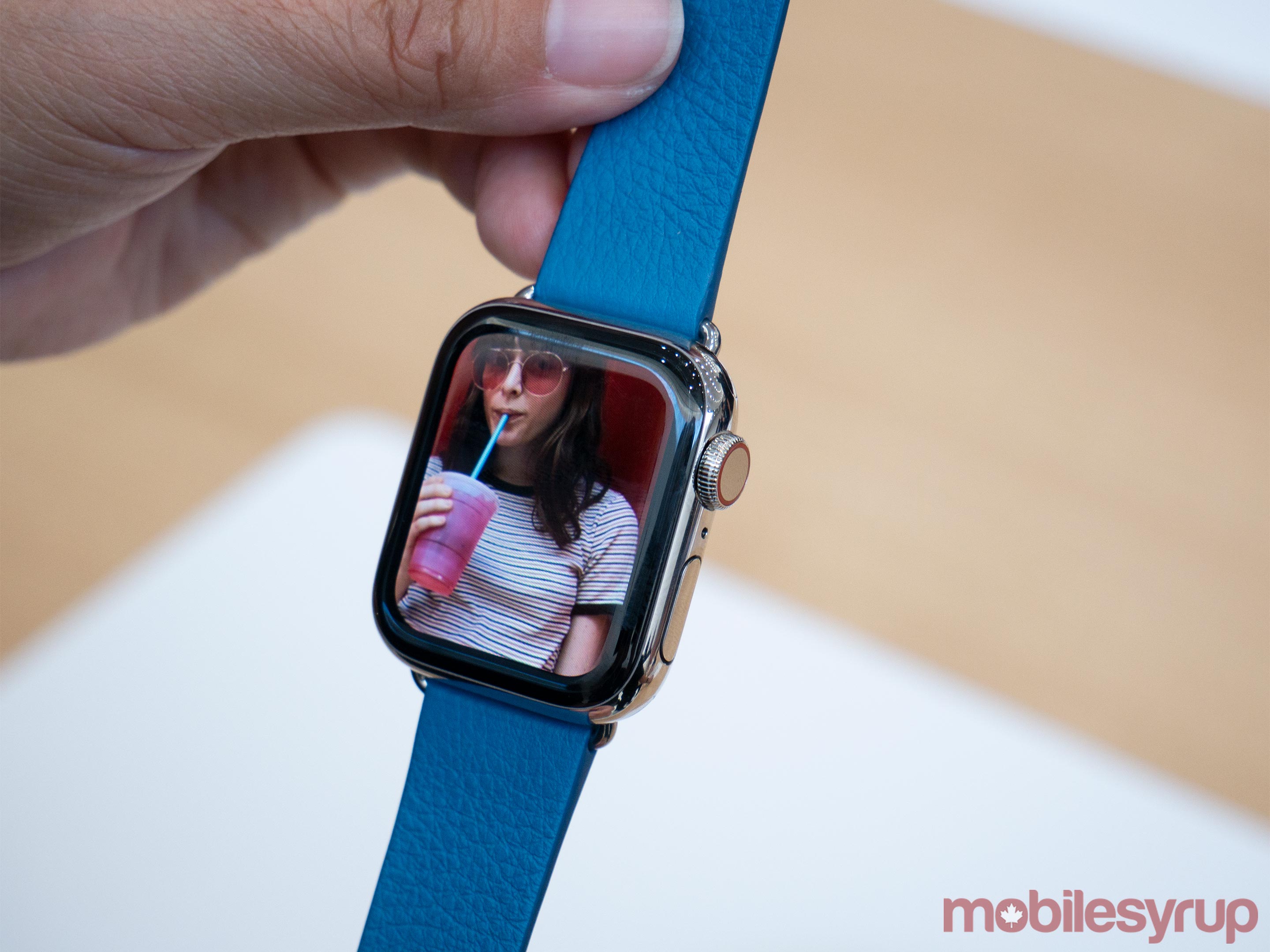 The new Apple Watch Series 4 will be available starting on September 21st, with preorders opening on the 14th. The GPS version of the watch is set to be priced at $519. The GPS and cellular variant costs $649. Additionally, the older Series 3 model is now priced at $369.