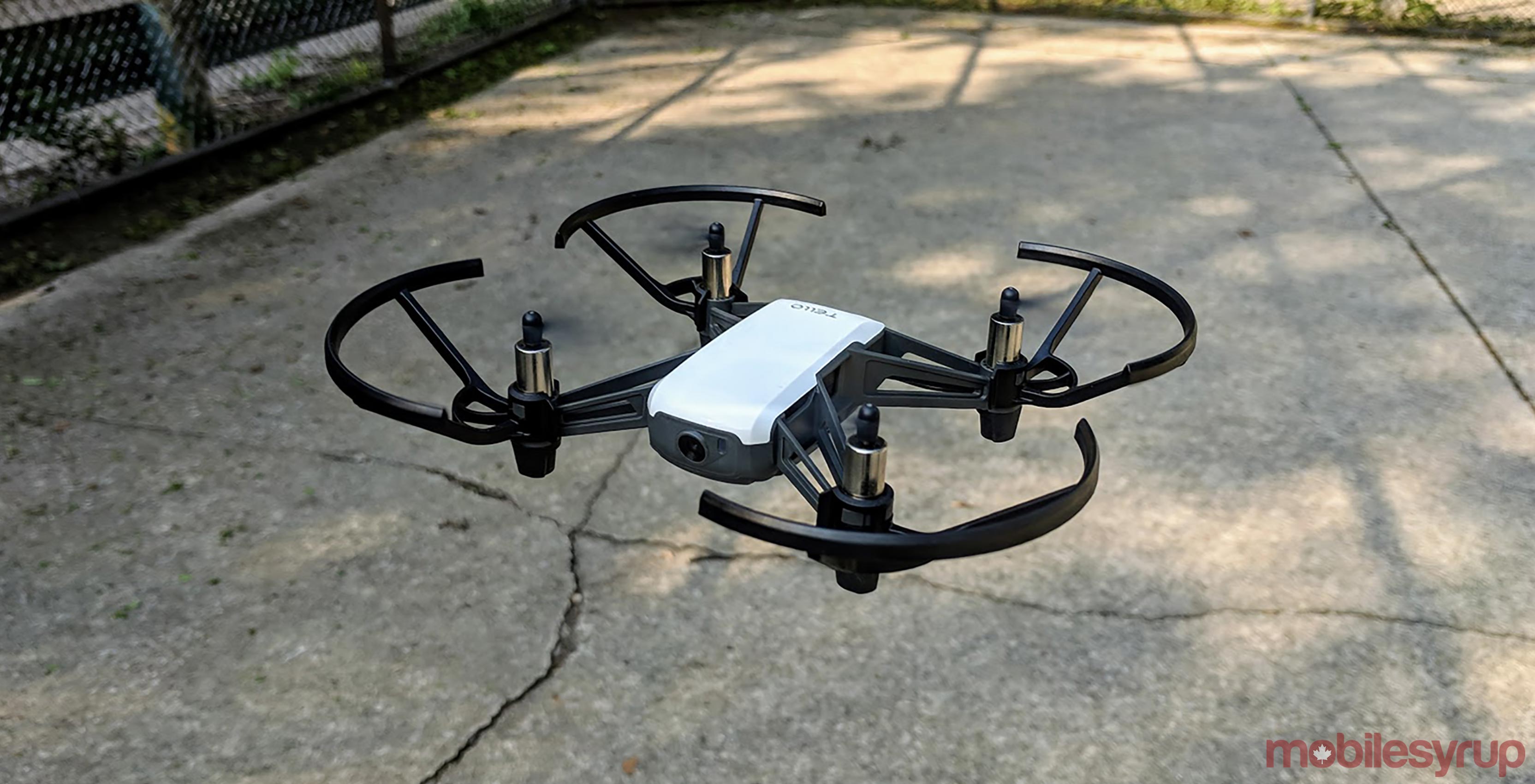 Owning a drone in Canada (and many other parts of the world) can be a bittersweet experience. Decent drones cost hundreds, if not thousands of dollars, and there are strict limitations on when and where you can fly them.

If you’ve never flown a drone before, the learning curve typically involves a crash or two. 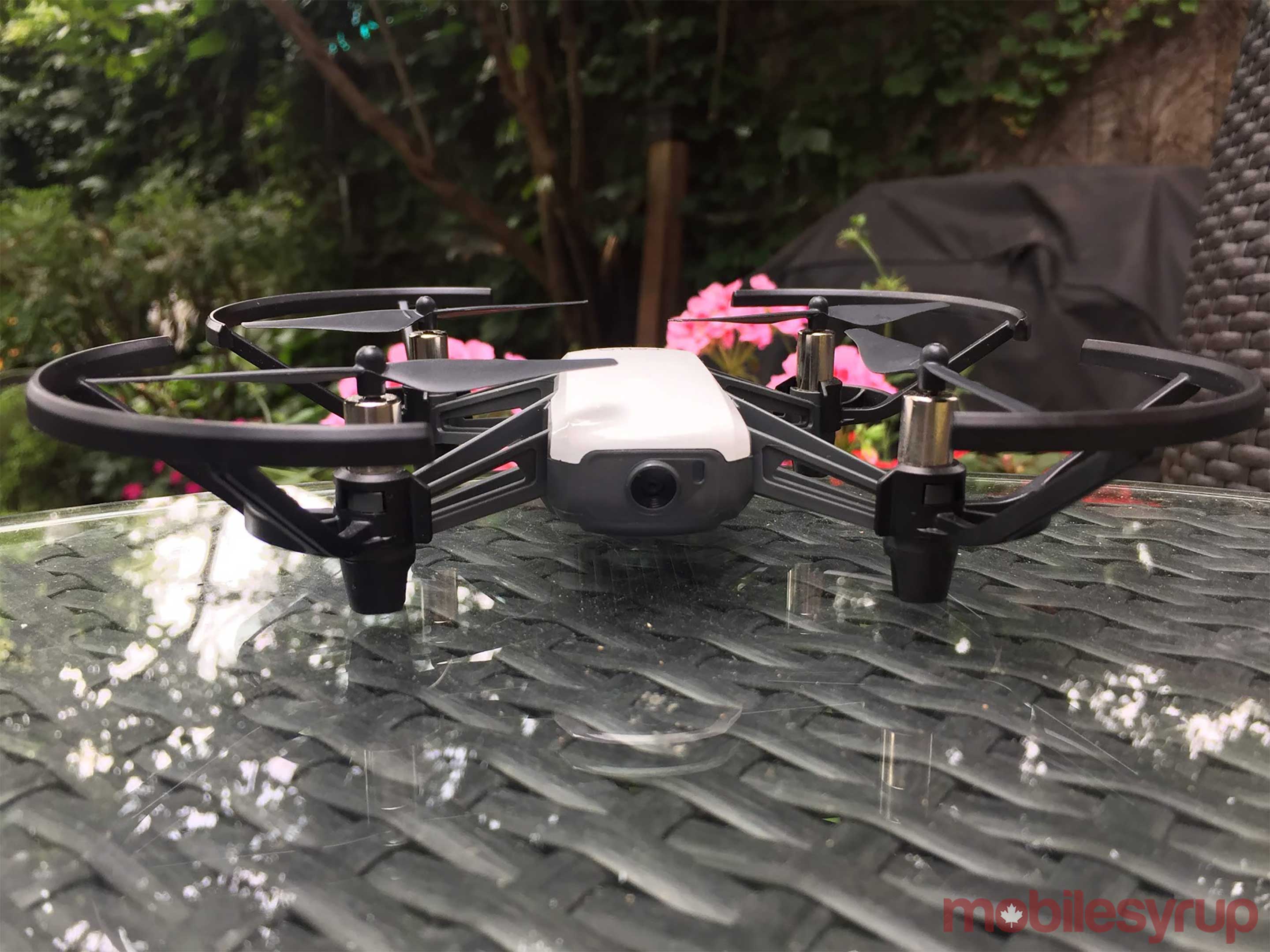 These accidents can range from mildly annoying (a damaged propellor) to the catastrophic loss of the whole drone. These realities have made plenty of adults think twice before buying their first drone, and it’s meant that kids who want a drone typically end up with a $30 toy from Amazon.

What we need is an inexpensive drone that shoots quality video and photos, can hover without drifting, has an easy to use interface, and is built to withstand the inevitable collisions.

The palm-sized Tello, from Ryze, is just such a drone.

Introduced earlier this year, the diminutive $129 CAD Tello looks like a toy, but thanks to a little help from drone market leader DJI, it’s a toy with some serious skills. Its key differentiator is the ability to maintain a very stable hover after liftoff, both indoors and outside (when there’s no wind).

For beginners and veteran drone pilots alike, this instills a lot of confidence. There’s nothing worse than knowing the moment a drone becomes airborne it’s likely to careen sideways into a wall without your intervention. Serious consumer drones like DJI’s Spark and Mavic series, accomplish this through GPS and GLONASS (the two major satellite-based global positioning standards) — but these only work outdoors. 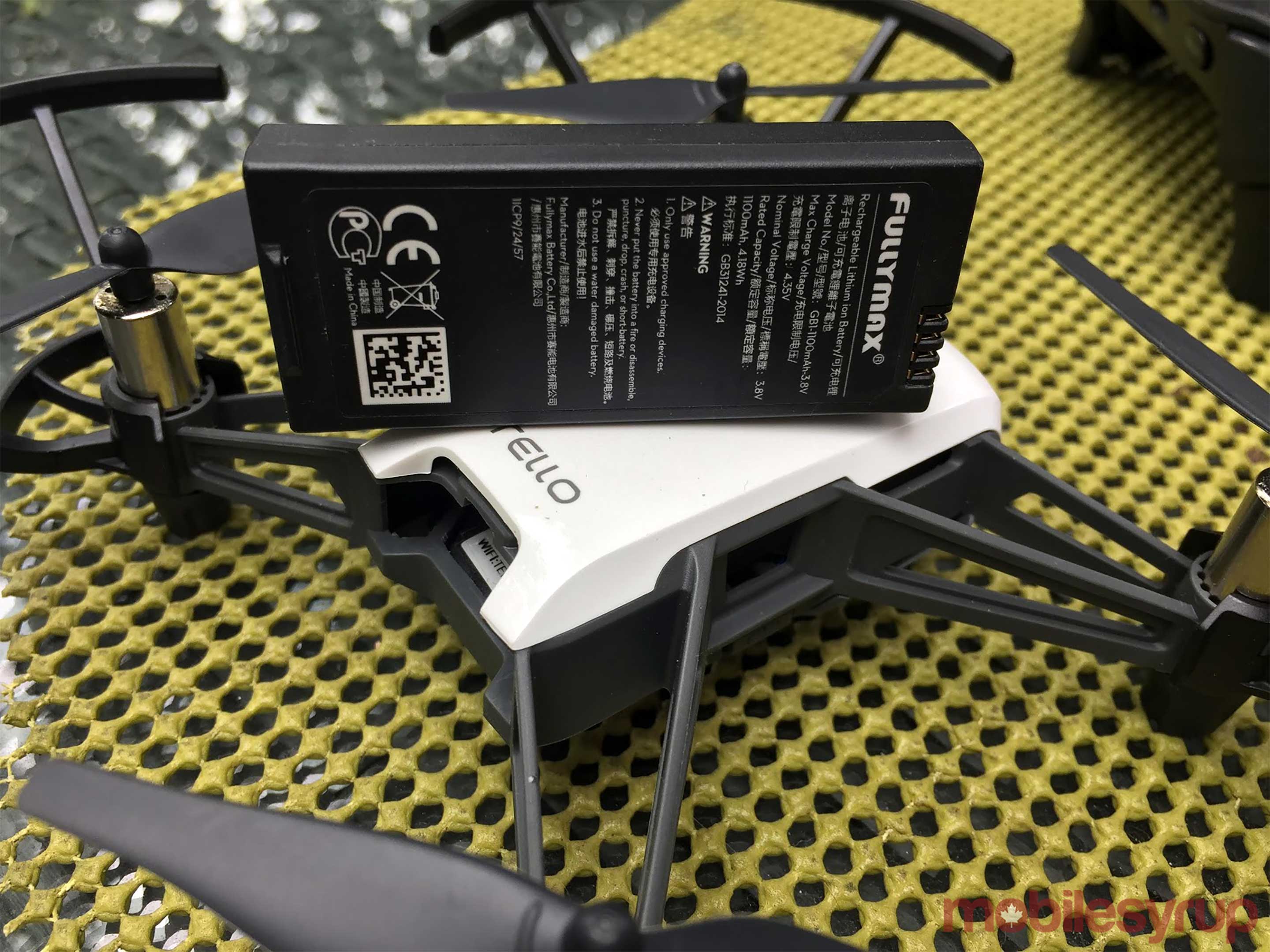 Indoors, DJI relies on its Vision System, a set of cameras that point downward, and constantly evaluate the ground below. It’s similar to how an optical mouse understands how far and how fast you’ve moved it. Ryze teamed up with DJI on the Tello, and its DJI’s vision system that keeps the non-GPS Tello from wandering away unexpectedly. It works best when indoors, in a brightly lit room, but it also fared well outside, too. In dark conditions it gets very confused, but the app warns you if this is the case before you takeoff.

Of course, at only 80 grams — including the battery — the Tello is no match for even the slightest of breezes. Flying it outside will mean staying vigilant at all times. On the upside, it easily falls within Transport Canada’s non-regulated drone category, so if the weather is on your side, there’s almost nowhere you can’t fly it (assuming you follow some basic guidelines).

You control the Tello using the free app (iOS/Android). It has fairly standard on-screen controls: One thumb for up/down and rotate right/left, the other for forward/backward and side-to-side. These are easy to get the hang of, but I’m disappointed that Ryze didn’t include a ‘headless mode.’

Headless operation of a drone means that you never need to worry about which way the drone is facing. When you tell it to move forward, it will always fly away from its starting position, even if you’ve spun the drone 180 degrees while flying. For beginners, it takes the guesswork out of flying. If you’re keen to get experimental, and own an Android phone or tablet, you’ll find plenty of third-party Tello apps, and some of them offer headless navigation. 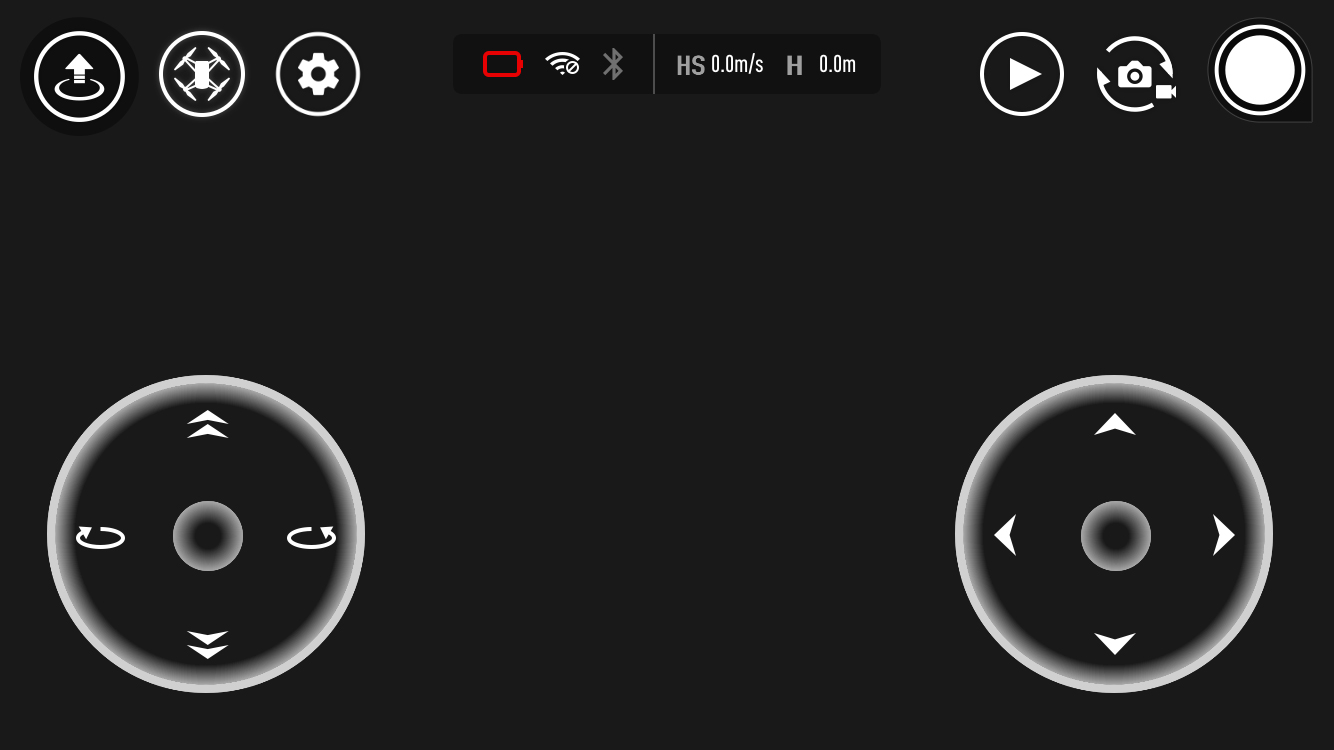 The Tello responds instantly to these controls, and with an intuitive level of proportionality — slide the forward control a little and the drone moves away slowly. Push it further and it increases its speed. If you let go of the screen, the Tello immediately returns to a hover. There’s also a high-speed setting for when you’re feeling confident. With a maximum speed of 28 km/h, it won’t take very long to get to the end of its 100 meter maximum operating distance.

As good as the on-screen controls are, you owe it to yourself to pair the app with a compatible Bluetooth game controller. I tried out the excellent SteelSeries Nimbus (one of a handful of iOS-compatible controllers) with my iPhone 6, and had a blast running the Tello through its paces. 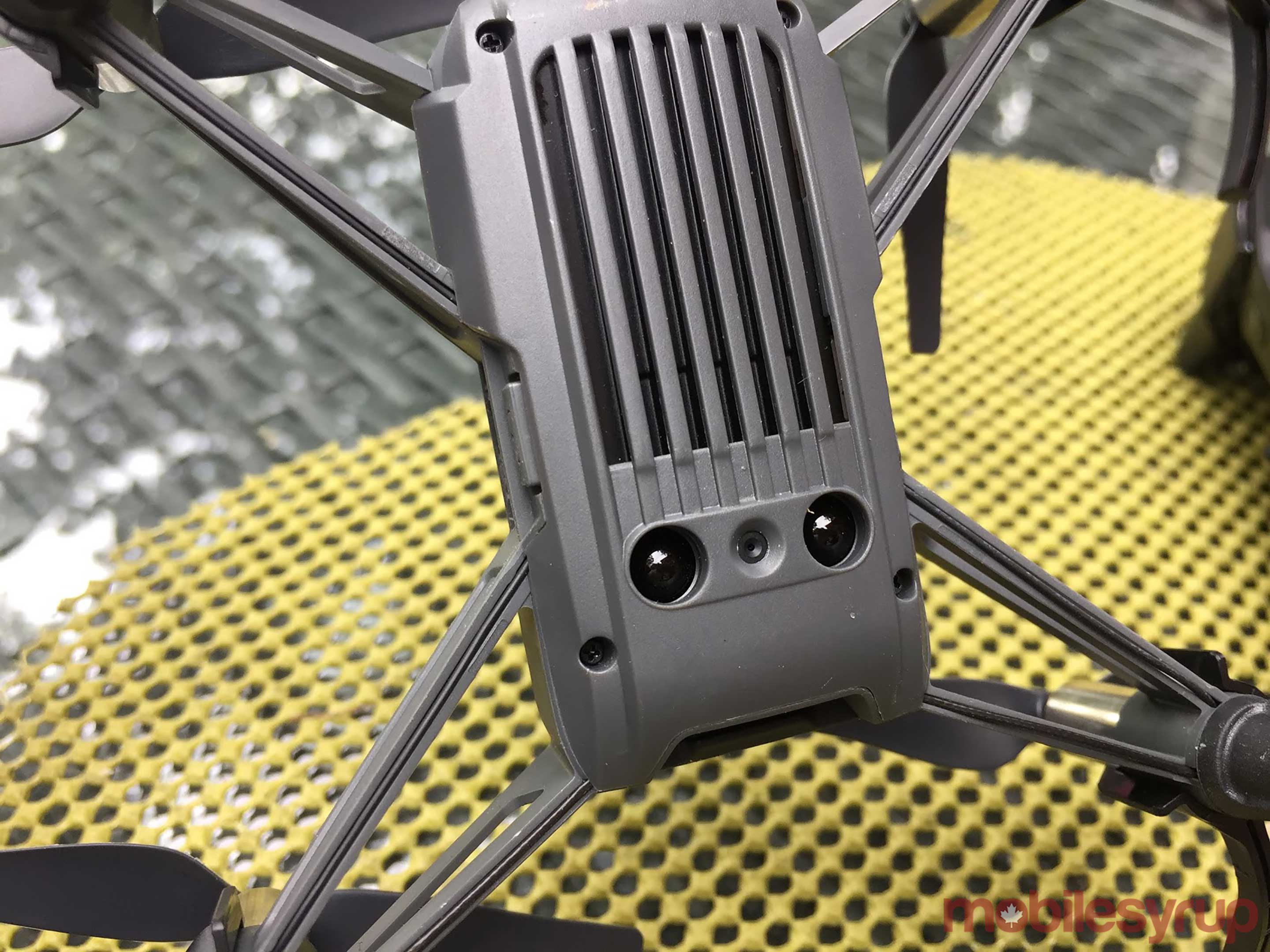 Not only do real, spring-loaded control sticks give excellent feedback (it’s almost as good as standard DJI controller, and way better than the ones that control toy quads), you can trigger all of the Tello’s functions including takeoff/land, video and photos, and the 8D flips, using various button combinations.

The only catch is that I noticed video recording quality became greatly reduced when using a Bluetooth controller. Was this because of the controller? The iPhone? The Tello? I not sure, but I hope Ryze finds a way to improve it.

For an even more immersive experience, you can switch the app’s display to goggle mode, and insert your phone into a compatible VR headset, like Google’s cardboard. You can always see what the Tello sees on the main control screen, but there’s nothing quite like flying it from a first-person perspective.

Did I crash the Tello? Oh boy, did I ever. I flew it into a tree and watched in horror as it plummeted 15 feet onto paving stones. Not a scratch. Yelped in despair when it flew up to a ceiling and then crashed down two flights of wooden stairs.

The battery popped out, but otherwise, just fine. Even the included propellor guards (which I never flew without) stayed firmly in place despite my embarrassing displays of pilot error. This is one tough little drone.

The real fun starts when you begin playing with the app’s six built-in flight modes. Three of them are designed to let you record popular aerial videos with a single tap, like Up & Away (a typical dronie-style shot), or Circle (the Tello flies in a circle pattern while facing into the circle), and 360 (a 360-degree panorama video) — no piloting skills needed. 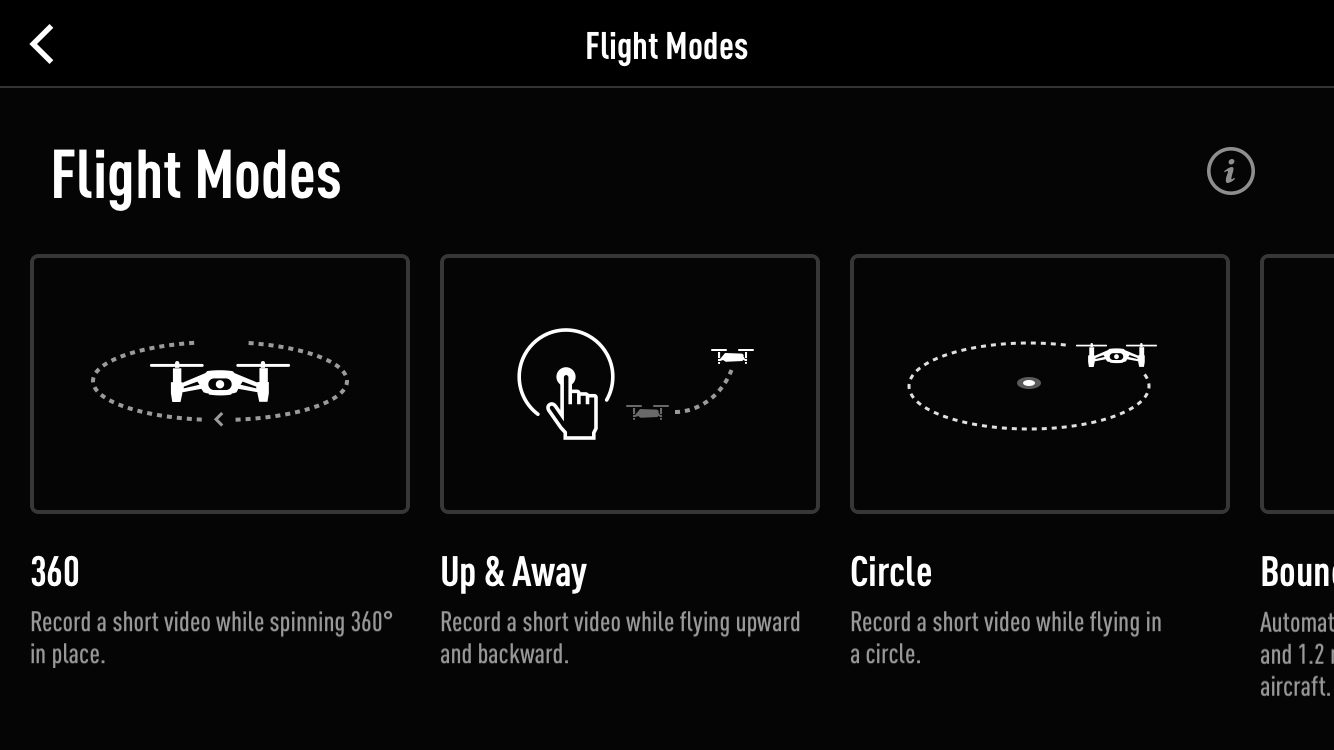 The other three are just for fun: 8D Flips (you can flip the drone in both directions, across both X and Y axes), Throw & Go (launch the Tello simply by throwing it in the air), and Bounce Mode (the drone will fly up and down over any surface including your hand).

Video — the good and the bad

You can shoot 720p video and 5-megapixel stills at any time, both of which are captured over the Tello’s Wi-Fi connection to your smartphone. There’s no on-board memory or microSD card slot, which is unfortunate. Video quality is highly dependent on your Wi-Fi connection, and it can be very jerky when that connection is poor.

On the other hand, your video quantity and length is limited only by the Tello’s battery life and your smartphone’s storage capacity. In this new era of 4K HDR TVs, 720p may seem downright fuzzy, but when the conditions are good (both for Wi-Fi, lighting, and wind) the results are pretty good. 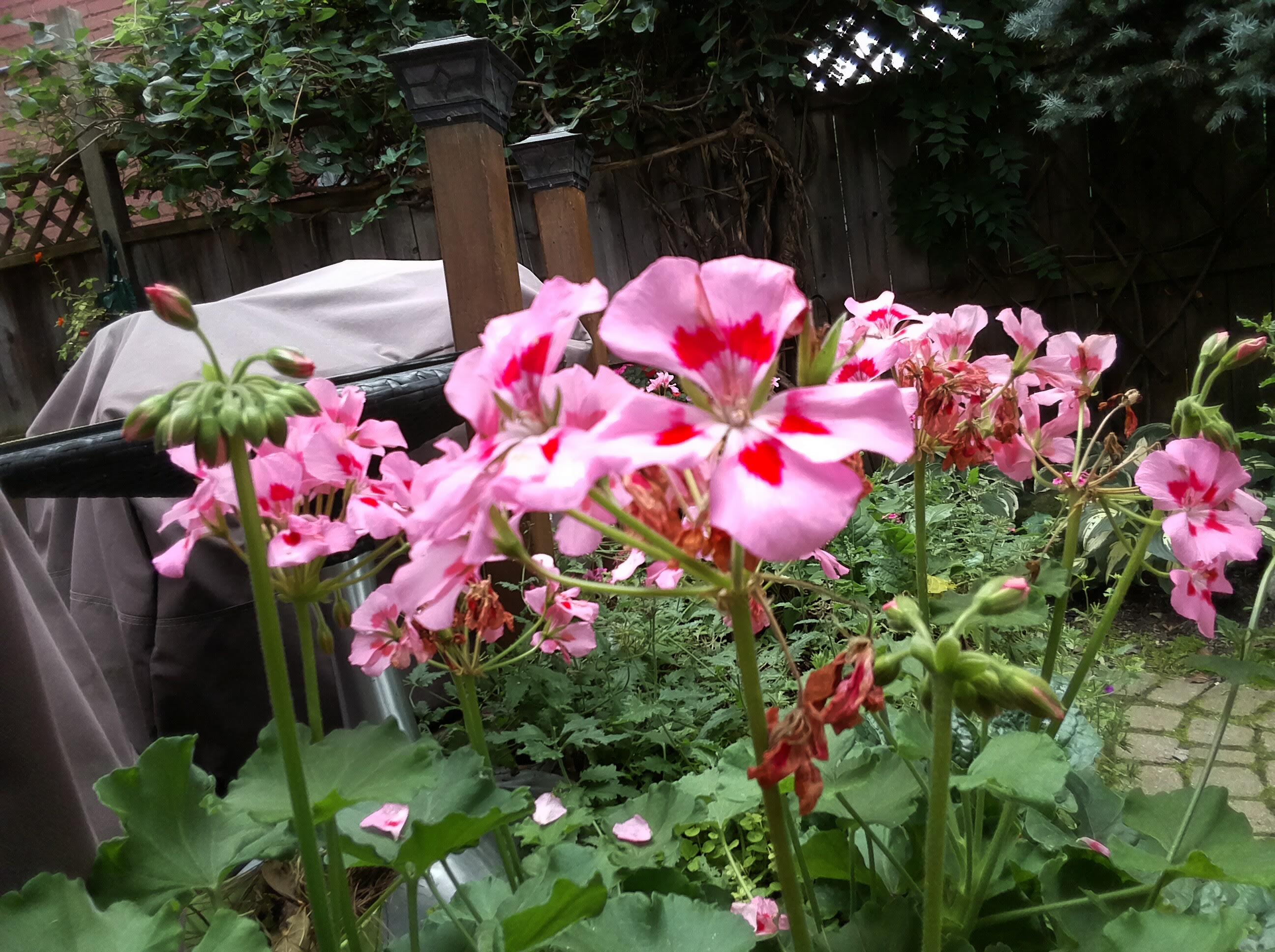 The Tello has EIS (electronic image stabilization), which helps smooth out the shots, but it’s not as good as the EIS in a GoPro Hero 5, and no match at all for a 2 or 3-axis gimbal. Photos are decent too, but again, only by comparison to drones that cost under $100.

Speaking of battery life, Ryze claims it’s about 13 minutes of flight time per charge, but I’d say it’s closer to 11 minutes. Additional batteries are mercifully inexpensive, as is the optional three-battery charger. Normal charging is done through the Tello’s microUSB port.

Though I didn’t test this feature, the Tello programmable, using Scratch — a relatively simple language that’s been a favourite with K-12 educators for years. In conjunction with the Tello SDK, Scratch can control all of the drone’s flight functions, yet curiously, not the photo or video features.

Nonetheless, given the amazing group acrobatic drone shows that Intel has produced, it’s really cool to be able to script your own drone show using an off-the-shelf product like the Tello. It’s not a coincidence that it’s an Intel chip powering the Tello’s avionics.

Whether you’re curious about drones yourself, or having been thinking of buying one for a youngster in your life, the Ryze Tello is an ideal learning platform.

Its stable, smooth flight, coupled with an easy control scheme and impressive durability, makes it a toy that will still be in regular use — long after cheaper toy quads have been tossed aside. 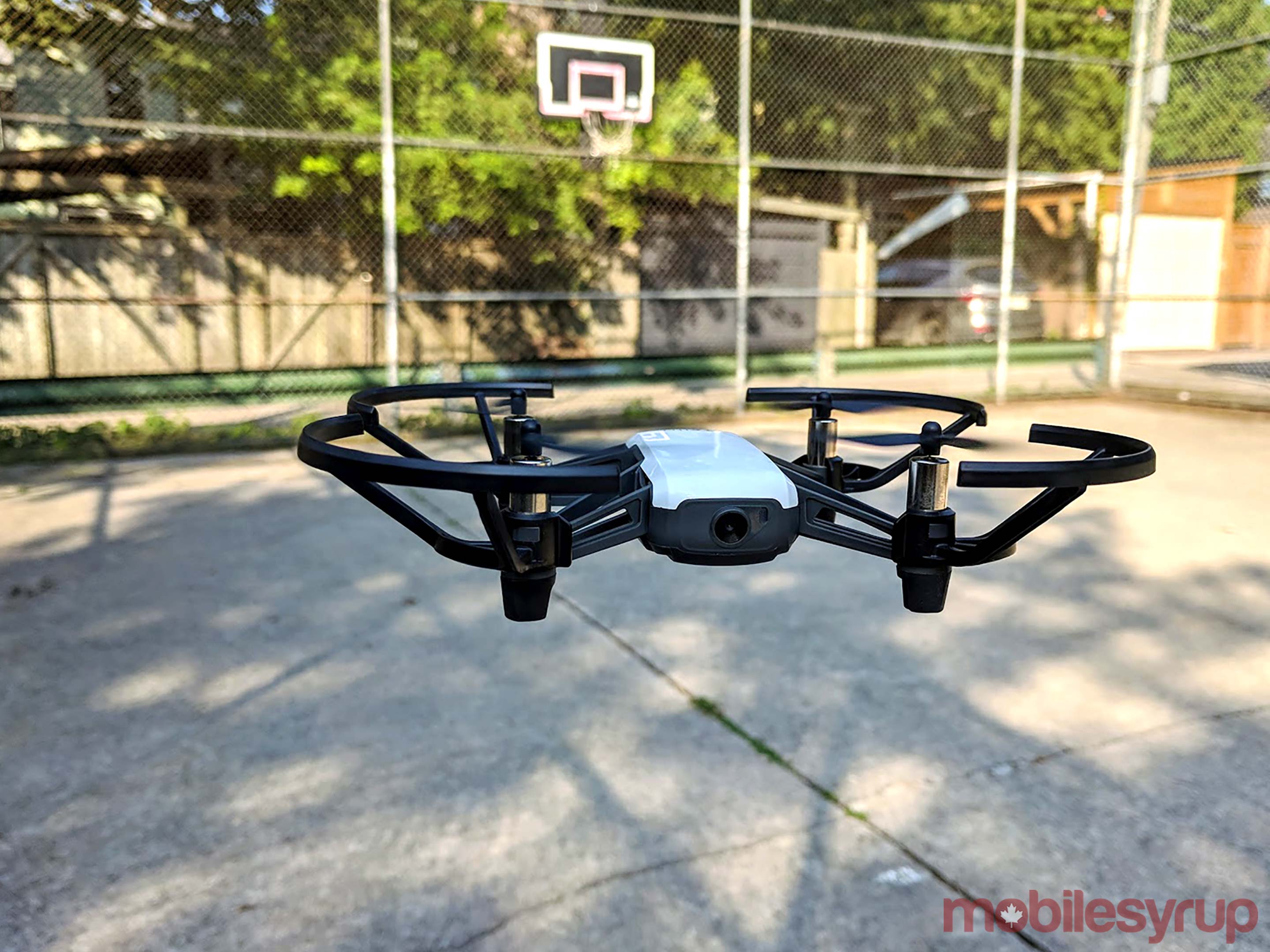 Its video quality should be more than sufficient for the casual dronie (clearly its target market) but may disappoint anyone looking to do much more.

Still, you can learn a ton about drone cinematography using the Tello, which will put you further ahead when it’s time to step to something more serious.